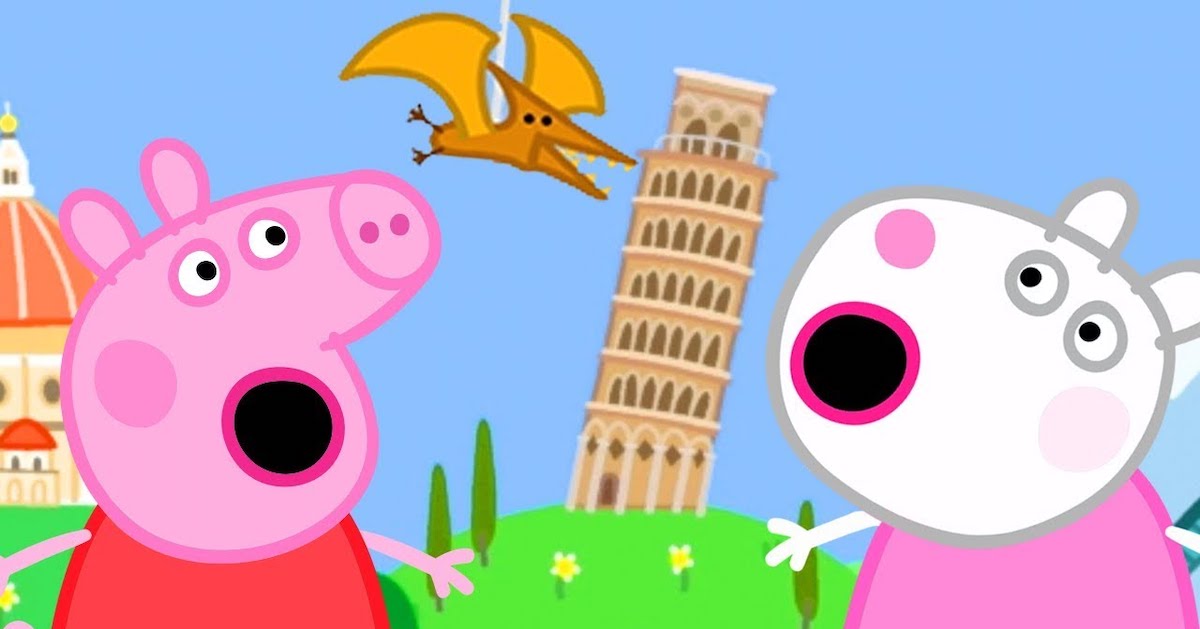 Peppa Pig is a delightful character who helps to teach children about processing emotions, experiencing new things, interacting with family, and apparently terrorizing the neighborhood. Peppa may look like a tiny figure on television, but according to a Google search, she is actually enormous.

Twitter user @Memeulous was having a wild Saturday night when they decided to look up how tall Peppa Pig officially is. I’m not saying marijuana was involved, but that’s definitely the sort of thing I would only wonder while high. The answer was pretty scary, so I truly hope they weren’t stoned when they read this:

Peppa Pig is seven feet and one inch tall.

In her world, she appears to be about the size of a normal child in proportion to everyone else. The fact that she’s actually over seven feet brings up a lot of questions. Like, how big is Peppa’s dad, in that case?

Her mom is 2 Peppas tall and her dad is 2 and 1/2 or 3 Peppas, and that's just a guesstimate. Jesus that's terrifying.

Y'all worried about Peppa Pig's height, you should really be worried about her dad isn't he like three times her size? pic.twitter.com/BmArJtQqAW

How big is daddy pig then… 👀

Still, that’s a very tall cartoon pig. I would find Peppa intimidating, but some people are looking for this kind of height. Like, the NBA.

Peppa Pig refusing to sign unless they can teach her to whistle pic.twitter.com/T9HIhleXh1

Peppa’s is not the only weirdly big children’s character. Someone pointed out that the Teletubbies could also play professional basketball, if they were just a bit quicker on the court:

Scout them teletubbies too pic.twitter.com/3PGGJ5Y2IW

Also, the cartoon kid, Callou is secretly a giant, coming in at seven foot one inch, too:

How tf they know his blood type

Maybe children’s shows just take place in an alternate universe where everyone is really, really tall. It’s sort of the opposite from adult movies, where someone seems really big, but they’re actually tiny. Like Tom Cruise. Peppa is the anti-Tom Cruise. And that’s why we love her.