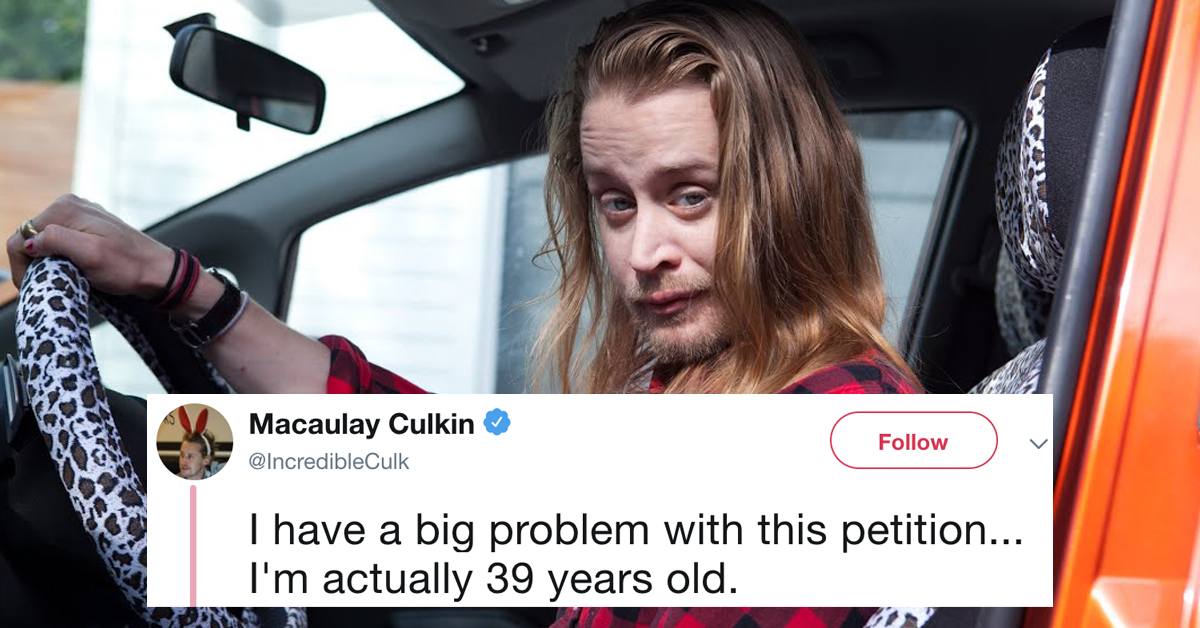 Home Alone looms large in America’s cinematic psyche. This is partly because it’s a great movie and partly because it’s played 24 hours a day for a week during the holidays. Recently it was announced that Disney is planning a Home Alone reboot of the classic film and now one fan’s pleasantly unsettling vision for the project has picked up steam online.

In a Tweet that has gone viral Lawrence Ward demanded that Macaulay Culkin be allowed to reprise his iconic role as Kevin McCallister, writing:

“Disney are remaking Home Alone. This is a petition for them to re-cast 38 year old Macauley Culkin as 9 year old Kevin McCallister and have nobody in the film acknowledge it.”

The key points appear to be that the role be played by Culkin (who else honestly?) and that the character’s 30+ year leap in age go completely unacknowledged leading to a wonderfully weird effect that might tear the entire universe gloriously in half. Or might just be really funny.

Thanks to the wizardry of the internet, Ward was quickly fact-checked by Culkin himself, who corrected his age (he’s 39) but was otherwise “100% behind this idea.”

I have a big problem with this petition…

Also, you spelled my name wrong… Otherwise I’m 100% behind this idea.

It’s good that Culkin has signed on because everyone else who heard the idea was very much on board.

I'm actually fine with that https://t.co/G6NSb5xWFy

I wouldn’t just pay to see this movie, I’d pay to help crowdfund it. https://t.co/QRHMS0r1r8

MAKE THIS A THING https://t.co/ShErPAPZQ6

If we’re lucky such a movie would have the same energy as this sketch Culkin appeared in a few years ago.