Ever since someone told me “if your hand is bigger than your face you’re stupid” and then smacked me in the face, I’ve been a bit wary of statements like this.

However, Twitter user @aarynwhitley noticed an interesting pattern, and it’s being backed up by proof. 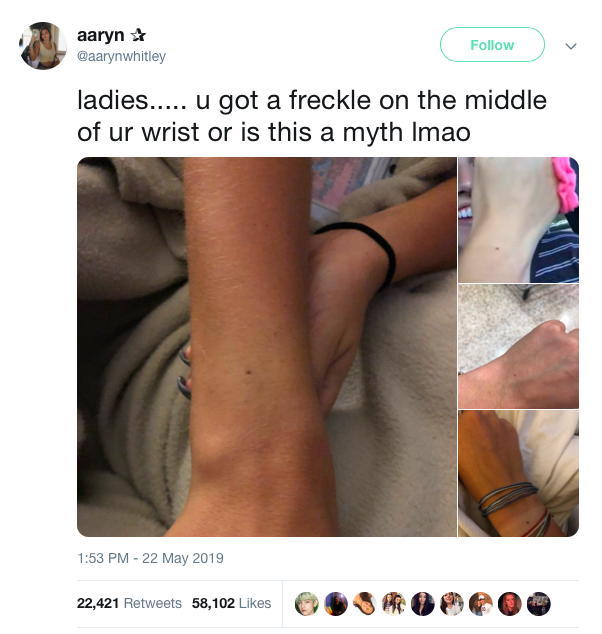 Now that you’ve checked your wrists (guys, you know you checked too) what did you find? What does it mean? Is it some kind of genetic marker? Is it bad if you don’t have one? Like some kind of Star-bellied Sneetch situation? Who knows? All we know for sure is, a lot of women have it.

WTF
(I also have one on my left wrist but it isn't perfectly centered like this one) pic.twitter.com/QXDEnPF6dw

With over 22K retweets and over 11K replies, this has if nothing else, peaked people’s curiosity. 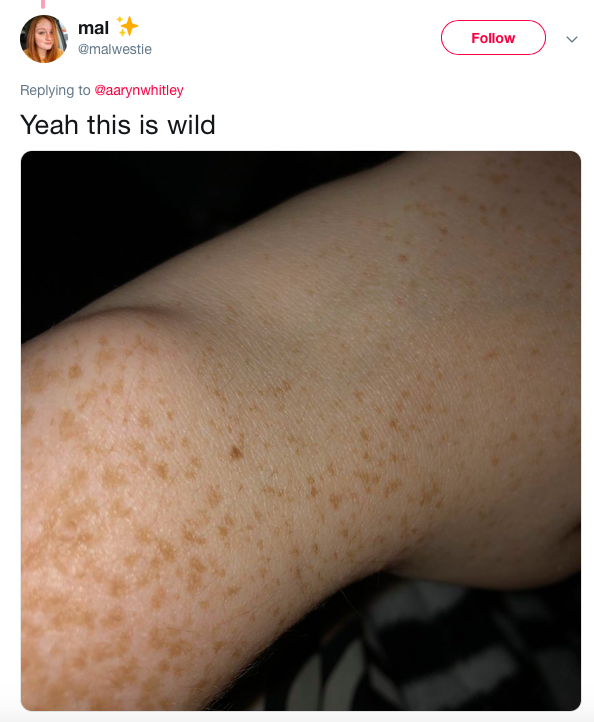 Someone with even more freckles than the pic above joked “I mean I guess.”

But then another woman pointed it out. 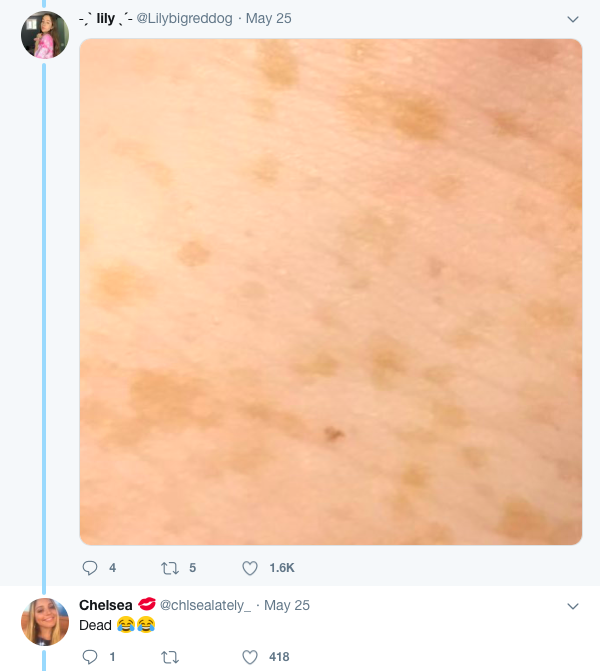 While this seems like something silly that can’t possibly be true, the sheer number of women responding with pictures is a little offputting. 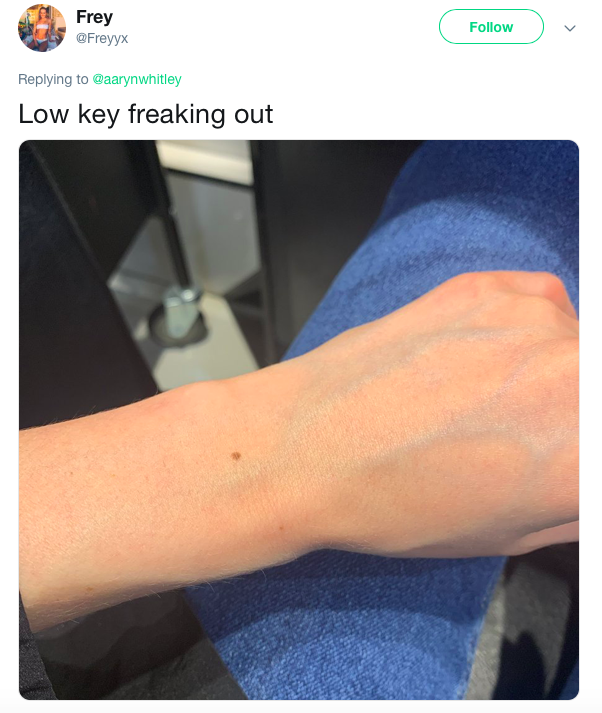 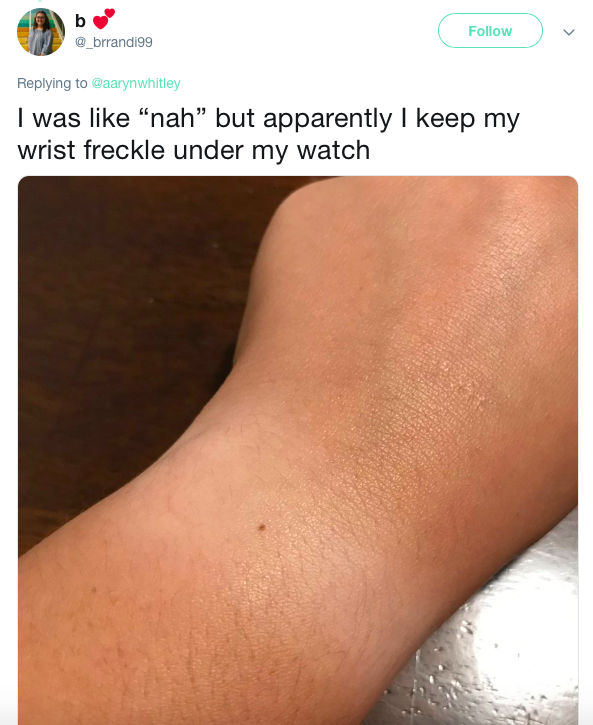 And if you’re sitting there like “I’m special, I don’t have one,” remember you have two wrists. 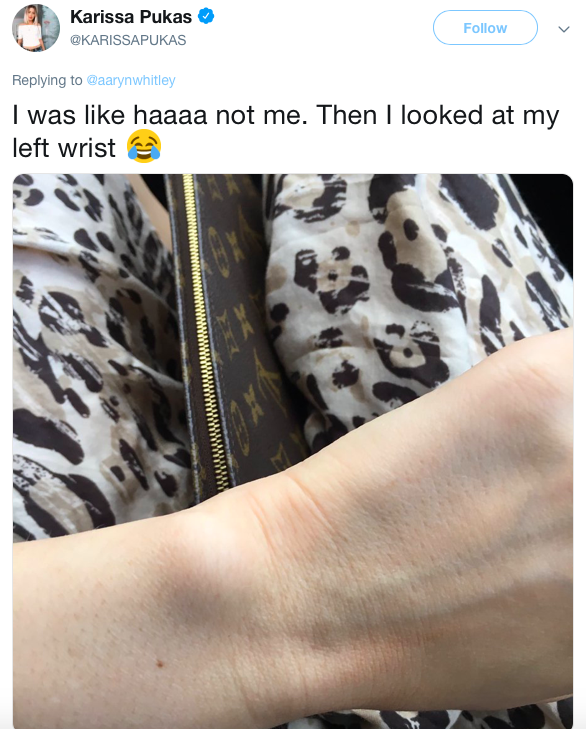 I mean, how often do you even look at your wrists?

Whether it means something or not, you have to admit it’s pretty interesting. I know I’ll be looking at women’s wrists for the next few days, but not in a creepy way. IT’S FOR SCIENCE.