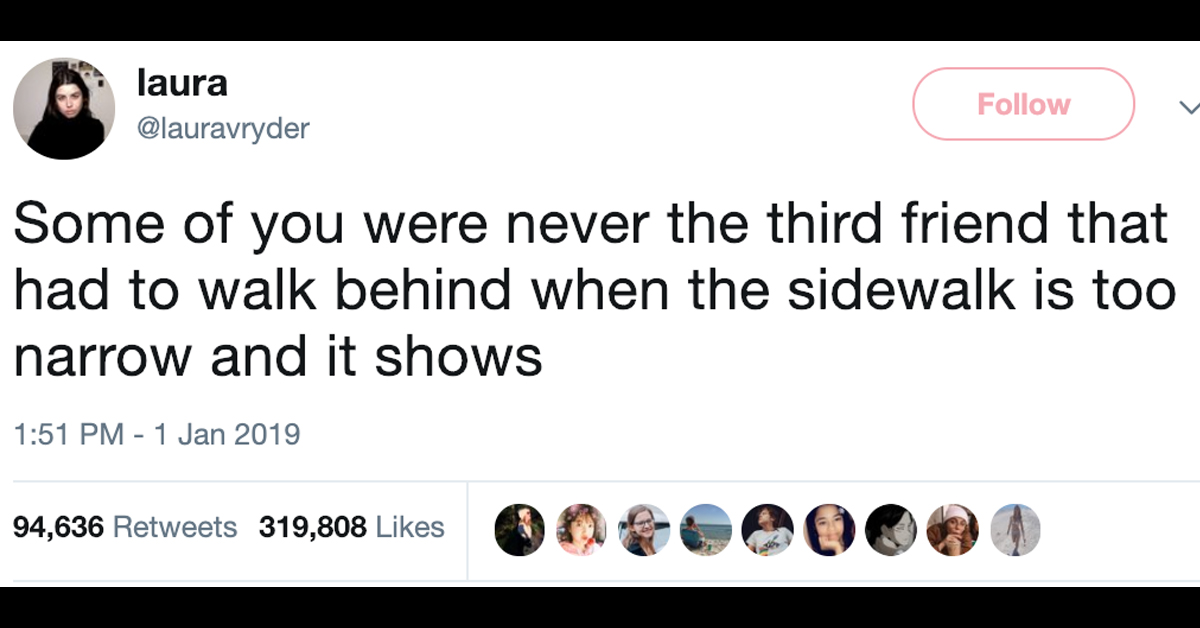 Everybody knows the answer to the nature vs. nurture debate is “both,” but I think we can all agree that nurture plays a far more integral role in shaping our adult selves. After all, identical twins raised in vastly different circumstances and opportunities will end up very different people (just give Three Identical Strangers a watch!)

Point being, the way you grew up reflects on who you are now. It shows. It really, really shows.

some of you have never impulsively cut your hair, dyed it or bleached as a way of dealing w emotions instead of seeking the therapy u need and it shows

some of y’all didn’t wear these bad boyz as a kid and it shows pic.twitter.com/vkBCvEc3VI

some of you have never ignored your best friend’s advice, your own advice, your therapist’s advice just to take the advice of a yahoo answers post from 2007 and it shows

Remember Netflix before streaming? When you could only pick up to 3 DVDs at a time. pic.twitter.com/OkvzviRUXo

Only 90s kids will remember this! *enjoys something without documenting it on social media*

A moment of silence for our kids who will never know the thrill of schoolin' another kid at a game of pogs in the 90s.