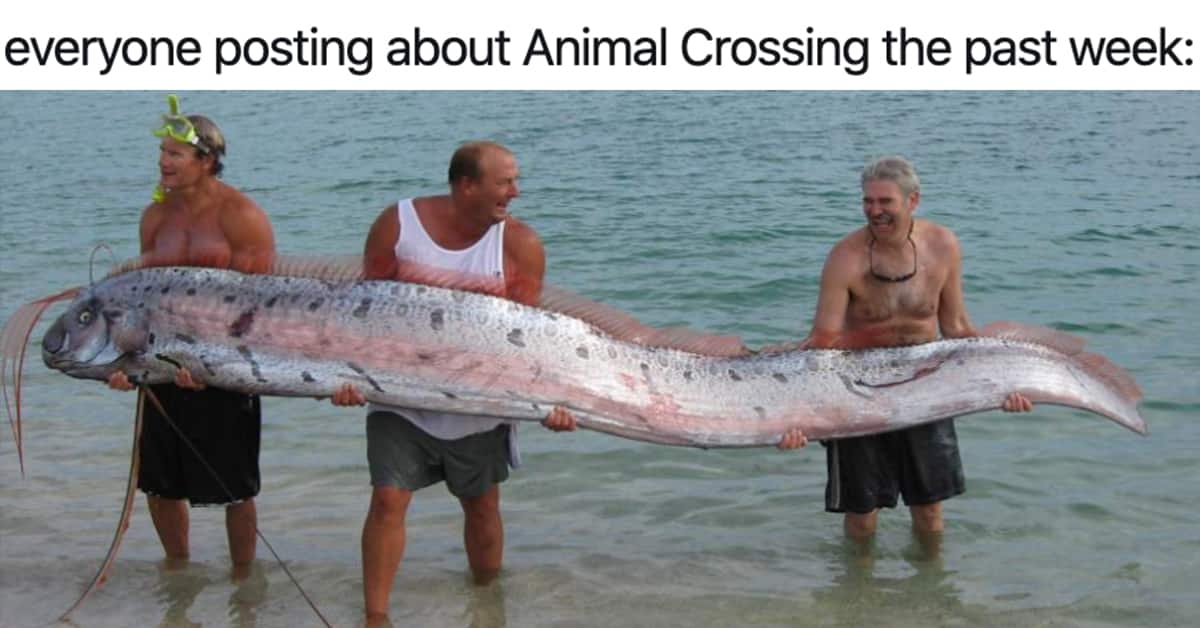 Somehow the makers of Nintendo Switch knew this would be the perfect time to release a new video game: everyone is stuck inside, everyone needs a distraction, and based on my Twitter timeline, everyone has one of their gaming devices. This past weekend Animal Crossing: New Horizons dropped, giving folks desperate to do something besides eat in bed or cry: play the game, and make the Animal Crossing memes about it.

While I’ve never played the game and have no idea what happens in it, based on these memes I think it’s a world where people carefully farm and tend a plot of earth, hoarding their wealth and attempting to become more influential than their neighbors. Folks, look around: does that ever turn out well?

At least the game is giving people a way to be creative, with Animal Crossing memes and jokes about the many weird and fun things about the world inside. If you play, you’ll find them hilarious. If not, you’ll probably still enjoy trying to piece together your friend’s strange obsession.

How many therapists are learning about Animal Crossing this week

everyone posting about Animal Crossing the past week: pic.twitter.com/R7bjLs9Drc

tom nook after he sells me a mystery ticket to tarantula island https://t.co/0NuhqrtQRq

me waiting for Animal Crossing to launch at midnight so I can further isolate myself within my own apartment pic.twitter.com/zdoquajZNI

going to play animal crossing. do not text me ever again

I died for this shitpost #ACNH pic.twitter.com/0EHQgSDUEU

Since we can’t do anything outside rn we went on a date in Animal Crossing pic.twitter.com/l2Fd2naRRG