The internet has made everyone into a shitty CSI character, screaming “Enhance!” at their own trackpads, convinced they’ve just cracked the code of our shared reality. The result is that you have conspiracy theorists and truthers for everything from 9/11 to the coronavirus pandemic. Currently, some nutbars think that Bill Gates and other members of the Illuminati released the coronavirus plague upon humanity using 5G cellphone towers and robot pigeons and whatnot.

One gentleman on Twitter named William Mullally was recently sent a novel new conspiracy theory by a friend that claims that Marvel knew about the 2020 pandemic way back in 2011 and slipped secret references to it into their film Captain America. This is obvious because the background of a scene of Captain America in Times Square featured both an image of Corona beer and what appears to be a picture of a germ. Case closed, right?

Although he puts little stock into the conspiracy theory something about the image caught Mullally’s eye and he began to investigate.

A friend who’s fully into the covid conspiracies sent me this post that says Captain America predicted the coronavirus outbreak in 2011, and while its obviously bs, I started fixating on that circled image on the right. pic.twitter.com/N4XywDTZEx

While his friend’s post speculates wildly about everything from coronavirus and freemasonry to George Floyd, Mullally was more interested in the part of the image that supposedly depicted a coronavirus eight years before the pandemic.

He knew he’d seen that image somewhere before and decided to do some internet research of his own.

It looks so familiar. What is it? I began to investigate. pic.twitter.com/WRmtlaeDkK

The image does look like either a germ or a fiery explosion. Mullally had one lead but it quickly went cold.

Like any good unpaid internet detective Mullally didn’t give up and enlisted friends to help. 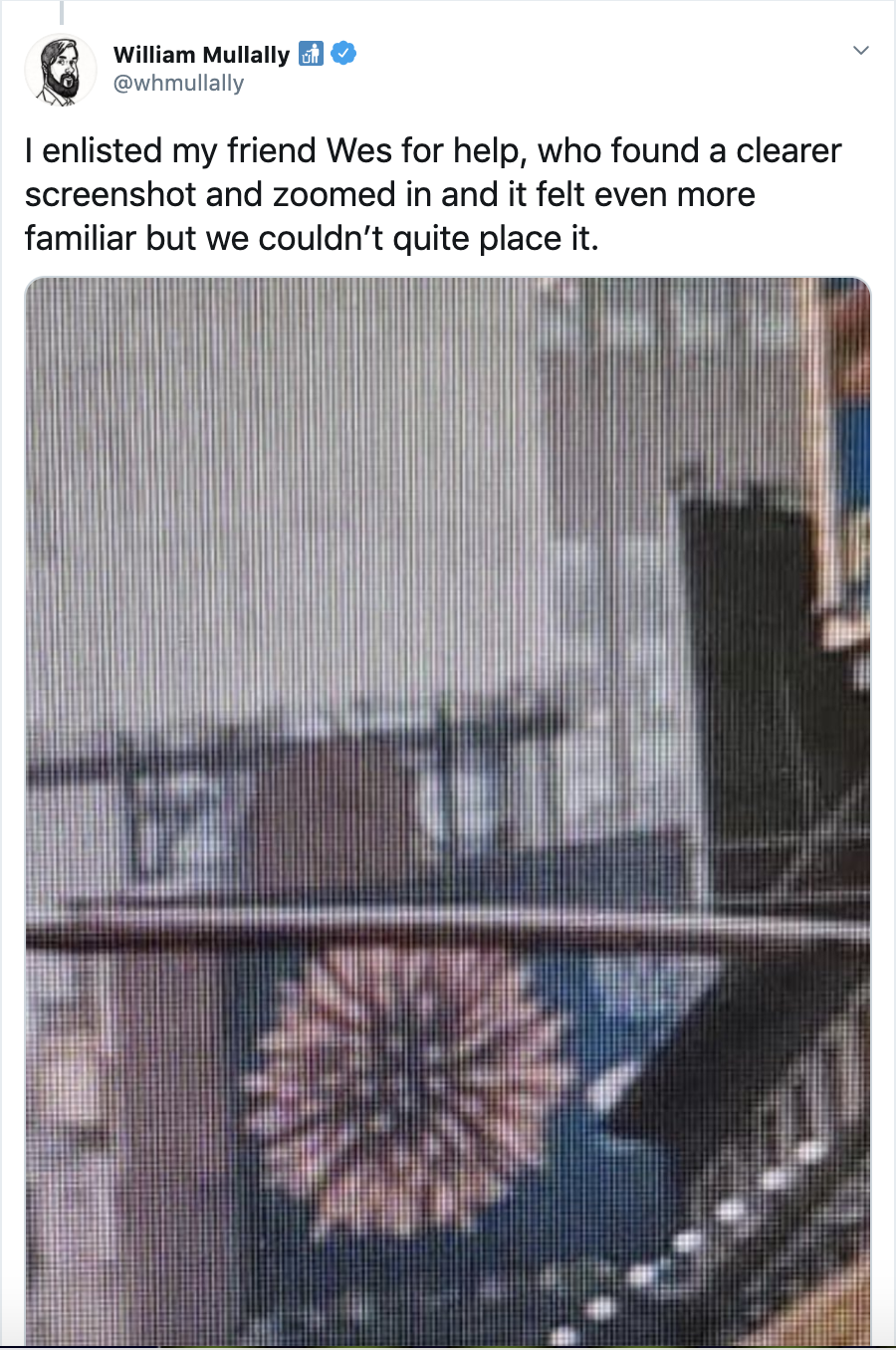 It definitely looks like fireworks at this point but this private dick was still hard up for more information. Enter: Wikipedia. 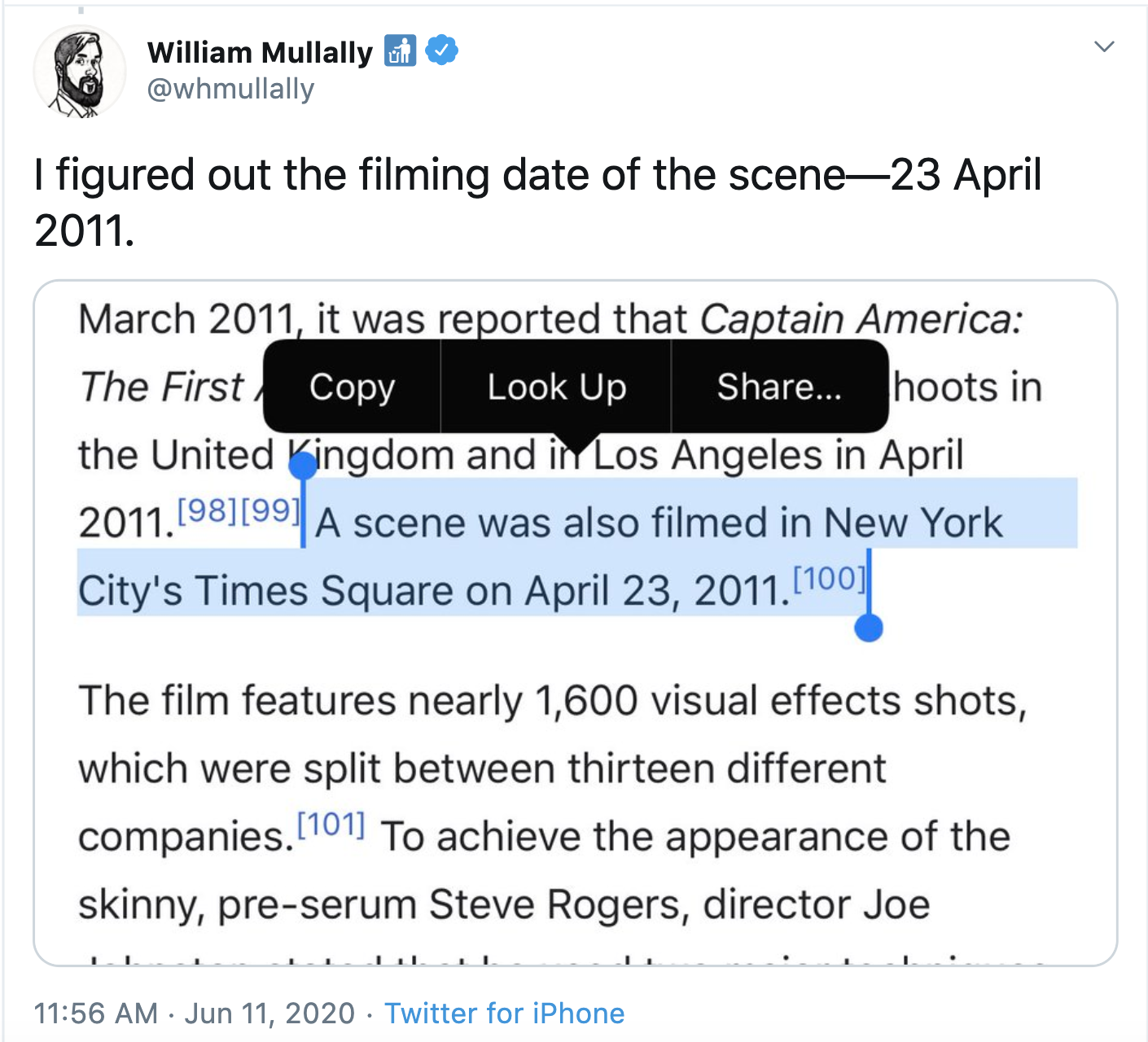 So what sorts of ads were plastered on the billboards of Times Square in that specific window of time? Lots of options but nothing seemed to fit. 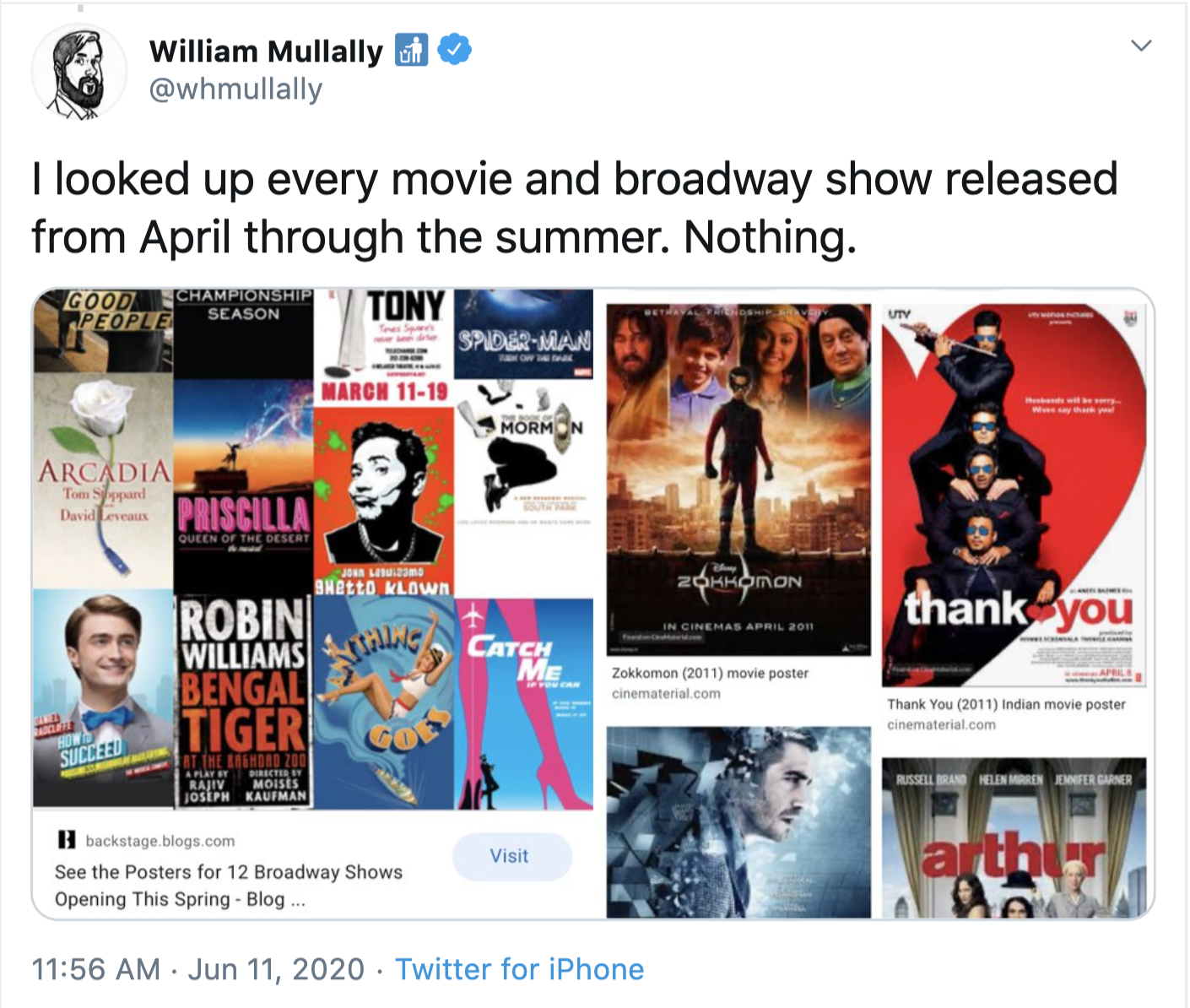 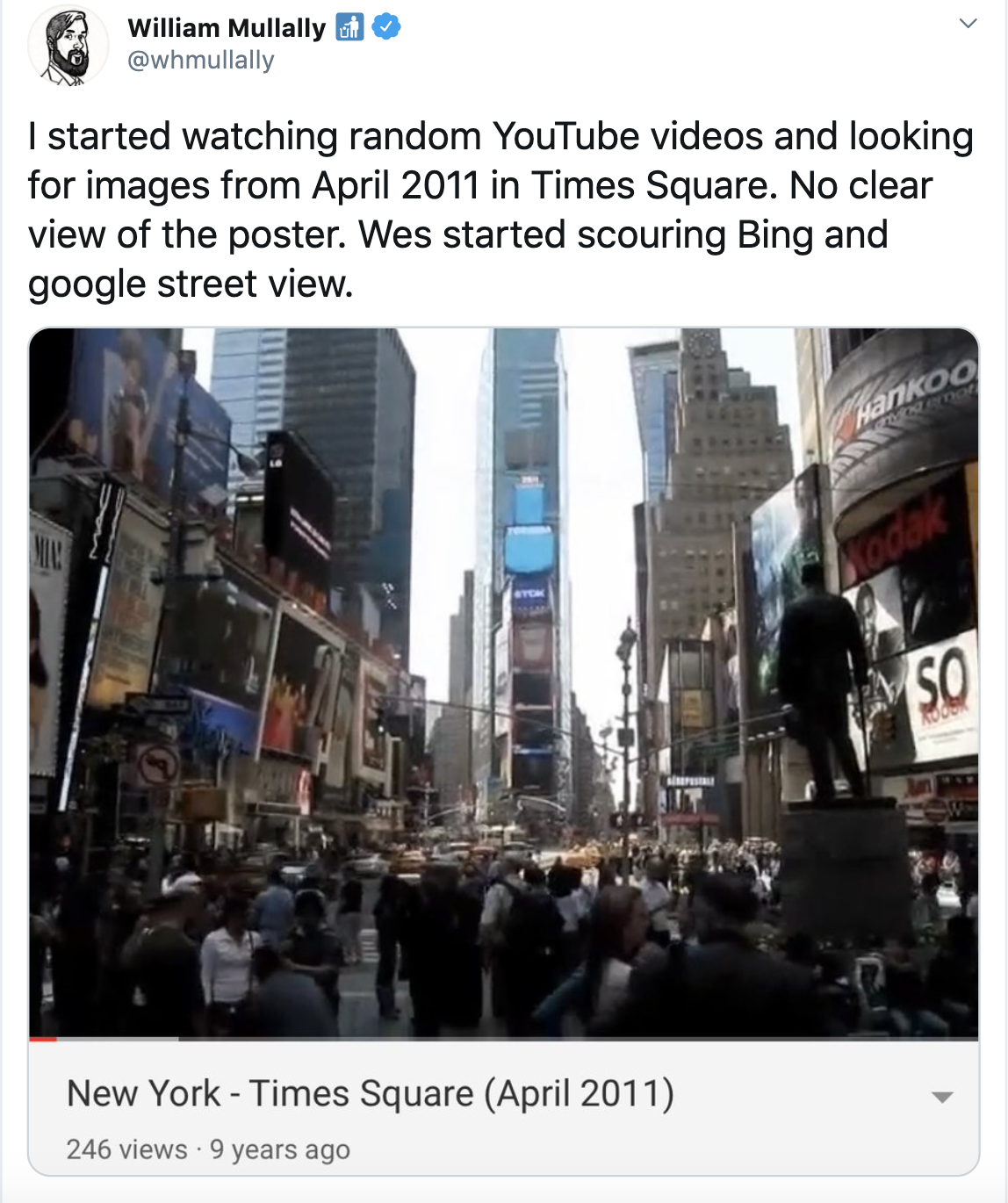 Did you read that? The sleuths were so obsessed with solving the mystery that they even resorted to using Bing…BING! Then all of a sudden there was a break in the case. 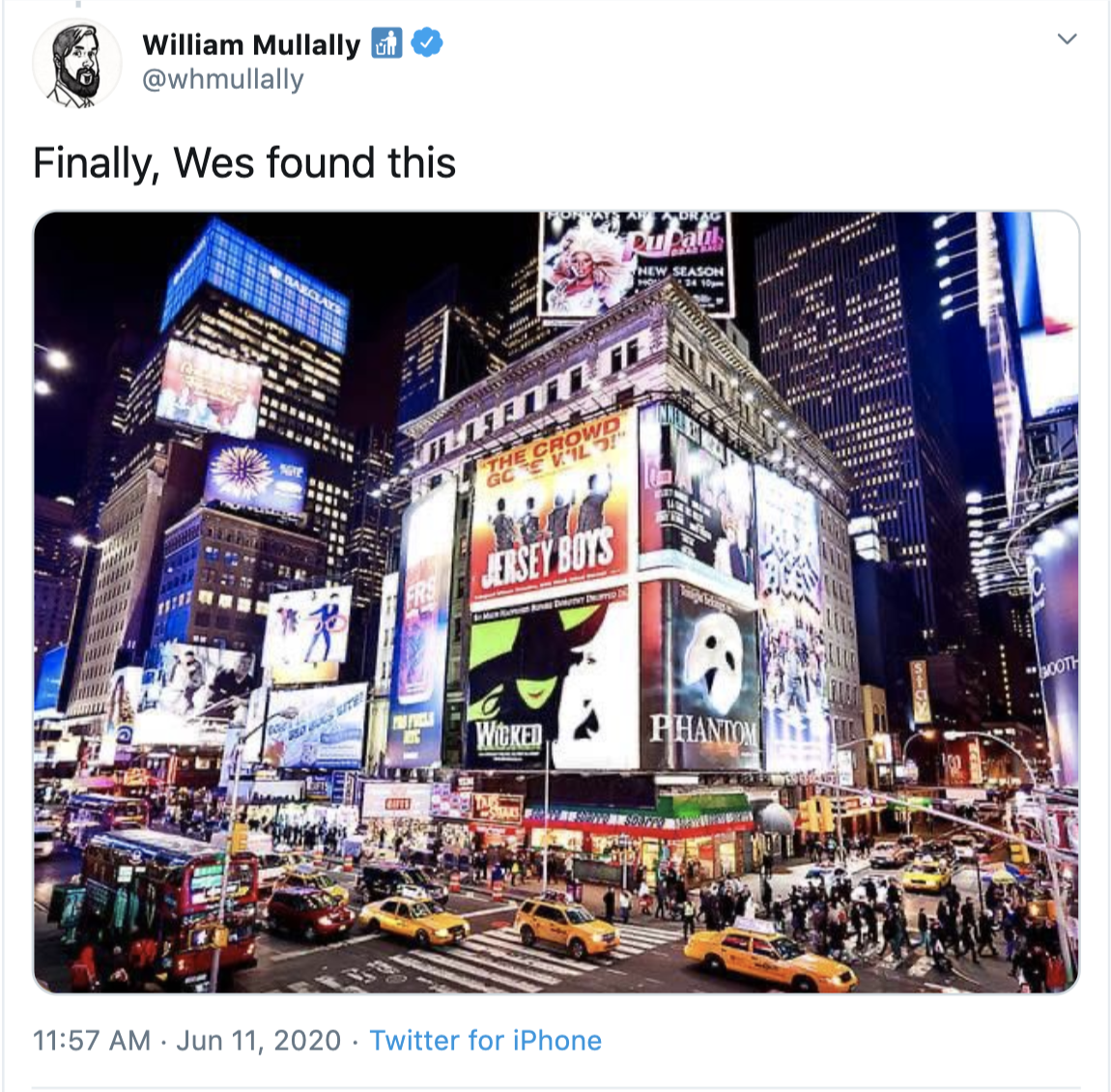 ENHANCE! FOR THE LOVE OF ALL THAT IS PIXELATED, ENHANCE! 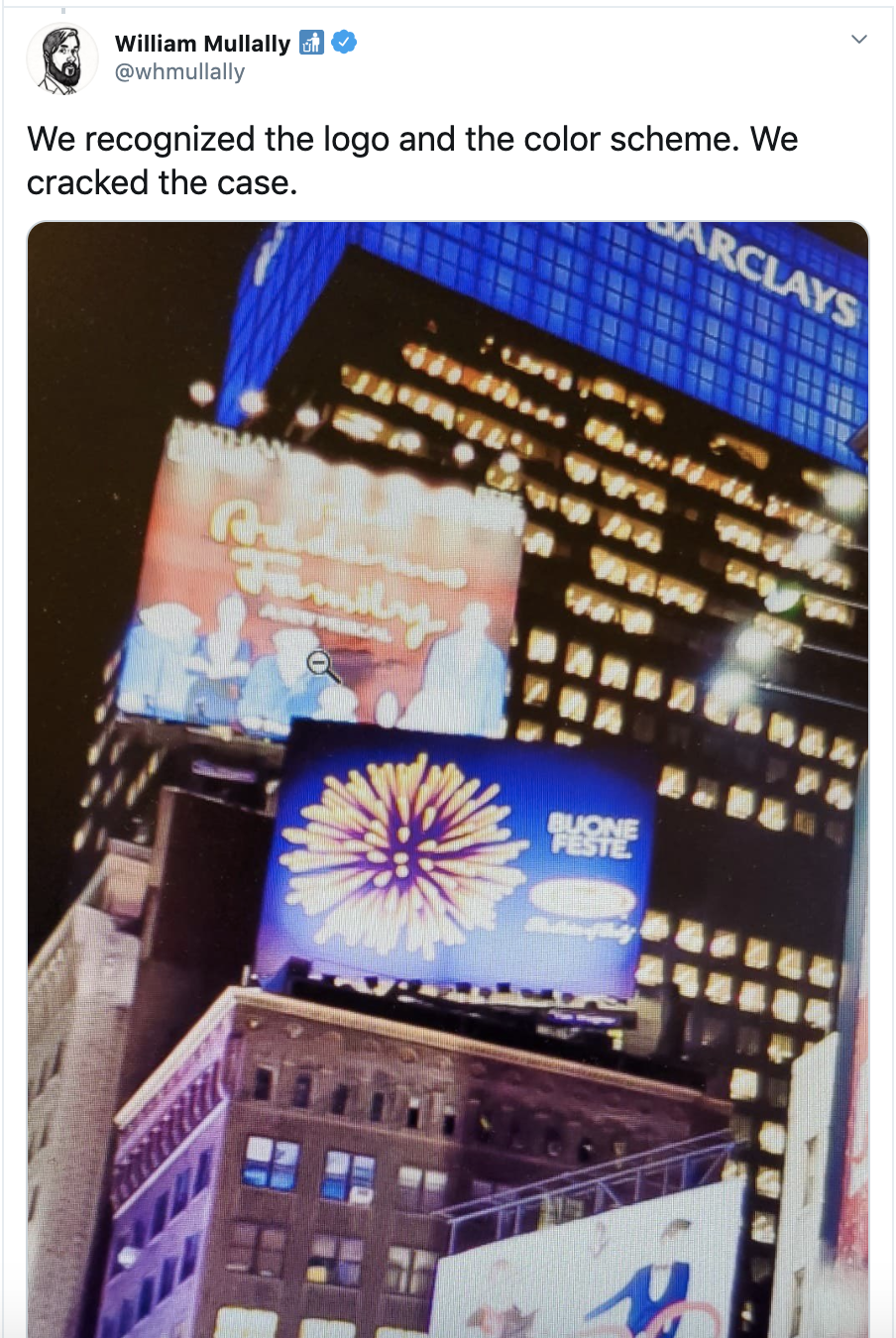 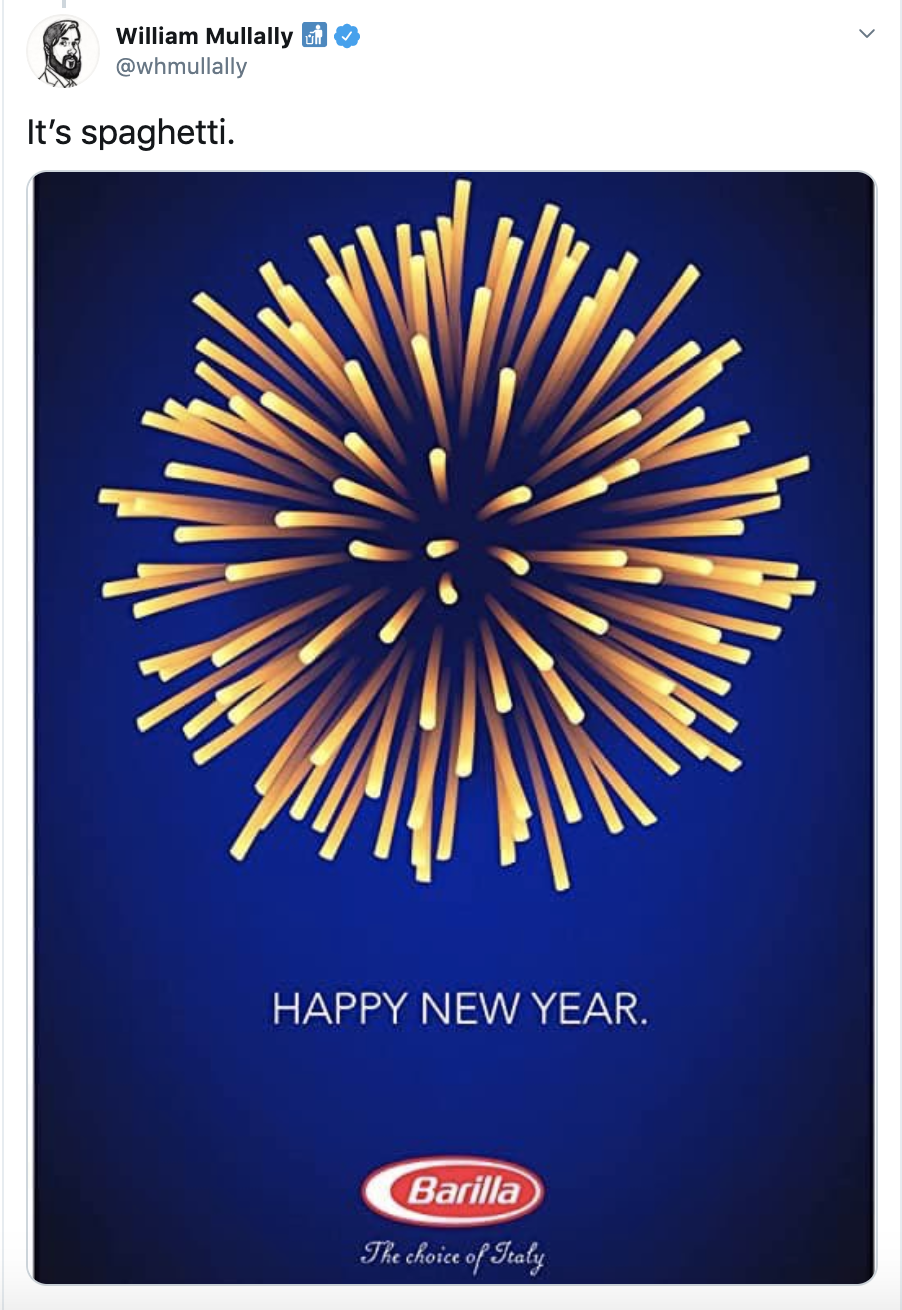 But lest you think that puts this conspiracy to bed…fear not! There’s no such thing as a debunked conspiracy that can’t be rebunked.

right right but… where did covid 19 hit the hardest first?! That’s right… Italy! Italy has what kind of pasta? spaghetti! pic.twitter.com/0xlUKht6Nk