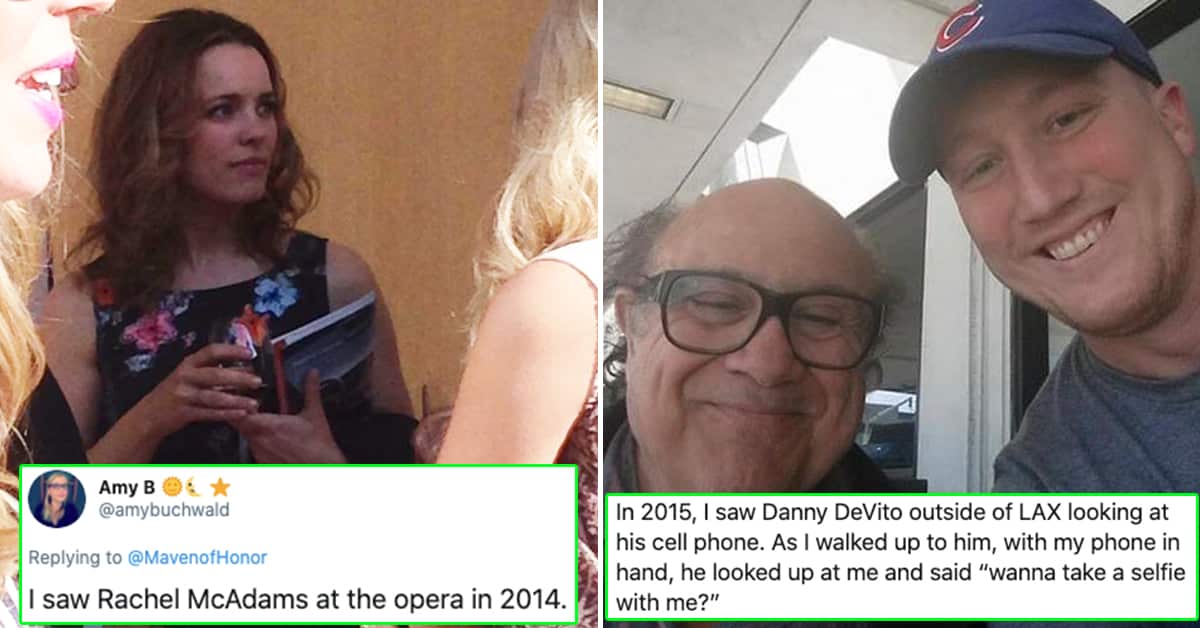 Earlier this week, Twitter user @MavenofHonor did everyone a solid and tweeted, “Now, more than ever, we should share our most mundane celebrity encounters.” She included her own example: “For example, in 2002 I saw Diane Keaton in the Gap.”

While Mave’s story may indeed have been mundane because that was the entire point of her tweet and the roundup, nearly every response was from someone who actually had a pretty exciting or at least surreal celebrity encounter. What’s even more exciting is that some of these celebrities responded to random strangers’ tweets about these encounters, and one of these celebrities was Seth Rogen, who wrote: “I’m in a shocking amount of these” and then shared his own mundane celebrity encounter: “Also I once saw Magic Johnson at a Cold Stone creamery.”

Also once I saw Magic Johnson at a cold stone creamery.

I guess Rogen’s encounter could be called “mundane” too (though not to me), because it certainly isn’t as exciting as getting a selfie with a pre-POTUS Barack Obama, or having Shaq fawn over your baby, or walking in on Meatloaf in a…very inappropriate situation at a Bubba Gump Shrimp. And to bring it full circle, Diane Keaton is in a surprising amount of these as well.

Also Deniro! I opened a door and he was behind me, and I looked at him and he motioned for me to go first.

I rode a roller coaster that Alanis Morissette was on.

In 2001 I saw Robin Williams walking down the street in San Francisco. He saw me looking at him and gave me a smile. He seemed nervous.

Did cardio next to Barack Obama at hotel gym in NYC when he was running for POTUS In 2008. Told him if he was thinner he would look like Barack Obama just before I noticed the nearby secret service agents.

Oh no!! That’s funny and also clearly true, the disappointment and you getting stuck inside 😂😂😂

My sister has worked for Larry David for a long time. The first time I met him, I shook his hand and asked “How’s it going?”. He answered, “Well, I bought some new socks today.”

I have a lot of very mundane celebrity encounters.

1. I sat next to Ron Jeremy on a flight to LAX. He slept the entire time. I couldn’t shake the fact that I knew what his dick looked like.

I sat next to @IanMcKellen on the Tube one night. I didn’t clock it was him b/c I was admiring his sharp attire w/ cool socks 🧦that didn’t match. My brother leaned over & whispered in my ear “Gandalf” 🧙‍♂️I sat in silent awe of his superb style & didn’t bother him rest of the trip.

I saw Rachel McAdams at the opera in 2014. pic.twitter.com/dzJx4XxjyB