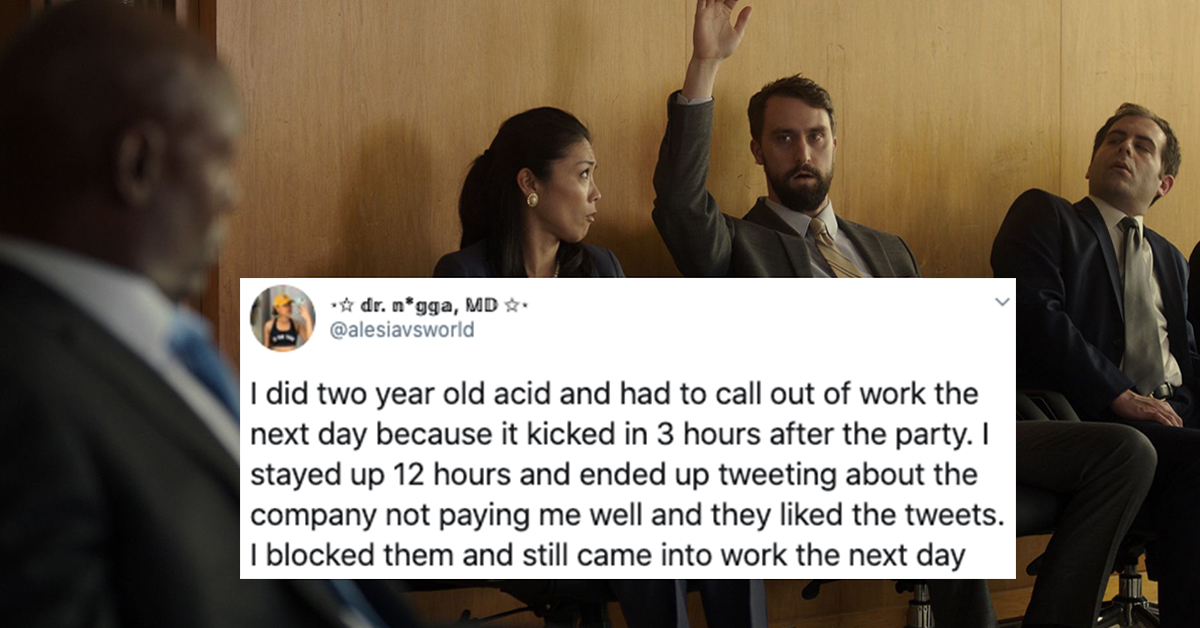 People Are Tweeting Out Their Worst Work Screw Ups (41 Tweets)

We all make mistakes every now and again. Considering how much time most of us spend at work, it’s only natural that some of these mistakes happen on the job.

A question Twitter user @b3ta asked a while ago rounds up some of the best worst work screwups imaginable—from bad acid trips (there are more than one) to locking 300 people in a movie theater to accidentally forgetting to hang up the phone and talking sh*t about a client to a client, there’s probably someone out there who made a far more terrible work mistake than you.

Something to take comfort in during these trying times.

Spent six months with the typo “kind retards” in my email signature. I was Senior Nurse, Learning Disabilities.

I got in the elevator with a woman and said, “What floor?”

She looked at me puzzled and said, “Two…? Brandon, it’s Jessica, I’ve worked with you for two months?”

Work experience at ASDA pizza counter. All topping measured in a universal cup size. Sweet old woman ordered the ‘hot’ pizza. Shovelled on a cup of chillis and thought ‘that looks a bit much’. Told later the chillis are measured in a cup a tenth of the size. Probably killed her.

Not me, but when working at Burger King, my friend (and colleague at the time) accidentally put mayonnaise instead of shake mix in the milkshake machine. We told no one and only had one or two complaints. Everyone else obviously loved their chocolate mayonnaise.

I did two year old acid and had to call out of work the next day because it kicked in 3 hours after the party. I stayed up 12 hours and ended up tweeting about the company not paying me well and they liked the tweets. I blocked them and still came into work the next day https://t.co/6335mLrmmU

I ran two coffee jugs of cleaning acid through the coffee machines (it looked like water) and served a cup to the visiting area manager, on my first day at the Deep Pan Pizza Company in Purley.

Brought a lit cigarette into a fireworks factory in 1998, a few days later I hit the sprinklers with a raised forklift https://t.co/6DezBdc7en

I once sent a company wide virus warning by forwarding the email so they could see what it looked like should they receive one, and forgot to remove the infected attachment.

Worked as a GP receptionist. Had to update their smoking cessation data, which meant ringing registered patients to ask if they’d thought of quitting. Phoned Mr *Smith*, his wife answered. I asked if he could come to the phone, she said he was dead. I said “so not a smoker then?”

As a young, newly qualified nurse I had to catheterise an 18 year old young man. He was obviously nervous. As I was about to begin he asked “Is it small?” I replied “I’ve seen smaller.” Turns out he was referring to the catheter 🤦🏼‍♀️