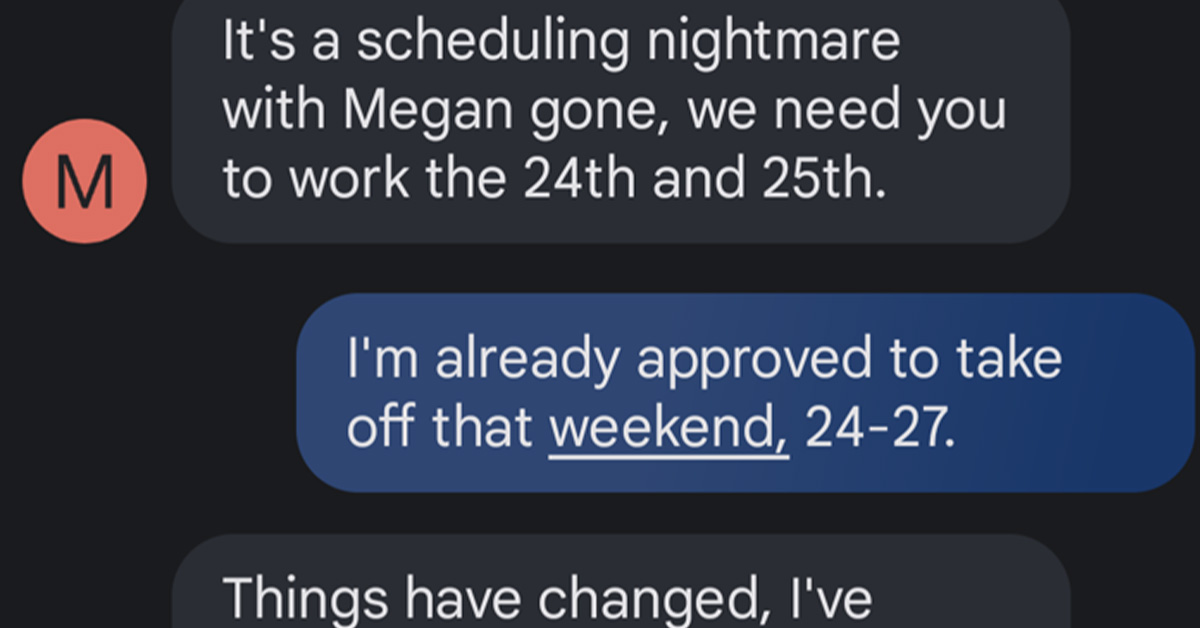 For many workers, Thanksgiving week is an easy one. It’s typically a shorter workweek and everyone looks forward to having Thursday and Friday off.

However, it’s not always that easy for folks who work in the service industry or retail. This time of year can be hectic for the people who show up to work while many of us get to spend time with our families.

With ongoing staffing shortages and a low minimum wage, some businesses are finding it hard to keep people on staff. Through all of that employees are learning who their bosses really are.

Every year, we hear about at least one boss will make a fool out of themselves around the holidays, exposing a rather frustrating part of the service industry. While the job can be challenging for everyone, it’s still important to treat your employees with respect especially when they’ve done nothing wrong.

This year, it’s Matt. He told one of his employees to come in on her approved day off and when she refused, he threatened to fire her and she happily quit her job.

She later shared screenshots of the conversation with the people on Reddit’s famous r/antiwork subreddit and it served as perfect fodder for conversation in the comments.

Here’s how their conversation went: 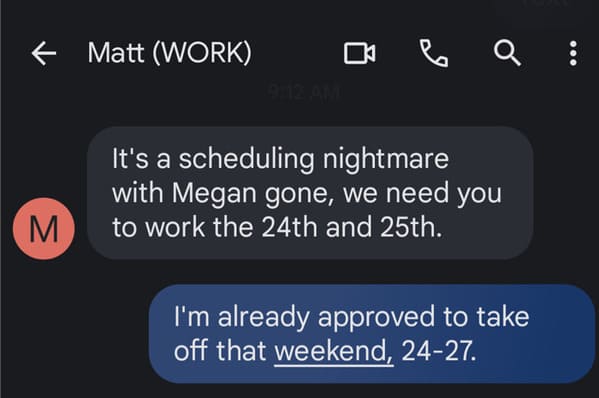 Matt still demanded she come into work even though she followed the rules by requesting the holiday off ahead of time. 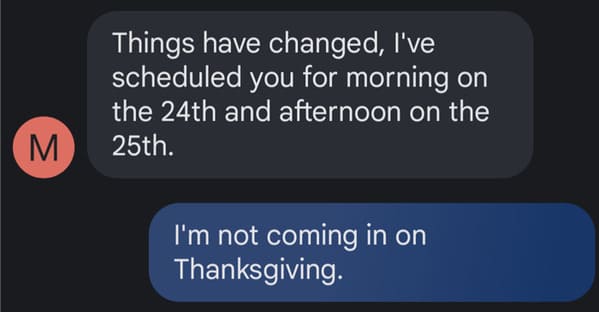 Matt gave her an ultimatum. Either show up, or you’re fired. 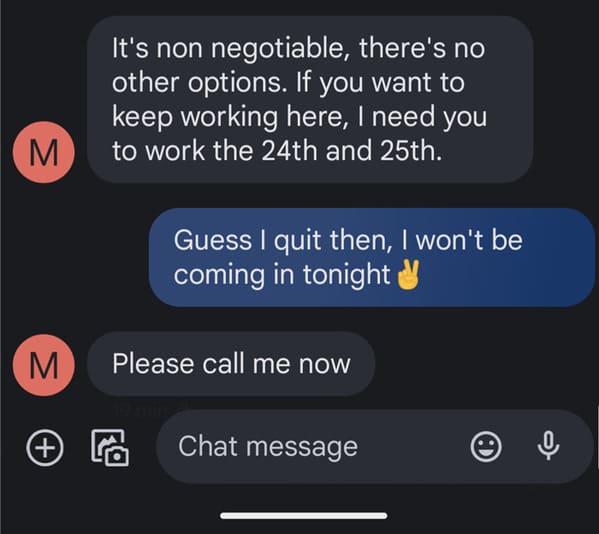 Commenters chimed with their support for OP who did everything right and didn’t deserve such treatment.

1. Some people shared similar stories about having a horrible boss, while others roasted Matt to oblivion. 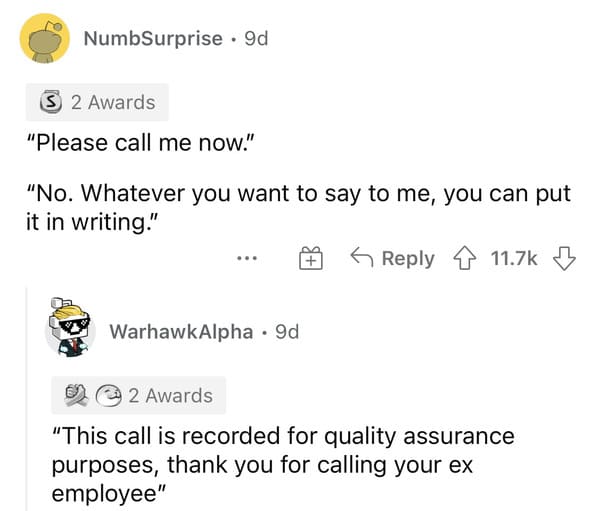 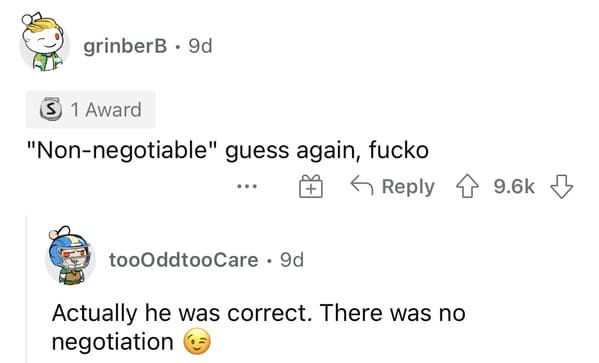 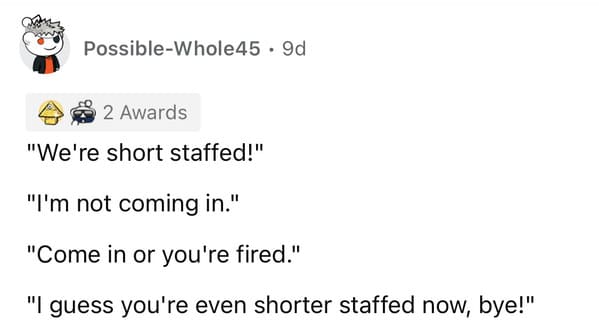 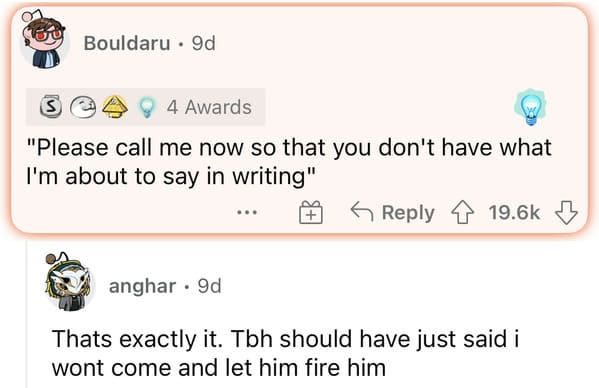 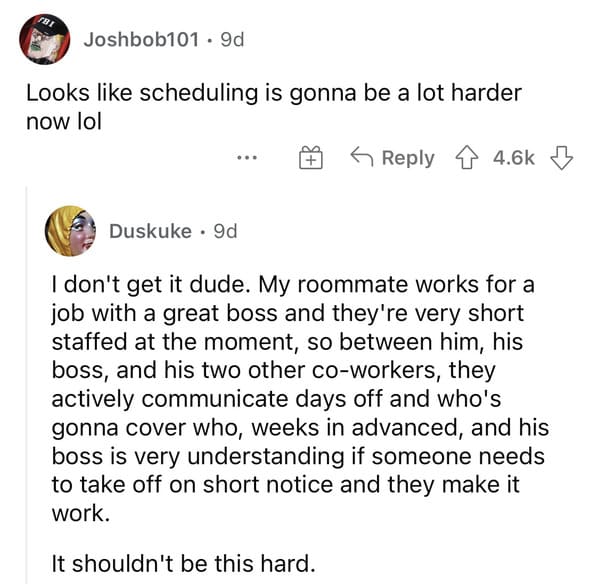 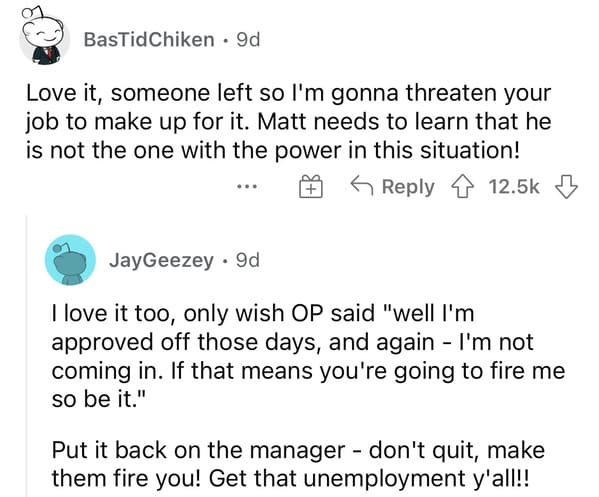 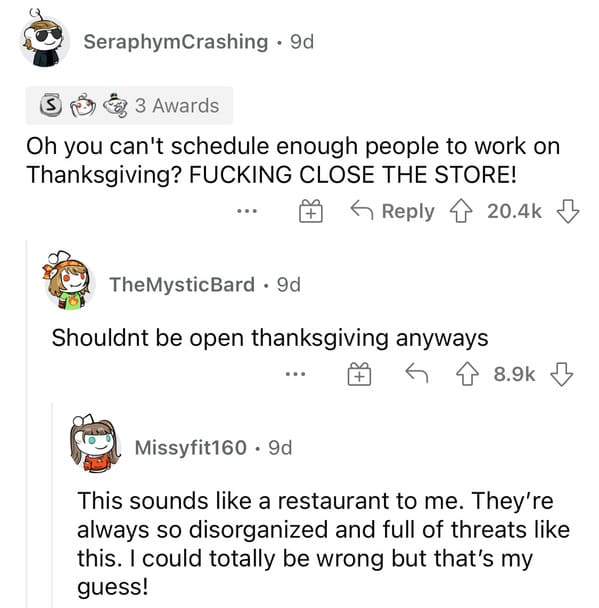 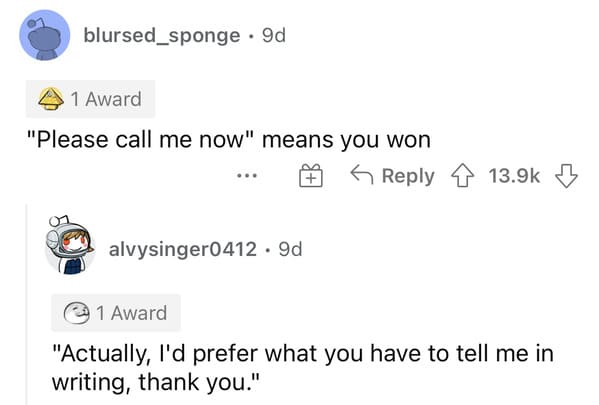 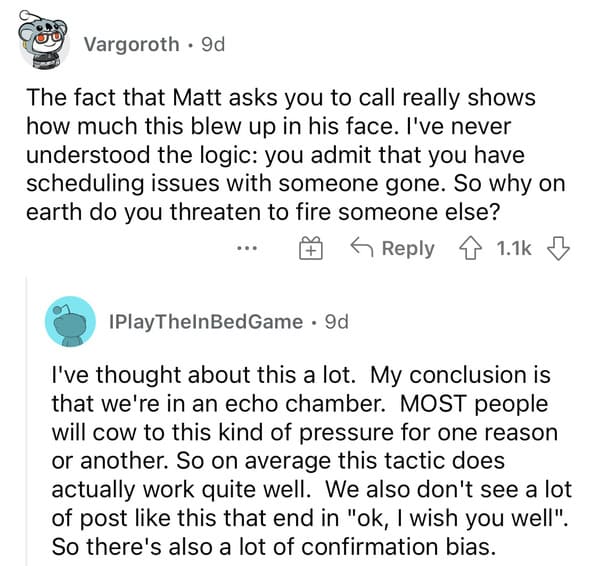 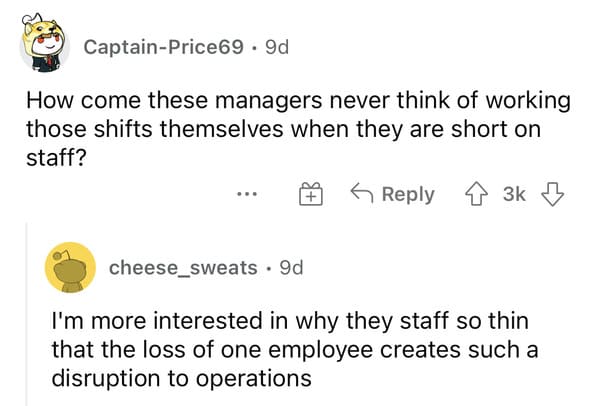 OP did follow up in the comments when someone asked for an update: 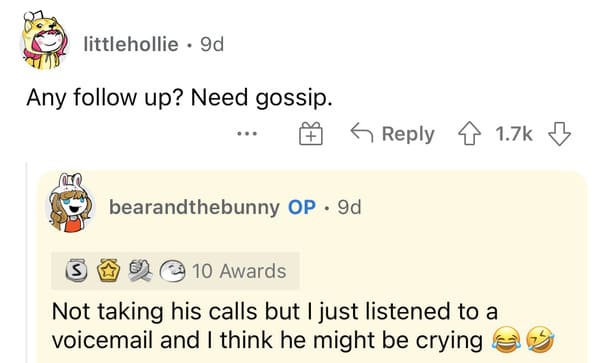