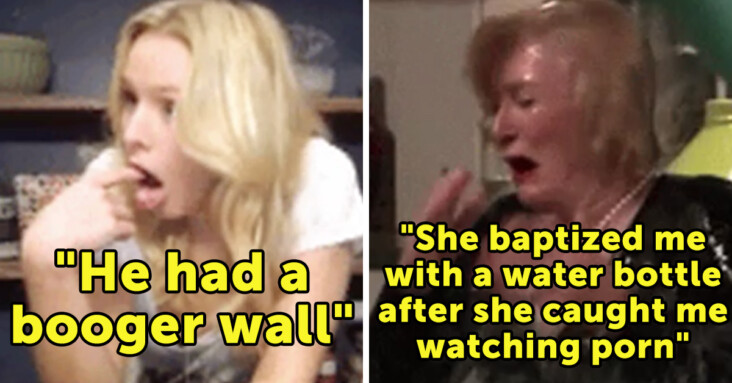 Good ol’ freshman year of college— you’re away from home, you’re an adult for the first time: no bedtimes! Doritos for dinner! Sure, there are classes too but think about it! You’re living alone.

Your freshman year of college also contains another fellow young: a roommate. And these are some of the worst of the worst.

“He would leave dirty plates in his bed and cover them with his sheets. When it was time for him to sleep, he’d just kicked the plates away rather than clean them.”

2. Get out of my underwear drawer!

“I walked into my dorm room to find my roommate and her parents looking through my underwear drawer. They didn’t even act apologetic. Her mom just commented on how cute my dinosaur underwear were. So weird.”

“One morning I woke up to a burning sensation on my leg. My fucking roommate lit my leg hair on fire. We duked it out for about 10 minutes, and I decided it would be best to change rooms. I found out I couldn’t until the end of the semester, so from September to December, I had to share a room with the kid who lit my leg hair on fire. I never got an explanation for why he did it.”

4. Dog food is not people food. Repeat! Dog food… is not…

“On our first day of college, he cooked spaghetti bolognese for everyone on our floor. He then showed me that he used a can of dog food in the sauce.”

“The very first weekend of my freshman year in college, my roommate came back from a party at like 2 a.m. and proceeded to vomit on my desk and laptop.”

“He had a girlfriend that didn’t attend our university and would stay for entire weekends. When she was over, they would stay in bed, keep the lights off, order delivery, and refuse to leave. At one point, I woke up and there was a baby in our room. They were babysitting.”

“My roommate sh-t his pants three separate times throughout the year like it was a normal thing people did. One of his friends who visited did it too.”

“My roommate had a booger wall. On move-out day, he revealed a side of the wall that had previously been covered by books and out of sight from my side of the dorm. He had been sticking boogers there for the entire semester. There was a yellow-brown circle of boogers about the size of a beach ball.”

“My roommate did the Nair-in-shampoo trick.”