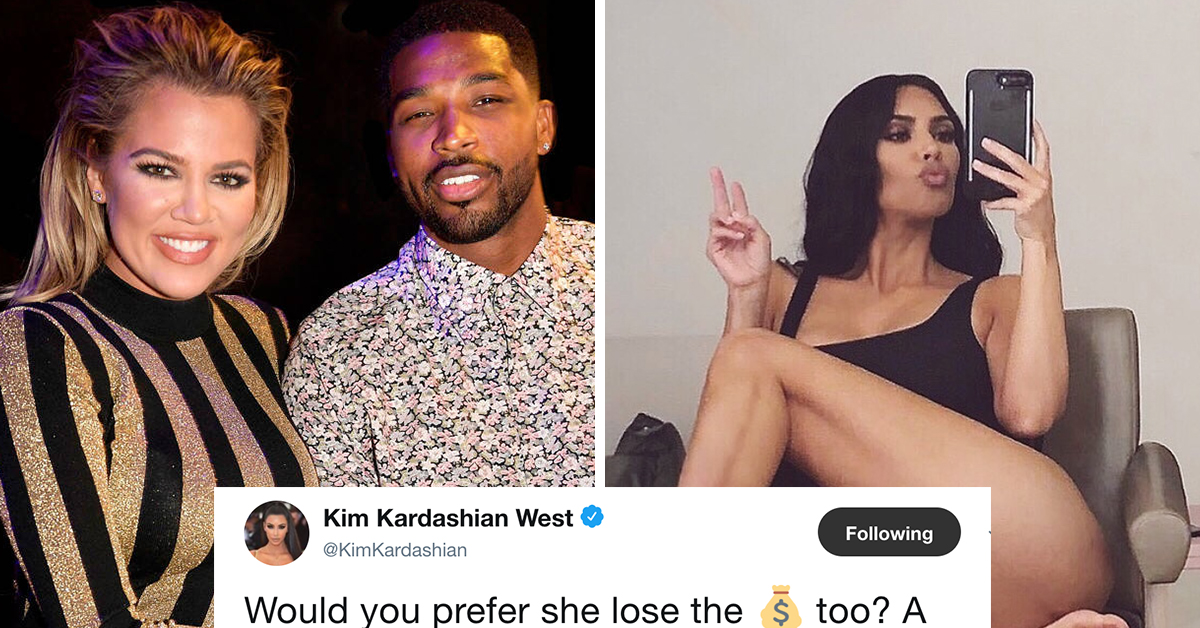 It’s been two days since the news broke about Khloé Kardashian and Tristan Thompson’s split and it seems as though the drama is just getting started. To catch you up—if you happened to have missed all the tea spilled over this week—here it goes.

Khloé Kardashian dumped Tristan Thompson after she found out that the NBA player cheated on her (again) with Kylie Jenner’s BFF, Jordyn Woods. The two were spotted cuddling and making out at a party on Sunday night and multiple people reported to the Kardashians what went down. After Khloé confronted him, Thompson reportedly admitted it and Khloé kicked him to the curb. Additionally, Kylie has thrown Jordyn out of her house and cut her off completely. The entire Kardashian family has decided to cut ties with Woods and her family—after having her around for over 10 years.

Khloé since broke her silence on Instagram by posting some telling quotes and images on her Instagram stories early Thursday morning. Additionally, multiple people close to the Kardashians have unfollowed both Thompson and Woods on Instagram. Sources say Kylie is really struggling with the news, finding out that her best friend is capable of doing such a dirty deed.

Khloé, also, stepped out to work an event that she had planned before the drama went down. KoKo had booked an appearance with PrettyLittleThing, and she decided to attend, not letting the petty drama get to her. But, someone decided to call Khloé out for going out the very next day after Thompson and Woods embarrassed her like that.

Right behind the troll came none other than Kim Kardashian, defending her sister full force. Kim came swinging, saying:

Would you prefer she lose the (bag) too? A single mom has to work too boo! This was a professional commitment planned far in advance and you better believe she is not waiting on anyone to pay her bills or provide for her daughter. PERDIODT!!!

Would you prefer she lose the 💰 too? A single mom has to work too boo! This was a professional commitment planned far in advance and you better believe she is not waiting on anyone to pay her bills or provide for her daughter. PERDIODT!!! https://t.co/FU3VorGzqx

I don’t follow the Kardashians that much but honestly as a professional woman what was she supposed to do? Just sit around and feel sorry for herself? No way…I don’t know any boss that would excuse an absence in real life for something like this either. #bossbabe

You can hear the claps in this tweet pic.twitter.com/Crt1TLOhL9

She’s also got nothing to be ashamed of, it’s those 2 that should be hiding!! 🤦🏻‍♀️

YASSS KIM! We all know Khloé is strong and that she’s responsible when it comes to her job. My girl did her best ❤️

You heard her—KoKo ain’t letting anyone get in the way of her paper…PERIODTTTTT!