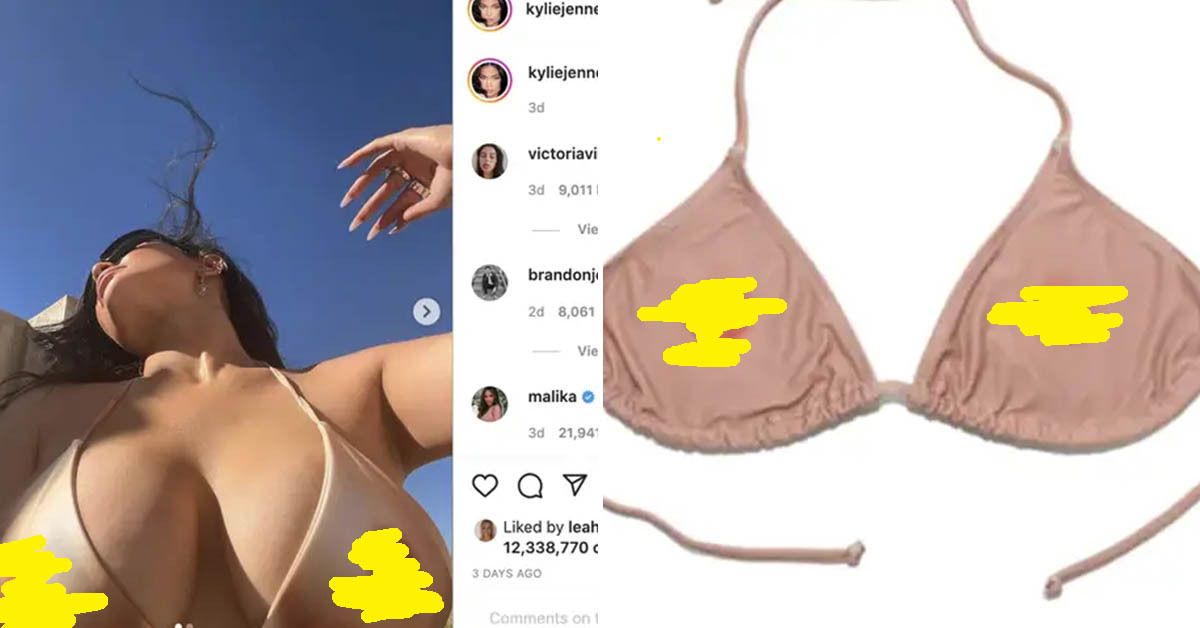 In fact, it’s kinda just “what she does”

However, when Kylie Jenner shared an Instagram of herself wearing a bikini featuring nipple prints, she started a controversy — but not for the reason you might think.

Read also: Dad Asks If He’s Wrong To Not Let His 15-Year-Old Daughter Wear A Bikini

But the iconic design? First created by a small business called TaTa and owned by Linze Rice.

“They were in a really positive, supportive way at first,” said Rice. “Like, ‘Wow, she’s wearing your top, you guys made it,’ and I was like, what? I never saw that order come through.“

“It’s hard to not feel defeated,” she wrote. “You do kind of expect this sort of thing to a degree — with great ideas come knock-offs (that’s why we worked so hard to patent our design back in 2014).”

The Gaultier “version” retails for $325.00 and is available in light and dark skin tones. Rice’s TaTa top retails for $34.99 and comes in many different skin tones and strap options. They also have matching bottoms, some including public hair.

Additionally, $3 from each TaTa top sold is donated to charity partners. Shoppers many choose whether their proceeds go to the Keep a Breast Foundation or the Chicago Women’s Health Center. So far, the business has made over $46,000 in charitable donations.

Rice spoke with BuzzFeed News about the issue and also provided them with a copy of a design patent from 2016. She says she is exploring her options.

“It really does feel like a David and Goliath dynamic, and I’m just like a regular person living my life, and I’m trying to make a living but also give back and actually do something productive and positive in the world,” Rice said.

“I do think it’s worth it to kind of kick and scream a little bit to defend your business and everything that you stand for. I really want people to know that when they buy from the TaTa Top, they are supporting a queer-owned business that is using humor to promote body positivity, gender equality, calling out sexism and double standards in the United States in particular when it comes to like nudity laws, which was the impetus for the beginning of this company.”