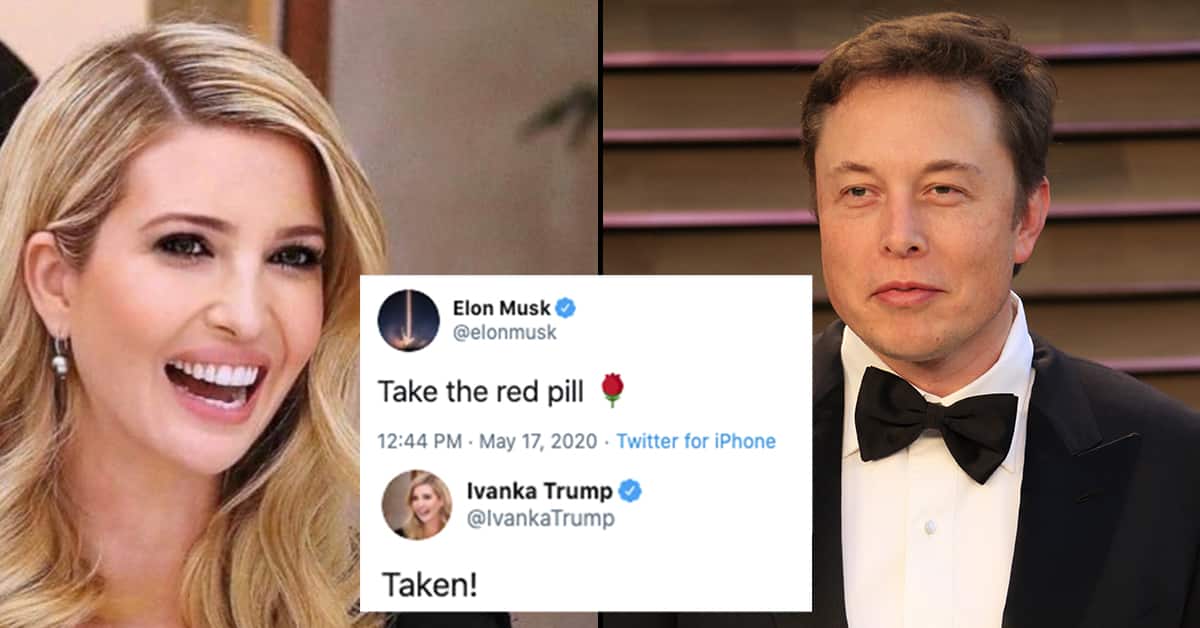 The term “clap back” is thrown around a lot on the Internet, but the interaction between the creator of The Matrix, Lilly Wachowski, and two of the richest fools on Twitter is truly awe-inspiring. It’s not really a clap back, it’s more of a roundhouse kick to the face.

For a little background, Elon Musk has been going full Meltdown May on Twitter recently, threatening to move the Tesla to Texas after California health officials ruled that his Fremont factory was not considered an essential business. He said he was opening anyway and suing the state. He also had a baby, like two weeks ago. While Musk has been seen by many as a kind of cool tech uncle or IRL Batman, in reality, he’s a strange middle-aged dude with billions of dollars and very little sense of perspective. In other words, he’s the perfect candidate to get sucked into alt-right culture.

On May 17th, Musk tweeted “take the red pill” and a red rose.

This is confusing iconography if you’re not deeply online, so here is the break down: the quote is from the film The Matrix, in which taking the red pill symbolizes having your eyes opened to the truth. It has been co-opted by white supremacists and misogynists, who think they know the real truth (they’re actually just racist). When people go alt-right, it’s often called “getting red-pilled.”

The red rose is often used online as a symbol of the Democratic Socialists of America, which is on the other side of the spectrum of beliefs. What on earth does Musk mean by combining them? Does he just like red roses? Who knows. But when Ivanka Trump quote-tweeted Musk’s statement, writing, “Taken!” it seem to imply that this was not a plug for Democratic Socialists.

This is horrifying and stupid enough to be a crazy story on its own. But then Matrix director Lilly Wachowski came in to comment, “F—k both of you.”

Fuck both of you

Absolute queen. She then took the attention she was getting and directed it to the Brave Space Alliance, who say on their website that they’re the “first Black and trans-led LGBTQIA center located on the South Side of Chicago.”

Support @BSAllianceChi if you can. https://t.co/rrDPOaaYED

Lilly and her sister and co-director Lana are both trans women, so the appropriation of their red pill metaphor by cretinous racists and misogynists must be especially galling. And then MUSK used it? No freaking way.

People are just astounded and in love with this direct and needed response:

Imagine being so wildly off base with your interpretation of a metaphor in the Matrix that one of the Wachowskis comes out of literal decades of deliberate near-silence about the meanings of the film to personally dunk on you.

I’d imagine Lilly and Lana Wachowski are pretty much done having the words they wrote being used as bullshit conservative propaganda… pic.twitter.com/i94WOIO1d1

Lilly Wachowski @lilly_wachowski telling Elon Musk and Ivanka Trump to fuck themselves over a red pill reference has just made my day.

Thank you, Lilly, for saying something to these horrible people.