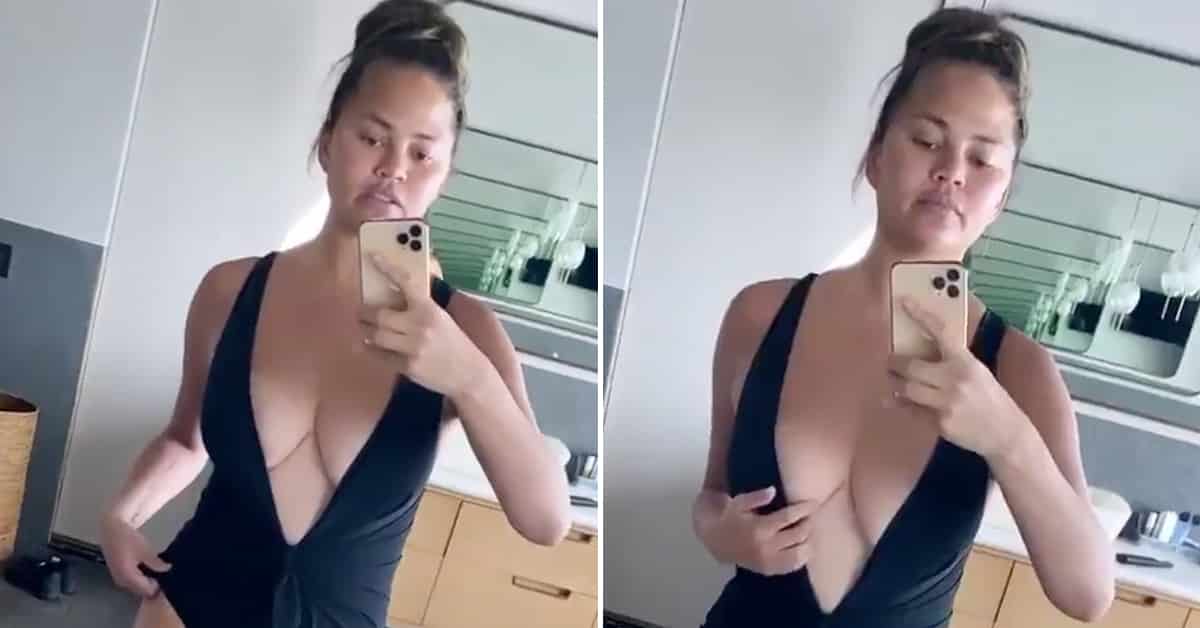 In quarantine, sexiness is making a comeback.

don’t get too trapped pic.twitter.com/bLp3dlHzIg

No good deed goes unpunished. While most people were appropriately grateful, there were, of course, a few trolls and haters who wanted to get their kicks by criticizing Teigen’s body. Apparently, some people were saying she was shaped like a square. She looks like she’s shaped like a human to me, but trolls have their own vision of the world.

I’m sure they’re all supermodels themselves though right? 🤓

And like they’re ignorant of its effect on their balls.. 😂

No one deserves to have their bodies criticized, but I still must point out that Teigen has a body that has literally made her a fortune because she looks so good? And she did, too, saying that her “rectangle” body has gotten her pretty far in life.

Thank u 🙁 I’ve gotten used to my right angle bod, you’d think people have seen it enough that it doesn’t shock them anymore but nope lol ❤️

It’s ok I’ve been a rectangle my whole life and it’s gotten me pretty far! ❤️❤️❤️

She also pointed out that people have gotten used to curves in their celebrities that are largely surgically enhanced and have nothing to do with naturally occurring human proportions in 99 percent of the population.

Imagine if one day I showed up with hips and an ass. Ooooo you guys would be pissed then too! I’m happy, John’s happy, we all happy and doing a-okay!

Teigen has admitted to having had a boob job in the past, so I don’t think she necessarily thinks surgical enhancement is bad, only that it has warped people’s expectations of what most bodies look like. They’re much more like a rectangle than an oval with a tight belt. Whatever! All bodies are beautiful, whatever geometric shape they’re in.