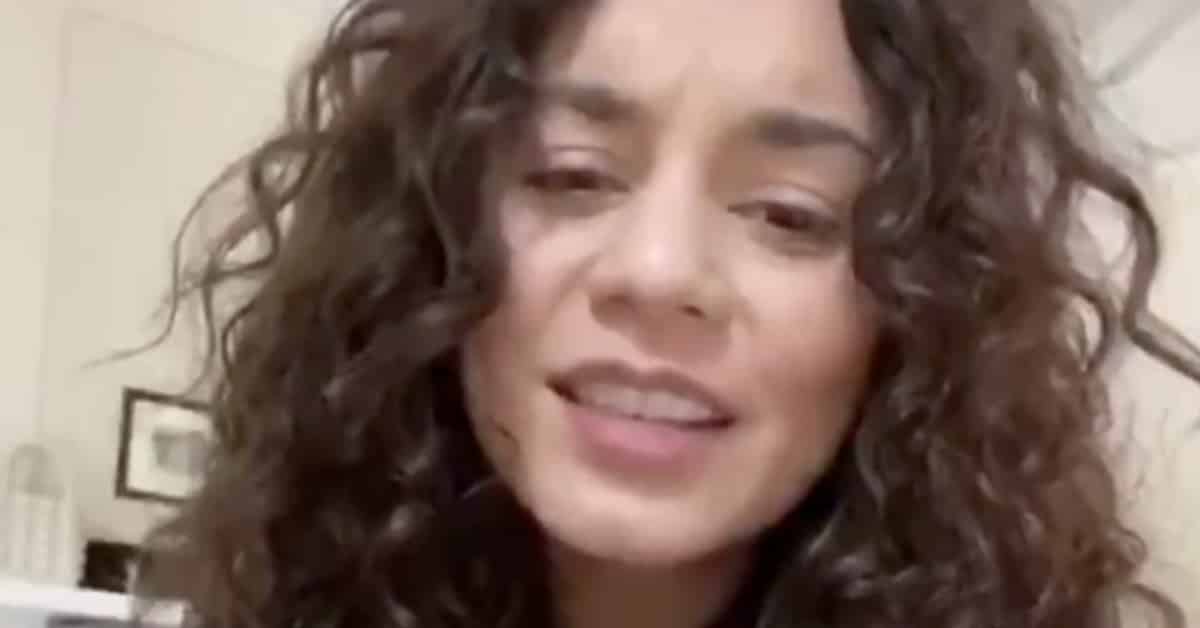 COVID-19 is bringing out the best in some of us and the worst in others. The best? Ashley Tisdale doing High School Musical choreography on social media. The worst? Her High School Musical co-star Vanessa Hudgens going on Instagram Live to say people dying is “inevitable.”

Both happened within hours of each other. Tisdale uploaded a video of her in sweats dancing to “We’re All in This Together.”

@ashleytisdaleMy work out while on Self Quarantine. I can’t believe I remembered it 😝♬ original sound – ashbash2425

It’s the wholesome content we need right now. But, in a video that clearly shows the harmful effects of isolation, Hudgens said she respected the virus (?) and that being in quarantine until July is a “bunch of bulls—t.”

Vanessa Hudgens’ career will be dead after posting this. It’s like inevitable. 💀 pic.twitter.com/qYX2DMFjJ2

“Like, it’s a virus, I get it, I respect it,” she says in the video. “But at the same time, like, even if everybody gets it… like, yeah, people are gonna die, which is terrible. But like… inevitable. She pauses. Then says “I don’t know, maybe I shouldn’t be doing this right now.”

NO! NO YOU SHOULD NOT!

twitter, please let’s halt all attacks on #VanessaHudgens. This clearly is a young woman who is upset, frightened and clearly needs help. We all make mistakes at different times. This is clearly one of those moments in Vanessa’s life. Hearts go out to her…

Chrissy Teigen also came to Hudgens’ defense: “Sometimes people, especially famous people, are gonna say really stupid s—t. & so are you,” Teigen wrote on Tuesday evening. “And they, and u, will learn from it & hopefully their history says they’re good. It’s Ok. And at the same time, wow they really had a dumb f—kin moment. But u don’t have [to] ruin their lives.”

this isn’t about me this time. but it will be one day, or it’ll be you. but yeah today it’s Vanessa lol

In response, the hashtag #Shes31 quickly went viral, referencing Hudgens’ age to argue that she is old enough to know better.

1) Vanessa Hudgens is not a child; she’s 31 years old.
2) She’s “upset” about missing Coachella; others are dying and losing their jobs. Hearts out to them. https://t.co/AlWVMhAVsR

Also regarding Vanessa Hudgens, she is not alone. There are literally MILLIONS of adults who are this stupid. Kind of why we’re in all the shit we are now. She’s 31. Well, age has no bearing on intelligence or knowledge.

Fuck Vanessa Hudgens but the fact that y’all got “she’s 31” trending because of her is hilarious.

After receiving the backlash, Hudgens released the standard celebrity apology: not taking much credit for her actions via screenshots of text on the Notes app. 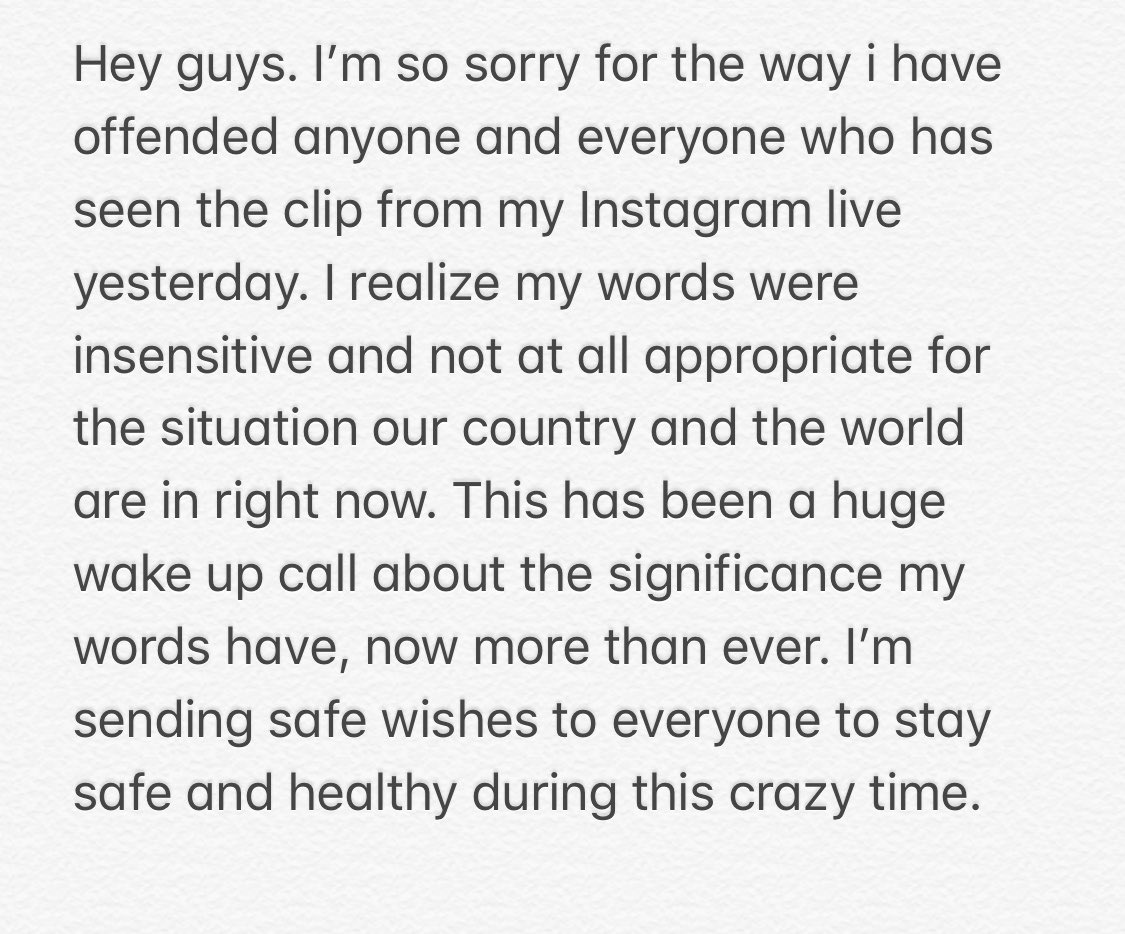 Her apology was not taken seriously.

How did you manage to get cancelled during a lockdown

Am I the only one that thinks Vanessa Hudgens can say all this insensitive garbage about the coronavirus and still get a test kit before us?

Hey Vanessa, this is my son, Jace. AKA quite possibly one of the “inevitable deaths” were he to catch COVID-19 being as he has respiratory issues which have hospitalized him multiple times already. Anyway, we want to say sorry that you’re stuck in your mansion! 🖕 pic.twitter.com/nk68cPiLhu

This cannot be said enough: Please think of other people, please wash your hands and please stay inside.