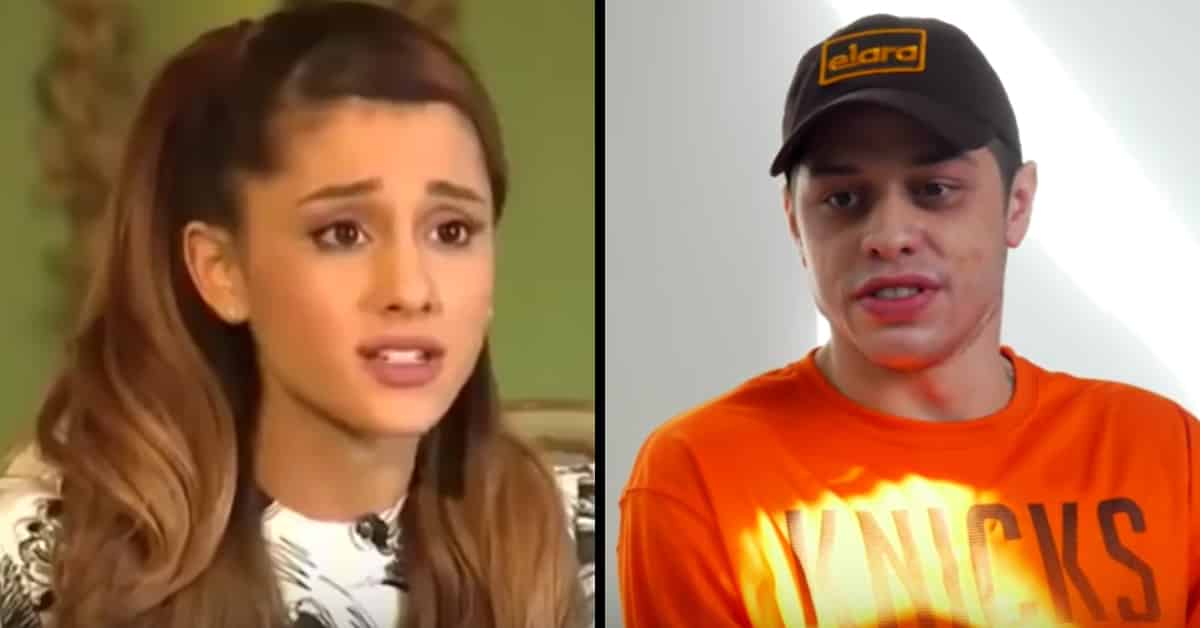 During the summer of 2018, a strange thing happened: comedian Pete Davidson and pop star Ariana Grande started dating. No one could believe the pairing, but the many pictures, tweets, and stories that came out of the passionate five-month relationship painted a picture of a very real connection.

They even got engaged! And then just as quickly and unexpectedly as it came to be, it ended. Soon afterwards, Grande was singing her major hit “Thank U Next,” which basically seemed to be about dumping Davidson.

It was a lot to take in, even if you had absolutely zero to do with either party. There was no way to escape stories about it, because Grande was on her album tour and interviews were flying left and right. In fact, in an interview with Vogue, she discussed it openly. Much of the romantic stuff in the cover story involved Mac Miller and his untimely death, but Grande explained that after her break up with Miller, friends were trying to get her to come to LA for a break.

“My friends were like, ‘Come! We’re gonna have a fun summer.’ And then I met Pete, and it was an amazing distraction. It was frivolous and fun and insane and highly unrealistic, and I loved him, and I didn’t know him. I’m like an infant when it comes to real life and this old soul, been-around-the-block-a-million-times artist. I still don’t trust myself with the life stuff.”

That’s about all she says.

Well, in Pete Davidson’s new Netflix stand up special, Alive From New York, he has a whole lot to say. There was some warning of this: shortly before its release, Buzzfeed reports he told Charlamagne Tha God that he would be discussing the brief, intense pairing.

“Stand-up’s a part of my life. That was a highly publicized thing. I feel like she got her fair run and her fair stab at it,” Davidson said. “I don’t have social media and I don’t really have an outlet to express my feelings. So stand-up’s just how I do it. And I just have some jokes about it.”

The good brother Pete Davidson discusses his new @netflix special #AliveInNewYork and how it feels to be known as Ariana’s ex…… pic.twitter.com/52qd2N5LVj

At the top of his material, Davidson says he wasn’t going to talk about Grande, until he heard her call him a “distraction” in that Vogue interview. Then it was all bets are off. Here’s what he said about Grande:

“Can you imagine if I did that? My career would be over tomorrow. If I spray-painted myself brown and hopped on the cover of Vogue magazine and just started sh—tting on my ex.”

“Can you imagine if I did that sh—t? If I was just like, ‘Yeah, I was just f—ing her ’cause I was bored, and then Fortnite came out.’ It would be insane.”

His accusations of of Ariana doing a brownface routine on the cover of Vogue elicited gasps. The pictures also elicited criticism around the Internet when they came out:

“Something had to happen to her. There had to be some repercussions, right? No, she won Billboard’s Woman of the Year and I got called butthole eyes.”

“I don’t want any smoke, OK? My biggest fear is I’m gonna get a shot in the back of the head by a 9-year-old with a ponytail, and the last thing I’m gonna hear is ‘hashtag cancelled.'”

“That song came out and my friends were like, ‘Bro, I love you. I love you, right? Sh—t is catchy. Sh—t is very catchy. You’re gonna have a rough eight months. I’m sorry. I actually happen to like the song.'”

“I didn’t like it because it’s just simply not true. She has little hands. Everything’s f—cking huge to her.”

“It was a f—king joke the entire time we were together. I was like, ‘Huge to you, but small to everyone else. This rocks!'”

Overall, for a scorned lover, this isn’t too bad. We’ll see Grande’s response when the next album comes out, back and forth forever.

Pete Davidson literally mentions Ariana once (and not negatively) and somehow “he can’t stop talking about her”? Where’s the logic. Also Pete has every right to talk and joke about his life just like she can sing about hers.

Pete Davidson is right….if he publicly talked about Ariana Grande’s vagina the way she talked about his penis, he’d be canceled forever. Hypocrisy sucks.

Me after watching pete davidson standup special on netflix pic.twitter.com/qLnm2dveZX

“My biggest fear is that I get sh*t by a 9 year old with a ponytail” Pete Davidson did not have to come at Ariana’s minions that way IM – pic.twitter.com/598B4jcGzz

it’s funny that pete davidson is mad that ariana said his dck is huge, but forgets he said he was proud of her getting sexually harassed & preyed on at aretha’s funeral, has sexualized / talked ab her as if she’s a prize & said he’d replace her birth control pills with tic tacs.

i stopped caring about pete davidson’s mental health the day he said that ariana getting sexually harassed/assaulted at a funeral was the “proudest moment of his life” https://t.co/PCHzNbGaHL