Sophie Turner met Jonathan Van Ness for the first time, and the heavens parted, sparkles and unicorns fell out of the sky, and all the birds came together to sing a jaunty tune.

Donald Trump disappeared forever, the rainforest stopped burning, every single dog in those sad commercials found a home, and now we look like a tastefully photoshopped Instagram pic all of the time. It was so life-changing for them that it changed US.

Turner and JVN met backstage at the VMAs and the Game of Thrones actress was just as excited to meet as the Queer Eye host. 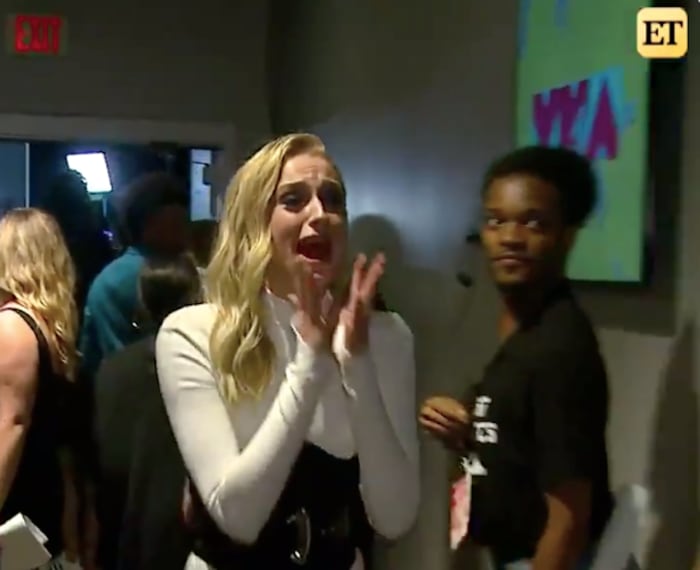 In the video, she screams his name and Van Ness screams back and then spins around. He looks overcome with emotion. 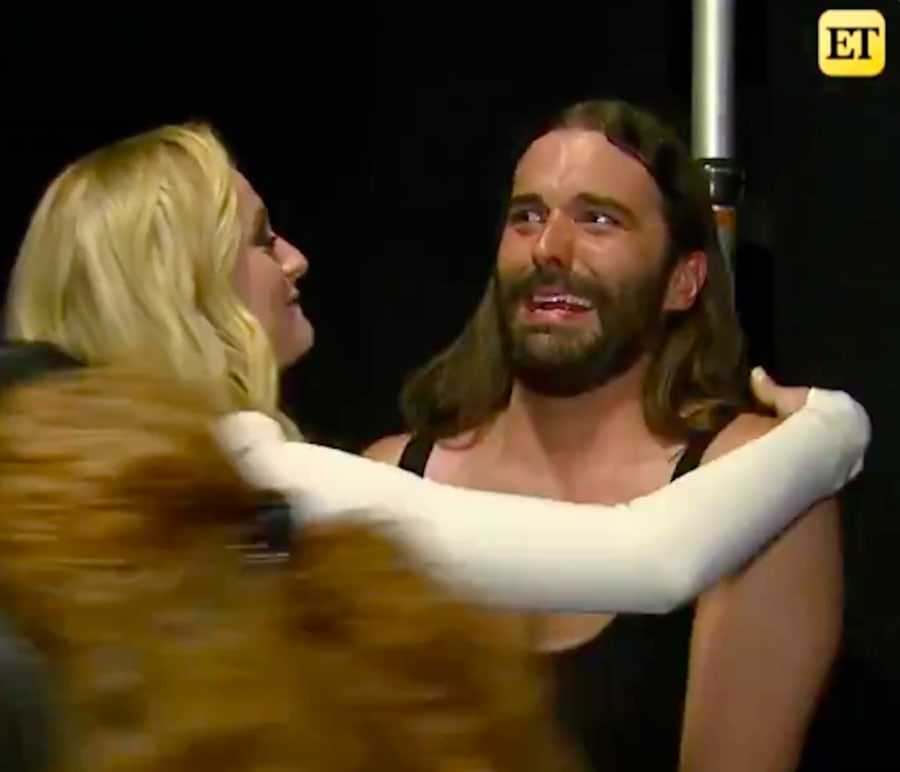 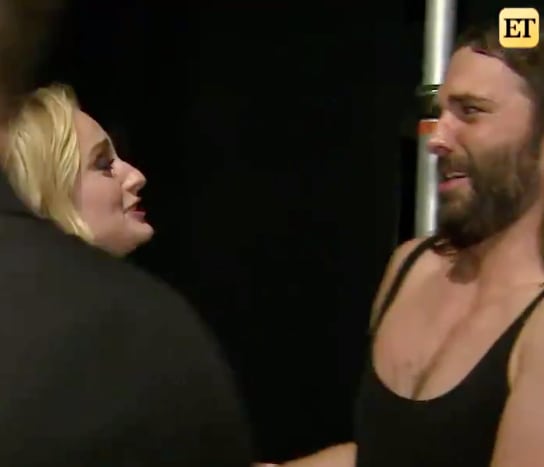 Then they hug. It is a wonderful hug. 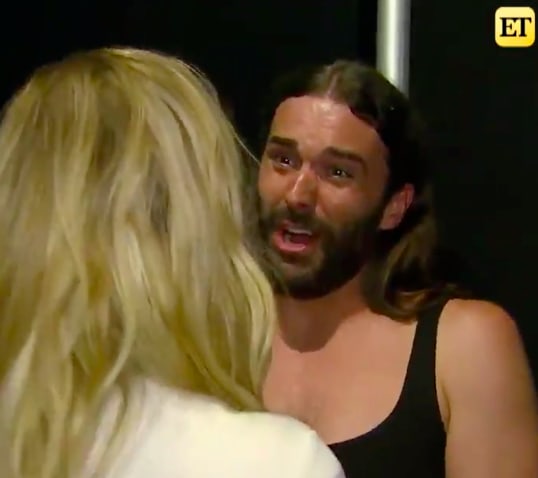 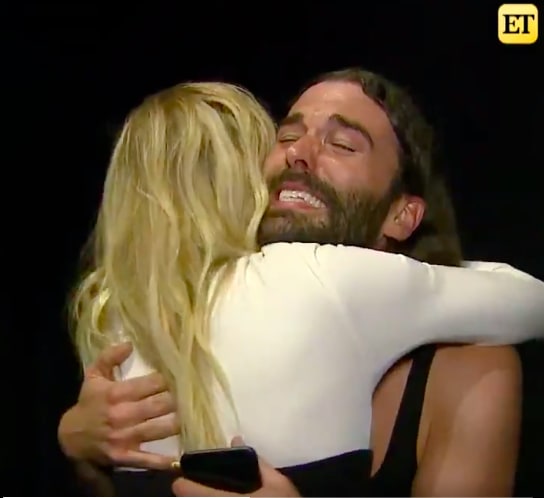 “I’m so happy for your ending,” Van Ness says, referring to Sansa Stark’s victorious ending on Game of Thrones. “Oh, my god, I’m so relieved.” 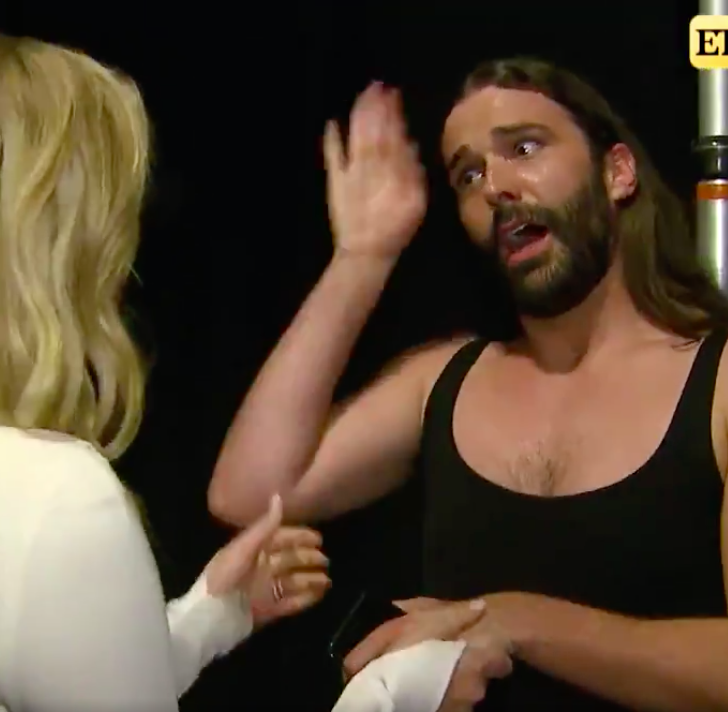 Van Ness, known as a huge Game of Thrones fan, humorously recapped episodes on his own Emmy-nominated parody series, Gay of Thrones. He refers to Turner’s character as “Sansa Fierce.” 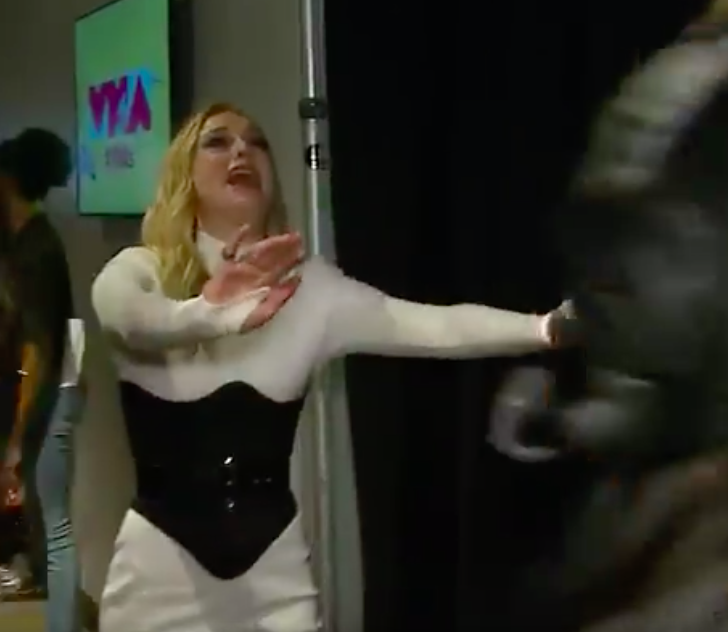 Then, Turner’s husband Joe Jonas appears and he hugs Van Ness as well. 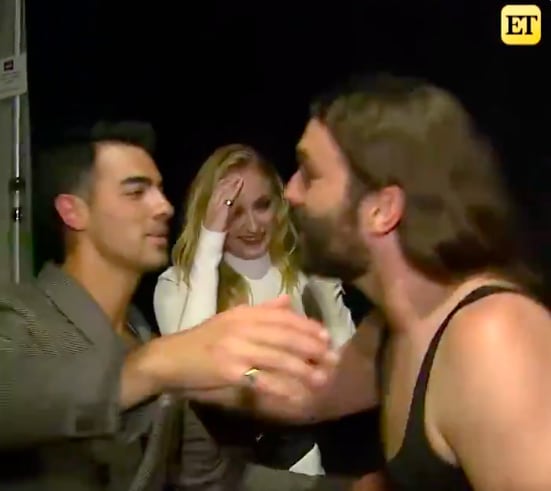 Anyway, our world is crumbling, so enjoy this wholesome content.

This had me screaming pic.twitter.com/cWmYfj6qEK

It’s like two drunk girls meeting in the bathroom

Sophie also had ecstatic meetings with other celebrities at the VMAs. Here, she grabs Hailee Steinfeld and shouts, “I KNOW WHAT THE F**K I’M A WIFE!”

"I KNOW WHAT THE FUCK I'M A WIFE" WE STAN SOPHIE TURNER. pic.twitter.com/EMWD8Epvce

Clearly, Sophie and Van Ness are exuberant humans. May all their future hugs be at least half this magical.