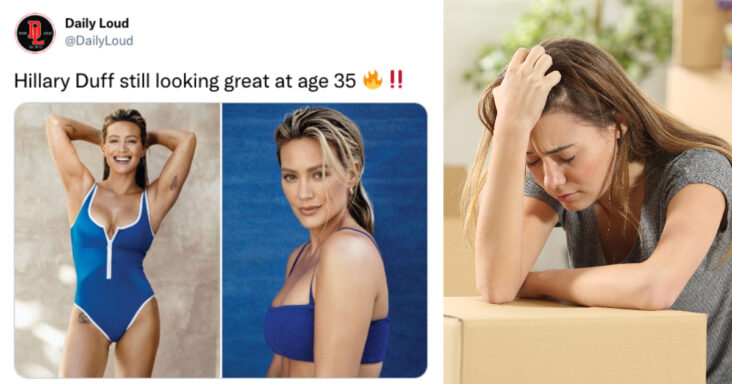 That’s what the hip-hop website Daily Loud implied after tweeting a few pictures of Hilary Duff, and captioning it: “Hillary Duff still looking great at age 35!”

Look, does she look great? Absolutely. But the reality is that Duff looks good at any age. And 35 isn’t old!

Granted, Duff became a star when she was young, starting with the TV series Lizzie McGuire. But she’s an adult now, with kids, and she’s allowed to age.

If that tweet annoyed you — don’t worry. Because after the “Hilary Duff is old” implication, Twitter users proceeded to roast Daily Loud to ashes. Here are a few examples.

And while these tweets were funny, the underlying issue of ageism is super serious. The reality is that gendered ageism affects job security for women.

In a survey from Out-Wit, Inc., 80 percent of respondents experienced some form of gendered ageism.

A third felt they could not get a job or interview because of their age. The most common experiences were “feeling opinions were ignored” (47 percent), “seeing younger colleagues get attention” (42 percent) and “not being invited to key meetings” (35 percent).

Women reported either being too young or too old. 77 percent of those under 35 reported the negative impact of gendered ageism.

So what’s the takeaway here? Someone who is 35 isn’t quite ready for the nursing home. So stop with the “Hilary Duff is old” nonsense. She looks great.