Let’s be frank: Daenerys Targaryen has been needlessly careless (stupid) with her dragons.

During the Season 7 finale, Dany allowed Viserion to be speared and wight-ed by the Night King, transforming him into a soulless zombie who a mere three episodes later became ash following a screaming match with Jon Snow. And during Sunday’s episode—’The Last Of The Starks’—Dany led Rhaegal directly into Euron Greyjoy’s Scorpion-device trap, killing her second “child” in what will surely go down as one of the most ignominious deaths in Game of Thrones canon.

Dany’s stupidity on this count is perfectly exemplified by this viral video, which features showrunner David Benioff explaining that Dany “kind of forgot about the Iron Fleet and Euron’s forces” even though in the scene just before Rhaegal’s demise, Varys clearly explains to her that the Iron Fleet is at King’s Landing awaiting her arrival.

The writers of Game of Thrones are dumb as fuck. pic.twitter.com/oxBDLoIVF4

Dany’s carelessness aside, the good guys only have one dragon remaining. Or do they? 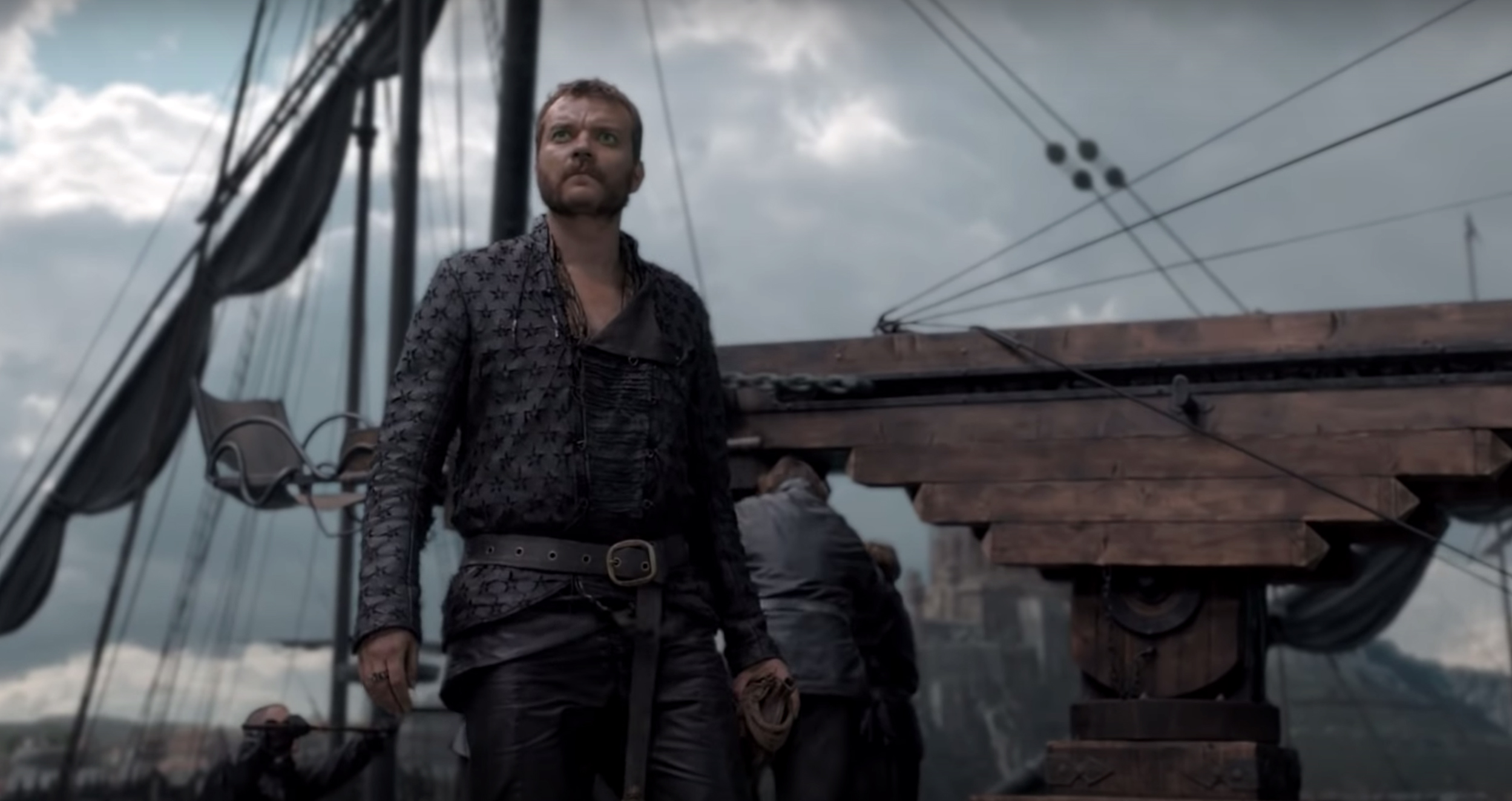 A new fan theory posits that there is actually a fleet of baby dragons in Westeros that we haven’t been introduced to yet. It may sound a little far-fetched, but hinges on an important and generally overlooked Season 5 plot line: Mainly, the fact that Drogon was gone for nearly all of it. Redditor u/Justzxcvbnm elaborates:

“This theory says that in the fifth season, when Drogon spends almost a whole season gone, he’s actually laying eggs and is in fact a female thats why he was burning fields full of sheep, goats and etc to feed the baby dragons. He’s the only one who disappeared, the only one who drove herds and took them all like roasted sheep.”

The theory goes on to note a scene from the Season 8, Episode 5 promotional teaser, in which Euron Greyjoy looks up at the sky, only to see something that makes his eyes widen—just as the roar of a dragon rings out.

“What made me rethink this theory was after I saw an EP5 promo where Euron Greyjoy looks up at the sky and hears a roar of himself. Hears that the “grunt is very different and gets scared. Since he has seen the dragons for a long time he wouln’t be scared for just a dragon, but what if theres more dragons?”

The fan also addressed arguments that Drogon is a male, citing that Septon Barth (Hand of the King to Jaehaerys I Targaryen) believed that dragons “had no sex defined, meaning that they could change sex if needed”—a belief Master Aemon shared. 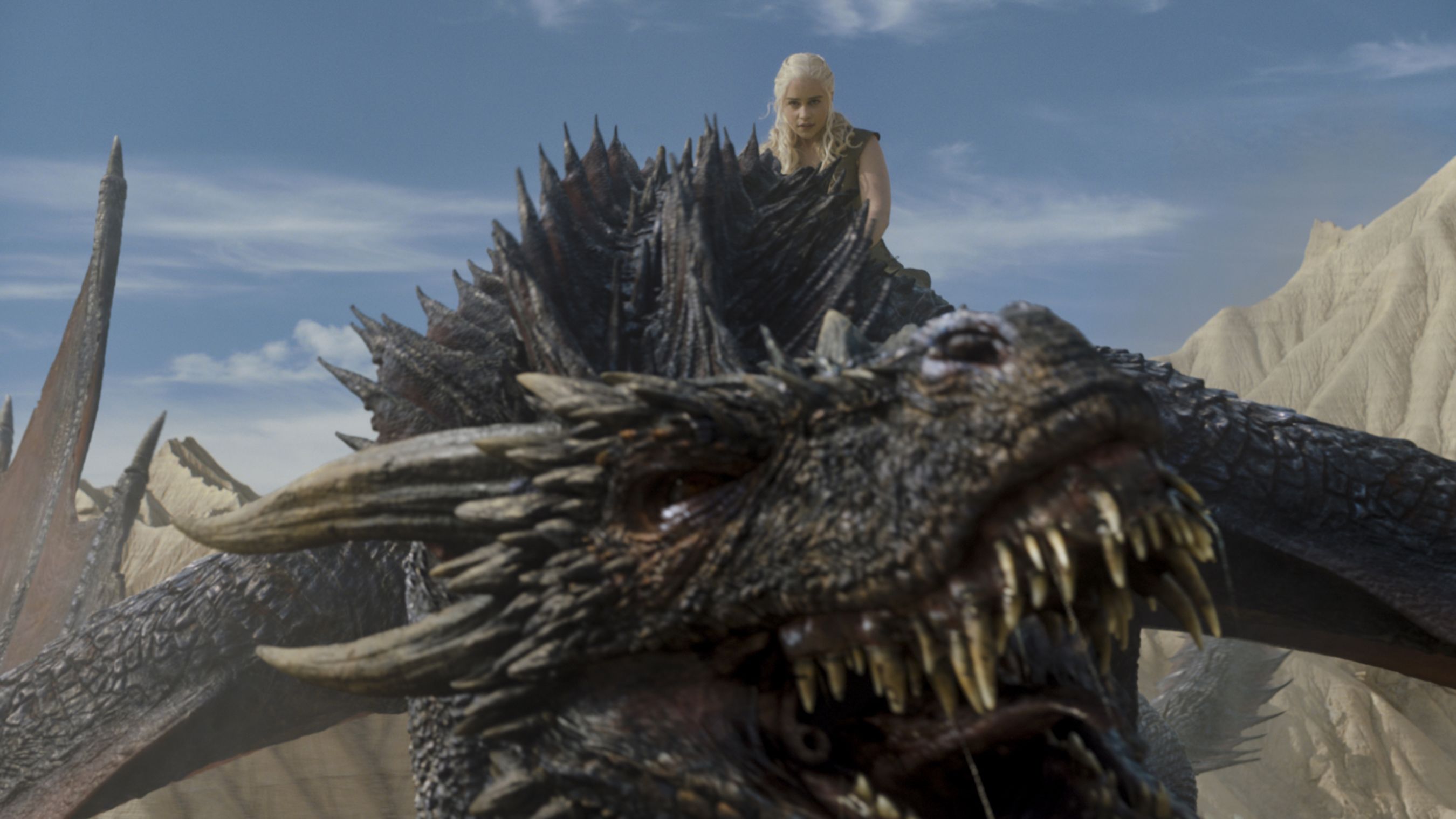 There’s also the fact that there’s no *actual* way of knowing the gender of a dragon.

“There’s another theory that is more acceptable, which is that there is no way of knowing the sex of a dragon only if they laid eggs. In the Targaryen family there was a dragon named Vermax and everyone though that he was a male because of his name but then one day he laid eggs. But how would they have eggs without having sex? There is a thing called parthenogenesis, which is an action originated from an egg without fertilization, for example the Komodo Dragon, when it is a female, can simply reproduce without the male!”

“Mushroom also claims that Vermax left a clutch of dragon’s eggs at Winterfell, which is equally absurd. Whilst it is true that determining the sex of a living dragon is a nigh on impossible task, no other source mentions Vermax producing so much as a single egg, so it must be assumed that he was male. Septon Barth’s speculation that the dragons change sex at need, being “as mutable as flame,” is too ludicrous to consider.”

Meaning we have confirmation that there’s literally no way to tell the sex of a dragon, maybe because they are gender fluid.