Avengers: Endgame, while a climactic culmination of over a decade of story-telling, was not the end of Marvel’s Cinematic Universe. Indeed, Spider-Man: Far From Home is the first post-Endgame MCU movie in the continued line-up and premieres this July.

The official trailer for the film dropped this week and, if you’ve already seen Endgame, it offers up a ton of hints and teases into what the future of the MCU looks like.

There are a ton of secrets and Easter eggs to look at here.

First, Spidey begins the trailer back in New York and is still in his Iron Spider suit that Tony Stark made for him.

However, at some point in the film, we see him return to his classic suit, either because the Iron Spider suit is damaged or lost. 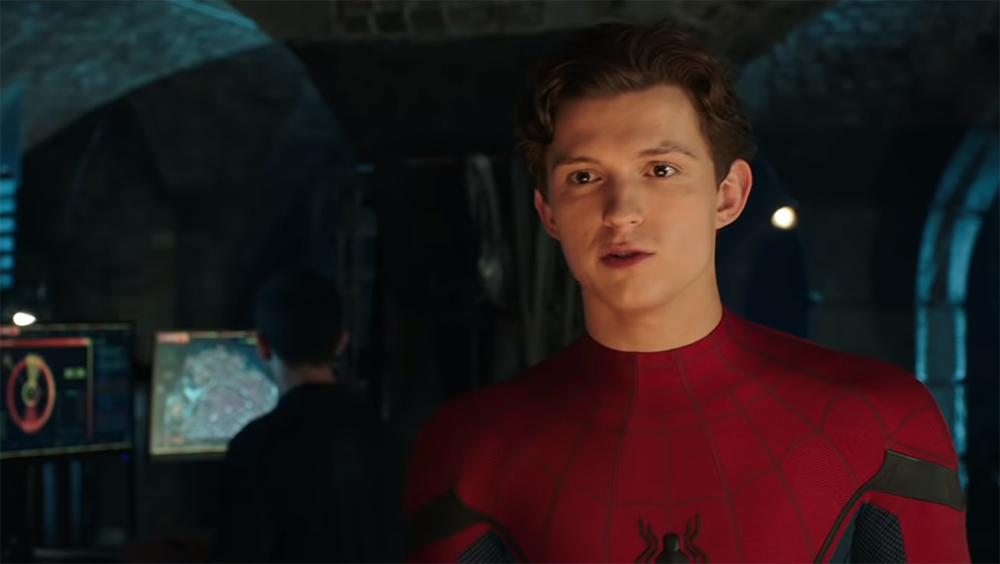 We also see Peter wearing the Stealth Suit, which hasn’t appeared in the MCU yet, but has been worn by Spider-Man in the comics.

When asked about Thor, Nick Fury tells Peter that he’s “off world,” confirming all of our hopes and dreams that the “Asgardians of the Galaxy” are off on a space adventure and will be seen in a future installment. 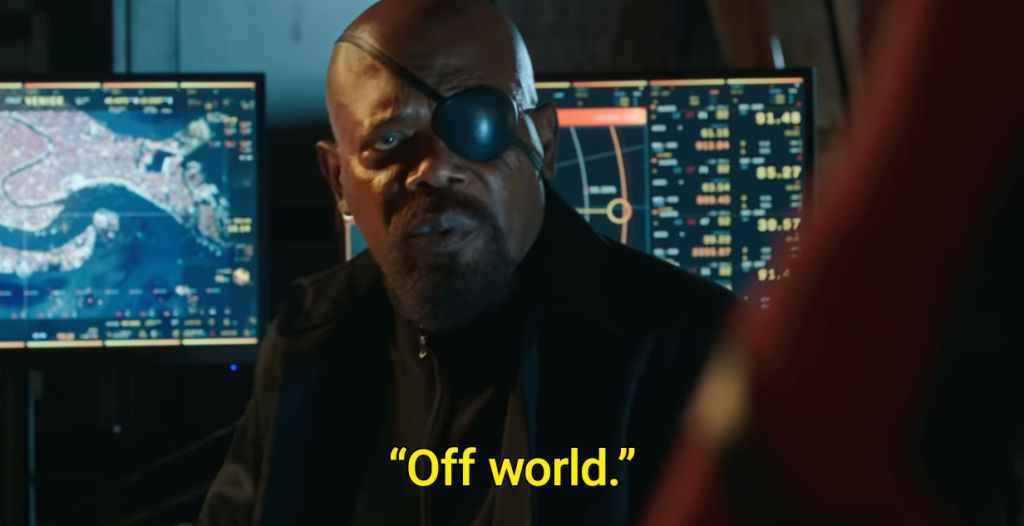 Peter also asks about “Captain Marvel,” who Maria Hill says is “unavailable.” This is the first time in the films that Carol Danvers is referred to as “Captain Marvel.” 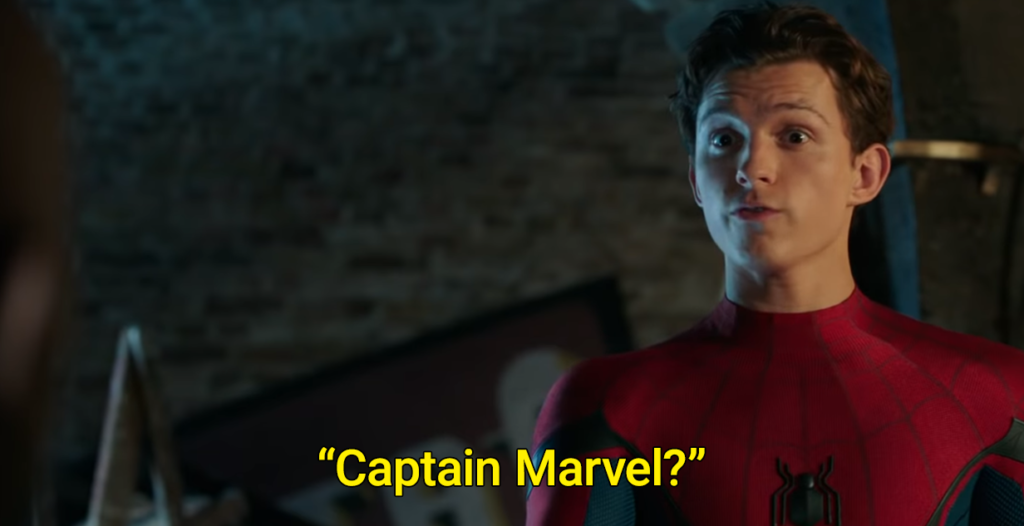 Because of Endgame’s five year time jump, we can assume that MJ, Flash, and Ned were all turned to dust after Thanos’ snap, since they’re all in the same grade together.

In one shot, Happy is standing in front of a “Crusher Hogan” poster, who is the wrestler that Peter Parker first tests his new powers against in the comic books. 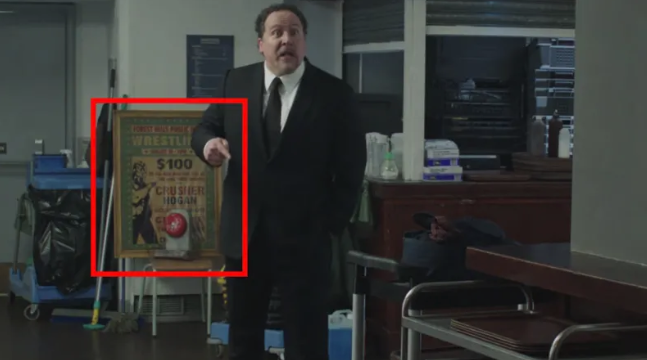 At some point, Peter gets a hold of Tony’s smart specs that he wore during Infinity War and Endgame. 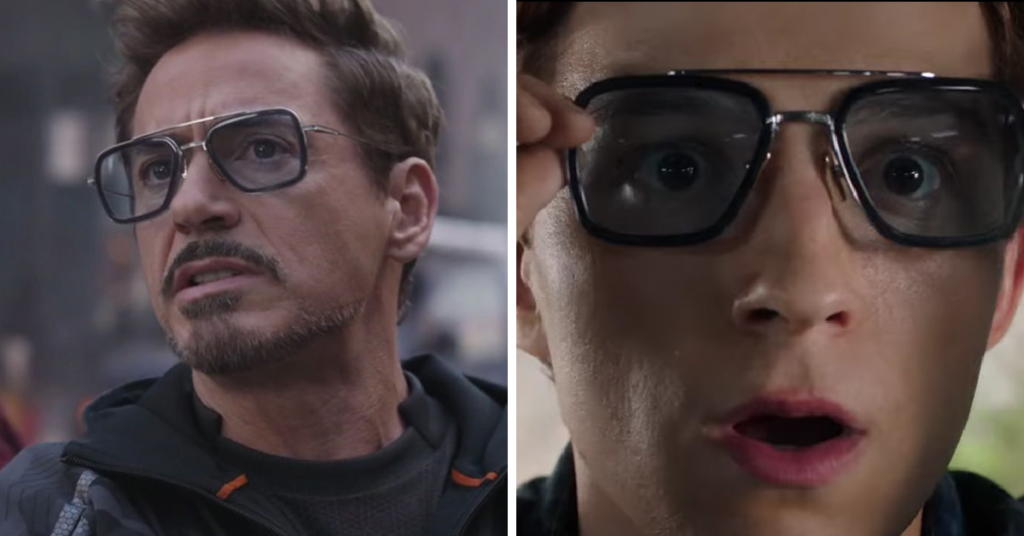 The revelation of a multiverse is the first hint that the MCU will eventually see the likes of the X-Men, Fantastic 4, and other recently acquired Marvel characters that have yet to make it into Disney’s canon. We’ll likely see the arrival of a Miles Morales down the line as well, similar to Into the Spiderverse. 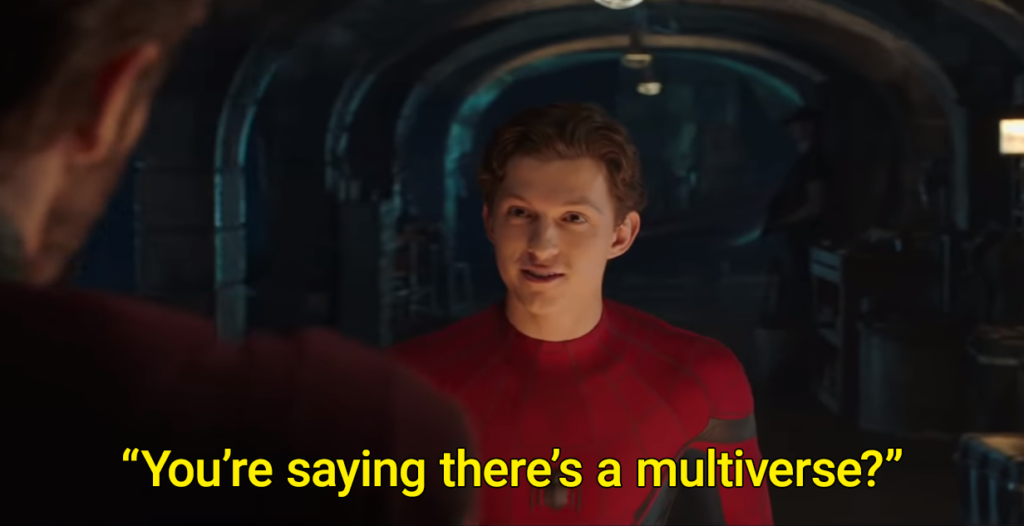 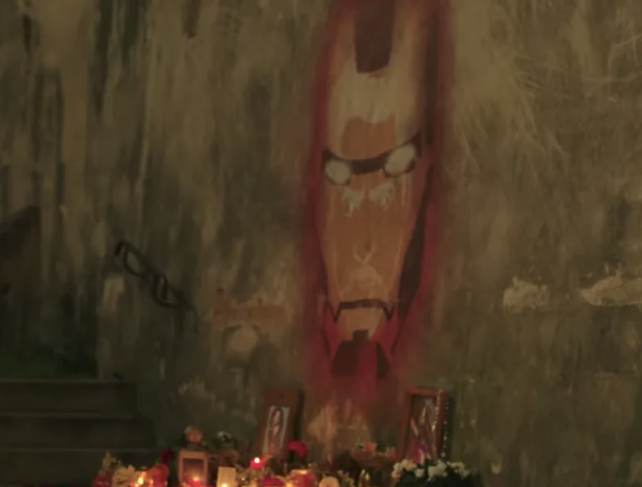 As Spidey’s swinging and texting in New York, there’s a statue commemorating the Battle of New York. 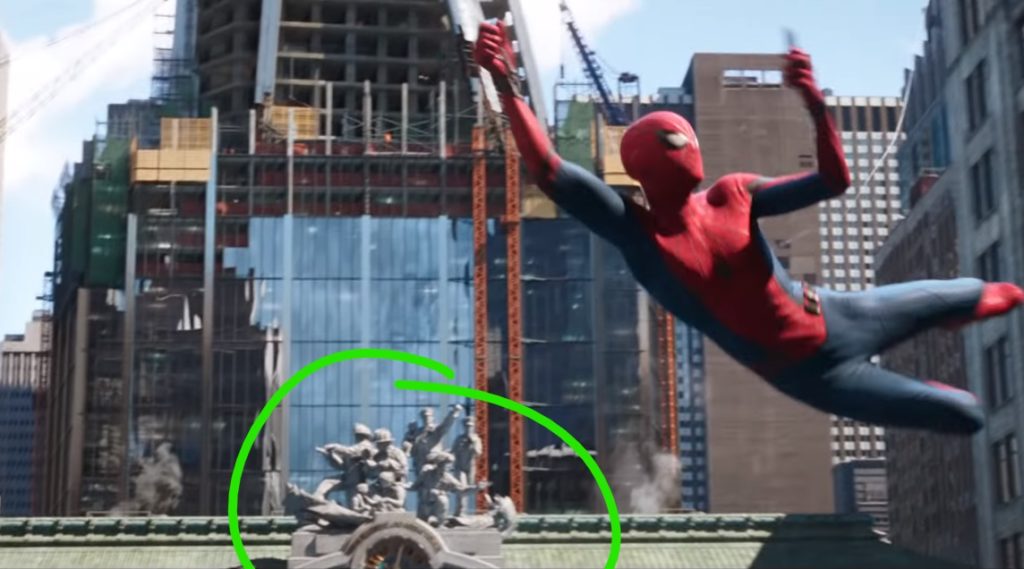 The new fish-bowl man of mystery coincidentally goes by “Mysterio.” His name is Quentin Beck and hails from a different version of Earth, aka the Multiverse.

In the trailer, Mysterio, Spidey, and SHIELD are seen fighting the Elementals. They each represent one of the four major elements.

While they’ve shown up in past Spider-Man comics, they also have turned up to cause Ms. Marvel aka “Captain Marvel” some trouble in past comics as well. 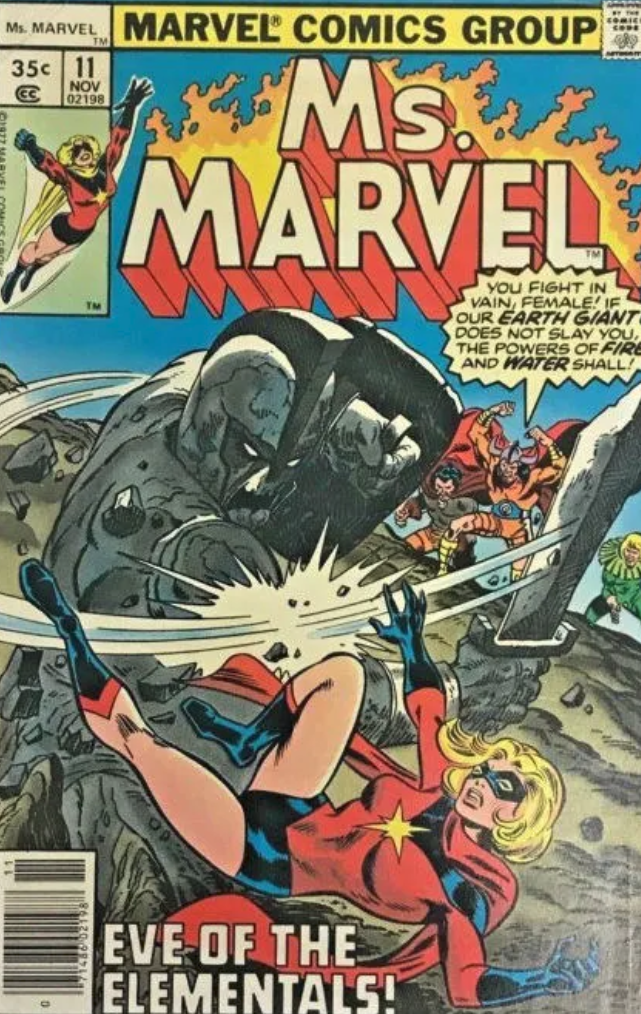 In other comic story lines, Mysterio is known as a special effects master who uses his abilities to pull off elaborate cons. It’s very likely that he’s using the Elementals as an illusion to get close to Spider-Man and make him vulnerable.

But what his true goals are remain to be seen, and we’ll have to wait til July 2nd to find out.