We all like to talk big about our accomplishments and connections and the new Donnie Darko I Made A New Friend meme cuts through all of that bull crap. The meme is based off three panels, screenshots of a scene from the 2001 creepy sci-fi movie Donnie Darko starring a less familiar version of Jake Gyllenhaal. He’s not a teen heartthrob, he’s the guy you avoid in the hallway and he’s got a big scary rabbit for an imaginary friend.

The scene the shots are taken from a scene in which Gyllenhaal tells his psychiatrist Dr. Thurman about that he recently met Frank, the man wearing a bunny suit. She asks if his new friend is imaginary, and he confirms that Frank is, painfully self-aware for a moment.

The I Made A New Friend meme has been gaining popularity recently, maybe because so many of our friends on the internet seem imaginary or maybe because quarantine and isolation has got us all losing it. This meme does not allow you to hold onto any illusions, just like Dr. Thurman. Scroll through and confront your truth: 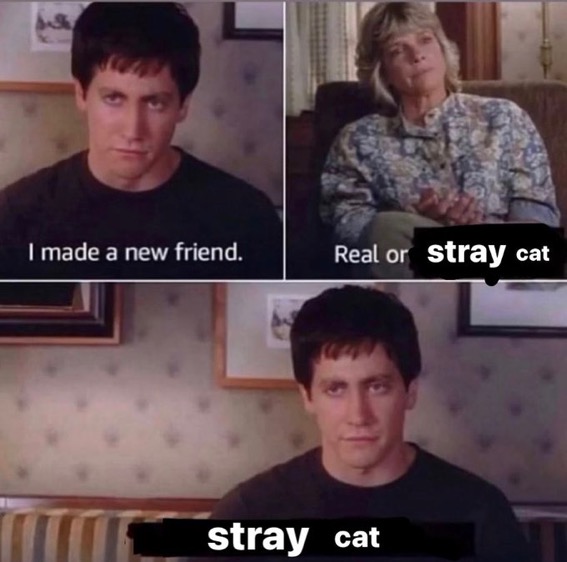 Posted by Non-binary memes for Marxist teens on Friday, August 28, 2020 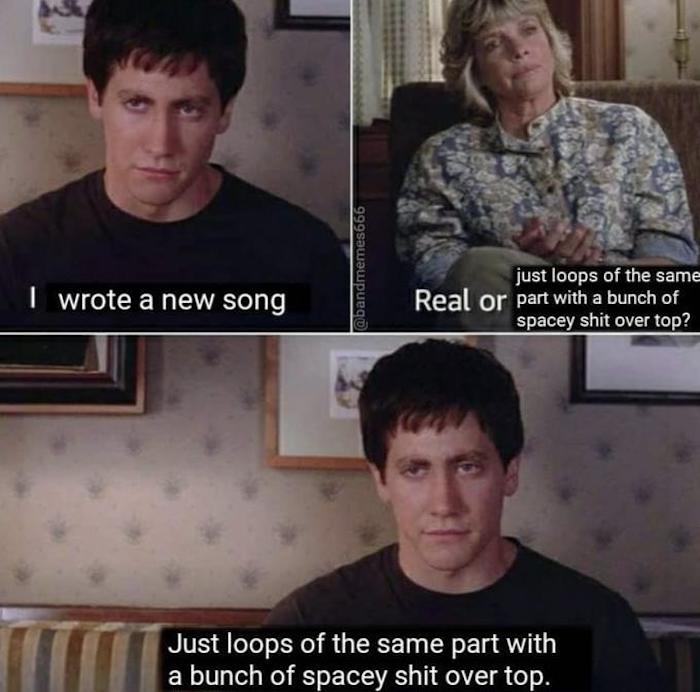 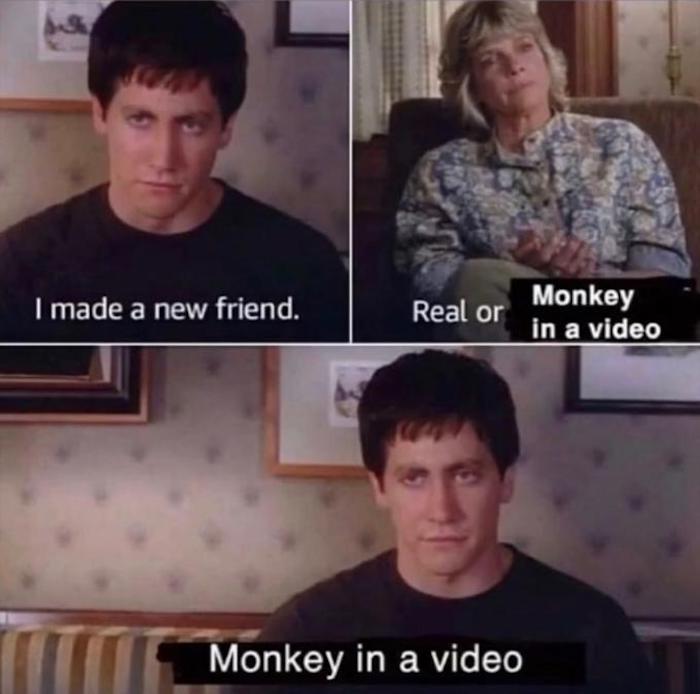 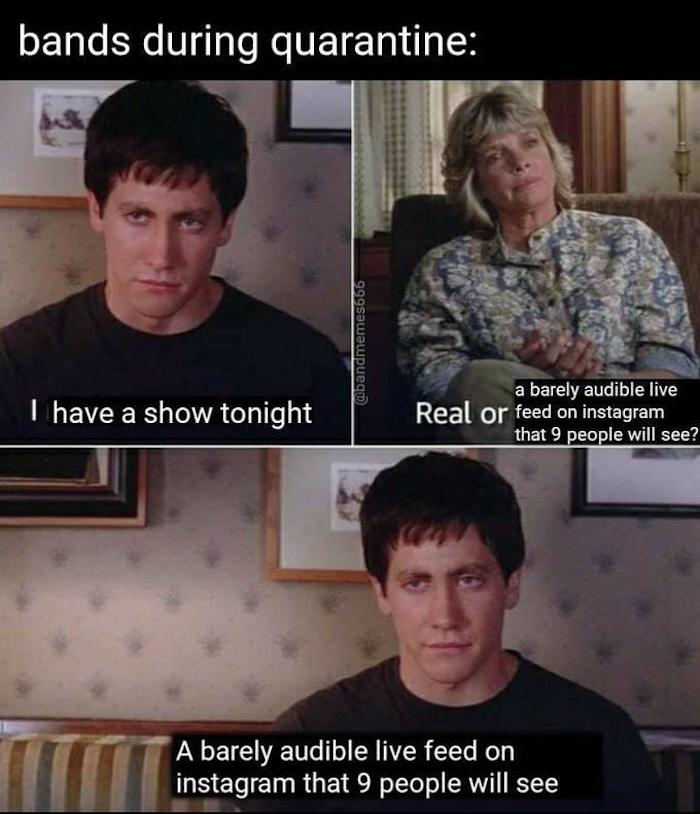 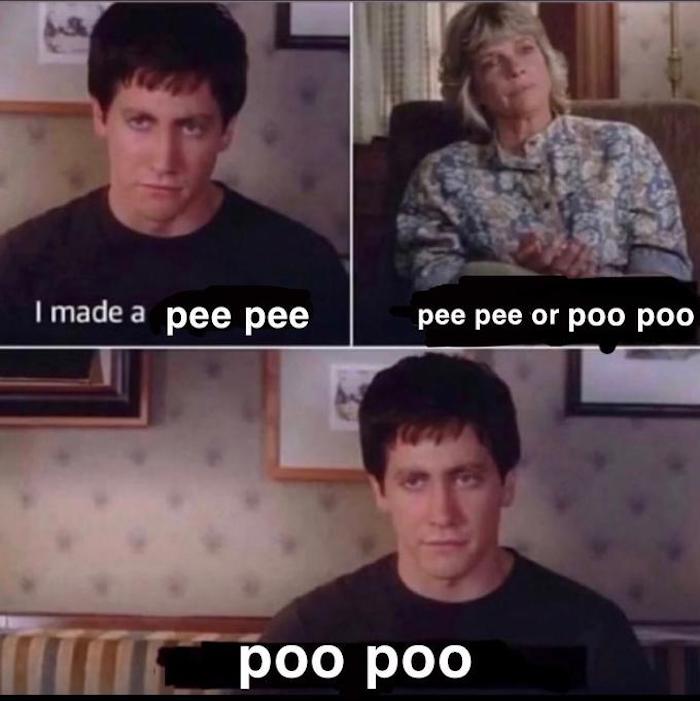 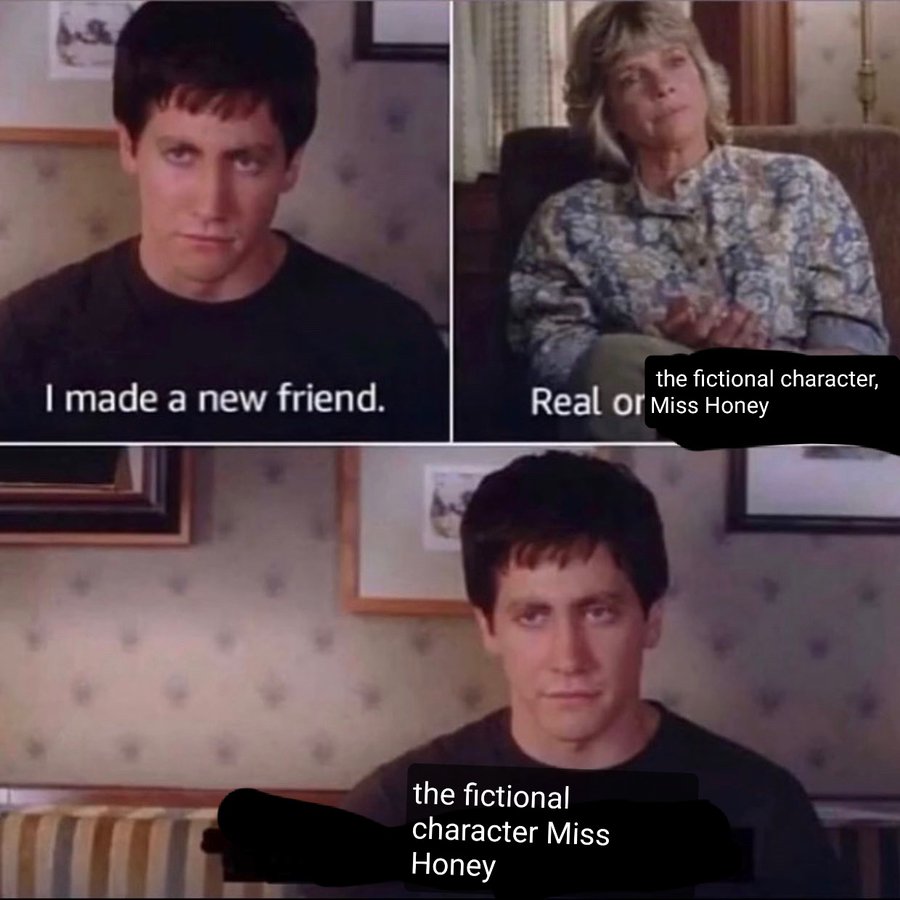 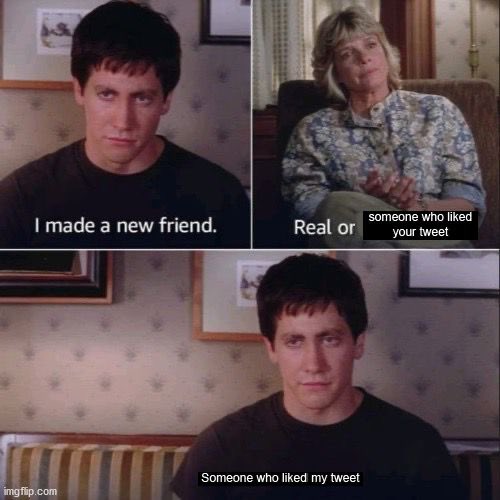