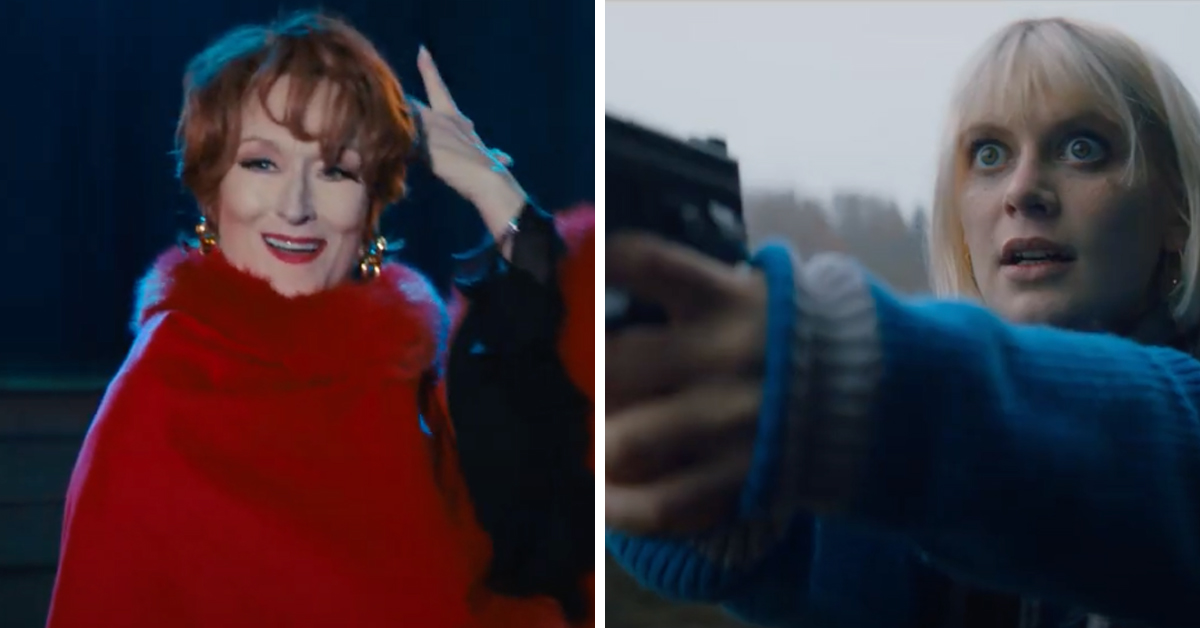 Where would we be without Netflix? Where would we turn for solace in these cold, despairing times? Never mind, it’s a hypothetical question too terrible to waste time considering. The fact is we have those cherry red letters to provide us with endless entertainment whenever we want (or need) a little comfort or a laugh.

The best thing about Netflix, of course, is that they’re always refreshing their offerings, serving up classic movies and shows to audiences both new and old, as well as producing original content for our eyeballs to devour.

Netflix rolls out its new shows progressively during the month, so some of these will be available December 1st and some in the days that follow.

Can a group of jaded Broadway professionals help save a small-town girl’s prom when discrimination leads her to be banned from bringing her girlfriend to the dance? Probably!

The Spielberg sci-fi classic has reemerged from its misty shuttle to convince a new generation of children that they can buy an alien’s friendship if they just stock up on Reese’s Pieces.

Giving Voice follows the real stories of young actors taking part in a monologue competition to honor the playwright August Wilson and gives a glimpse into their lives and what creative expression means to them.

It’s 2020 and, like the kids on Big Mouth, we’re all still learning about our bodies. Namely how many pumpkin pies can one adult human consume without consulting a doctor? But I digress, the beloved, animated Nick Kroll joint returns to Netflix December 4th.


Things go from comical to out of control when an eccentric Italian inventor builds his own island and declares it a sovereign country. Based on a true story.


David Fincher directs Gary Oldman and Amanda Seyfried in this tale of a playwright-turned-screenwriter struggling to navigate Hollywood that has the meticulous look of classic cinema.


In what promises to be a fascinating and entertaining concept, the Netflix original series “Alien Worlds” takes what we know about biology and imagines the forms life would take on planets other than our own.


A grandfather struck by tragedy must find the inspiration to make art again in this original Netflix animated film.

Being a teacher responsible for forming young minds is a wonderful thing…unless you’re the teacher.


This German comedy thriller (original title Wir Koennen Nicht Anders) looks to be both funny and sexy and involves a botched holiday murder plot which is always fun. Definitely try it with subtitles for the full experience before you stoop to listening to the dubbed version.

In this K-drama comedy series with a prince and the pauper twist, a king must find love by living as a commoner. Rated H for “Hijinks.”


In this Spanish drama a teacher begins to suspect something is terribly wrong at the new school where she works and that her own life may be in danger.

While a trailer for Season 2 hasn’t been released, a new installment of Netflix’s whimsical animated original Hilda, which stars an inventive girl living in a fantastical world, will hit the streaming service in December.

If you want to watch the already extremely manly Jason Momoa somehow become even manlier by donning plaids and Carhartts and playing a logger who kicks a whole bunch of asses…then this is the movie for you.


Produced by Denzel Washington and starring Viola Davis and the late Chadwick Boseman, this film tells the story of musical pioneer Ma Rainey and her band. Based on the play by August Wilson.

In this period drama from Shonda Rimes with more than a dash of Gossip Girl an anonymous writer chronicles the scandals and intrigues of the upper crust for all to read.

George Clooney and Felicity Jones star in this sci-fi drama about a scientist racing to warn a space crew that the Earth has been destroyed before they return.

You can watch an extended trailer to learn more about what’s coming to Netflix in December below.