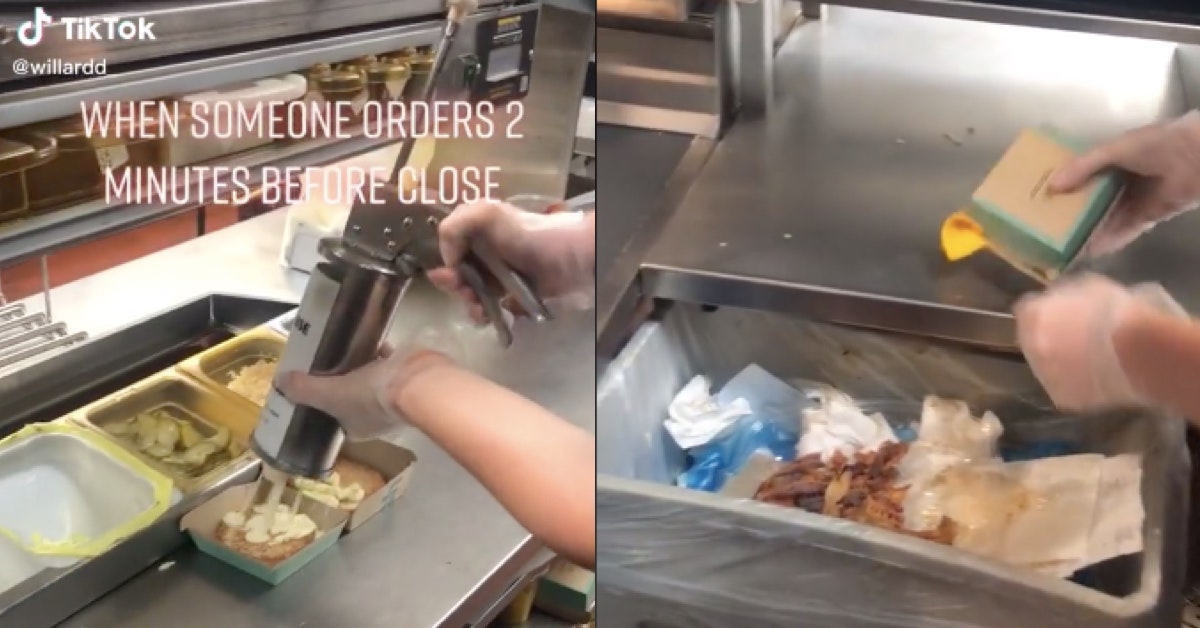 TikTok is used for many things—dance trends, weird skits, tutorials on making resin objects—but it is also used for EXPOSÉS! The trend lately has been for fast-food workers sharing secrets to show how things are made in the kitchen, either in the hopes of stopping people from eating there or in the hope they’ll get fired. I don’t see any other reason to show how the eggs get made, or the beans get mixed, because it’s definitely not luring in new customers.

On his account, TikToker user @willbirn seems to be mostly interested in exposing himself, sharing funny videos about how he throws together food while on the line at McDonald’s. One recently went viral that is supposed to show how he prepares some sort of sandwich “when someone orders 2 minutes before close.”

He assures us all in the caption that it’s a joke:

First, he squeezes some sauce on it: 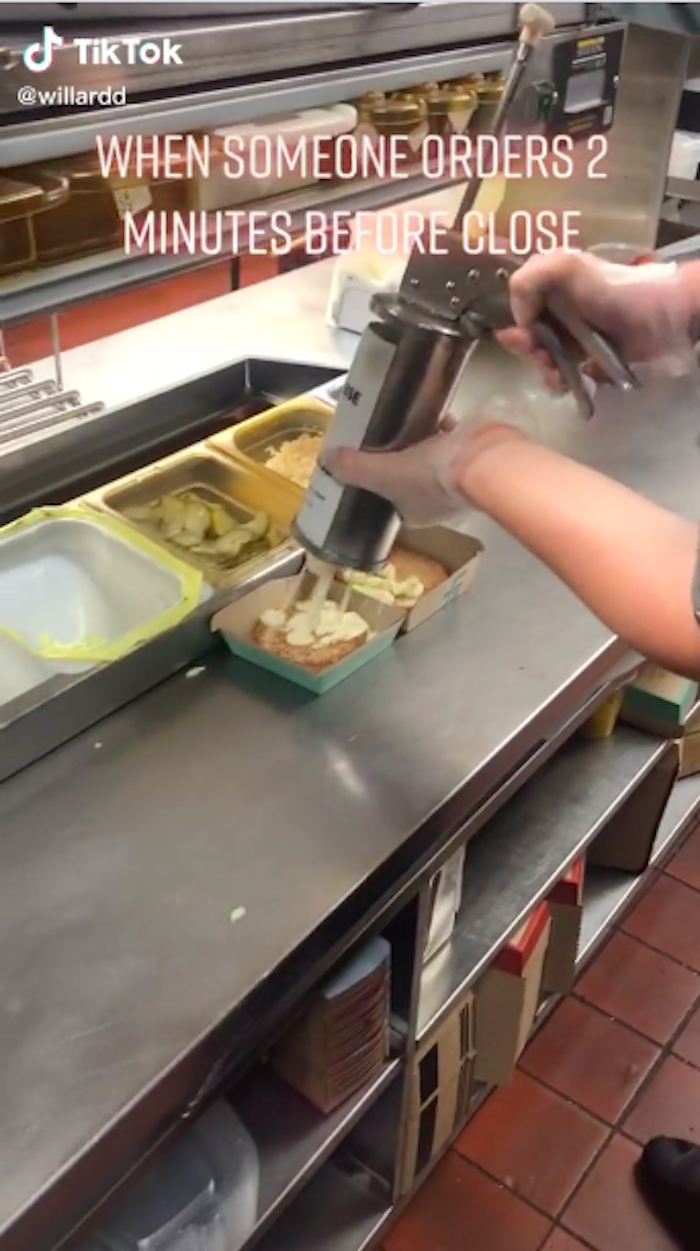 Throws on the lettuce: 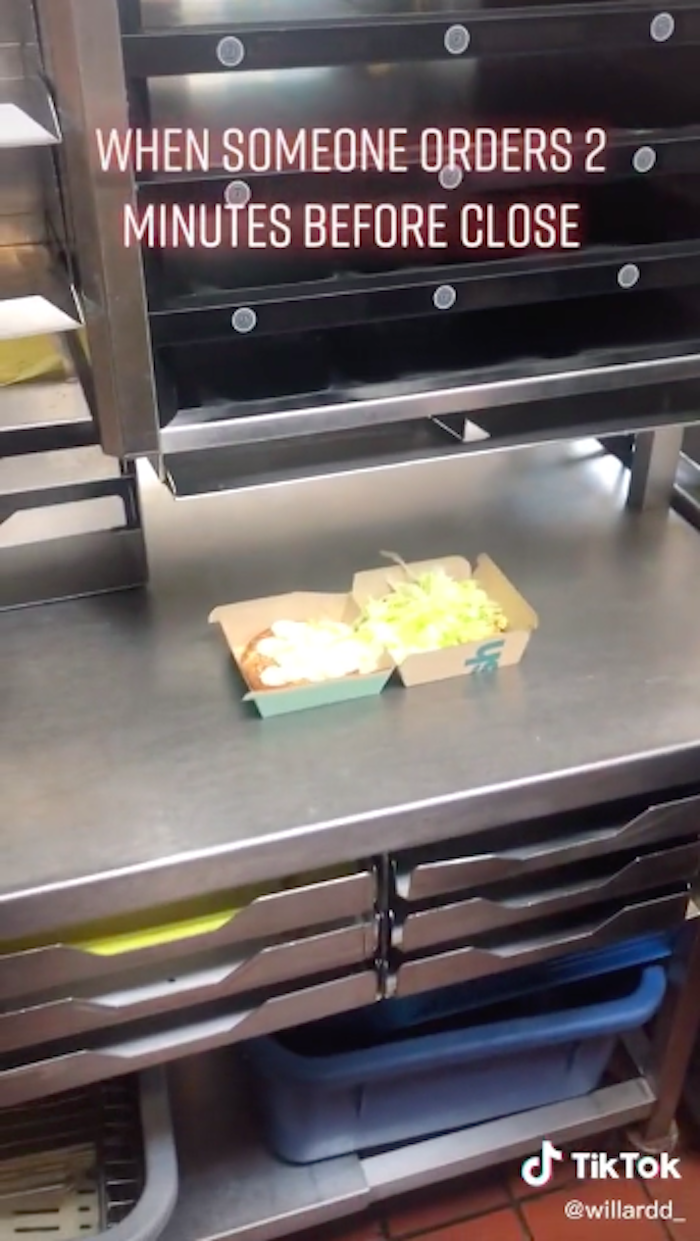 Folds in a piece of cheese with a patty: 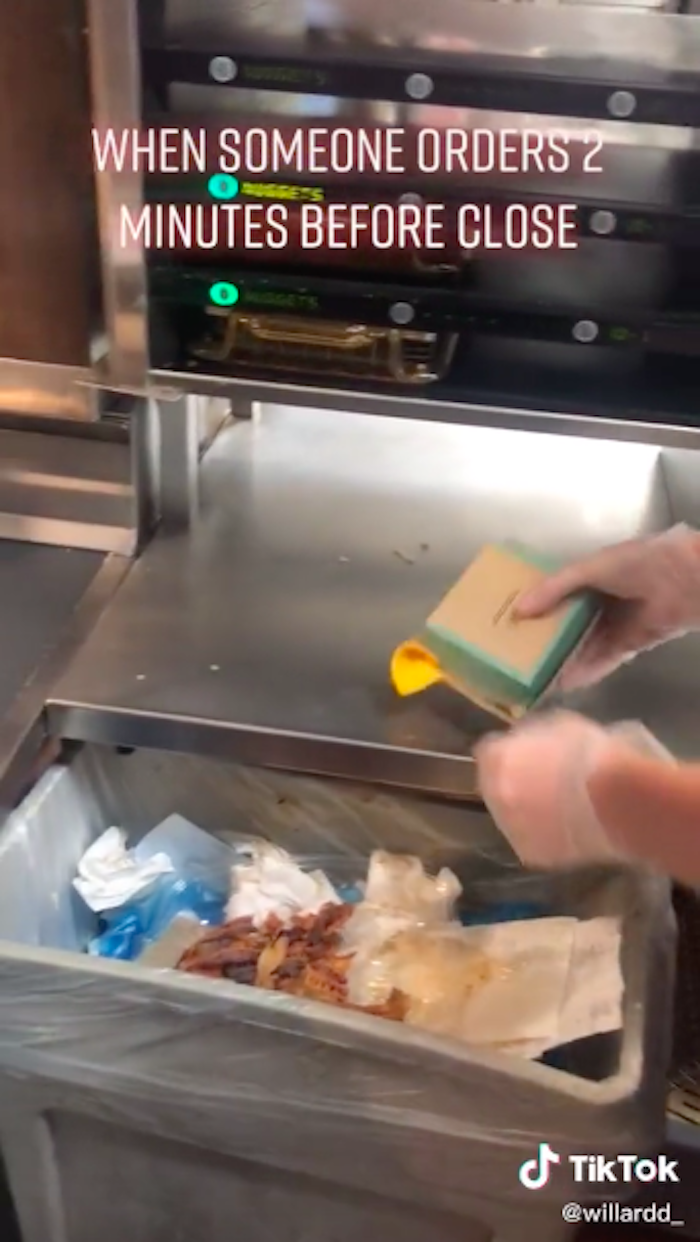 And throws it down the line: 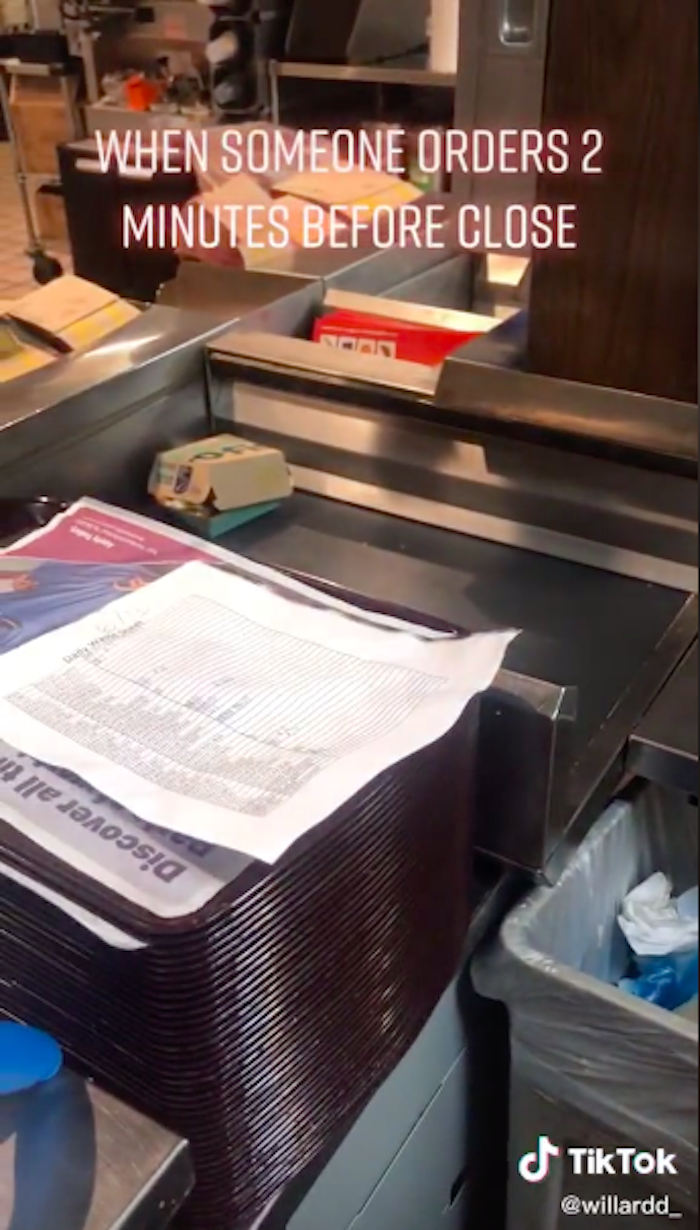 The video has been viewed millions and millions of times, and I think it’s because people want to go to the comments and yell at him. They either say he’s lying, because McDonald’s is open 24/7, or they claim that the food there always looks this bad, or they start to get mad about fast food workers wanting to be paid a fair minimum wage. I’m sure not even topping $8 an hour has nothing to do with the service in that video: 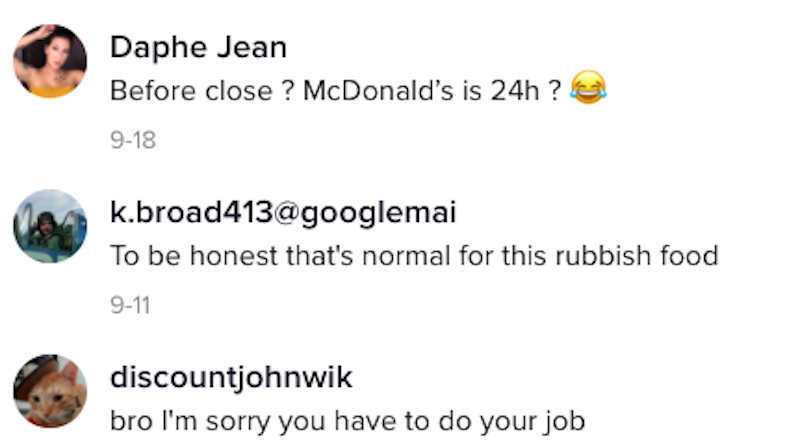 I haven’t ever worked at McDonald’s, but I have worked in a place where someone coming in just before close can mess up your whole night, including getting home late versus getting home too late to function the next day. It’s frustrating, especially when they inevitably take their sweet time about ordering, eating, and leaving. Go to bed, you fry-munching drunks.