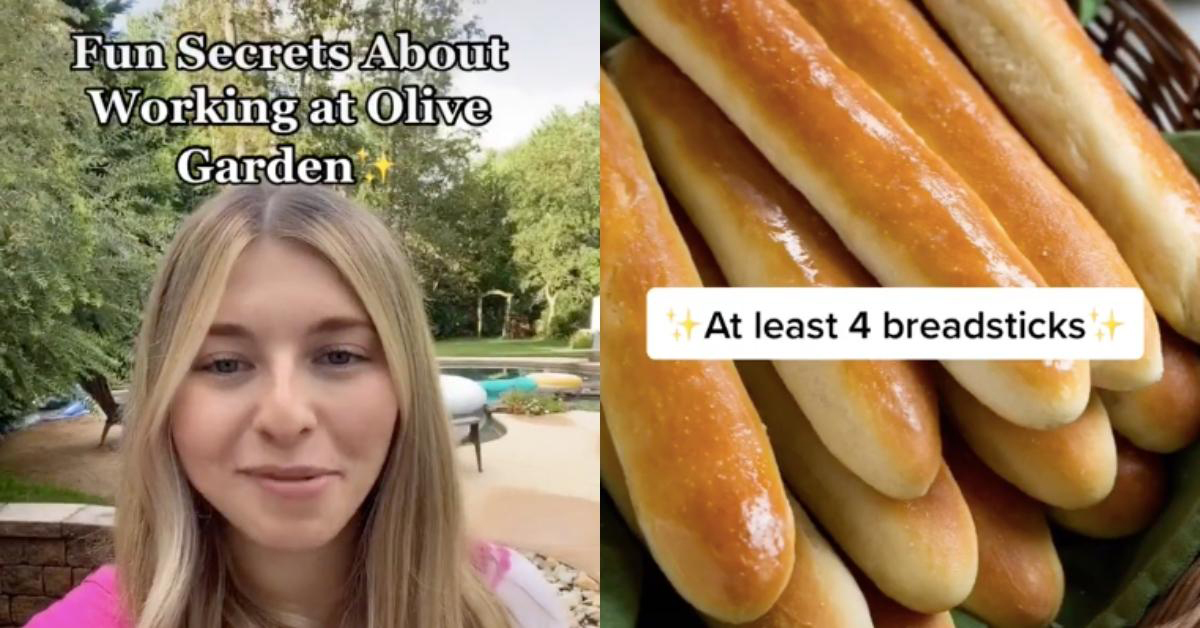 The Olive Garden is an American casual dining staple. Mainly because the restaurant offers unlimited breadsticks and you know how us Americans lose our minds over unlimited bread.

Yeah, there are a few other items on the menu, but let’s be real. You can’t mention Olive Garden without immediately getting gassed up over unlimited breadsticks.

me: trying to take a cute video of a chipmunk stuffing his face

mom, not realizing I’m filming: “it’s kind of like you at the @olivegarden” pic.twitter.com/DSEYA9XzBS

Well, TikTok has granted us a little behind-the-scenes access thanks to user Morgan Potter, who revealed what life was like when she worked there. And apparently, working at Olive Garden is just as exciting as dining there.

According to Potter, the restaurant’s training process is fun, as employees get to taste test every food item so they know how to describe it when a customer asks. Good investment, OG. Employees also get to eat soup, salad, and bread their entire shift, which sounds awesome until you have so much you can never look at a piece of lettuce the same ever again.

Potter says she would also have to cut people off if they were enjoying the unlimited soup, salad, and breadsticks a little too long. And — maybe the worst part of all — the breadsticks aren’t fresh. According to Potter, everything is microwaved.

Since the video went viral, Potter changed its privacy. (DID THE OLIVE GARDEN GODS DISCOVER IT AND DISAPPROVE?) However, she still has a video up where she reveals her favorite food order at Oliver Garden.

TikTok user Bailey took Potter’s audio and used it on her own post about working at Olive Garden as her first job and how her experience compared to Potter’s. On average, she made $120-$140 a night not bad for a first job. According to Bailey, training isn’t as fun as Potter makes it sound and is 9 a.m. until 3 p.m. for two weeks. Bailey also claims her restaurant would never kick people out for sitting too long. (The employees still hated those customers, though.)