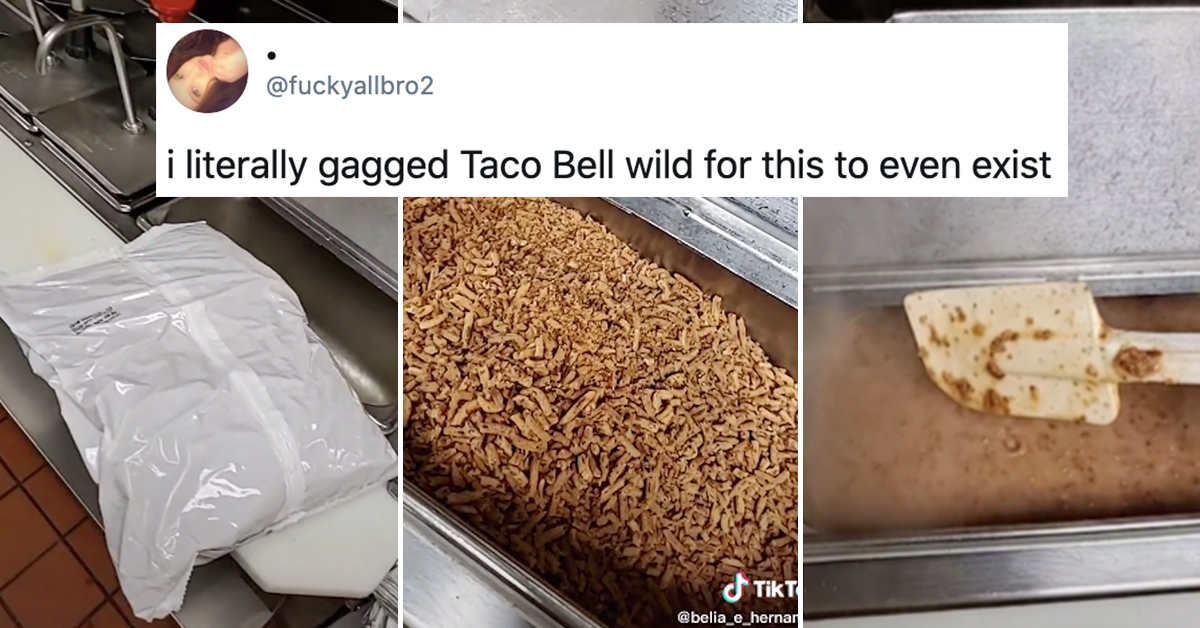 Fast food is pretty much described in the name. It’s made to be efficient to cook, assemble, and shoved into mouths. There have been workers who have tried to really show the process behind making some of people’s favorite brand name fast food meals, and while it’s often gross, it doesn’t seem to be enough to keep most people away.

If anything they want even more fast food hacks, tips, and tricks for getting good value on the menu, even if everything on it is microwaved.

A TikTok posted by user @bcm071823 has kicked up some arguments about what we “know” about fast-food chain Taco Bell. The TikTok basically shows the process for making the refried beans used in so many Taco Bell items, and it’s kinda gross. They wrote in the caption, “Can’t nobody say ‘ewww’ cuz yall know yall be eating Taco Bell bean burritos.”

First, it shows the bag the freeze-dried beans come in, and how they get poured into a metal vat: 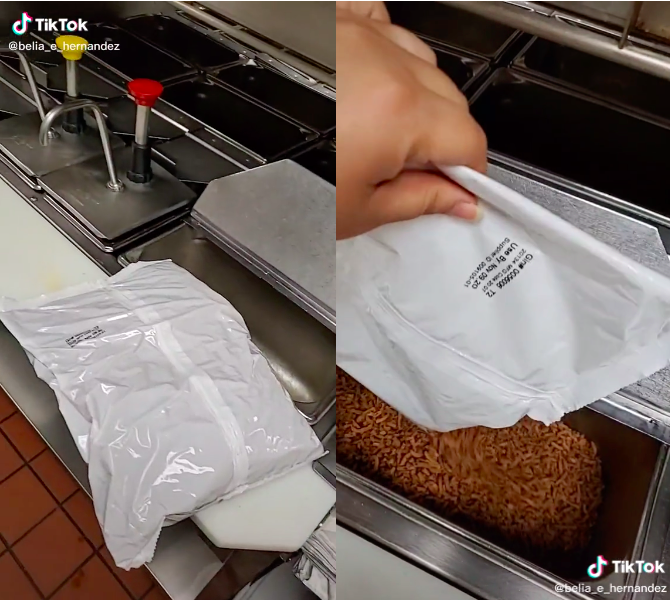 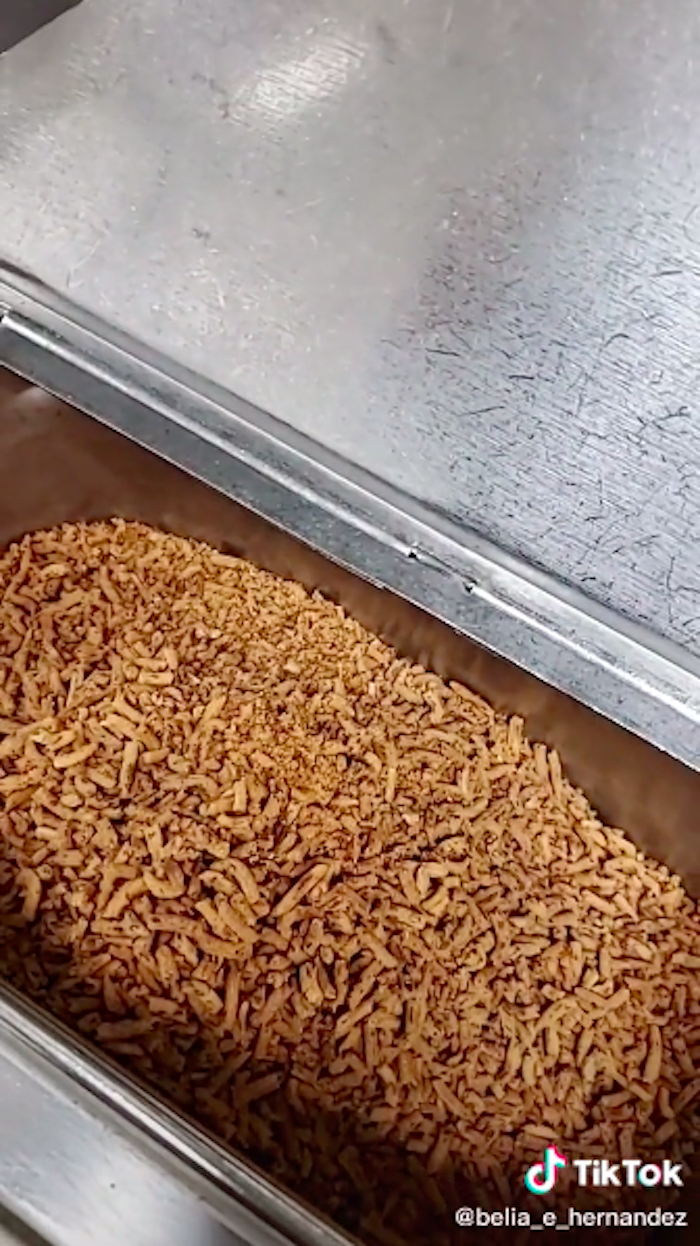 Then the “cook” gets some hot water out of the heater and pours it in with the beans: 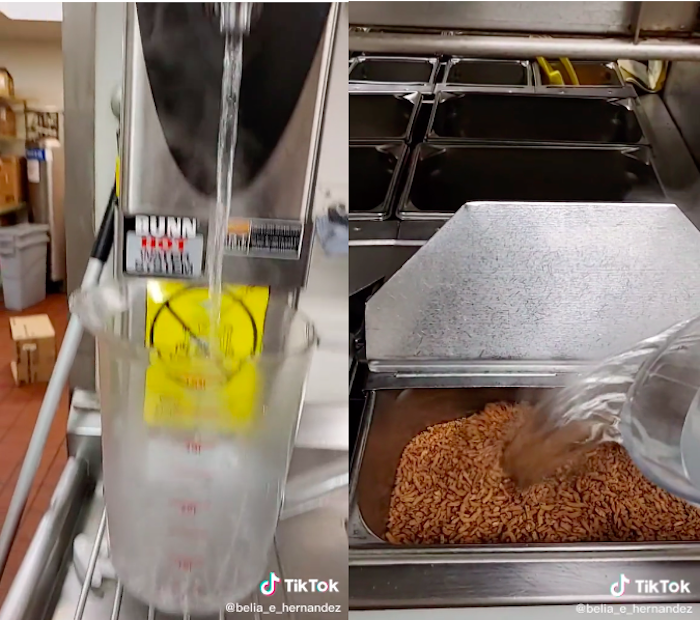 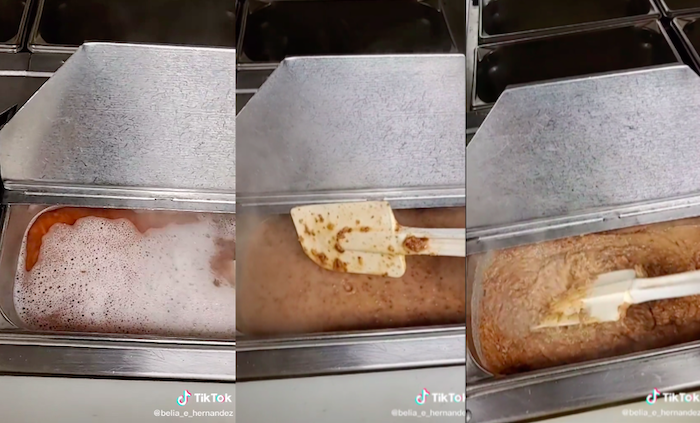 More or less. It’s kind of a magical process when you watch it:

Now, I’ve seen the video about how they make McDonald’s Chicken McNuggets. If you can keep eating fast food after witnessing that, I doubt some dry beans are going to stop anyone. There were a lot of people on Twitter, where the TikTok was eventually posted, who basically said they’re too grossed out to every touch one of those burritos again:

i literally gagged Taco Bell wild for this to even exist pic.twitter.com/yjY5OiY9tR

Yea I worked at Taco Bell. Those are the beans. EVERYTHING the cheese sauce beef it has to be made and prepped like that. It’s disgusting! The only real thing there is the fucking flat bread they use to make the chalupa. That “steak” look like kangaroo meat!

I NEVER ate that shit! That shit had its own sound! We would hear it while we chopped it. It was squishy. The quality of food is TERRIBLE!

There were also a lot of people who simply didn’t believe that. They wanted to know what exactly people were expecting from Taco Bell:

Exactly. If you’ve ever eaten instant mashed potatoes, that’s made with dehydrated spuds. McDonald’s (at least when I worked there eons ago) uses dehydrated onions on everything except burgers that had quarter pound patties on them.

this is absolutely appalling. my whole life i thought taco bell grew their beans in a local organic garden where they were picked fresh every morning https://t.co/WC0fe4kd7k

Me at Taco Bell still eating the bean burritos after seeing the trifling things I saw pic.twitter.com/mmwOMn93NP