Reading a restaurant’s reviews is mostly only helpful when a lot of them are similar. If lots of people have had bad experiences, it’s probably a bad place.

If lots of people have had good experiences, it’s probably a good place that’s about to turn bad because it’s so popular. But what do you do when there’s just one really terrible review that makes it seem like a nightmare restaurant?

The safest thing to do is to assume the person who wrote the review is a nightmare customer.

That seems to be what happened in this series of screenshots posted to Reddit on r/MurderedByWords by Redditor u/scaredofalligators. The pictures show a review of a restaurant in Asheville, North Carolina, and the response written by a restaurant manager. The title of the review is “Horrible!” and it gets worse from there.

In the review they call the management “condescending and unhelpful,” say all their main courses arrived at different times, that the server disappeared, and that when the food arrived it was badly prepared.

They do admit that they ate it all and that when they complained, the manager asked to see it. Obviously, they couldn’t show it off. 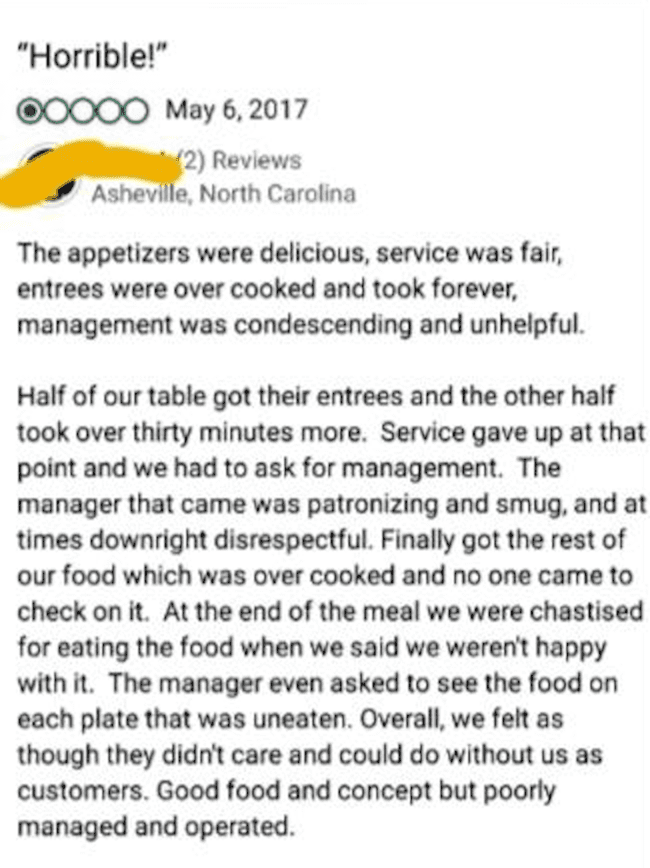 “Overall, we felt as though they didn’t care and could do without us as customers,” they concluded.

The General Manager of this restaurant was not going to take this laying down. They responded point by point, saying the reviewer “left some things out of the review.”

The GM says the server didn’t “give up” on serving the table. They were instructed not to go back after the reviewer called her stupid. The GM says that they don’t tolerate harassment of employees and it was “only out respect” for the other people at the table, including some children, that they didn’t ask the whole group to leave immediately.

They also say the entrees came in waves because the party ordered at four separate times. I’m not sure how that happened (maybe they arrived separately?) but it probably wasn’t the server’s fault. 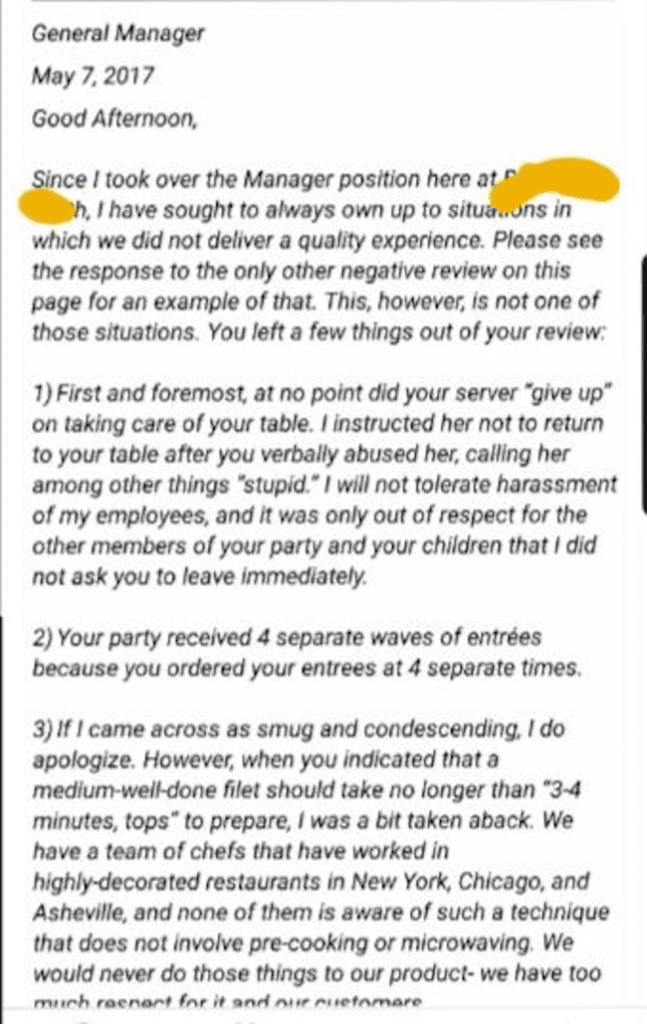 They also apologize for coming across as smug and condescending, but the reviewer apparently insisted it only takes 3-4 minutes to cook a medium-well-done filet. The GM found that odd, as none of the chefs they work with would ever be able to do something like that without microwaving it.

“We would never do those things to our product,” they wrote. “We have too much respect for it and our customers.”

They also say they didn’t demand to see the already eaten food, they asked to see the overcooked entrees so they could better communicate what went wrong with the chef.

It’s hard to give feedback on an empty plate. 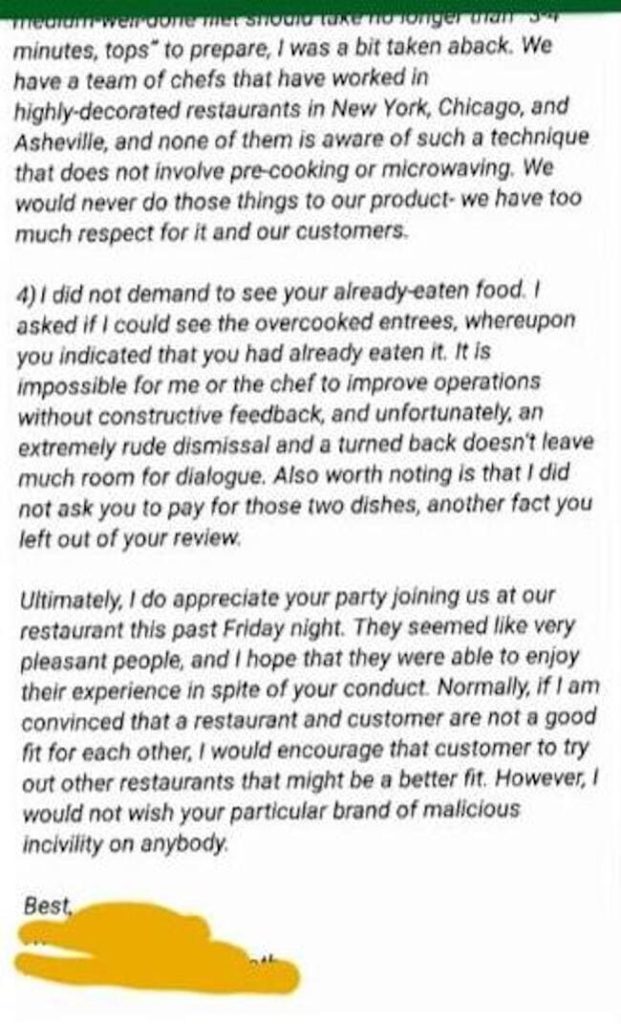 They finished by saying that they usually recommend other restaurants that would be a better fit if a customer does not enjoy their establishment.

“However, I would not wish your particular brand of malicious incivility on anybody,” they write, as a killing blow.

As commenter the_pun_life perfectly wrote, “They may not be able to do a medium-well fillet in 3-4 minutes but he did a well-done roast in seconds.”