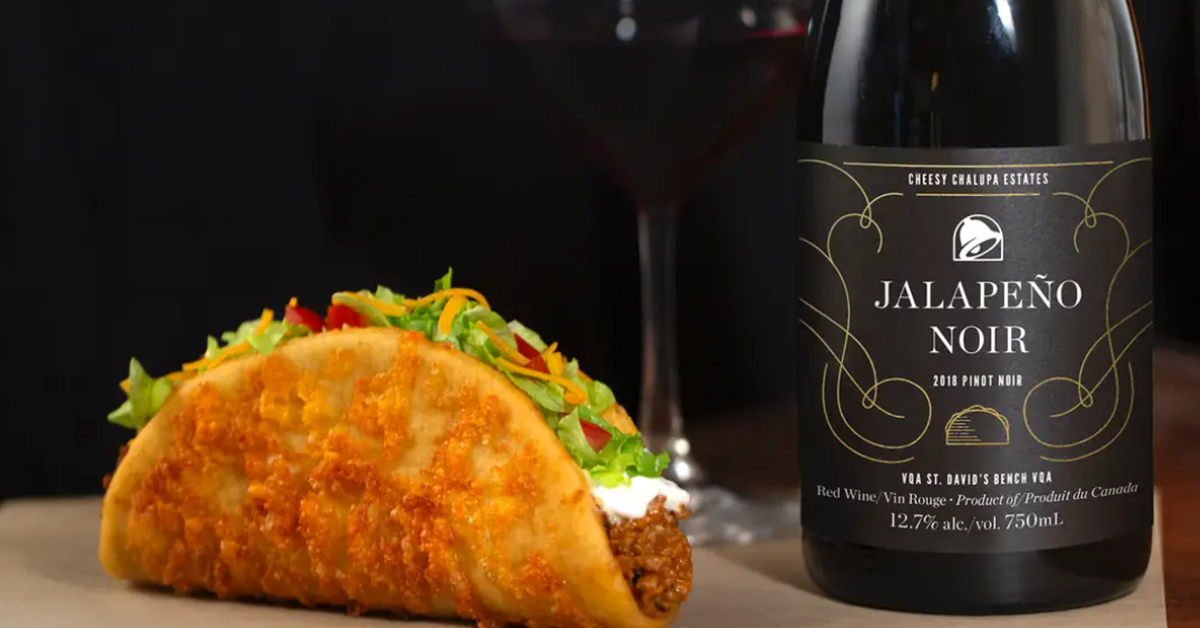 If you’ve been on the internet lately, you may have noticed a little hubbub around Taco Bell getting rid of spicy potatoes, Mexican pizza, and other menu staples.

when taco bell takes potatoes off their menu pic.twitter.com/ThszMX4Jde

For what? Well, we’re now finding out. Taco Bell Canada announced it will serve a limited-edition jalapeño red wine. 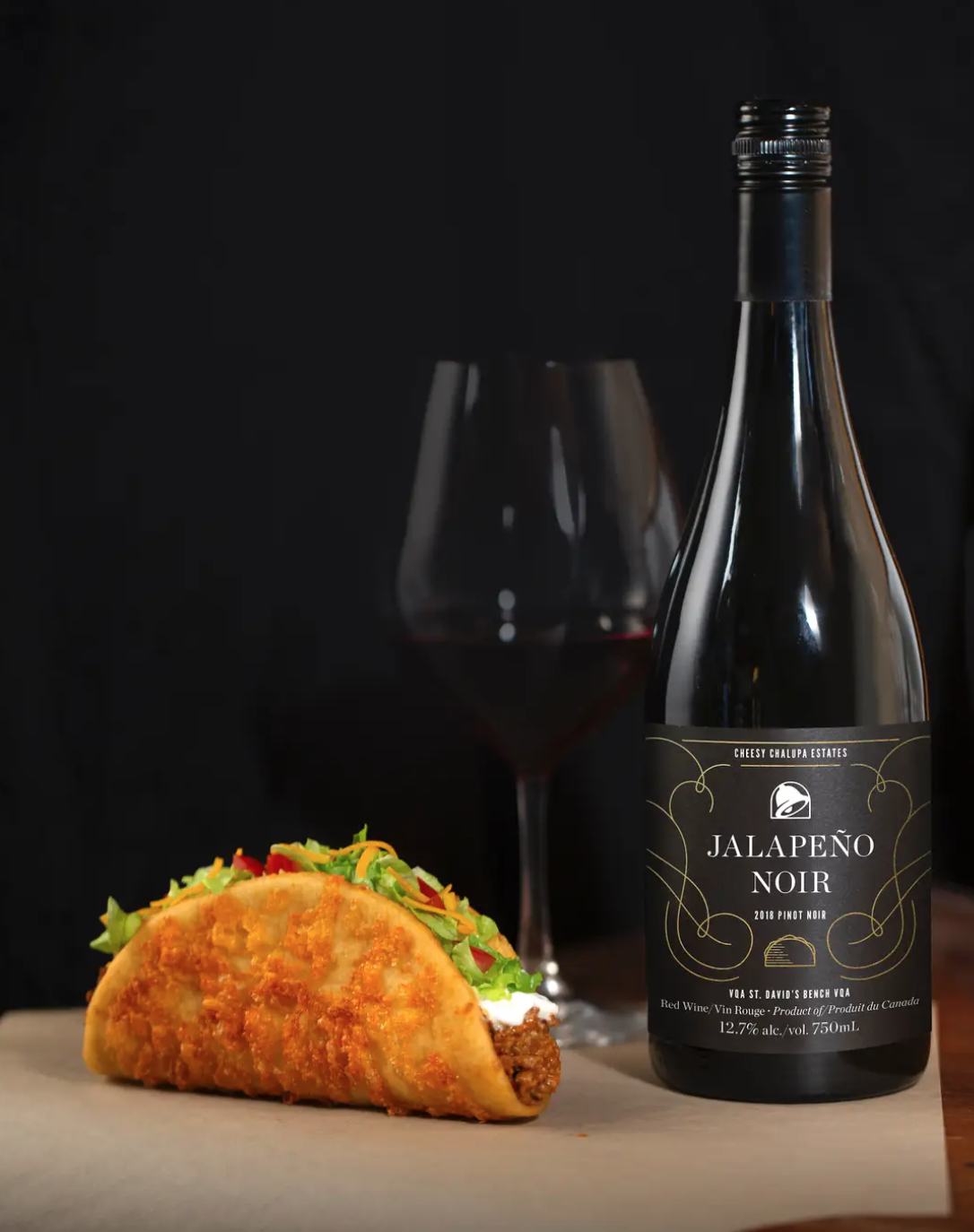 TACO BELL JUST CAME OUT WITH A WINE???????? pic.twitter.com/2Wok0nVrTn

Worth it? Well, opinions seem to be divided.

@tacobell and i mean it

Me once the Taco Bell wine comes out pic.twitter.com/JkExsj6gC6

Can we talk about how utterly ridiculous it is that Taco Bell is coming out with its own wine, but decided the potatoes had to go??????

Money talks, though, and we’re hearing “We are in a state of existential despair every day and everyone wants some T.Bell wine ASAP.”

In case you were wondering (or like me twitching at the computer with my credit card out ready to buy and looking forward to getting a bottle which is only available in Canada) the new Taco Bell wine is already sold out. pic.twitter.com/mjlKgtjebk

Did I buy a Taco Bell wine that’s exclusively sold in Canada? Yes… yes I did.. pic.twitter.com/uxa8TH7mpi

Taco Bell Canada is releasing a wine and you absolutely can't stop me from trying it.

Called Jalapeño Noir, the wine comes in three different bottles is meant to pair with the Cheesy Chalupa, however, we encourage full-menu pairing.

The announcement coincided with another big alcoholic innovation: the Dew Garita:

imagine someone pours you a glass of wine and u ask what it is and they tell you its jalapeño noir by taco bell lmfaooooooooooo this is really the end of days huh https://t.co/4y4VIAFCki

Taco Bell is now selling its own custom wine in Canada, because that’s the kind of year it’s been.