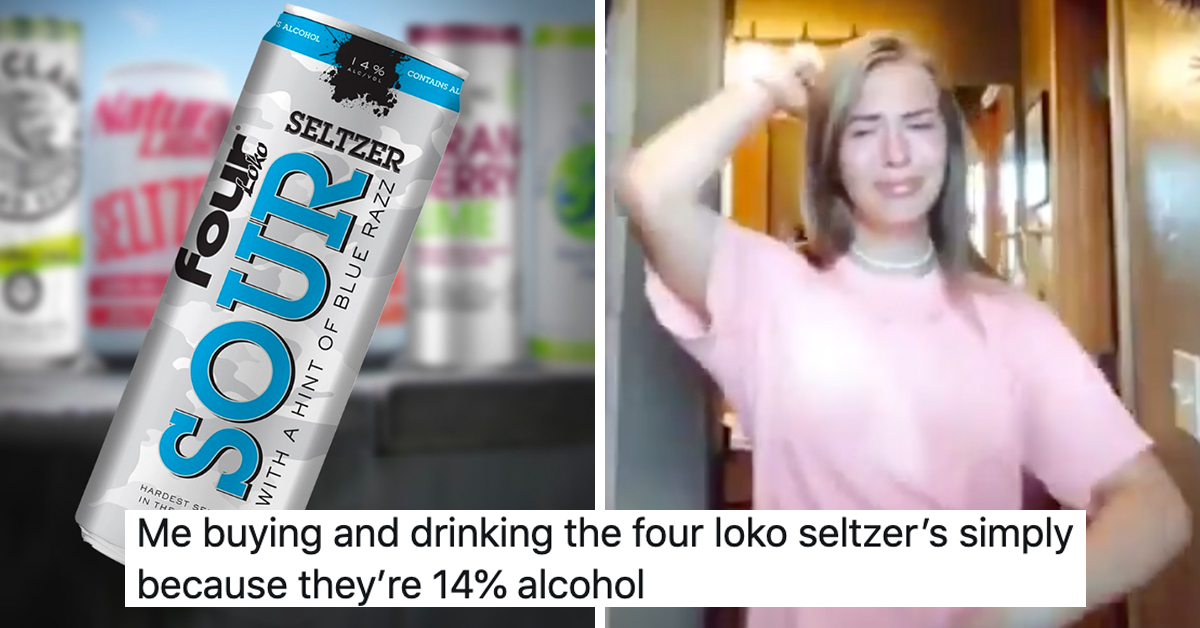 You can measure your maturity level by the number of days since you drank a Four Loko. Four Loko is an alcoholic drink with high caffeine levels that caused a cultural panic almost a decade ago, because it was basically poison.

Many a house party ended in horror after someone showed up with a few Four Lokos wrapped in a brown paper bag. It’s the drink you go for when you don’t have much cash and even less pride, but a stomach of iron.

And not it looks like a bunch of people are about to hit the reset button on personal growth and go back to the Loko.

The brand just announced a new Four Loko seltzer, jumping on the trend of alcoholic fizzy drinks that have recently had a surge in popularity.

No big deal, except Four Loko is back on its bullsh*t. Four Loko seltzers have an ABV of 14%.

For comparison, their rival White Claw seltzer is 5 percent alcohol.

Got Four Loko trending in the U.S.pic.twitter.com/muKbAujyMB

The news has Four Loko trending on Twitter again as people discuss exactly how much of their first can of Four Loko Sour Seltzer they’ll get through before either dying or marrying a dog. This isn’t how I want to go out, but summer is almost over. You gotta live while the Four Loko is cold.

Me buying and drinking the four loko seltzer’s simply because they’re 14% alcohol pic.twitter.com/x5lsfaeBqW

My Brain Cells when i reintroduce Four Loko into my diet pic.twitter.com/AYbpfBfQSs