Hey, we’ve all done stupid stuff. In fact, we’ve all done stuff that makes us cringe again in embarrassment every time we remember it. That’s just part of being a human being. Eventually, we’ll all get over the dumb and embarrassing things we’ve done and learn to look back and laugh. Still, there are some people—no, some HEROES—who get over their shame in record time and laugh at themselves almost immediately (or, you know, shortly after). Braver yet, they share their embarrassment so that we can all laugh together. This post is dedicated to them. May you few brave souls never stop f*cking up and telling the entire internet about it so that we cowards can laugh about it.

1. This person who didn’t know how to pronounce “croissant.” 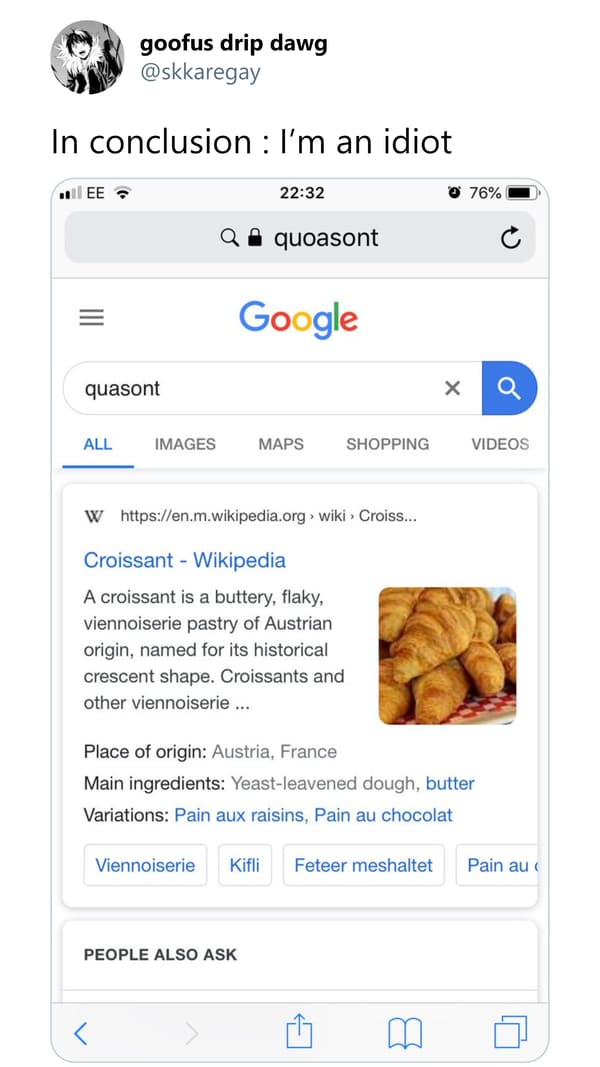 2. This woman who admitted she thought the new year started on Independence Day. 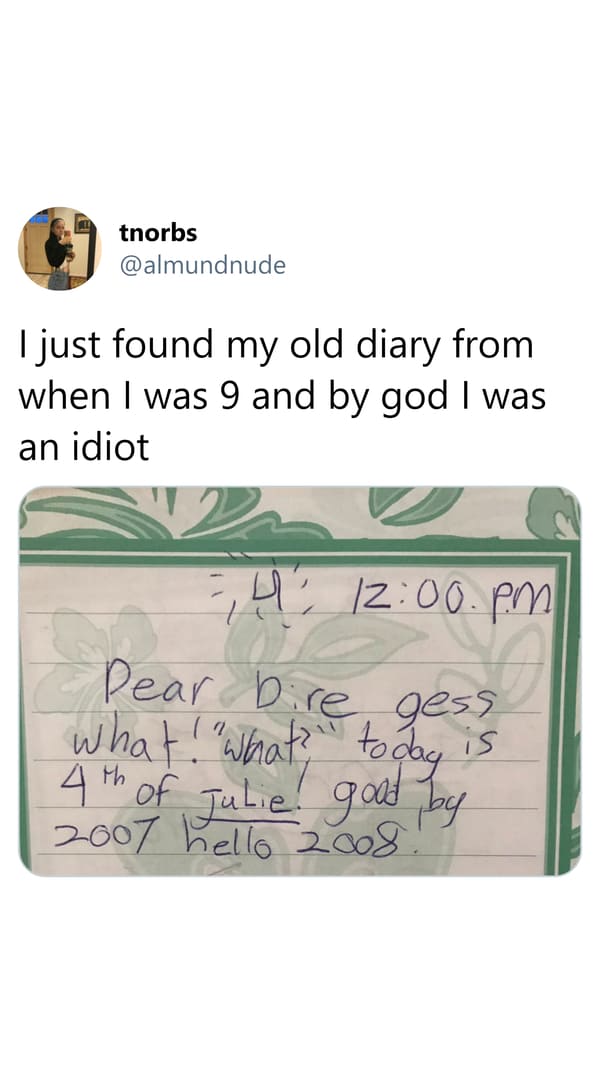 3. This woman who thought an umbrella was someone attempting suicide. 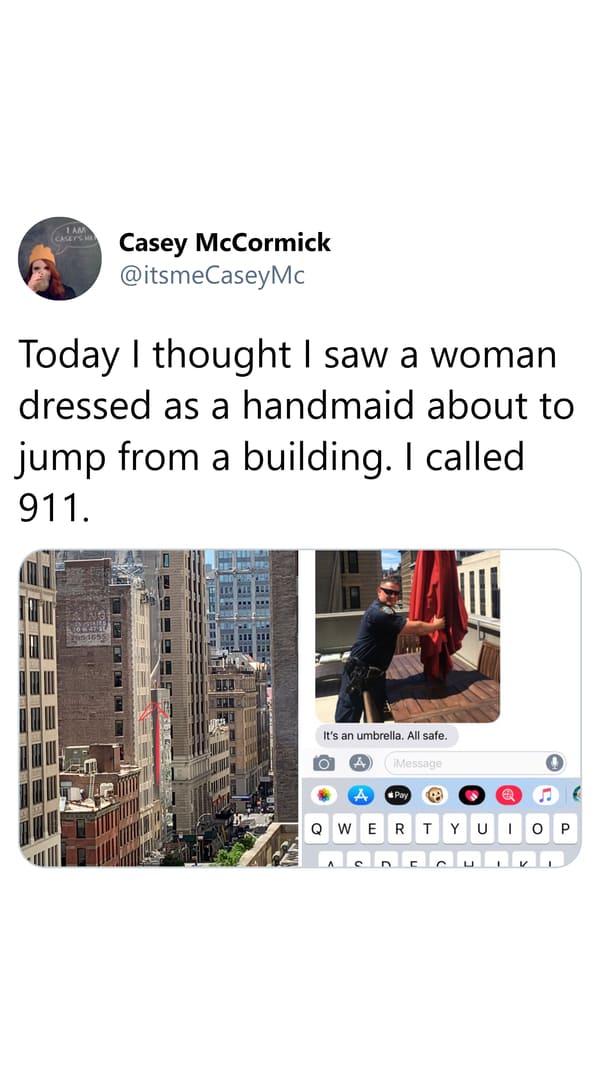 4. This woman who accidentally called a friend’s grandma something horrible.

HOW has this just happened?!?!??!!? pic.twitter.com/lSJJqQmNik

5. This dude who got tricked by a dog statue.

I was at work and I was so upset that someone left heir dog in the office so I went to play with it and it’s a fucking statue, then I was more upset pic.twitter.com/JLv5lPJvIW

6. This woman who was carrying around parmesan cheese for some reason (???).

Guess who will never throw an unsecured bottle of parmesan cheese into their laptop bag ever again? 🙈🙈🙈 pic.twitter.com/6ZCT5NhTsV

7. This guy who got fooled by a chicken quiz.

my dumb ass just took a quiz about “what kind of chicken you are” thinking it would tell me what BREED of chicken I am. I’m roasted chicken for everyone’s information.
— babydisco (@ohwaitsorry)

8. This woman who got trolled hard by her mom.

Please tell me about a time your parents unintentionally dragged you within an inch of your life. I'll go first: Once in college my mom sent me a care package that was just acne face washes and the book He's Just Not That Into You

9. This student who turned a term paper in to “Professor whats his nuts.”

A series of unfortunate events: pic.twitter.com/xSnT0JTYPV

10. This guy who deserves getting dunked on for eternity.

Me and my girlfriend dated once when we were younger and now again as adults (9 years apart) I dumped her in a text when we were 17 and anytime we watch a movie that is ab breakups she still will say “i wonder if he dumps her in a text” girl’s never forget a thing.

12. This woman who A) got this tattoo, B) Let Guy Fieiri photograph it so he could C) share it with everyone on the internet.

A resident of #Flavortown with her tattoo in San Diego! pic.twitter.com/snhOtADJct

13. This woman who admitted she was such a huge Jo Bro fan she yakked at a concert.

the jonas brothers are coming back and my dad told me straight to my face, “you will not drag me to another one of their concerts after what happened when you were 6” long story short, the jonas brothers opened up for hannah montana and i threw up when i saw nick