The makeup removal struggle is real, amiright? You get to the end of the day, pop out your contacts, swipe on some oil or makeup removal or whatever you’ve got on hand and go to town. But the mascara remains! The sneaky black fluid sticks to your eyelashes and creates a sort of punched-in-the-eye look even after you’ve washed it all away. So you get to cleaning it again, and then when you finally get annoyed with the whole situation, you just rub the rest off on your towel.

Towels be damned! It’s not towels are seen by anyone but you, right? Apparently not in the case of one woman, whose husband is staging a coup in response to her leaving her mascara-drenched stains all over their good white towels. Oh, the horror.

Reddit user AJBHcats shared this note from her exasperated husband, alongside the caption: “I found this from my husband in the bathroom lol…” 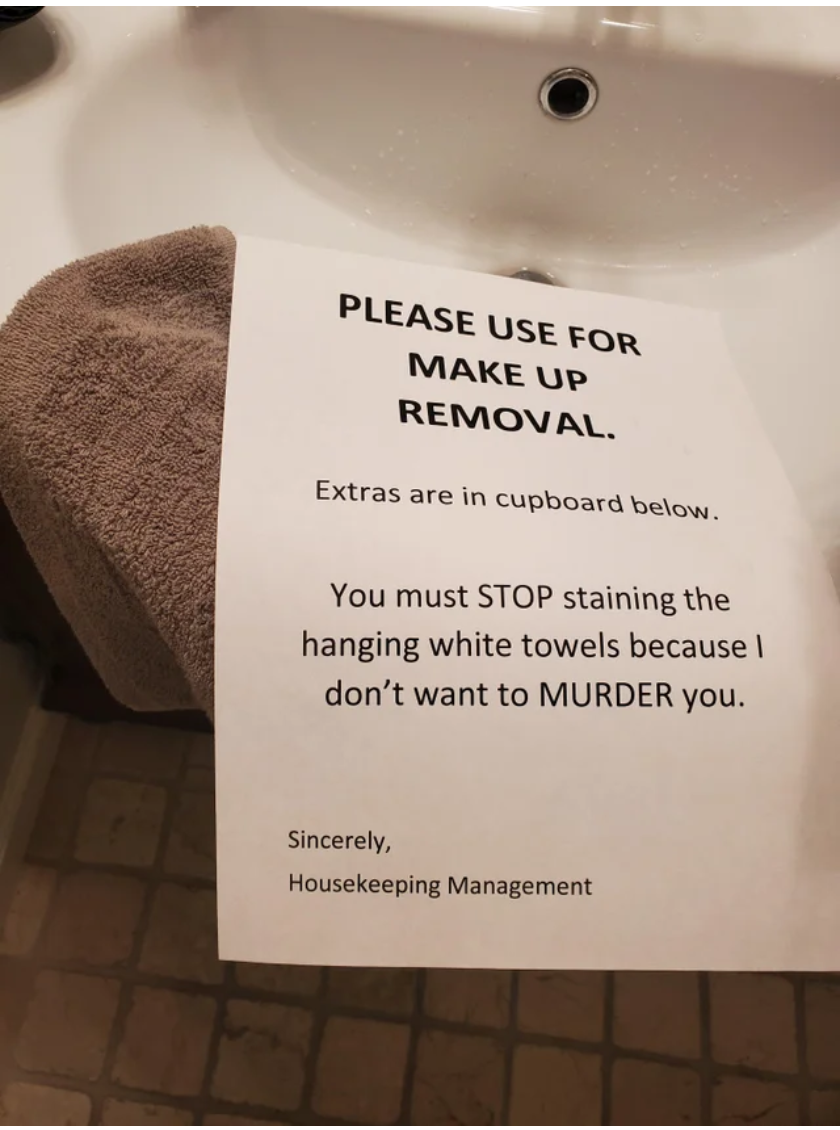 “PLEASE USE FOR MAKE UP REMOVAL,” it reads. “Extras are in the cupboard below. You must STOP staining the hanging white towels because I don’t want to MURDER you. Sincerely, Housekeeping Management.”

Apparently, she’d been using the WHITE towels (oh, the horror!),  leading him to thoughts of murder. He was so annoyed that he even left her MORE ugly brown towels to stain. On one hand, what a guy. On the other? Get over it.

People told the OP that it COULD actually be worse. Much worse. For example, this atrocity:

But mostly, people were very confused about how she was cleansing her poor face and eye area — and they wanted her to know it:

Are we womaning all wrong?

But also, people were sort of concerned about the murder aspect of the whole thing:

The whole ordeal got people talking about how ANNOYING it is when people ruin perfectly clean towels, especially in hotels or AirBnBs: 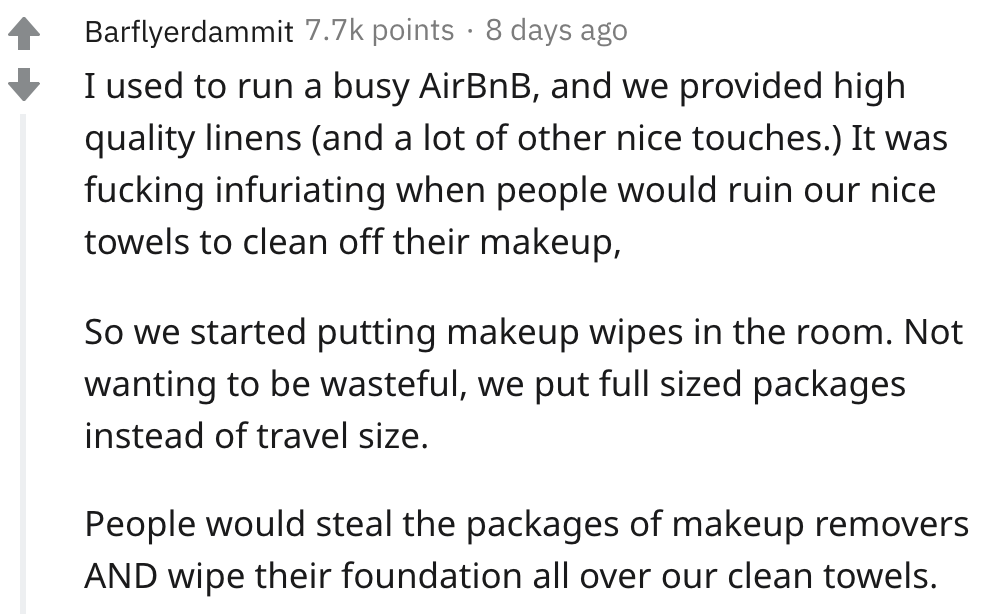 The makeup struggle is real — for all involved:

But some people were fixated on their marriage, taking things…a bit too seriously:

In the end, the OP added that she was still alive and everything was all good.