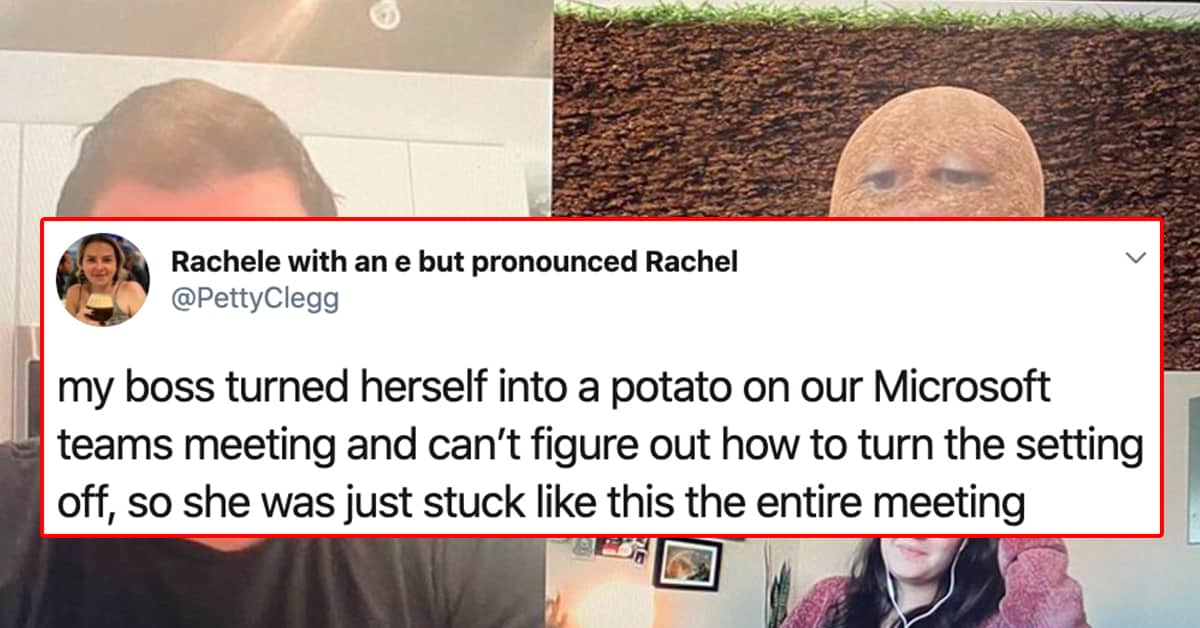 Everything in life is online now and the apps that allow us to see one another during classes, meetings, and general hangouts are reaping the rewards of this pandemic. One of the biggest success stories is Zoom, a chatroom that has gone from almost no one having ever heard of it right to being central to our lives. Zoom is so popular that Zoom backgrounds are trending on Twitter. People are delighted by everything they can do with the app, since there’s nothing else to do at all.

So why are folks still doing those things? Well, we’re in our own homes and there’s nothing like quarantine to make people a little bit too casual. It might take a while before folks understand how the private has become more public than ever. That means there will be even more Zoom Fails as this goes on. Here are the best right now:

Rule one of zoom: always be on mute. pic.twitter.com/EOmBcIAJkD

Zoom class is the perfect place to roll a blunt pic.twitter.com/B2zi3pi3bS

4. When the boss can’t un-potato herself

my boss turned herself into a potato on our Microsoft teams meeting and can’t figure out how to turn the setting off, so she was just stuck like this the entire meeting pic.twitter.com/uHLgJUOsXk

I yam potato boss. You should see me in a crown, right @billieeilish? I yam glad this is making folks laugh at this time. Please stay planted at home and safe! For more needed laughs, follow my favorite comedian @cristela9 . Potate out. #HASHtag #PotatoBoss https://t.co/OxpidZc921

Behind every successful woman is an unsuccessful man not wearing any pants:pic.twitter.com/GZsKPsXhub

6.Forgetting everyone’s in the bathroom with you

Has anyone else forgotten they were on a video call for work and just lifted their shirt up over their head? 😑#zoomfail

9. Ending up in the wrong class on the other side of the world

Nothing worse than showing up to the wrong class…in the wrong country. #ZoomFail #Zoom pic.twitter.com/ZQ3Pv903Ce