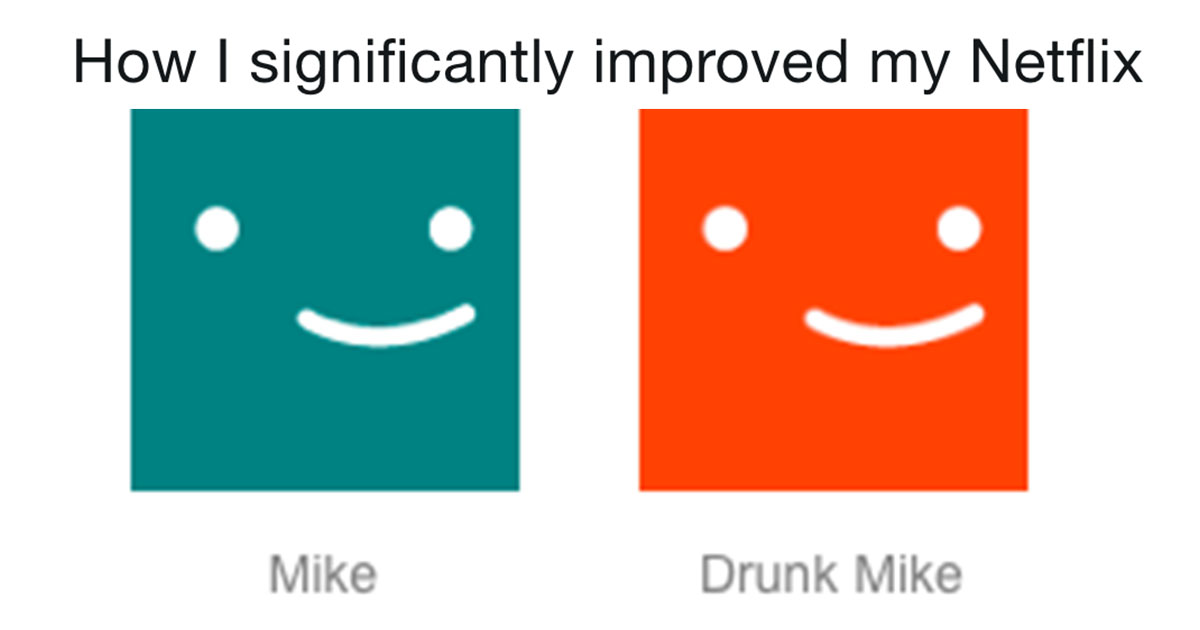 Most of us are guilty of spending an arguably unhealthy amount of time on Netflix.

Episode after episode, season after season, it just becomes so difficult to stop. Plus, there’s nothing better on a rainy day than curling up with your pet in bed and streaming for hours on end.

Anyone else out there who’s in a serious relationship with Netflix can relate to all of these hilarious jokes.

NETFLIX SUGGESTIONS
Because of your interest in: being pissed off
Netflix recommends: the sequel to a movie when we don't have the original

How I significantly improved my Netflix pic.twitter.com/8EMjBI3PM1

5. The more specific the better!

"Are we still having sex?" -Netflix during sex

NETFLIX: You watching?
ME: Yes
N: You like what you see?
ME: Uh sure
N: Do you want me?
ME: What the hell
N: Undress me
ME: I need an adult

Netflix: we are the top online streaming service. Best in the world.

Me: can I rewind 10 seconds without ruining everything?

11. I should just cancel and get a booklet of paint swatches from Home Depot.

Netflix Suggestions For You
Because You Watched: Your Life Slip Away
You Might Also Enjoy: Just Giving Up Completely

My sister and her husband cancel their plans to get wine drunk and binge watch Netflix shows. That's the kinda marriage I want

Sometimes when I'm binge watching Netflix, I remember that when these shows were on tv people had to wait a week to watch each episode pic.twitter.com/wqHdUo8hkE

19. Yes, who designed these icons?

21. Oh, never realized that was a sequel.