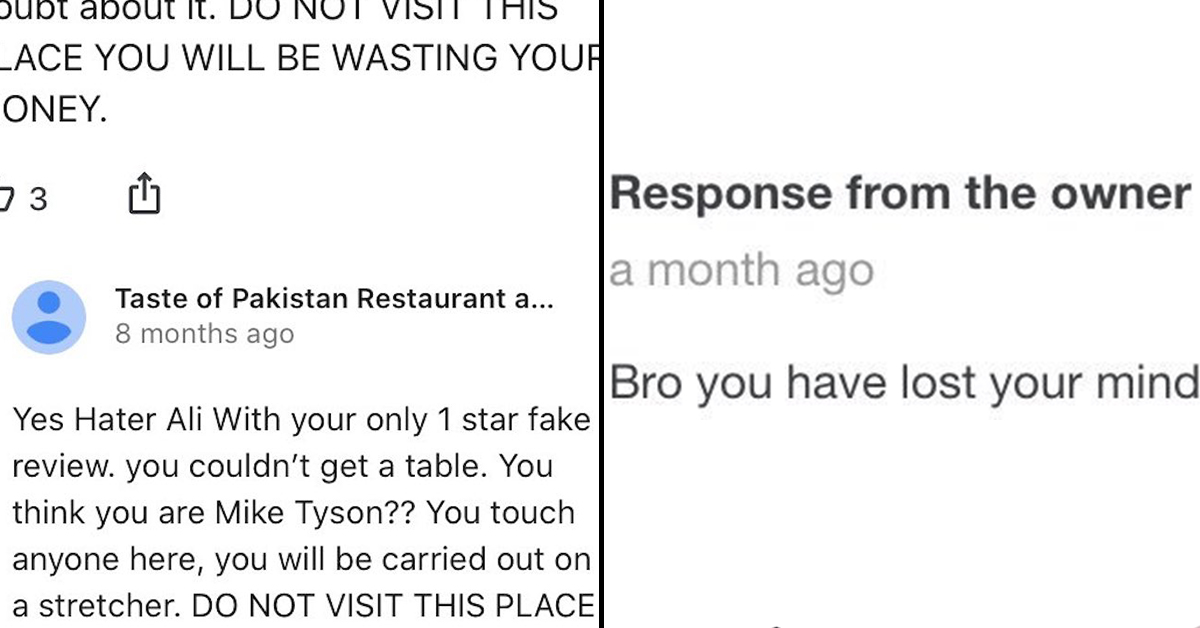 When Yelp first started gaining popularity, there was a lot of fear around big reviewers. It seemed like everyone thought they could strong-arm restaurant owners into giving them free food and special treatment in exchange for a positive review, threatening to ruin businesses over an appetizer. Well, the tides have turned. There are now about a hundred ways to leave a restaurant review and no way for the owners to keep track of everyone who comes through or who they are or why their opinion matters. Because it mostly doesn’t.

Now, the new hot thing is to absolutely destroy rude Yelp reviewers, either by exposing them on your own social media platforms as faux-influencers and entitled know-nothings or by replying directly to reviewers with scorching comments about them.

That’s the path the owner of Taste of Pakistan Restaurant in the U.K. has taken, and he’s being widely celebrated for it.

Writer Jonathan Nunn has produced a viral thread of the owner of Taste of Pakistan absolutely popping off on bad reviews.

“I love how there’s so much handwringing discourse about how restaurant owners can respond to bad reviews when the taste of Pakistan owner is just out here bodying his customers for fun,” he wrote.

Here’s an example where he threatens to send a customer home on a stretcher: 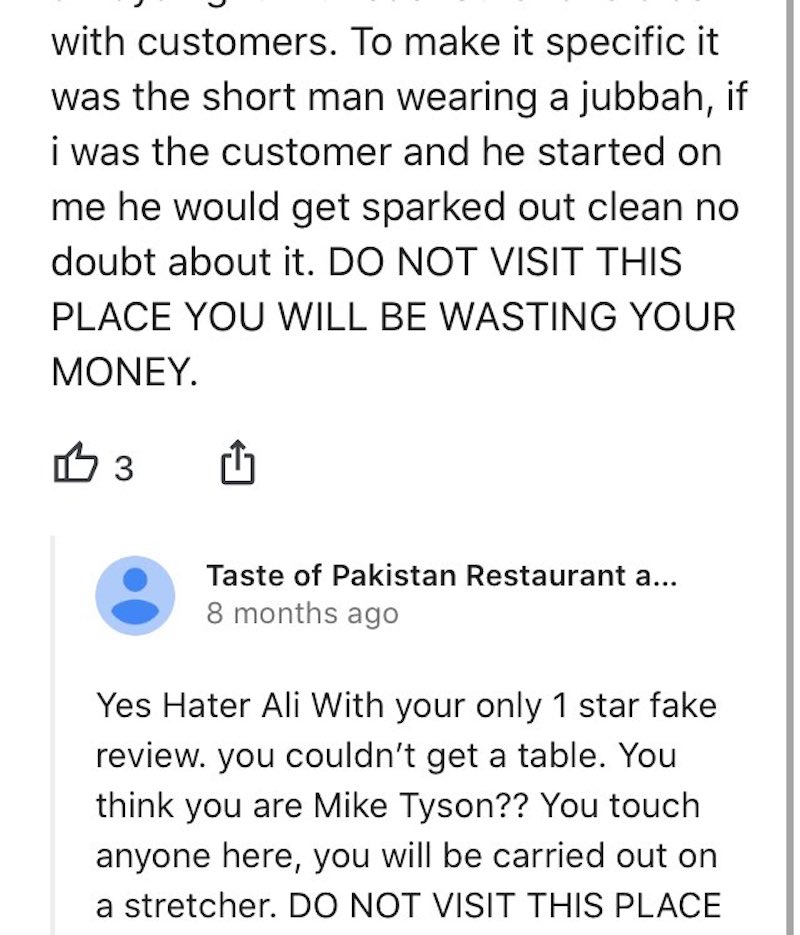 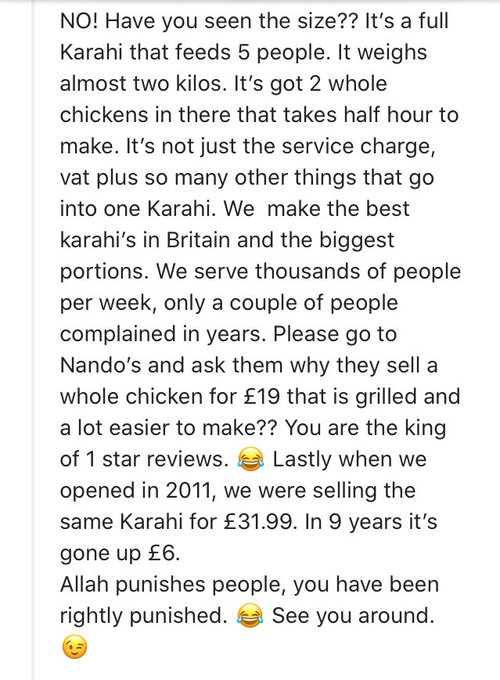 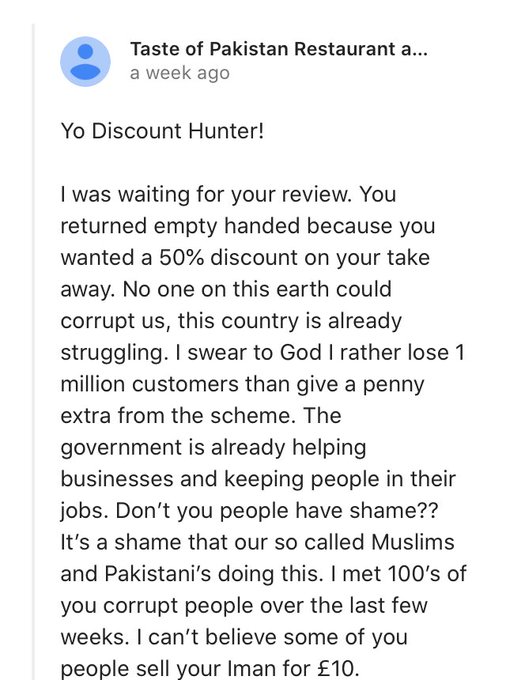 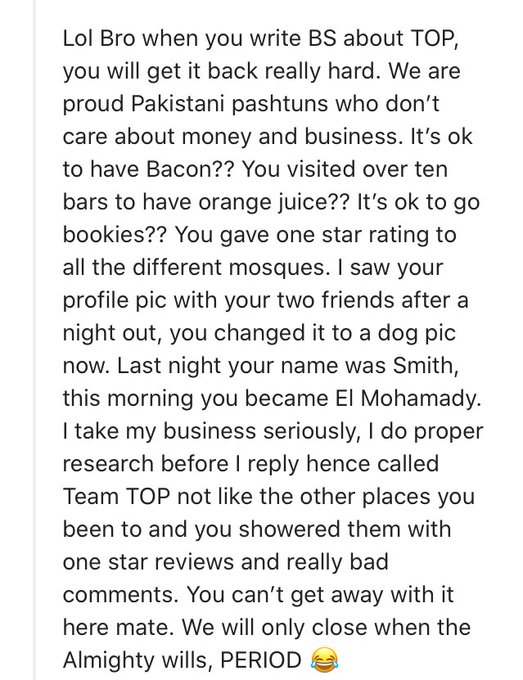 But he is not always threatening. When he gets a good review, he heaps praise on the reviewer. Fair is fair:

these are two absolutely huge moods from the same restaurant owner pic.twitter.com/k3gsLxKbtK 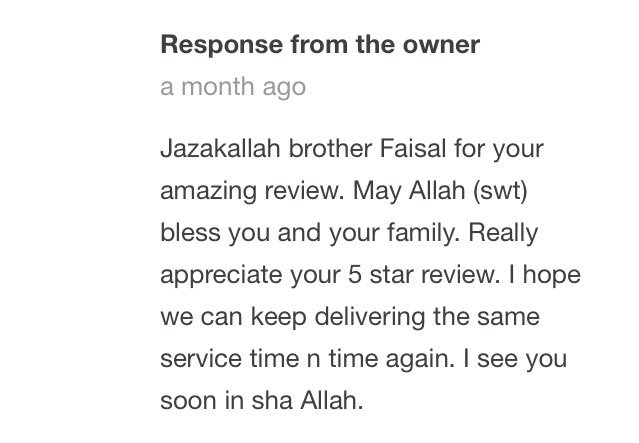 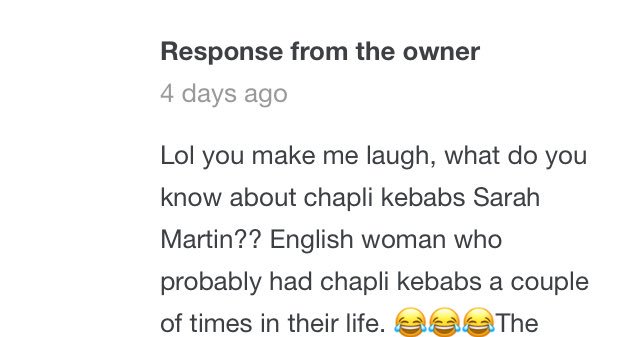 Nunn’s favorites are obviously not the nice responses: 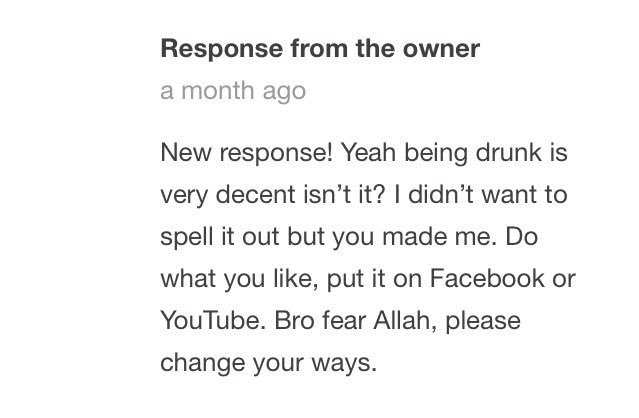 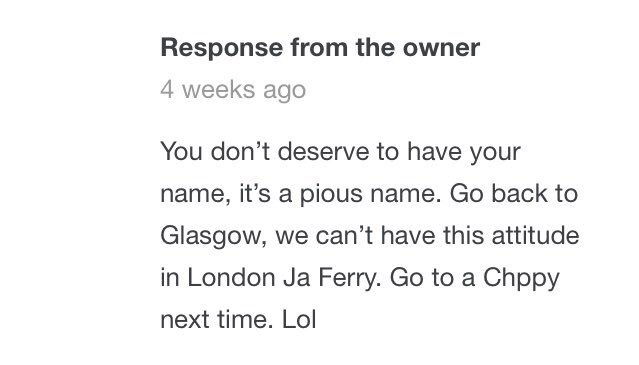 customer: the food isn’t the same as before

restaurant owner: actually, since you were last here, you have biologically changed pic.twitter.com/j7G9bShCe3 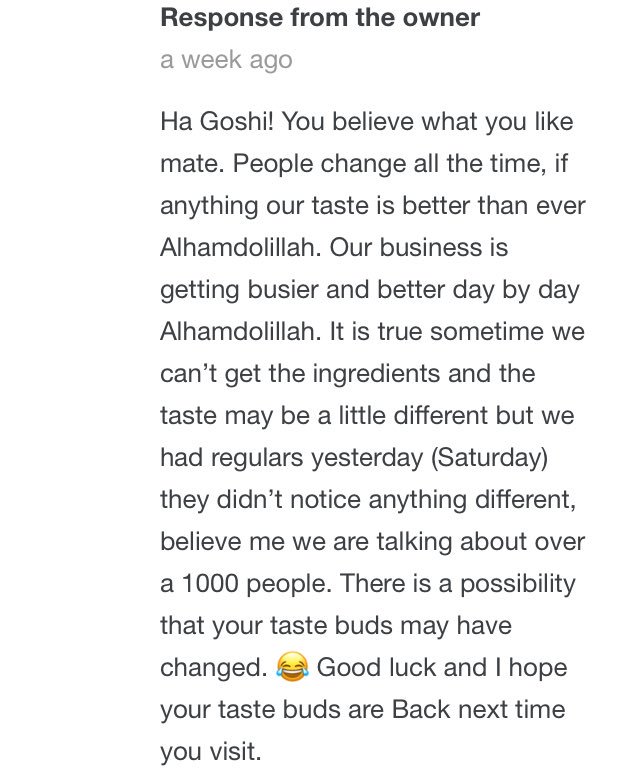 The absolutely no holds barred drags that this restaurant owner is doling out has actually attracted a bunch of fans. Some people want to go to Taste of Pakistan just to support him. Or he’s like a cult figure, like the Soup dude from Seinfeld. They crave punishment:

HAHAHAAA the latest one is epic pic.twitter.com/kmTRCGn5DI 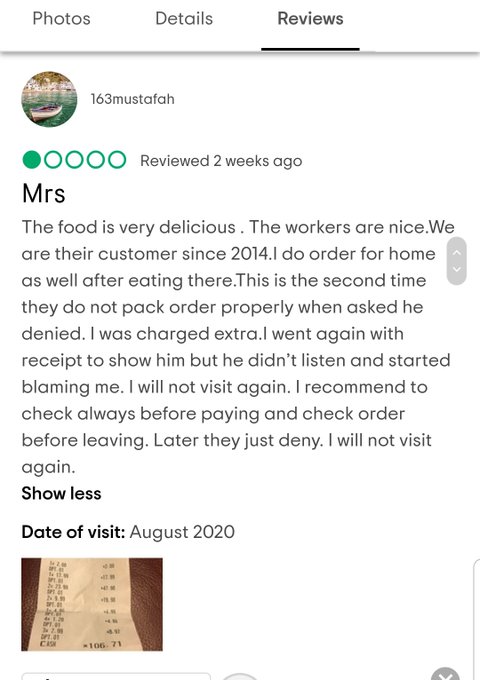 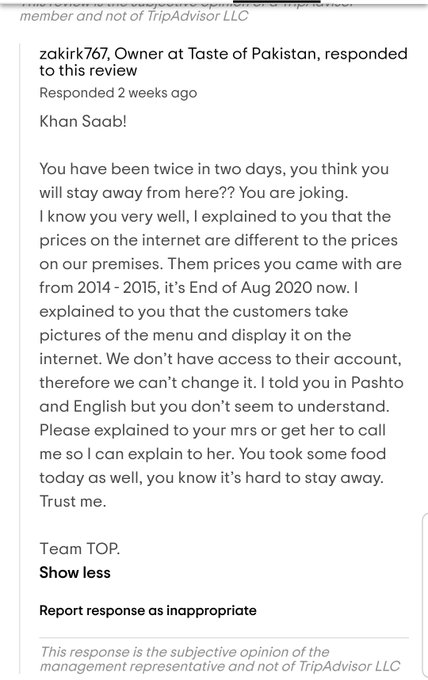 Hounslow!!! Piccadilly line will take you there easy

I want to eat there so bad

I love how wonderfully rude he is 🤣

I completely understand. After reading all of this, I’m starving for a taste of Pakistan.