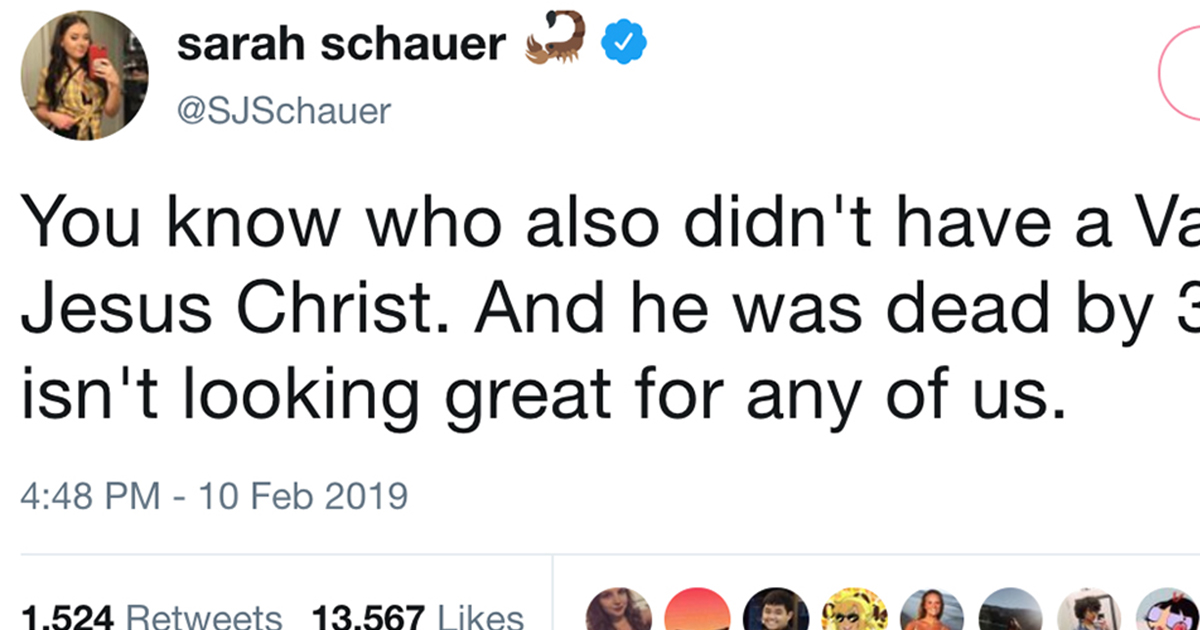 Ok, we know. Everyone knows Valentine’s Day is a completely arbitrary commercial holiday invented by Hallmark, and that it preys on our greed and insecurity, and that it fuels our worst tendencies, yadda yadda yadda…but still. Despite knowing all this, it can be difficult not to feel a little bad, particularly for those of us who remain single year after year.

But it’s important to remember something: we’re single every other day of the year, too.

You know who also didn’t have a Valentine? Jesus Christ. And he was dead by 33 so this isn’t looking great for any of us.

Can we replace Valentine’s Day with another thanksgiving?

Are you excited for Valentine’s Day?

it’s almost valentine’s day, and you know what that means! i’m starting a crisis hotline for queer women who need to report straight women saying “galentine’s day” and patching them straight through to the police

How I want my valentines to end vs. how it will actually end pic.twitter.com/z6UBUnUliB

As your goth valentine I promise to leave you alone while you read about the occult while secretly plotting my murder.

Me on Valentine’s Day: pic.twitter.com/z5sVawLmhh

Roses are red violets are blue if he’s busy on Valentine’s Day, the side chick is you

Valentine’s Day really separates the men from the boys, and then separates me from both of them in a third location

this close to valentine’s day in the year of our lord 2019 you simply can’t keep trying to revive a conversation with someone who shows zero interest in who you are or what you’ve got to say. archive the chat babe. it’s time.

“Do you have a date for Valentine’s Day?”
Me: Yes… February 14th

You are never alone on Valentine’s Day if you’re near a lake and have bread.

valentine’s day is approaching, but so is mcdonald’s monopoly and i’ll let you guess what i’m more excited for x

“What are your plans for Valentine’s day?”
Me: pic.twitter.com/Agoi5YyV6P