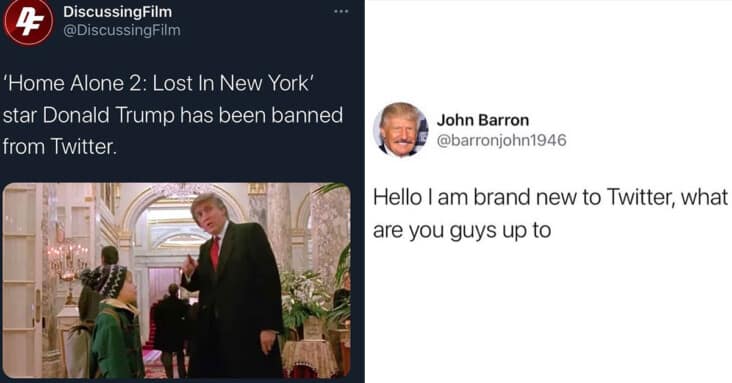 And to think it only took borderline treason, a direct attack on our government, and of course, the well-known analysis of Robert Pattinson’s dating life for @jack to lower the death knell.

What began in May 2009, and consisted of a 57,000 Tweet library of mostly incoherent nonsense, has officially come to an end.

Regardless of which side of the aisle you’re on, you’ve gotta be a little glad this carnival show is over. Or a lot glad. He did, after all, cause the deaths of supporters and first responders alike this week. If that doesn’t deserve a ban from a social media site, I don’t know what does.

Naturally, as Twitter does when anything happens, they had jokes. Here are some of the best memes and tweets since last night:

1. It’s the most logical first step.

He got what he deserved pic.twitter.com/4cQguJt0yr 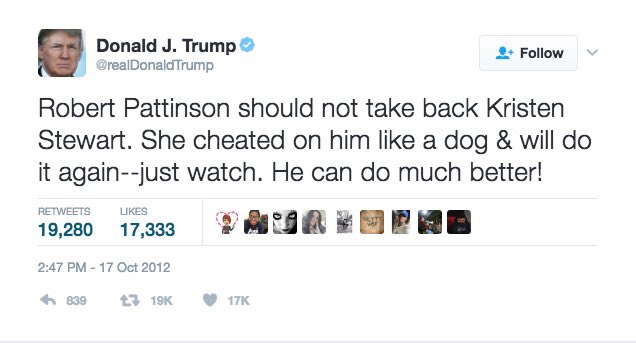 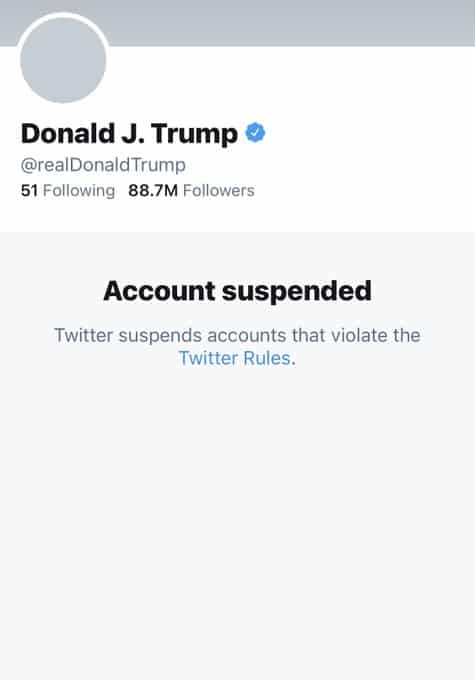 3. Let’s not lose sight of how major and how minor this actually is.

Let that be a lesson, if you send a mob to kill congress, 3 days later you could lose one of your social media handles

Trump trying to get White House staffers to let him use their Twitter accounts pic.twitter.com/fQ0ZPGBvKa 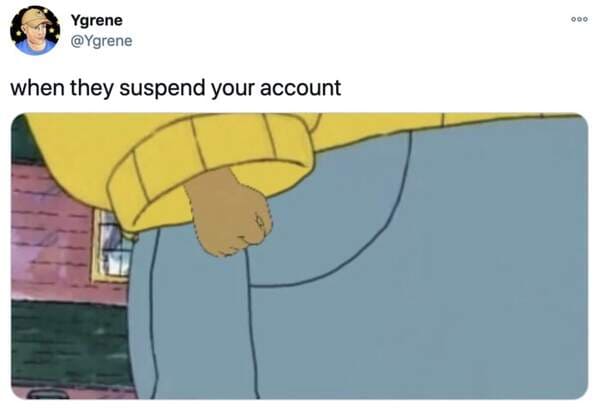 8. TBH he just doesn’t have the dance moves for TikTok.

9. And people still want to give him another chance. 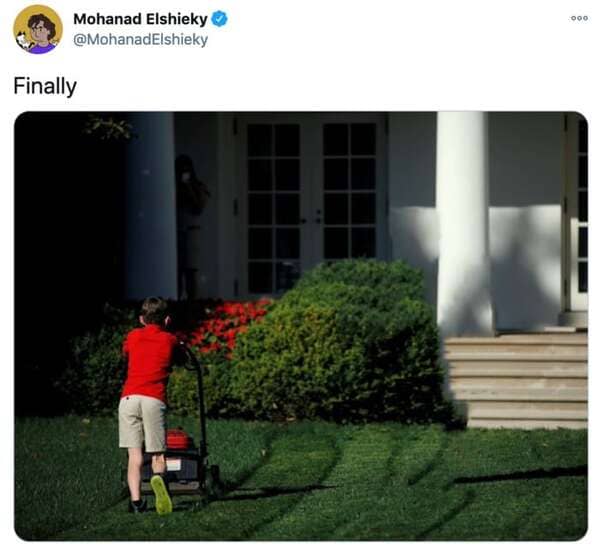 13. This may be the most ultimate burn of all time.

IMDB, coming in hot with that Home Alone 2 trivia. 🤣 pic.twitter.com/n8DvmJ83vF 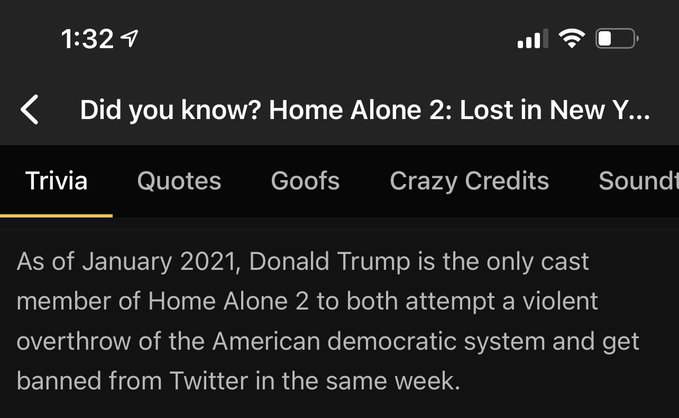 14. How’s he gonna calculate how not to pay taxes now?

BREAKING: Trump has been suspended indefinitely from the Calculator app

16. Don’t worry, R-Pat, the rest of Twitter is still willing to weigh in on things they have no business talking about.

17. The Barron jokes were plentiful.

he’s down bad and running out of options pic.twitter.com/HRFpF9fdPT 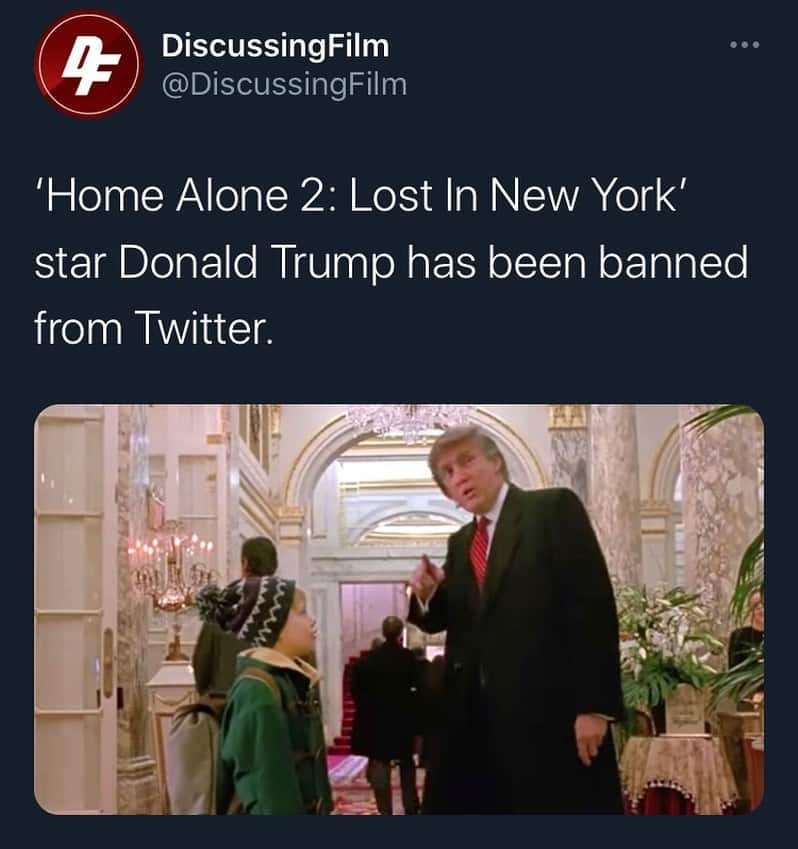 My therapists job is going to be so much easier now 😅 https://t.co/xbkrkbwC66

Twitter after banning Trump 1,449 days into his presidency pic.twitter.com/W5bRvkskcs

what do i say pic.twitter.com/tqQLAa5GGY

27. And finally, a solid perspective for all of us.

Let’s be honest. The world would be a much better place if Twitter would just go ahead and ban everyone.