Me: I’m exhausted.
Husband: Didn’t you take a 2 hour nap?
Me: What do you mean by that?

Just put on fancy socks and a night shirt with no food stains so I can try to seduce my husband later.

Me: I spent HALF as much as YOU usually do on groceries.

Me: We have nothing to eat in this house.

Relationship status: My wife asked me what I wanted for dinner and then told me I was wrong.

Her: And set the timer! Im not eating burnt lasagna again!

I wondered if my wife was asleep so I held my phone a foot over her face and turned it on.
Then I dropped it onto her nose.
She’s awake now.

WIFE: Stop spending money on stupid stuff
ME: Okay
[later]
WIFE: What the hell?
[dog walks by in a tuxedo]
ME: He’s getting married, Karen

Wife: Where are you
Me: The store
W: Don’t lie to me
M: Wh-
W: I saw the internet history
M: *hangs up* pic.twitter.com/CbhMqKVGkq

I bet my husband’s favorite thing about me is how I don’t order anything and then ask for sips of his drink and snatch his french fries.

Husband: I love you.
Me: *eating a potato chip really loudly* You should. I’m a goddamn miracle.

Before I got married I didn’t realize “What do you want to watch?” was a rhetorical question

Nothing in life can prepare you for how much of marriage is spent just listening to someone cough.

Me: *takes out notecard* I love you and cheese the same amount

89. What do you want, a cookie? A pat on the back for doing your part around here? 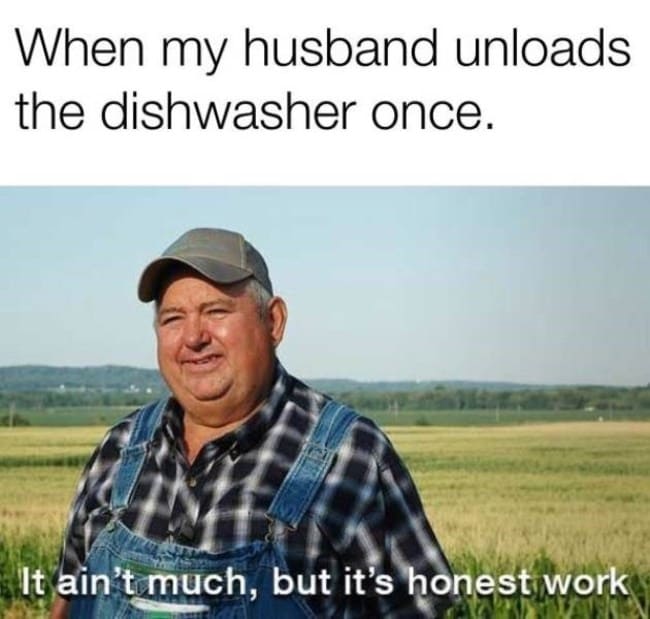