Did you also know that people all experience their period differently, too? Some people have heavy flows and cramping so painful they need prescription medication. Others may bleed for longer than a few days. There are emotional side effects such as depression and anxiety. For extreme cases, there is a diagnosis: Premenstrual dysphoric disorder (PMDD).

Even though periods are a part of life, they make some men uncomfortable—and some men are fathers of menstruating teenagers. Take this post on Reddit, for example. Although it’s been deleted, the post lives on Twitter now, where it caused quite a stir.

“I have a 13 year old daughter who has been having her period for a few years now, and I am the primary caretaker as her mother works away from home most of the time. I recently noticed that her mother bought her a pack of tampons, since they were in a cupboard underneath her sink. I don’t have any issue with her wearing regular feminine hygiene products and I’ve bought her pads before, but she doesn’t have any kind of reason to be using tampons right now. She’s not participating in any sports teams or swimming, and she hasn’t ever voiced any issues with wearing pads over the last few years.” 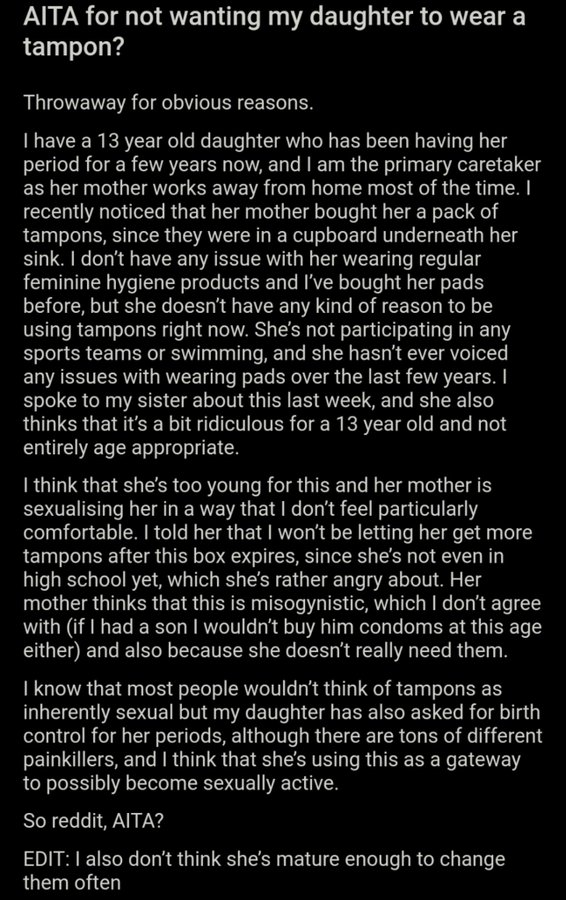 “I spoke to my sister about this last week, and she also thinks that it’s a bit ridiculous for a 13 year old and not entirely age appropriate. I think she’s too young for this and her mother is sexualising her in a way that I don’t feel particularly comfortable.”

I mean, a tampon is not a sex toy. It’s a hygiene product. And some people prefer them to wearing pads because everyone is different!

“I told her that I won’t be letting her get more tampons after this box expires, since she’s not even in high school yet, which she’s rather angry about. Her mother thinks thinks this is misogynistic, which I don’t agree with (if I had a son I wouldn’t buy him condoms at this age either) and also because she doesn’t really need them,” the OP writes.

Again, a tampon is not a sex toy. It’s not comparable to a condom. And maybe your daughter is pissed because you are controlling the way she manages her period, which is taking agency away from how she manages her body. But it gets better.

“I know that most people wouldn’t think of tampons as inherently sexual but my daughter has also asked for birth control for her periods, although there are tons of different painkillers, and I think she’s using this as a gateway to possible become sexually active.”

Tampon companies, start rebranding! “Tampons: The Gateway To Sex.” But seriously, there’s a lot going on here, so Twitter users were only too happy to dig in.

“I went to school with a girl whose father disallowed tampon use on the belief the women used them to be, & I quote…”kinky.” I will never get out of my head the moment she repeated that to me, *fully* believing it herself. I wish I didn’t believe this guy was real,” said one Twitter user. 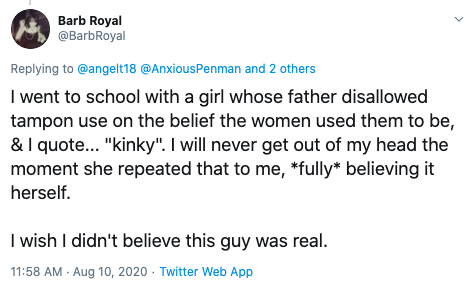 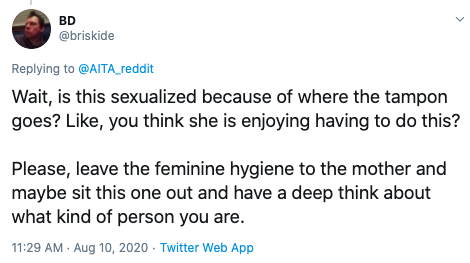 Whole Man Disposal Services was ready to yeet this man into the sun: 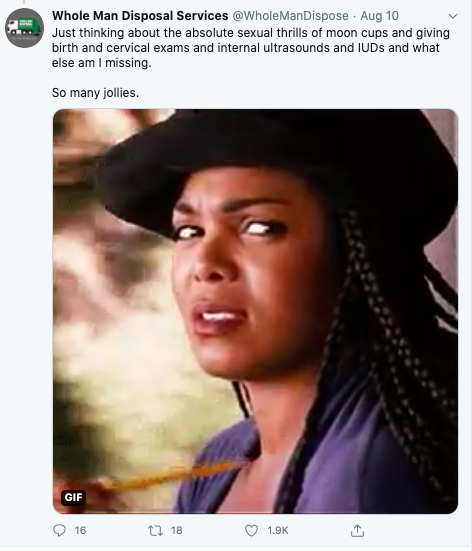 Apparently, the OP responded to some Redditors in the post and made things even worse than they appeared.

One user explained there were lots of reasons why someone would prefer one menstrual product to another, as well as that she should have a choice over her own body. The OP responded, “She is only thirteen now and does not legally have bodily autonomy,” which enraged people further. 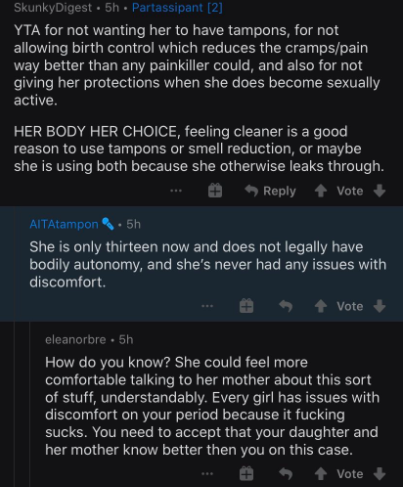 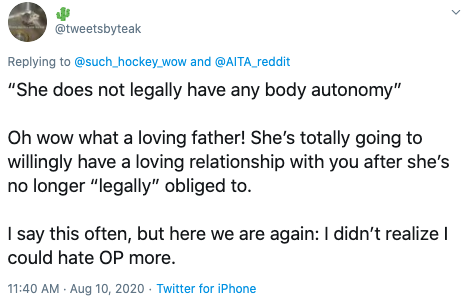 And to put the cherry on top, the OP explained that all women’s periods are the same.

“Her mother, my sister, and many other women are capable of just getting through their cramps, sometimes with a painkiller or two. I don’t see why she should be any different,” the OP responded.

“Also, as someone who had to go on BC to help control her near debilitating periods, screw OP for his narrow minded misogynistic views that are literally impacting his child’s standard of life,” said one Twitter user. 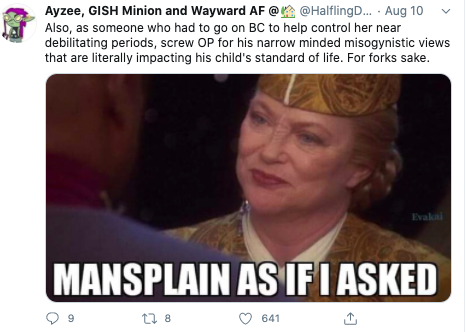 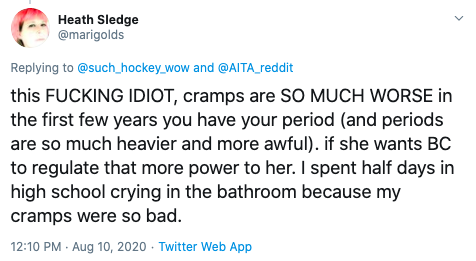 What do you think? Concerned dad, creepy dad —  or straight-up troll?