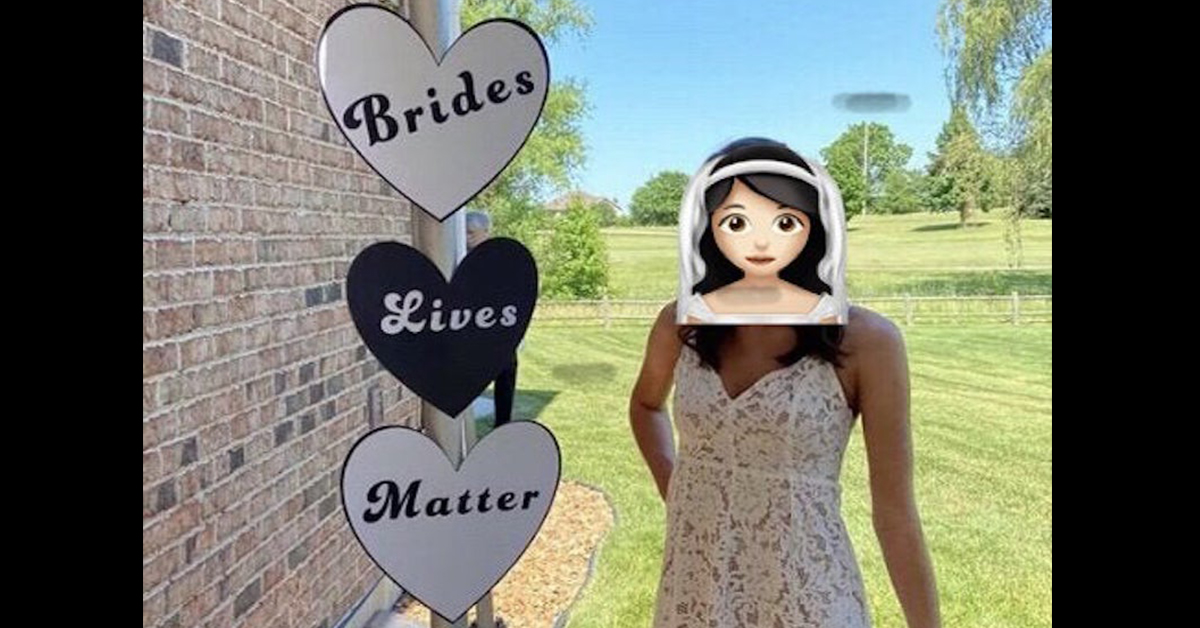 In every state of this country, there have been protests against racist police violence since the murder of George Floyd by Officer Derek Chauvin in Minneapolis. The Black Lives Matter movement has been around for years, because the death of Black people at the hands of police and white supremacists has also been a part of American history for centuries. These protests aren’t just about George Floyd, they’re about a system that oppresses and abuses and the longstanding, justified anger about it.

And yet, there are lots of people who are treating BLM like it’s a new topical thing. There seems to be no bottom for the cruel and bizarre jokes some white people will make about BLM, which is why this photo shared by u/funnygal1224 on r/WeddingShaming is both outrageous and totally believable: 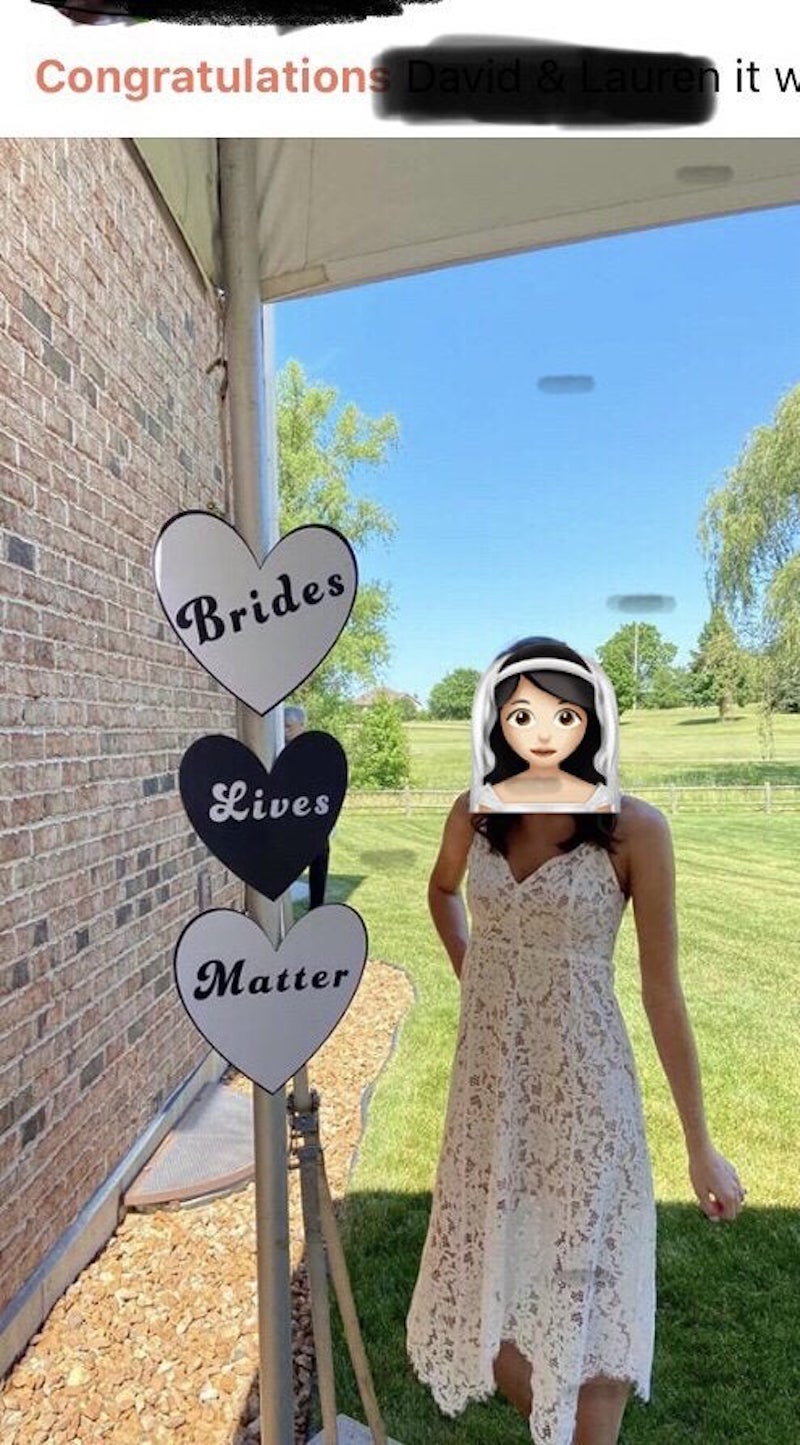 A woman in a white lace dress with a bride emoji over her face stands next to three hearts printed with the words “Bride Lives Matter.” The poster captioned the photo “I didn’t know people could be this tone deaf.”

There’s no way to think that comparing your day as a bride to the Black Lives Matter movement could be perceived as a joke unless you’re a total POS and so is your whole family and everyone involved in producing this image. Which is pretty much what everyone said: 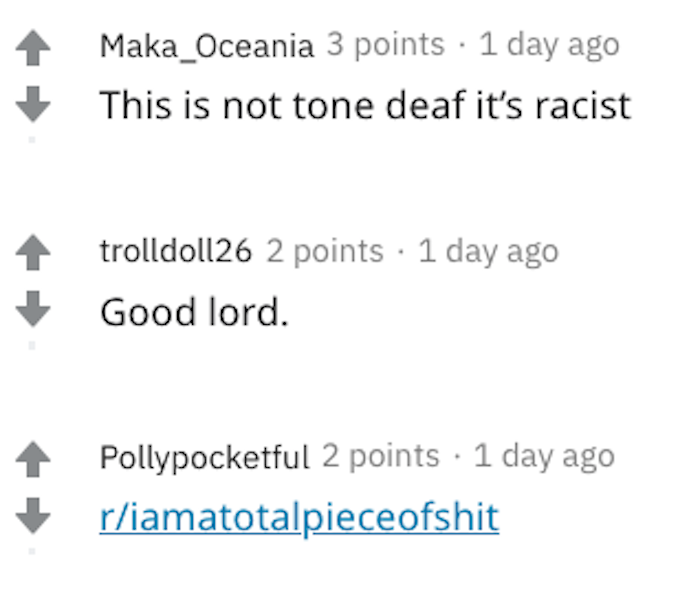 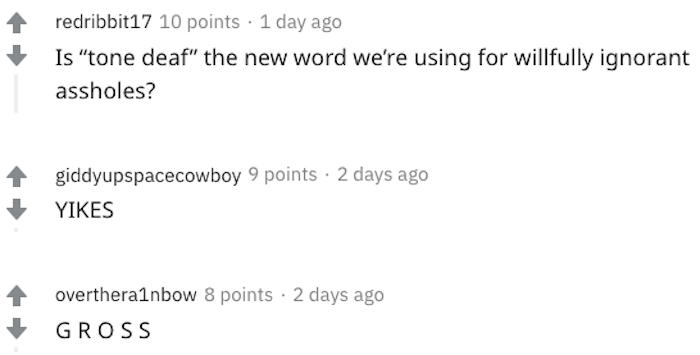 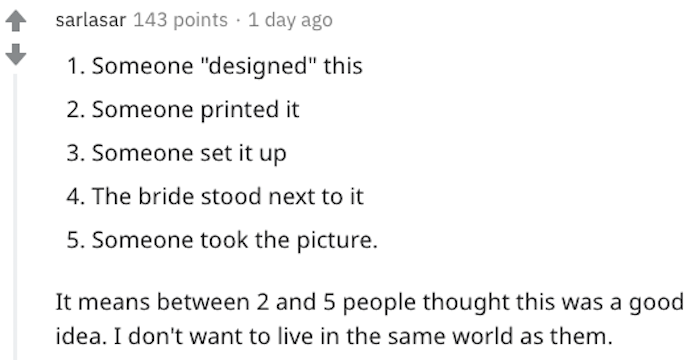 A couple of people also suggested the image might be Photoshopped. When blown up, the hearts look like they might be disconnected from the pole and there’s no shadow or any visual hint as to how the hearts are connected to the pole itself. The font is also very flat and forward-facing for being on paper angled at slightly different directions: 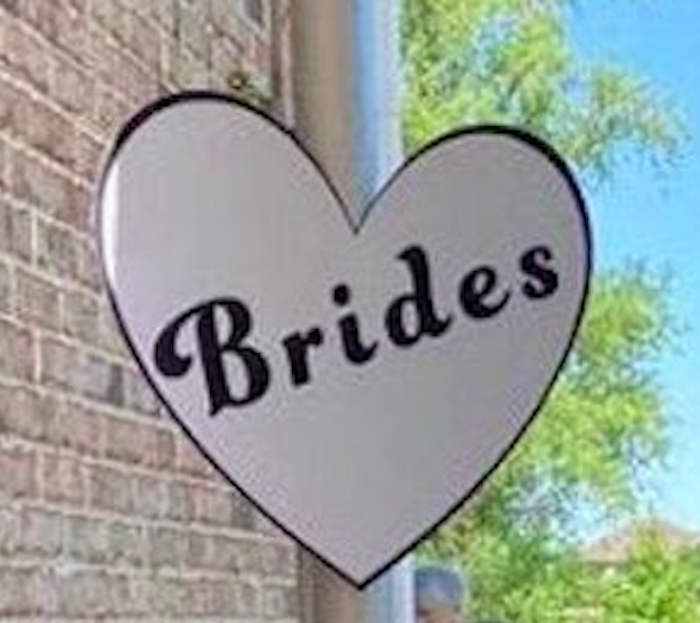 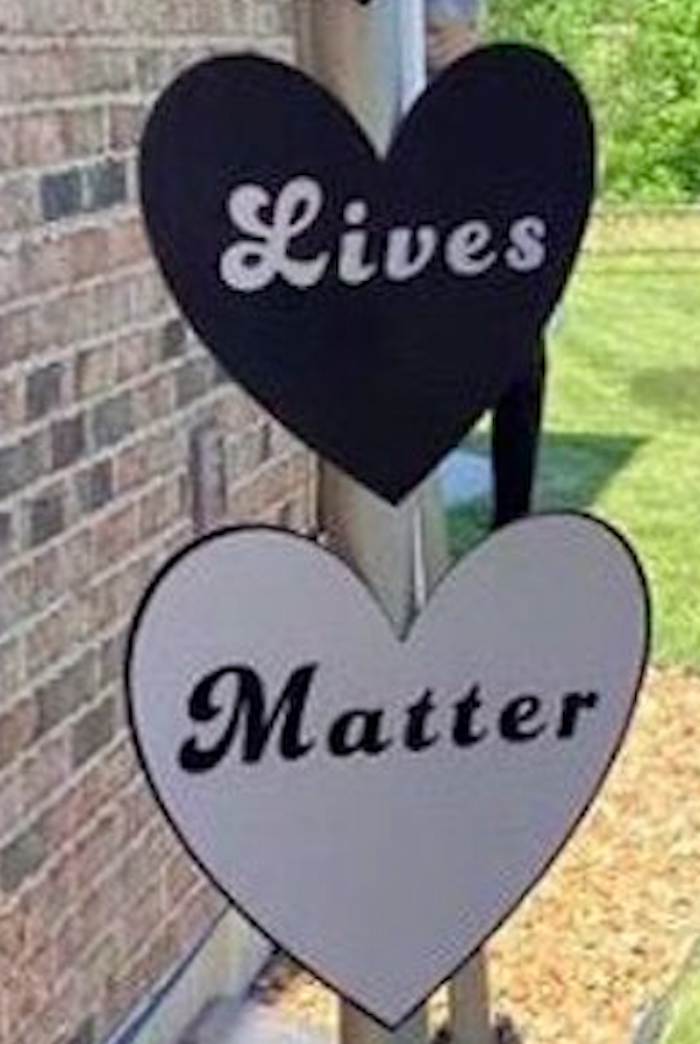 But if it is photoshopped, someone still thought this was worth making. Once again, it can’t really be a “joke” unless your idea of humor is super racist. And frankly, I completely believed it for a minute, which is what’s so sad. There really are people out there like this. Don’t go to their weddings.

More of the worst weddings: