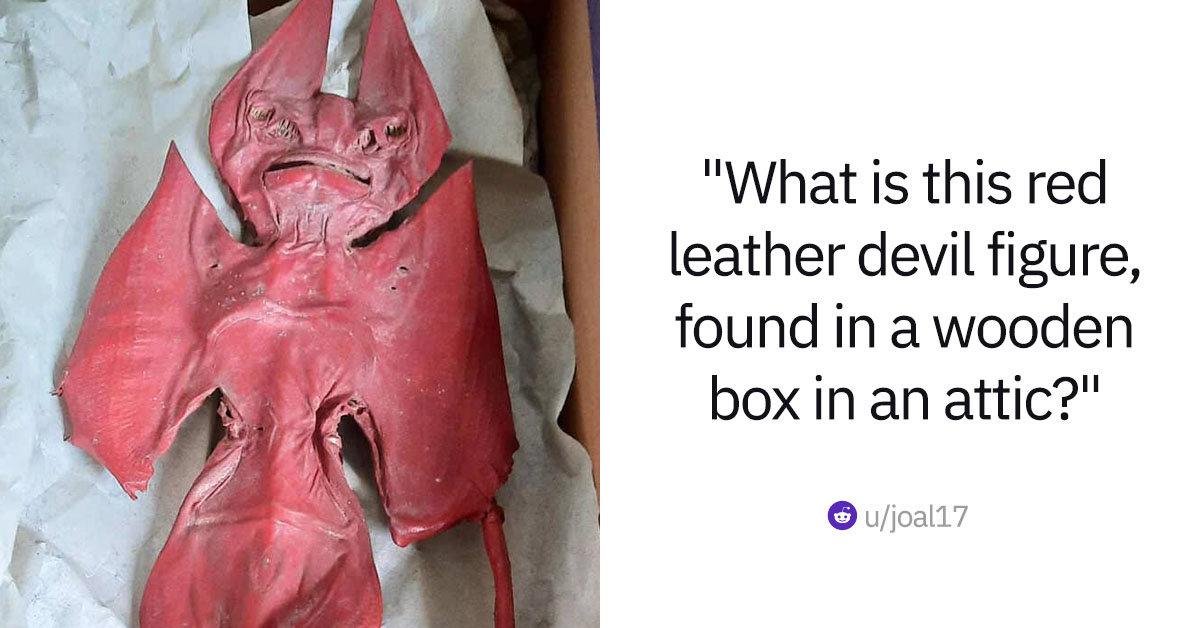 The internet isn’t always people yelling at each other.

Sometimes, people come together to solve problems, whether they found a septic tank in their backyard and need help identifying it or if they find a microchip in their food. Either way, someone has an answer.

Maybe I’m lucky but the coolest thing I’ve ever found was an onion ring in my fries and I didn’t need help identifying it.

1. How/why would this happen? 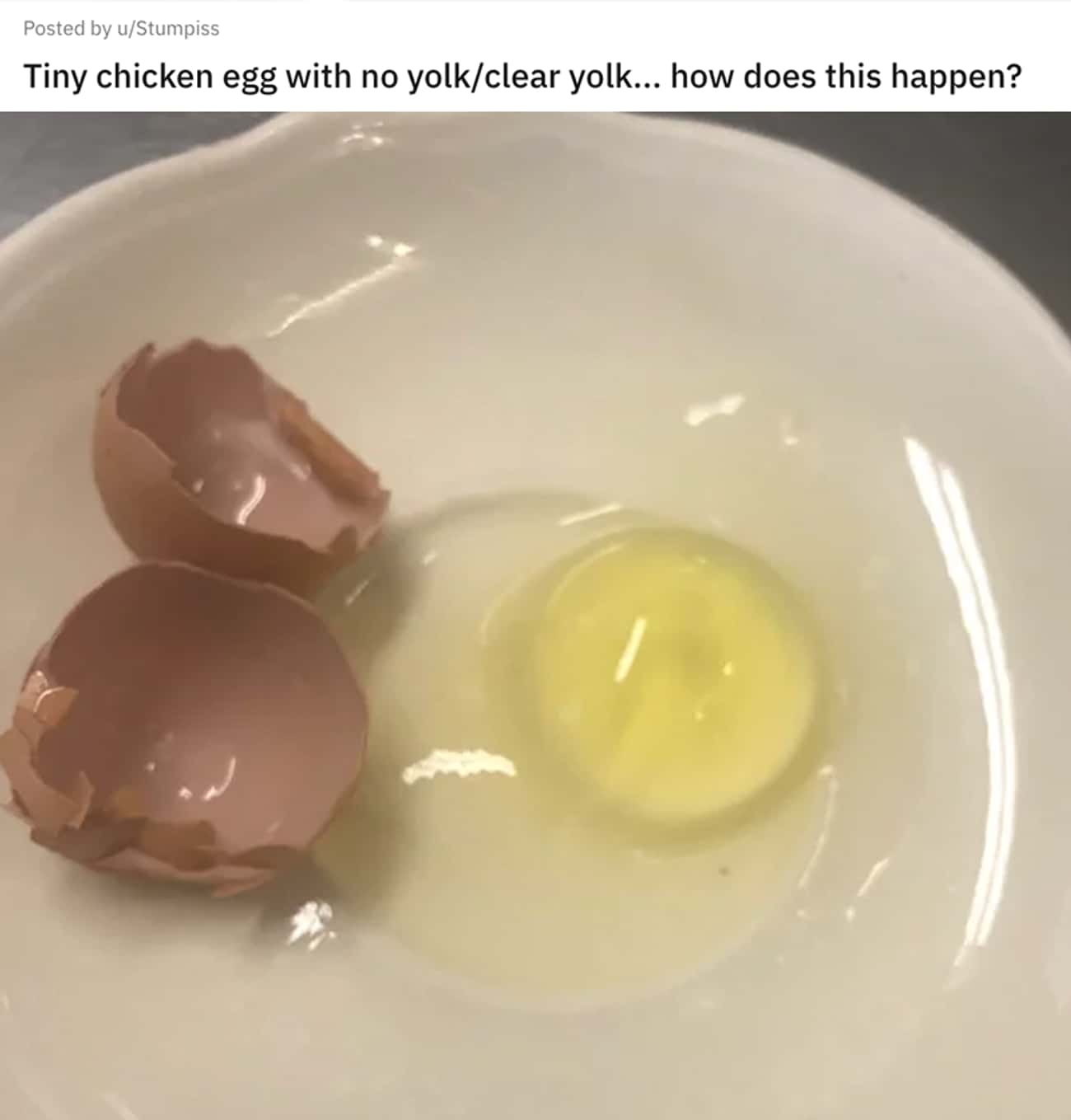 Cockroaches. I had this issue.

But think, if it’s big enough for you to see its poop, then you’ve got a large one [on the] loose…

Why do these window grills have a bulge. Seen in Spain. from whatisthisthing

Edit: forgot to mention that the primary purpose is security. The rounded part is for flower boxes. 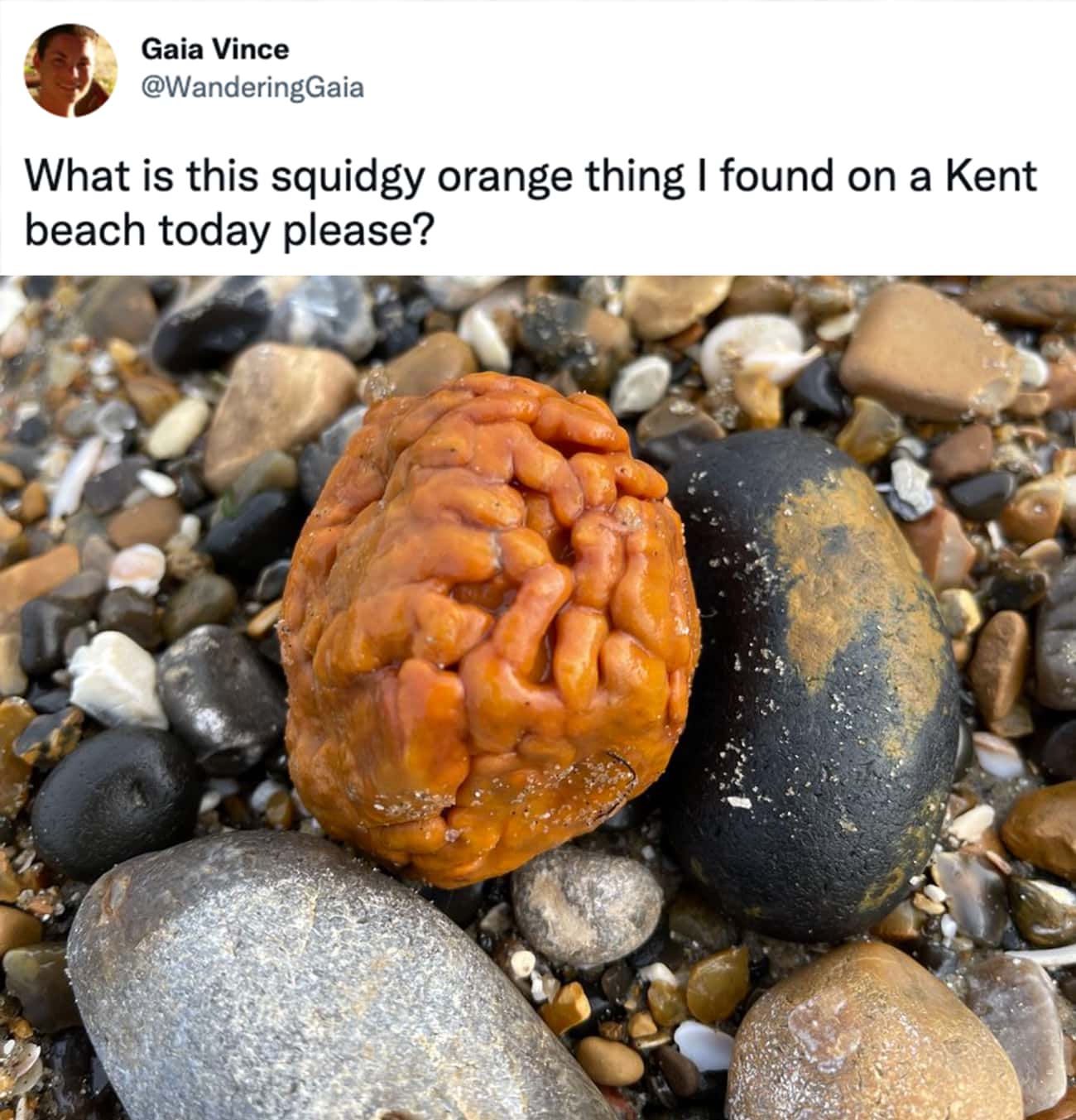 5. At least it wasn’t some kind of tracking device? 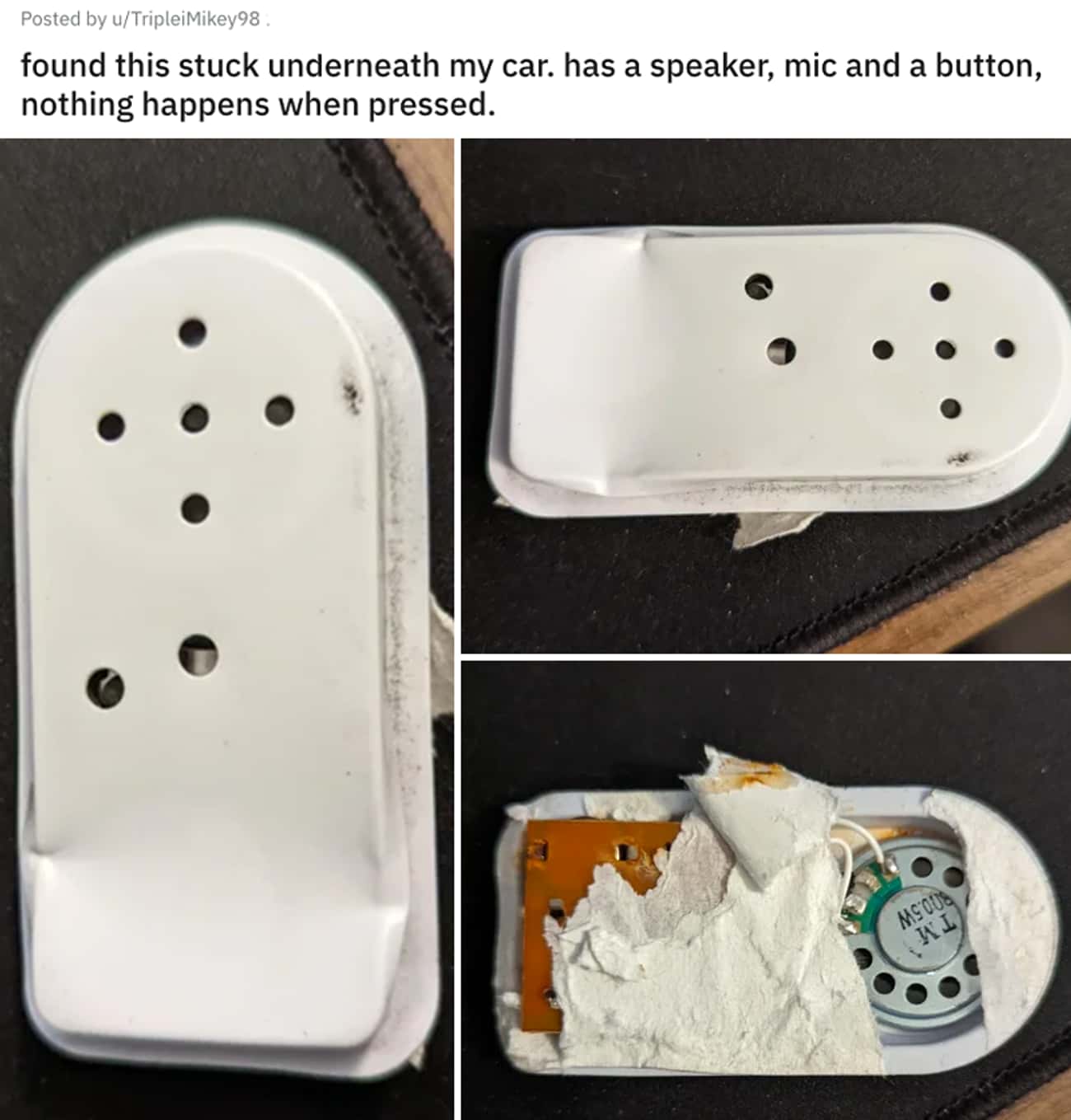 Somebody was trying to prank you. It’s a programmable sound machine. Like they use in those cheesy birthday cards that sing.

Solved: I got some new batteries for it. After fiddling around with it for a bit, I got it to start a recording and play it back at the press of the button. This leads me to believe it’s definitely similar to one of those talking birthday cards.

I bought this car a couple of months ago, [so] I assume the previous owner put these on there. I have no idea what purpose it serves, but I’m thankful you guys helped me figure it out!

My dad is a mechanic. He had something like this he would put on cars that made cat noises every few minutes to keep mice from chewing on the electrical wires.

6. What Is This Object That The Ukraine National Police Have Described As ‘Dangerous’? 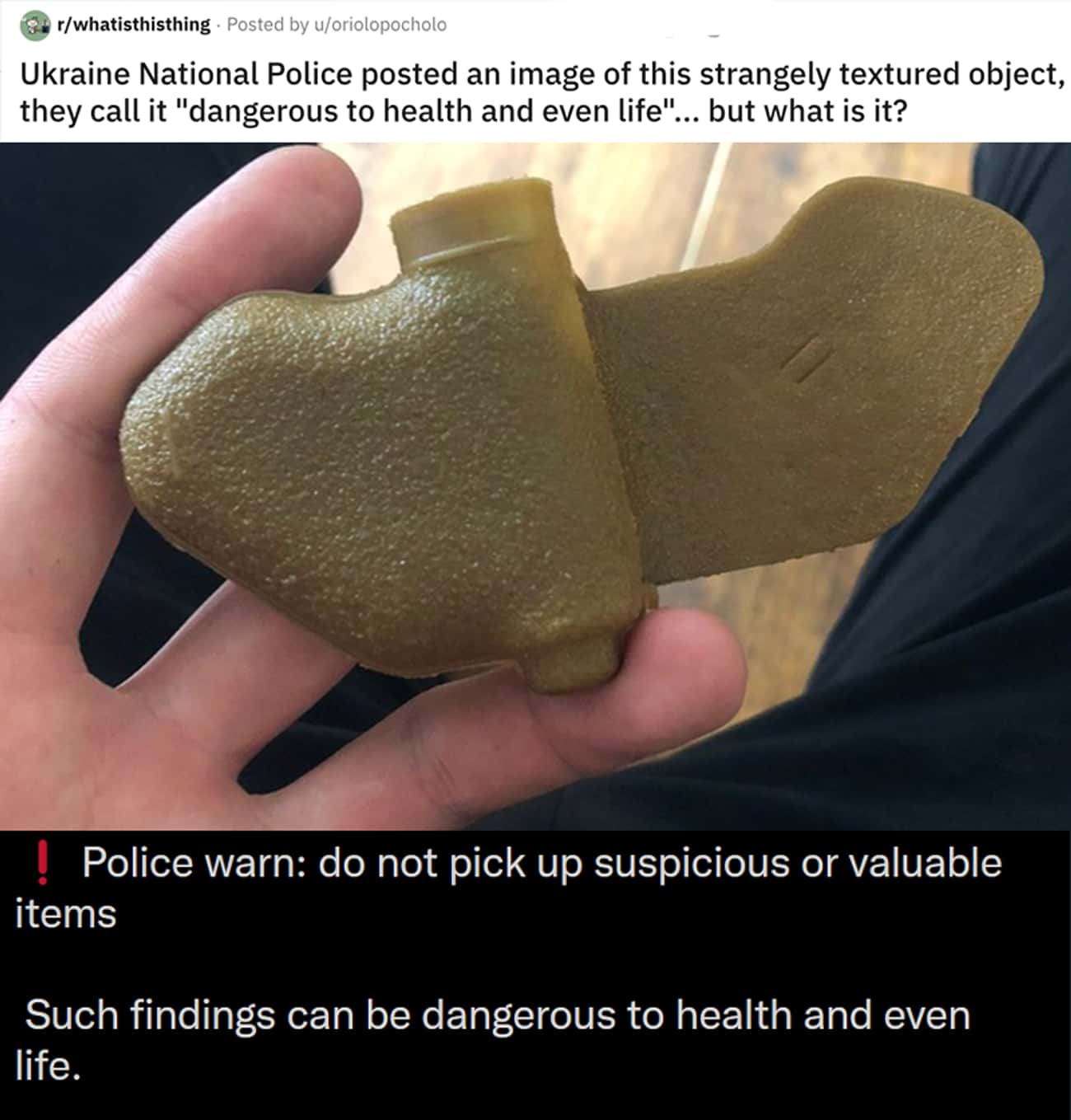 That’s horrific. If I saw one, I might pick it up thinking it’s a piece of trash or plumbing pipe (to say nothing of kids thinking it’s a toy). All mines are horrible, but these are especially insidious and evil.

7. Weird little “room” in the peak of my old barn. No way to access it, it’s only a few feet across.

Answer: Probably just set up as a nesting area for barn owls. Barn owls are not destructive, and they eat rodents.

8. Husband’s truck exploded, this came out

Answer: It’s the inside bits, the catalyst, of a catalytic converter.

Answer:  When you hold it up to a bright light, is it translucent? Porcelain will be translucent, while other types of ceramic earthenware will not be.

When you run your fingers or a nail over the blue detailing, does it feel noticeably raised or like you could scratch it (as opposed to a relatively smooth surface)? If so, it is likely blue transferware, a later style which developed to more efficiently replace hand painting by transferring a design onto the piece. If instead, it’s smooth and not translucent, then it likely is faience ware (Delftware).

Based on the image, color, and size, I would say it’s more likely to be transferware than Delftware.

Additionally, even if it was Delftware, that doesn’t necessarily indicate Dutch origin, as similar styles of delftware were also produced in England and other places (known as English delftware).

Answer: It is a wave-powered desalinator that is owned by Oneka Technologies, a firm in Quebec. It takes seawater and turns it into freshwater. It is powered by the motion of the waves.

11. What are these dollar signs on my level for?

Answer: That is an electrician level. An S with a line through it is the electricians symbol for switch.

12. Nazi key??? So I found this key in with a bunch of things I was given decades ago when my grandfather died. Anyone ever seen a key like this before? it’s about 2cm long an I have no clue where it came from

Answer: It looks like a jewelry piece by Charles Horner. These were made circa 1910. It was a symbol of good luck.

This was before the swastika was known for a symbol of Nazism. (They adopted it around 1920.)

Answer: I design Residence Inns. It’s for dropping your keys off when you walk in the front door (more durable than just wood, wears better over time, and adds a design element). At least that’s the brands intent.

14. Thin slabs of ivory with days of the week on the top found in my closet.

Answer: Product Description: “…Fabulous antique early Victorian chatelaine aide memoir from mid 1800s. Made of sheets of bone, it would have hung on a lady’s chatelaine chain or been kept securely in her pocket and she would have used it to make note and appointments for the week to come. It has 6 pages for the days Monday to Saturday, of course a lady would never have made appointments on a Sunday!…”

15.”What is this red leather devil figure, found in a wooden box in an attic?” 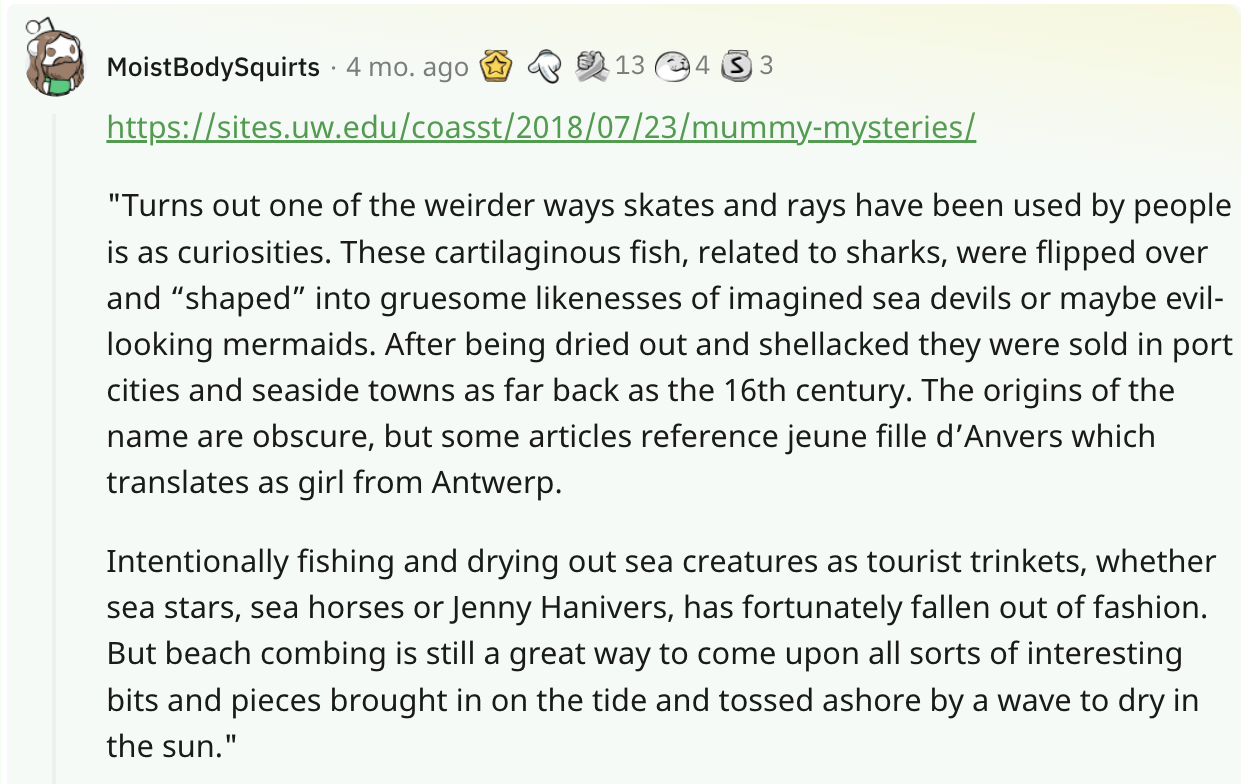