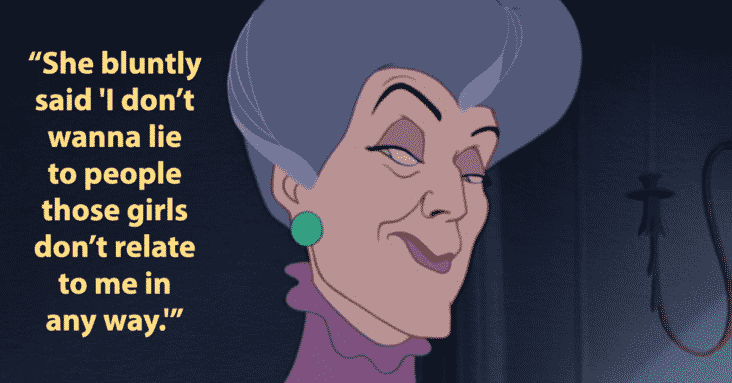 Families are complex, but you know what isn’t? Accepting a new family member’s children into the unit.

On Reddit, one mother of two girls is about to get married—but she’s tired of her MIL consistently neglecting to include her daughters in family events.

The last straw? They were left out of a family photo album. Wicked step-mother-in-law vibes here.

“I’m 36-mother of two girls (9/5). I met my now fiance (38) 2.5 years ago. He’s a good man, treats my girls well and loves them. Future mother in law is a generous lady truth be told. His family are respectful and helpful. We visit them a lot. After we got engaged I pretty much considered this my extended family,” the OP writes.

She explains that despite these positives, her mother-in-law can sometimes do things that either “intentionally or unintentionally” hurt her feelings. Sometimes they aren’t invited to family dinner. On Christmas, the OP’s children did not get gifts while other kids in the family did.

“This week, my Future mother in law was doing family photo album and was gathering family pictures from everyone. SIL and her kids/brother in law and his kids and so on. She called and asked if I could send her some pictures. I thought that was nice of her. I sent them pretty much after my call with her ended.”

“Turned out she picked the pictures that had just me and her son. Not my girls. Although we took a ton of pictures. The 4 of us. My girls were excited wanting to see the album then asked why their pictures weren’t there. I didn’t even wanna think about how they’d feel,” the OP writes.

The OP asked her MIL why she excluded her children, but her MIL ignored her. The OP took her girls and left. Later, her fiance told her that she shouldn’t have walked out because, “Who cares about a stupid photo album?”

“I told him It’s a symbol of family. The girls felt left out when all the kids pictures were there except for the girls although I sent her pics of 4 of us as a family. He said his mom didn’t mean it and promised that This will change once we get married.”

“Mother in law called and was upset saying me walking out like that was disrespectful to the entire family. When i told her about what she did. She bluntly said ‘I don’t wanna lie to people those girls don’t relate to me in any way.’ She said she loves them/treats them well. Will host their birthdays ‘if I want’ but she won’t call them family. I argued with her over this, and I hung up on her since she didn’t think she did anything wrong.”

This MIL is a piece of work and quite honestly sounds like a very selfish and narcissistic person—what should the OP do?

“Hooooboy. NTA. Pro tip: DON’T MARRY THIS MAN. Their behavior now won’t change once you’re married. Nothing will be different. Your girls will be excluded like this by his family forever,” advised loloannd.

“As someone who grew up in a family dynamic similar to this, the hurt your future MiL is inflicting upon your children will be unpacked years later, and they will have resentment towards her and the parent(s) who let it happen to them. Throw the whole fiancé away, there is someone out there who will truly love those children like his own and will make sure, from day 1, that his family loves them just as much. The one you have right now is rotten fruit,” said LadyTrix.

“Really don’t marry this guy. Either the girls are family or none of you are. What an awful bloody woman. And your fiance defending her behaviour is not him loving the girls at all. NTA and GTFO,” advised Hold-My-Shnapps.

“I agree getting married should be the time he ‘gets every one in line’ NOW is the time for that. If he cant stick up for you and your girls being called family now it’s not going to change later. He should be fighting for his future step kids to be accepted into his family…I don’t understand how people cant view step kids as family what horribly close minded they are,” noted Current-Read.

“NTA! The real issue here is your fiancé’s lack of a spine to stand up to his mother. That will probably never change, so you’re walking into this coming marriage with your eyes wide open: If you marry this man, this will be your constant reality. Your daughters will continue to get ignored, and you will be pushed out of events. Cut your losses and flee this toxic relationship,” said towering_velveteen.

What would you advise the OP to do?