There are some people who I think have kids just so they can mess with and control them, and those people really come out of the woodwork around holidays like Mother’s Day. A father posting under the name u/FunReview6 asked r/AmItheA**hole, “AITA for trashing my son and his wife on FB?” and it’s pretty clear he’s one of those dads.

It starts out kind of normal. The OP says his son is 23 and has been married for about two years. He and his wife were supposed to come to the OP’s house for Mother’s Day, but they canceled because they said they had to work. They sent flowers, but it was a disappointment. Then this happened:

I went to his FB page today and noticed he didn’t post anything. He usually posts a lot. So I went to my DIL’s FB page and saw that this bastard and her didn’t work last night – they were having dinner with HER parents. Her parents left comments like “you are the son we never had.” There was no reason to lie. It would have upset us less if he had been honest and said he needed to do this Mother’s Day with the in-laws. We would get it. My wife found out and was in tears.

Aw. That’s sad. His son should definitely have communicated better. I can see why that would be hurtful. So, did the OP call his son and talk about it? Um, no. The next few paragraphs seem like they’re written by an entirely different person:

I went on his FB page and told him he was a selfish a**hole for lying after we did so much for them like helping them pay for the wedding and other bills. Then I went on my DIL’s page and told her that I was sorry that she thinks she’s too good for us but not too good to ask us for money when they didn’t have it.

Now I know why he didn’t post anything on his FB because he didn’t want us to find out. It was on their pages for awhile and last I check, it has about 13 comments asking what was going on. They deleted the comments and I have heard nothing from them. I’m thinking about SHAMING them again. 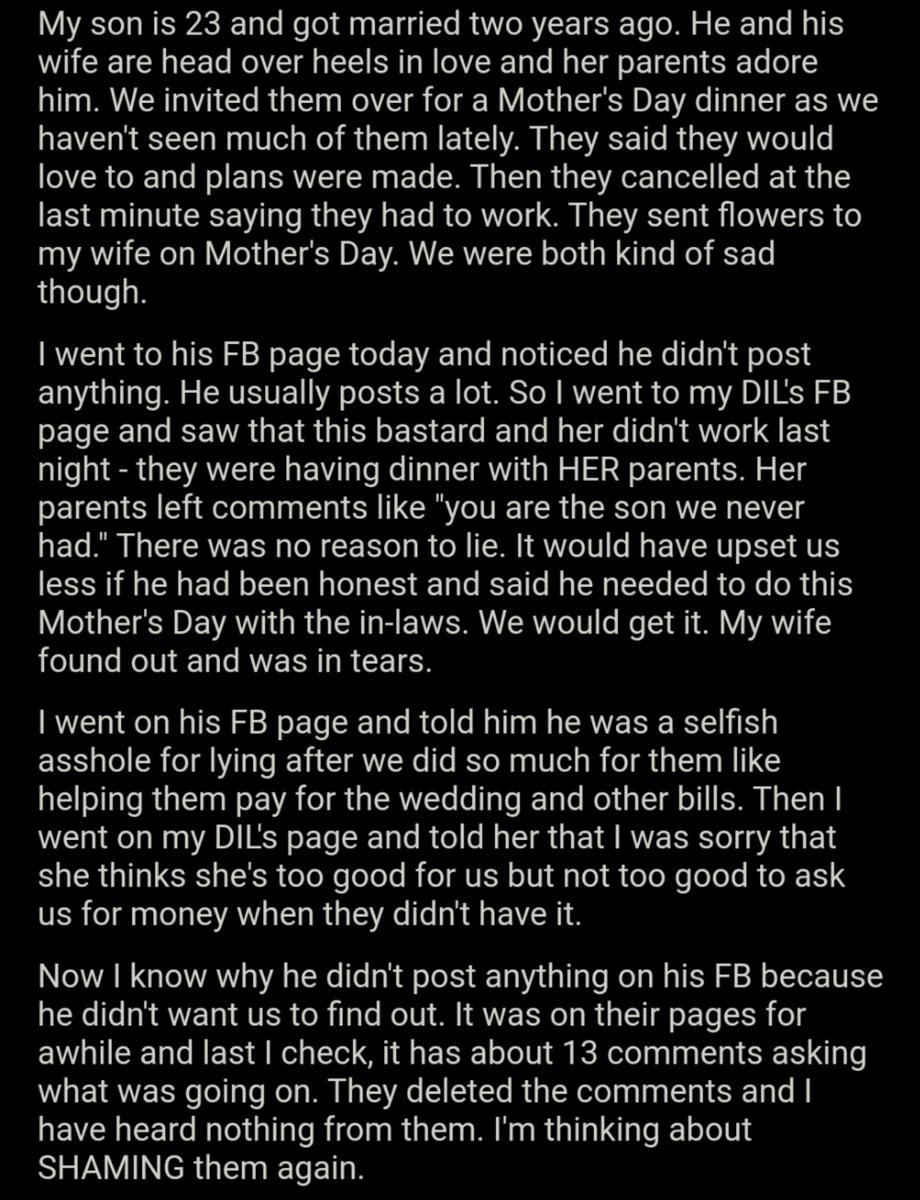 You can almost hear this dad smacking his lips over the delicious concept of publicly SHAMING his son and daughter-in-law again. This is why you gotta keep the boomers off Facebook, the power to destroy relationships virtually has gone to their heads.

A lot of people who replied to his story might be inclined to support the OP, but it doesn’t seem like he’s actually asking if he was an a**hole, he’s reveling in the fact that he clearly is one. There’s a reason his son avoided hanging out with him on Mother’s Day or ever: 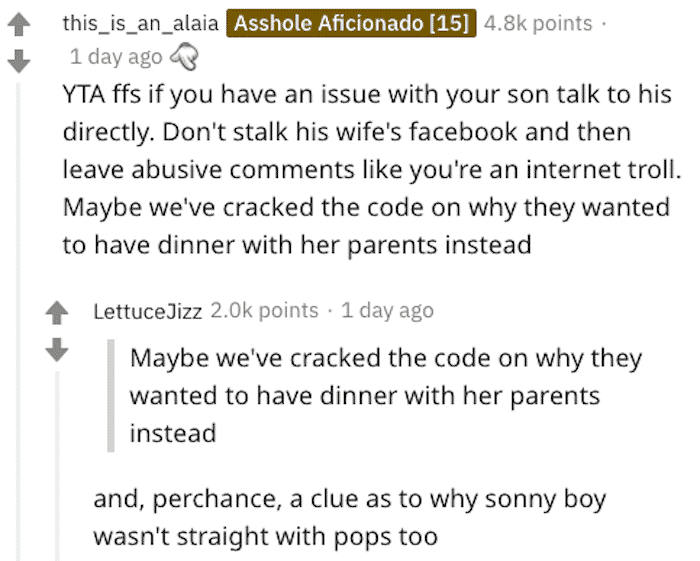 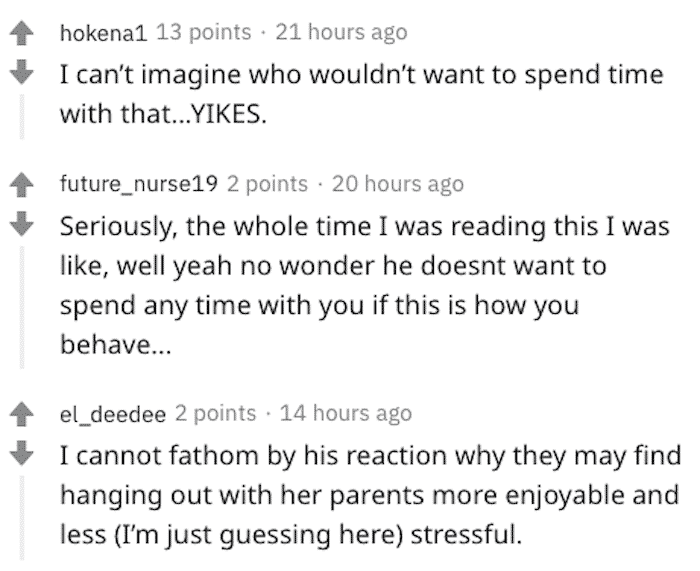 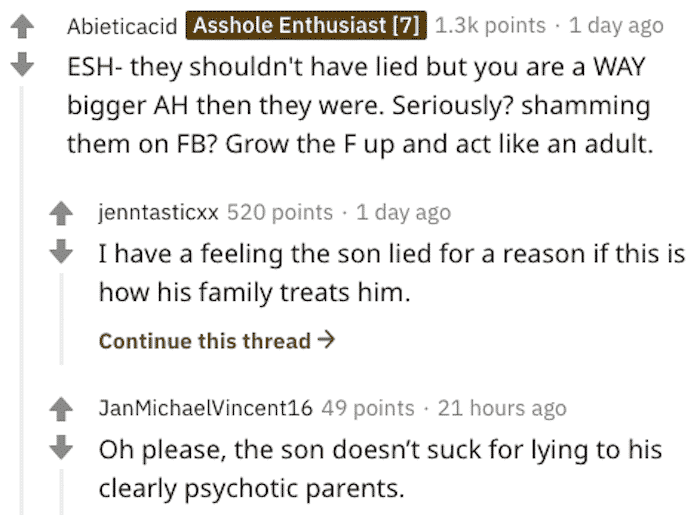 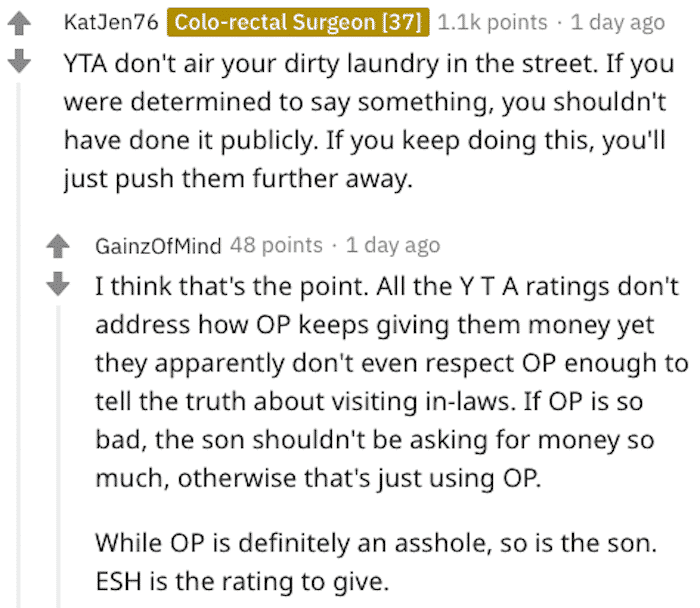 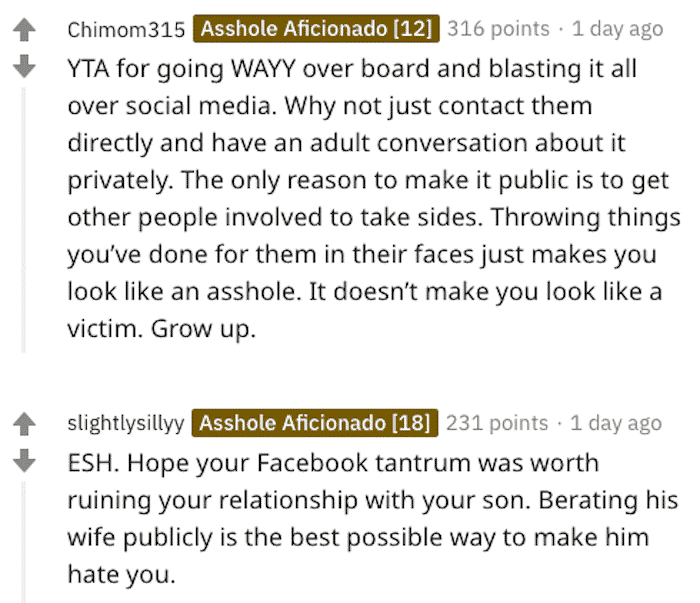 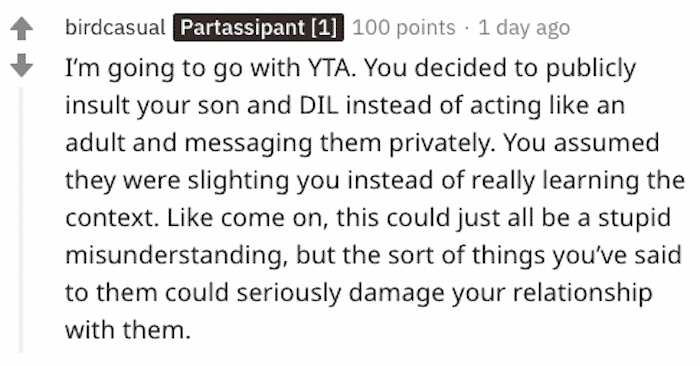 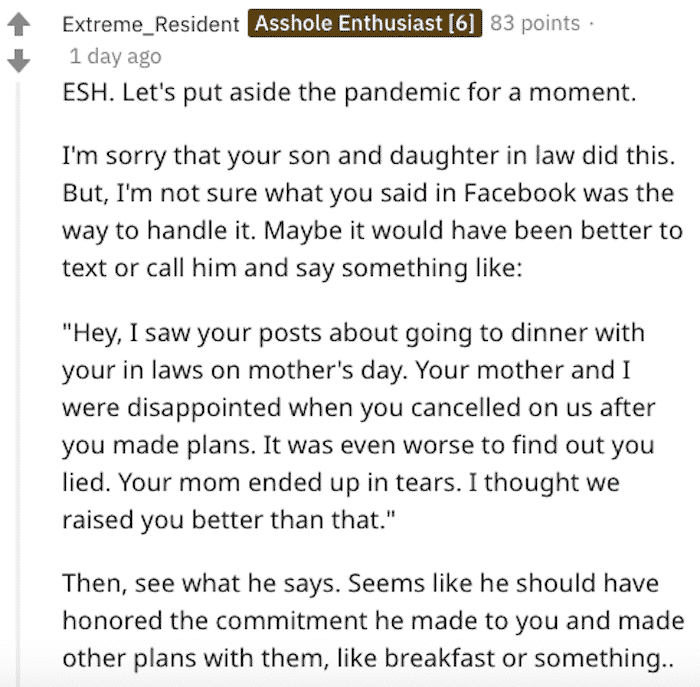 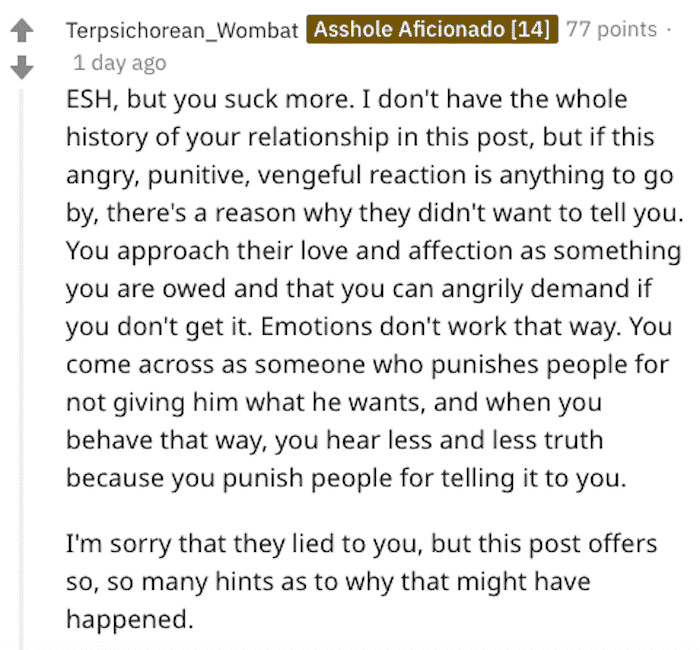 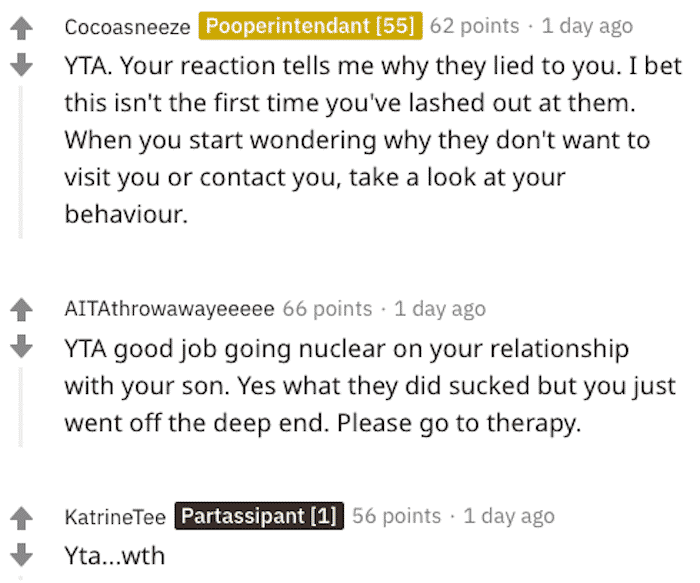 There were a few people who explained the son and DIL were wrong, too, but even those ones felt that the OP was way overreacting. But it doesn’t seem like the OP is reading these comments, because he added an edit, that reads:

I had a talk with my son. He called me and I told him that I was going to speak first. I told him that apparently he feels he’s too good for us except when he needs money. He wants to post all these pictures of him doing all these fun things with his new family then they should adopt him.

Then I hung up.

Then I posted this link on his FB page:

What a dad. Let’s see what happens on Father’s Day, my man.