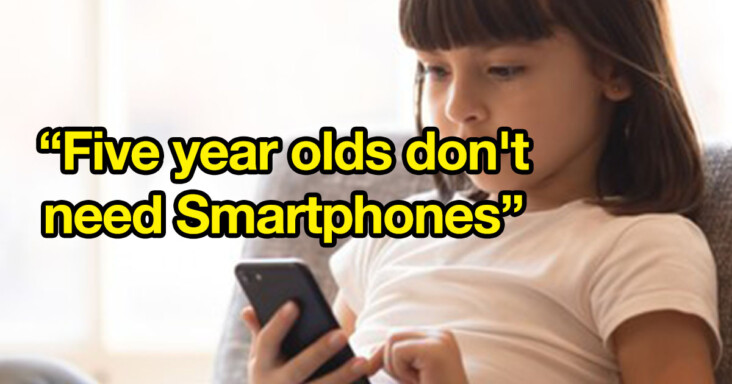 There has been a longstanding battle between Boomers and Millennials for maybe the last decade.

Recently, Gen Z has accrued enough power on TikTok to make the Millennials embarrassed and angry online, and Gen X is resentful that no one talks about them. It’s kind of unfair because the truth is there is a lot of overlap in generations, or at least more than we want to admit.

That was evident in the answers to a question posed to Reddit’s AMA recently:

I don’t think all of the answers below are correct, since most of them are about how much technology sucks. That’s more of an opinion for the Silent generation, who can’t figure out how to turn on a computer. Every Boomer I know is absolutely addicted to posting on Facebook and they can’t be stopped. Unless their WiFi goes down, and then they need some help immediately.

Maybe we should all admit that we have terrible opinions and should stop expressing them on social media, period. That would really bring everybody together. But first, any of these opinions ring true for you, Boomer?

I don’t want my damn refrigerator connected to the internet. It has one job.

2. No smartphone for kids

Not everything needs to be filmed and put on the internet

There’s too many subscription services for shit.

It’s nice to have access to unlimited movies and TV, but like. For the most part I wind up just watching the same sitcom over and over to decompress after work. I wonder how much I could have saved by just getting B99 and King of the Hill box sets instead of paying for Hulu for four years.

And anything where they mail you a box of curated crap every month is absolutely unnecessary, toot fucking sweet.

Communities within neighbourhoods would be lovely. My mum talks about it all the time, but it’s something I’ve never experienced myself. Like, we know our neighbours, but that’s about it. I’d love to live on a street or in a suburb where people have little get-togethers (street parties for big events) or just generally know and look out for each other on a more meaningful level.

I hate how literally everything these days has a stupid app that you need to have in order to use it. Everything from kids toys to freakin cars needs some sort of crappy app these days. Why!? What if you plan on having this item for a long while and the app either gets deleted, gets malware, or just doesn’t function due to the company not updating it? You would have to throw it out causing more waste in this world. This is planned obsolescence just disguised as being technologically advanced.
Edit: Okay, I get why apps exist now. It is to mine data but can people stop commenting that now? Thanks.

Absolutely everything is disposable nowadays. Nothing is made to last anymore. If you find something you like, it’ll be worn out in a year and probably not made anymore when you want to buy a replacement.

It’s the absolute worst with clothes and kid’s toys. With kid’s toys, by giving them such disposable toys, it discourages them from being nice with and taking care of their possessions. Why does it matter when it’s going to get worn out so quickly and they’ll be bought a replacement. I also think it’s a shame that these kids won’t have their toys to pass on to their own children because it couldn’t last.

Fun fact: Jeans originally became so popular because of their durability and affordability. They really appealed to the working-class man whose clothes were constantly getting worn out and didn’t have the money to constantly spend on new clothes. Now if you want a pair of jeans of that quality, it’s $60+ dollars.

Edit: Mainly in groups of 3+

PULL UP YA DAMN PANTS

Get off my lawn.

Just because we have access to instant communication doesn’t mean I’m obligated to message you back immediately.

Sending out thank you notes when you receive a gift from someone. My mom was always big on that and I understand why. I bought an expensive gift for my friends birthday and she never messaged me or said thank you for the gift. Saying thank you isn’t that hard and it means a lot to the person.

People use their phones too much, particularly for texting and social media. Getting upset because your girlfriend/boyfriend hasn’t texted you back for a few hours, or hasn’t liked your photo, is so unhealthy.

The only boomer opinion I can see myself having is understanding the value of a good orthopedic bed and pillow (my grandad used to talk about this a lot). My chronic pain kicks the crap out of me unless I’m comfortable.

People’s driving is getting progressively worse. I have to honk at someone a few times a week to move at a green light because they have to check Facebook everytime they stop. —devildunkard

Quit spending money on stupid stuff that you won’t want in a year and put it towards saving for the future. —run-dnc

A 9pm bedtime is perfectly reasonable.

At every get together at my Aunt and Uncles house my cousin takes over the TV to put on some Nick Jr or Disney show for her kids. The kids sit there watching tv the entire time. They don’t even come to the table to eat, their mom brings them plates.

I always had to socialize with the adults and would have gotten yelled at if I didn’t come to the table to eat. At times I hated it but it definitely helped my social skills.

Mind your own damn business and stop involving yourself in the lives of others you don’t know. Just f-ck off…