The world is so awash in influencers it’s hard to tell who they’re influencing at this point besides each other. There are so many niche ways to be online famous, and even folks with a million followers or more might not be known to someone outside their circle. But they all still think they’re pretty important!

On the subreddit r/Choosingbeggars, Redditor u/The_amazingluke shared a screenshot of a conversation between an influencer and an artist that’s a pretty starling example of this kind of misplaced entitlement. It was titled, “My friend got shorted by a pretty major influencer.”

Major? So we would have heard of them? Probably not, but that doesn’t mean they didn’t expect immediate service. The conversation starts as a kind of normal request from the influencer to the artist to do a pencil portrait of a photo they recently posted to Instagram. They demanded it be done “quickly,” no please or thank you about it. 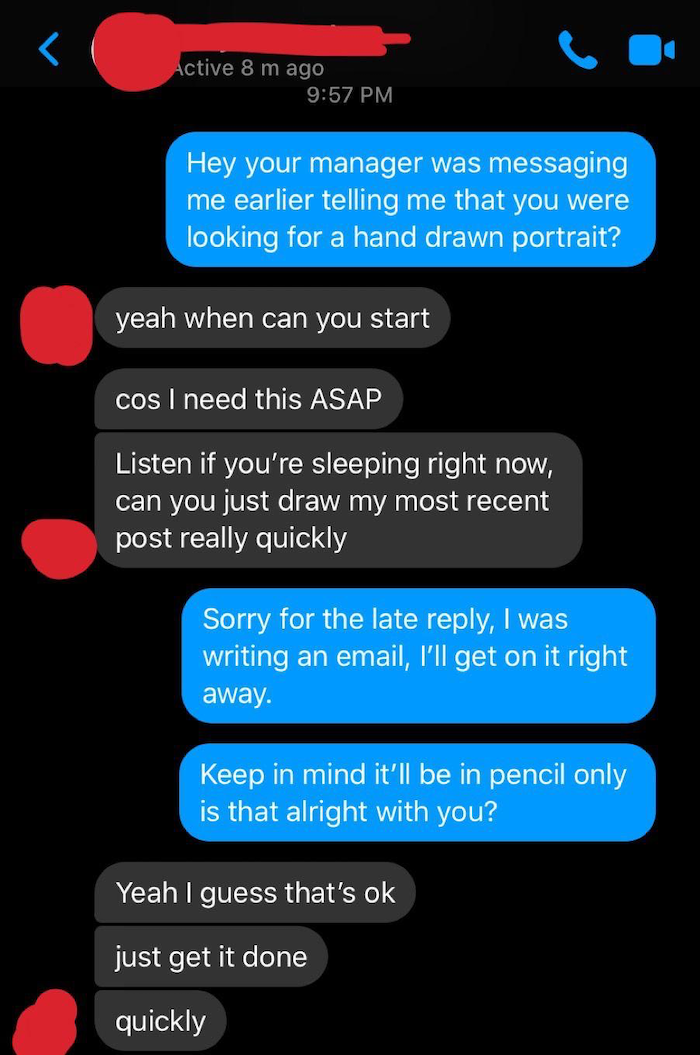 They continued, “I have over 240k followers, once they see your (hopefully) brilliant portrait, you’ll be able to really get your name out there, don’t you agree? The fact that you’re asking for me to pay for what is essentially a glorified promo post is quite bizarre.”

Yes…so bizarre to ask for payment for work rendered. 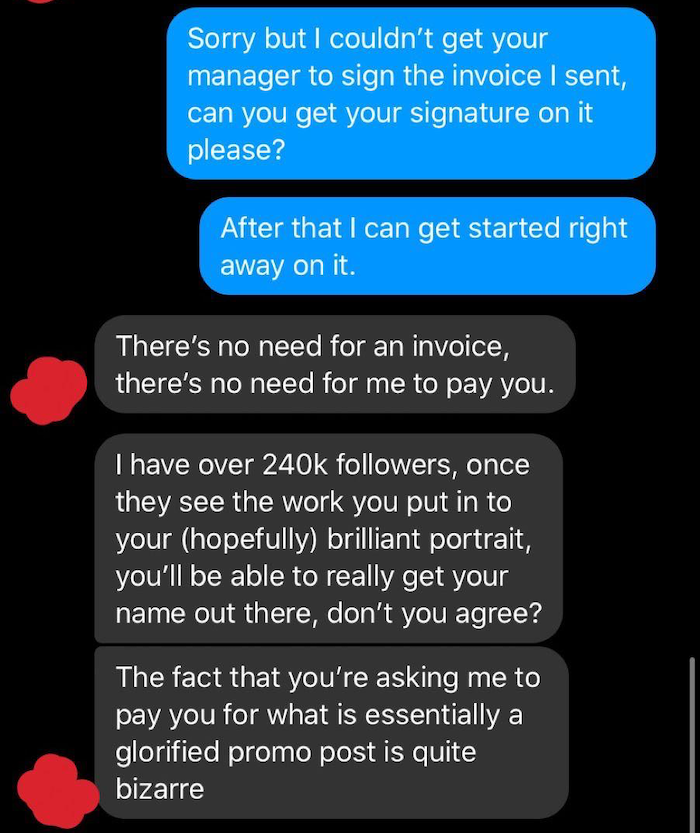 What’s REALLY bizarre is that the cost of the portrait is ten Euros which is maybe about $20. For a portrait?

“I’m not asking for much here, just payment,” the artist replies.

The influencer then says, “I think you fail to realise how dispensible you are to me, I’ll find another artist if you don’t want to work with me, final chance.”

To the artist’s absolute credit, they answer, ” No, sorry, I can’t sacrifice my integrity for exposure.”

I’d say this story has a fairly happy ending compared to most posts about abusive influencers. And the comments on Reddit are fully in support of the artist, of course, with a few even telling stories about working with influencers with the same amount of followers and getting nothing from it. Because influencers are delusional: 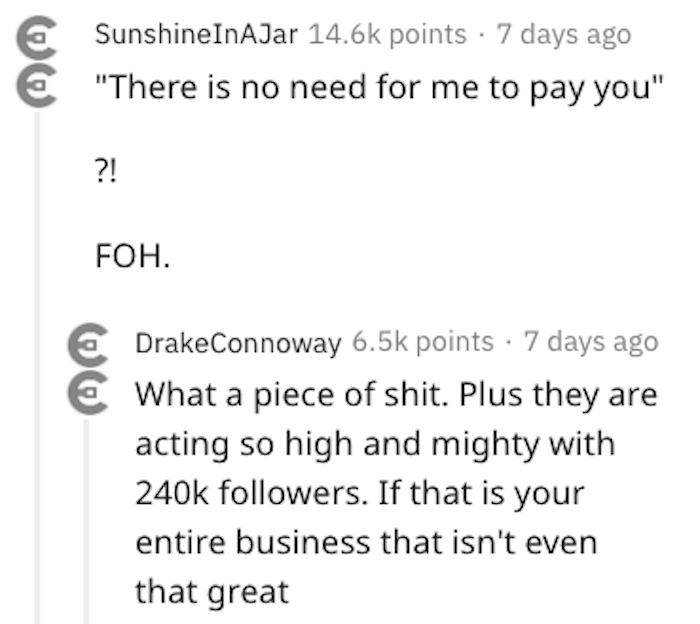 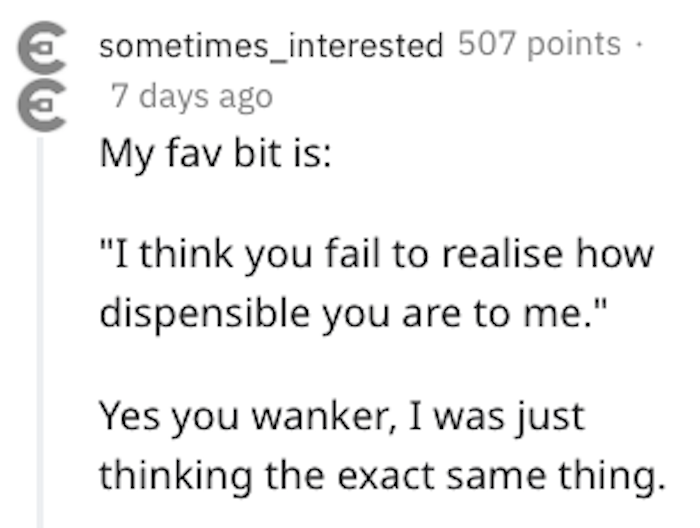 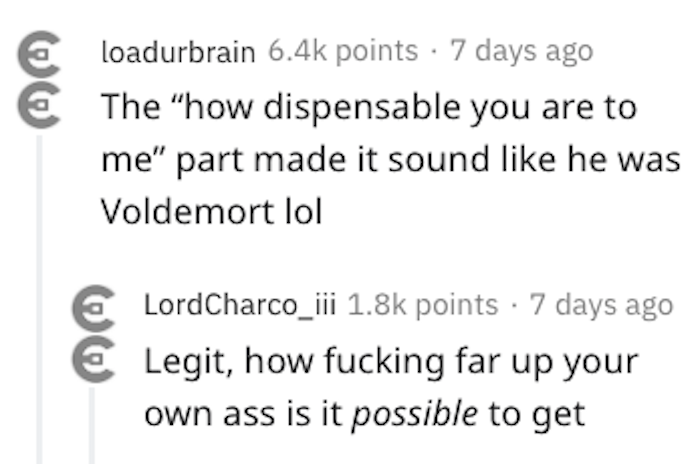 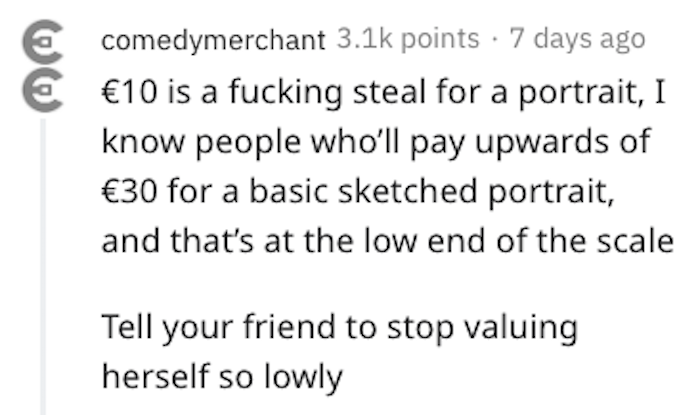 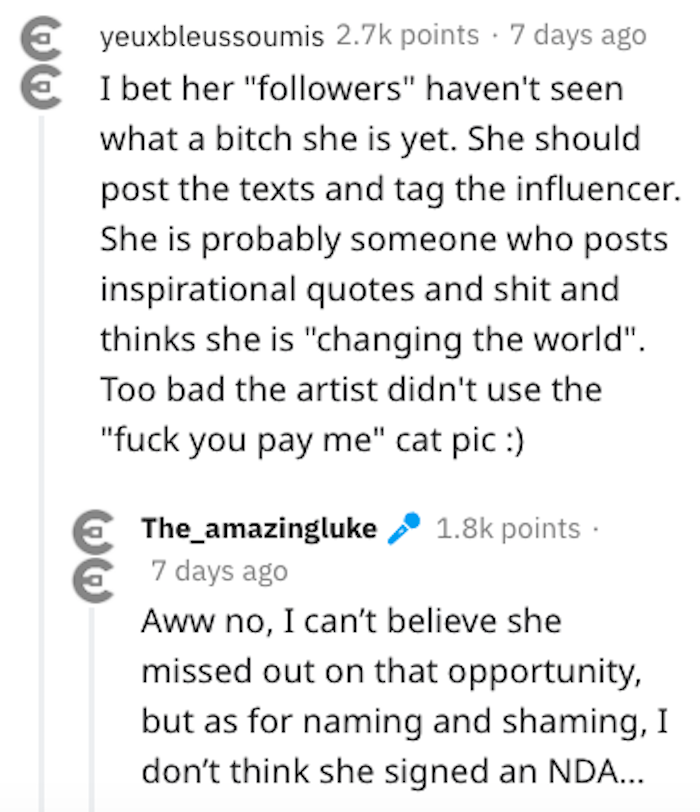 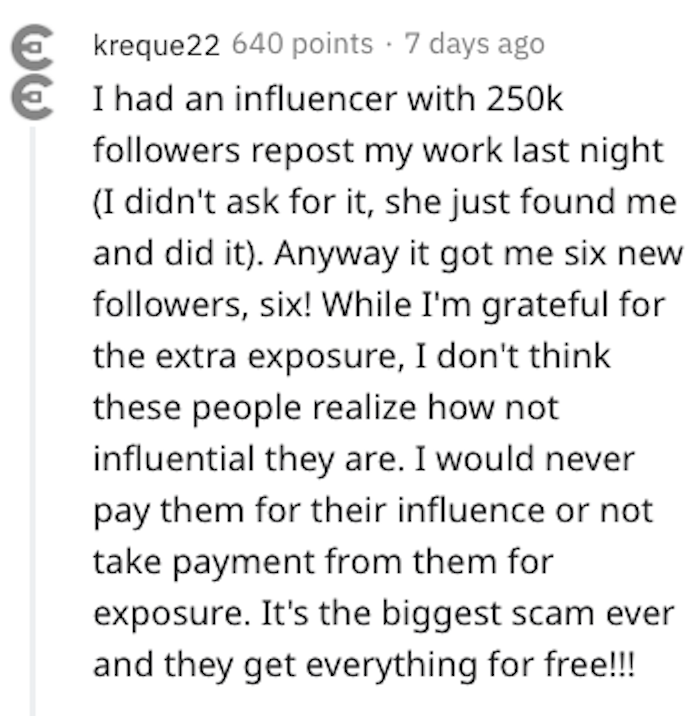 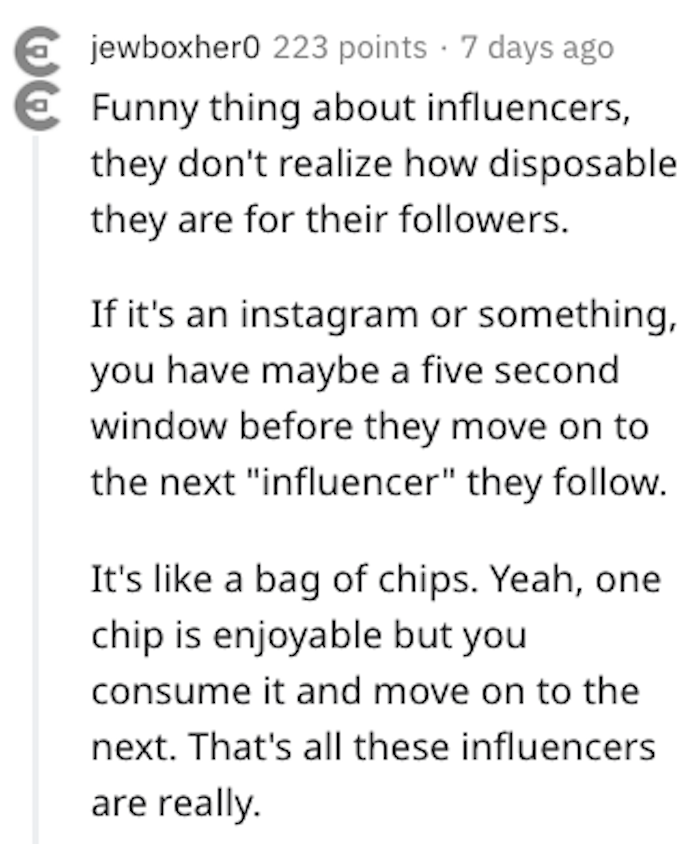 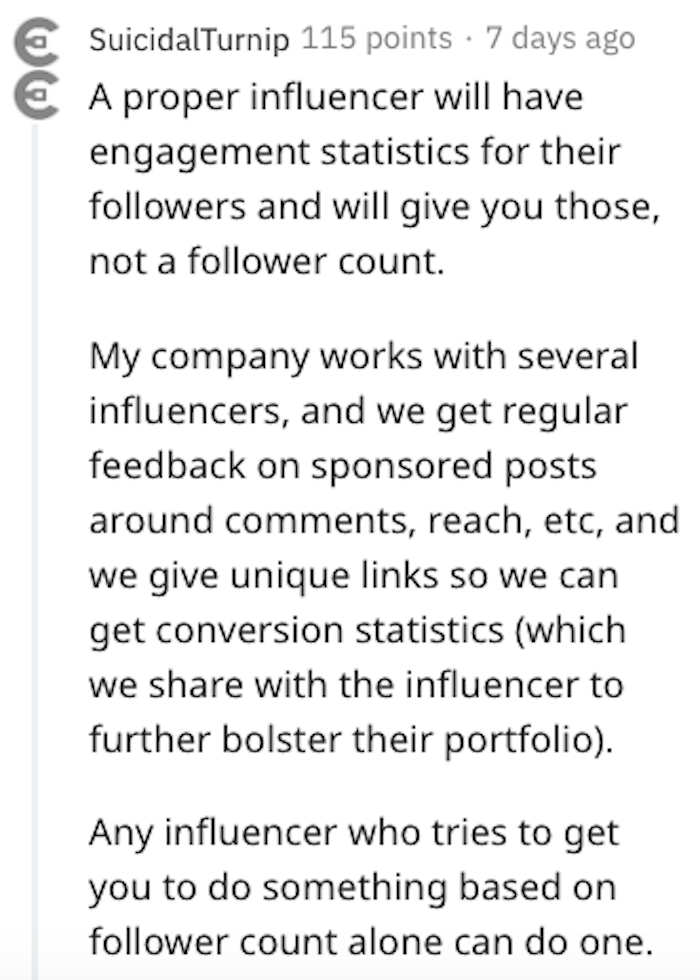 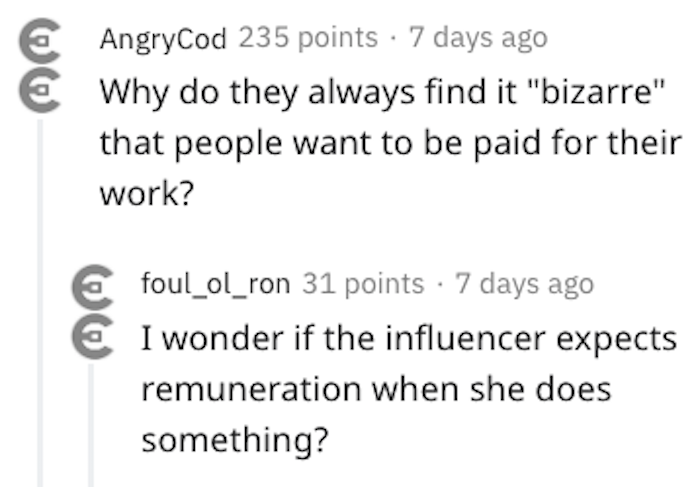 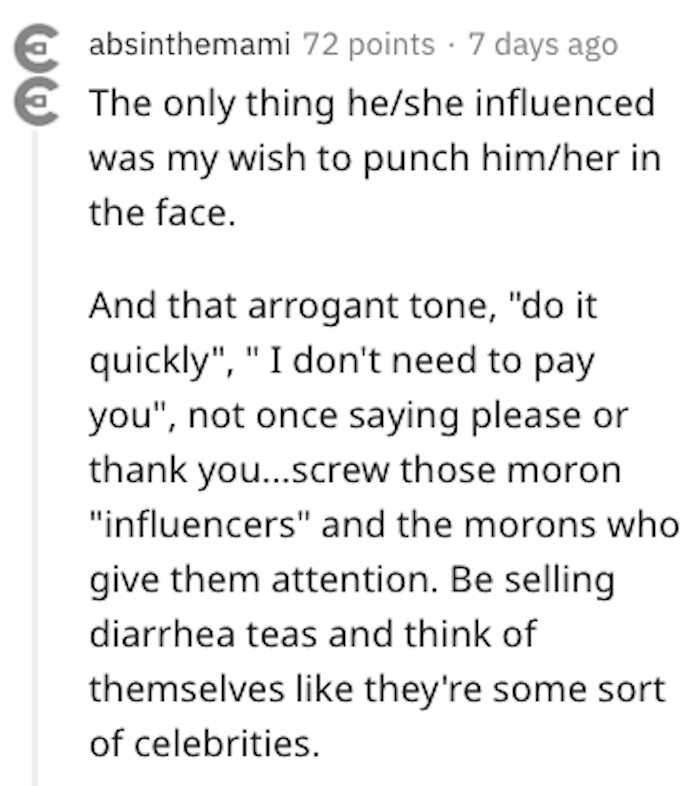