He says his wife is pregnant and though he says she hasn’t had many cravings for food, the ones she’s had have been intense. At one point she made him drive 40 minutes at three in the morning for something because she said she couldn’t wait. The OP says he talking to her about it and said he wanted to help her out, but couldn’t “keep throwing everything down to get her whatever she needs because she is pregnant.”

He is also the cook in the house, and the offending incident happened on a night when he made a dish he describes as “pizza-like,” but from their home country, so something that is not actually pizza. He made a salad to go with it and brought everything to the table where his wife was waiting.

I then went back to the kitchen to get the salad and when I came back my wife had taken all of the ‘pizza’ onto her plate. Now I should say I have cooked this meal quite a few times and it had always been that we took half each, so I asked her hey how come you took it all? She said that she realised that I liked it but she had a really bad craving for it and couldn’t I just take the salad for this once so she could have the ‘pizza’.

I told her that if she was craving it then that’s okay to just give me 1 piece (out of 10) so I could atleast have a taste but she refused saying she wanted it all, and that I could just eat salad only for one night. This started an argument and I just told her that I found it rude that she was trying to stop me from having 1 piece of my own food that I cooked. She still refused to give me a single piece and then said something that really hurt me, “honestly you should stick to salad in general anyways”.

I am not happy with my weight and I’ve been losing weight slowly but this comment made me upset so I told her enough and took the plate. At this point I now have the remaining ‘pizza’ left and told her she can eat salad or come apologise and took the food to eat on our alfresco.

I can definitely see how I was an a**hole for taking my wife’s dinner from her but at the same time I acted in hurt so I am curious what others think.

Never would I think that I’d be on the side of a man taking food out of his pregnant wife’s mouth, but here we are. Most of the commenters also thought that the future mom crossed the line from having cravings to being just plain mean when she criticized her husband’s body. 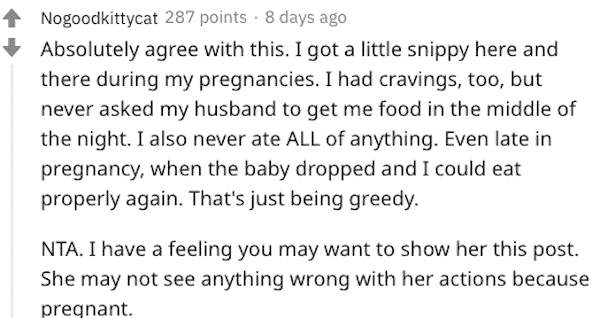 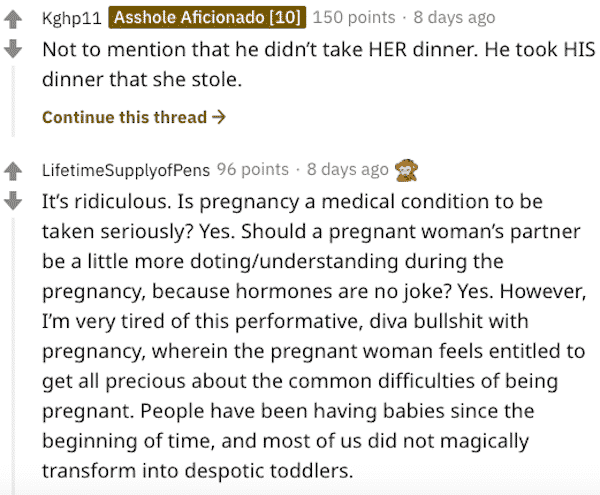 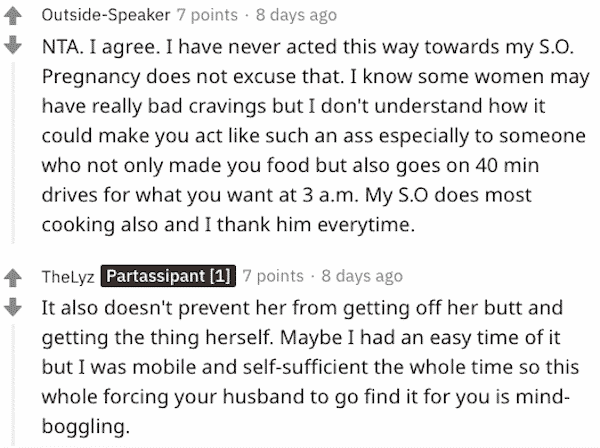 A few people did think he was being a little immature by taking all the food, and it wasn’t entirely clear if she didn’t get any at all. Mostly, they were glad he got to eat a whole pizza that is not a pizza: 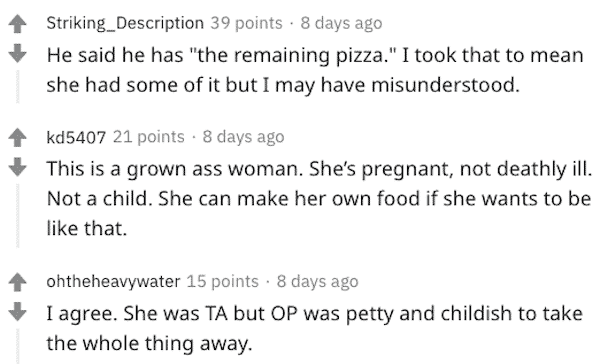 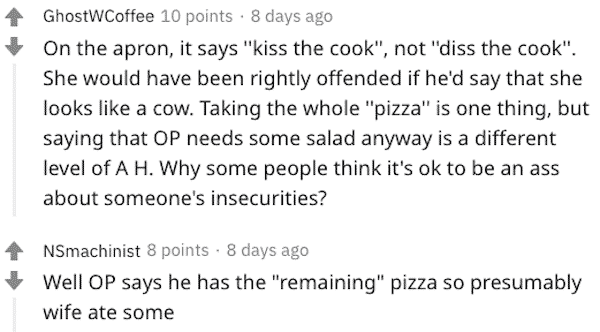 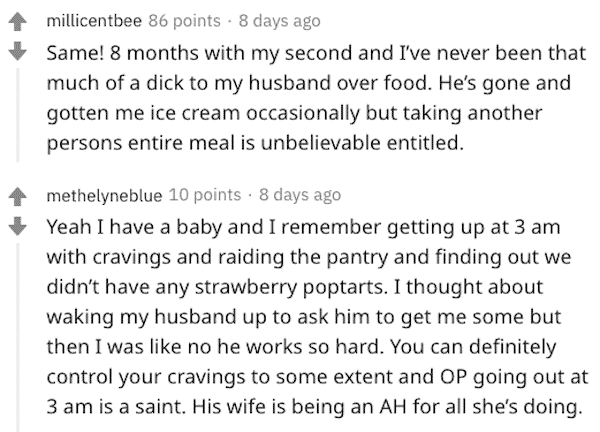 Give us the recipe, OP! The people demand it. Then go make up with your wife if you ever want to have a peaceful dinner again.