Whose responsibility is it to make a marriage work? I’d say it’s definitely the two people in the marriage, but that’s not how everyone feels. The insult “homewrecker” exists for a reason. A homewrecker is someone who cheats with somebody who is married, becoming a catalyst for their split. While it’s not kind or wise to cheat with a married person, I’d still say the responsibility for the marriage falls on the shoulders of the person cheating.

But in the case of a Redditor using the account u/ThrowRA5489579, she’s getting the label home wrecker without doing any of the wrecking and she’s not sure if she deserves it. She posted her story on r/AmIthe A–hole with the title, “Should I allow her another chance to fix their marriage?”

Very dramatic. The 24-year-old woman is dating a 33-year-old who she met when he was still married to another woman. They were separated, however, and his wife was dating someone else. The problem happened when the wife broke up with her beau, and told her husband she wanted to give the marriage another shot. He said “no ❤️.”

He decided to start the legal divorce process. He says it’s for practical and tax reasons and he served her the paperwork. Through this whole process I have been completely silent about the divorce because I don’t think paperwork changes anything and it’s not my business.

The OP says that though she wasn’t trying to influence his decision with her opinion, he eventually told her that their compatibility as a couple made him realize he didn’t want to fix things with his wife. I guess he also told his wife:

To put it mildly, she didn’t take it well.

His wife (30F) flipped out on me. She says that if I hadn’t been involved they could have fixed things, and called me a “homewrecking w##re” for not getting out of the picture so she could have a chance to fix their marriage. She says that their marriage should have come before any feelings I had for him. I disagree because we got together when they were fully separated. I never meant to influence his decision.

My family thinks I’m a homewrecker for “stealing” a married man. Most of my friends think I did nothing wrong because it was his decision to end his marriage.

What should I do in this situation?

Sounds like you’ve done enough. Just kidding. This isn’t your problem. You weren’t cheating. The wife missed her chance. That’s what all the commenters said, too: 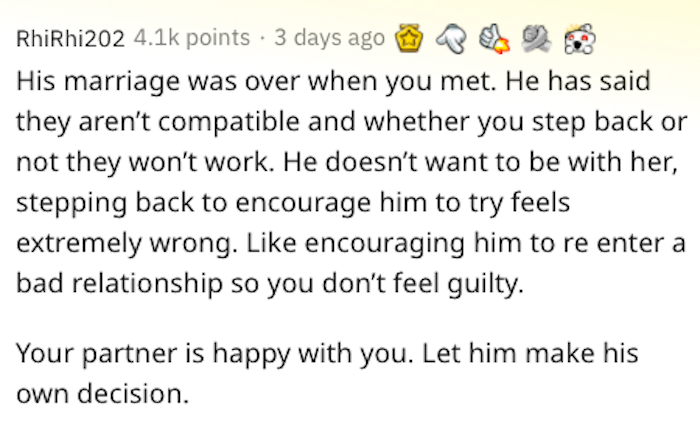 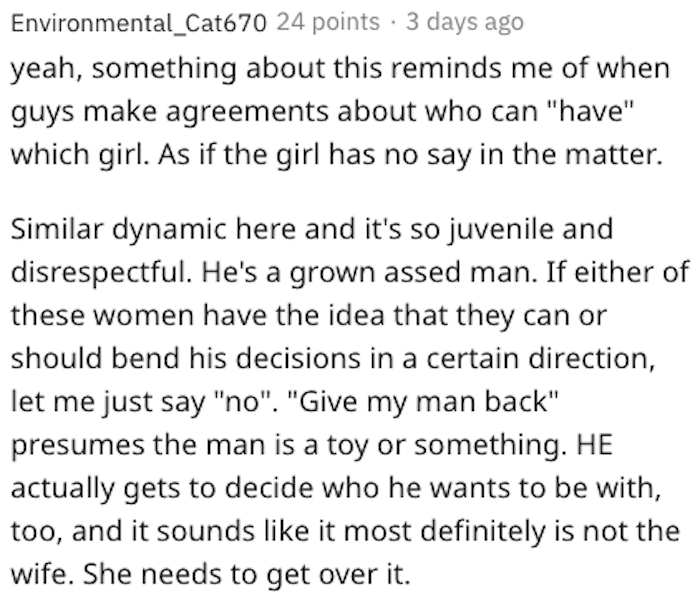 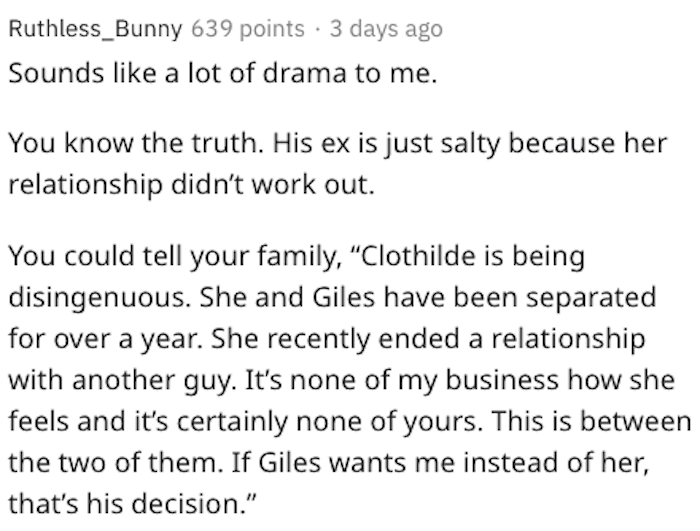 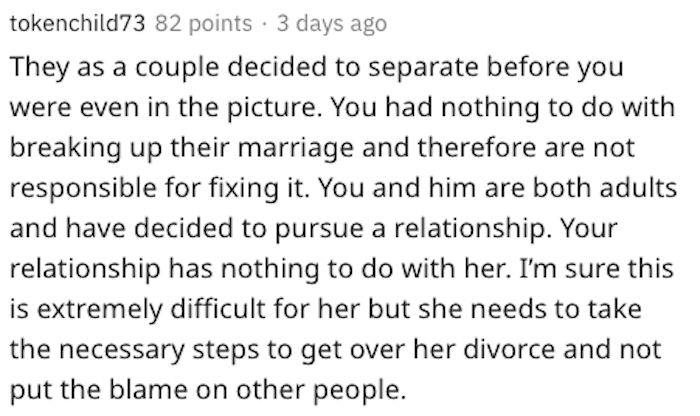 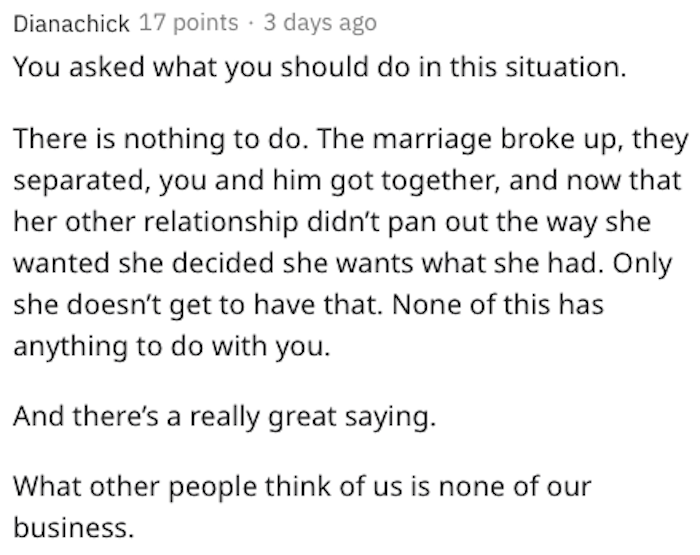 A few people did say that the situation was a good example of why no one shouldn’t date married people going through separation and divorce—it’s a whole lot of drama. Unfortunately, love and drama often walk hand in hand.