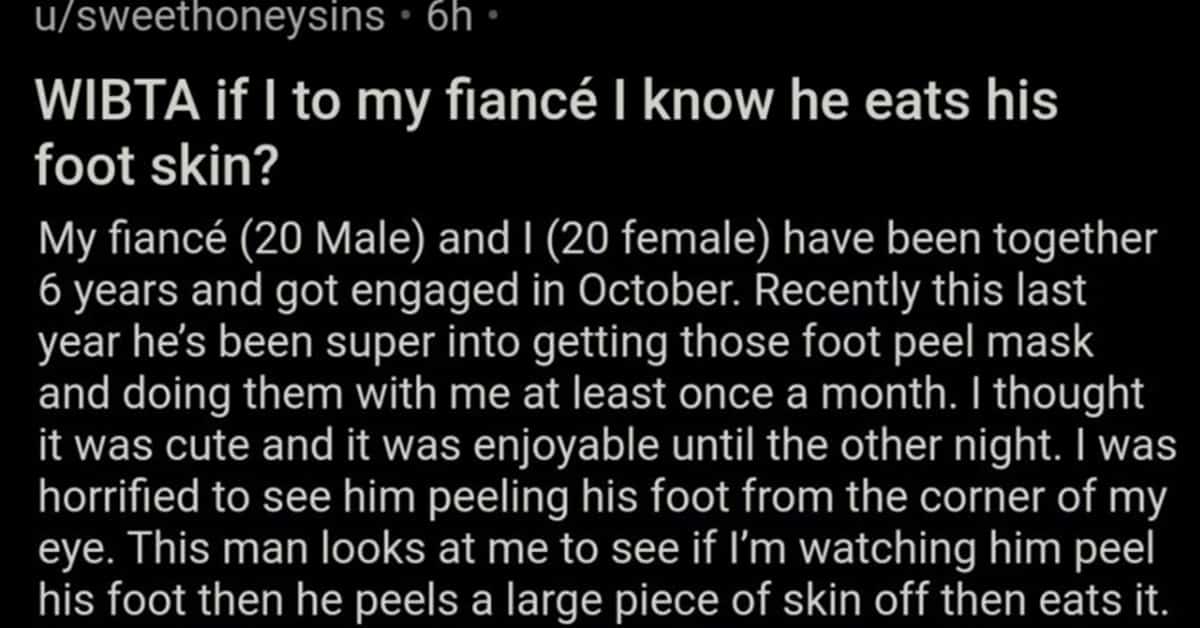 CW: once you read this story you will never be able to get the images inside of it out of your head unless you inject disinfectant like a well-known world leader recently suggested. This story was posted on r/AmItheA**hole by u/sweethoneysins, but it should have been posted on Satan’s message board.

The 20-year-old woman writing it says she’s engaged to a guy she’d been with for six years. In the last year, they’ve been doing foot peel masks together. At first it was cute and fun to share the little at-home spa treatment, but things have taken a sharp turn:

I was horrified to see him peeling his foot from the corner of my eye. This man looks at me to see if I’m watching him peel his foot then he peels a large piece of skin off then eats it. Then checks to see if I was watching again and then he continued to eat his foot skin. He had just gotten out of work and had taken his socks off and almost immediately went to town. When he was done he tried to kiss me. I avoided him and immediately went to brush my teeth and then kindly told him to not forget to brush his teeth either. It makes me wonder if he’s done that the whole time we have been doing these foot mask. I couldn’t even kiss him good night because the image of him eating his sweaty foot skin is giving me that crawling feeling of disgust.

My question is would I the asshole if I tell him that I seen what he was doing and that his habit is gross and he should stop or should I move on and never tell him what I had witnessed. I know they say you never truly know someone until you live with them and this is the first time in 3 years I have seen him do something so repulsive. 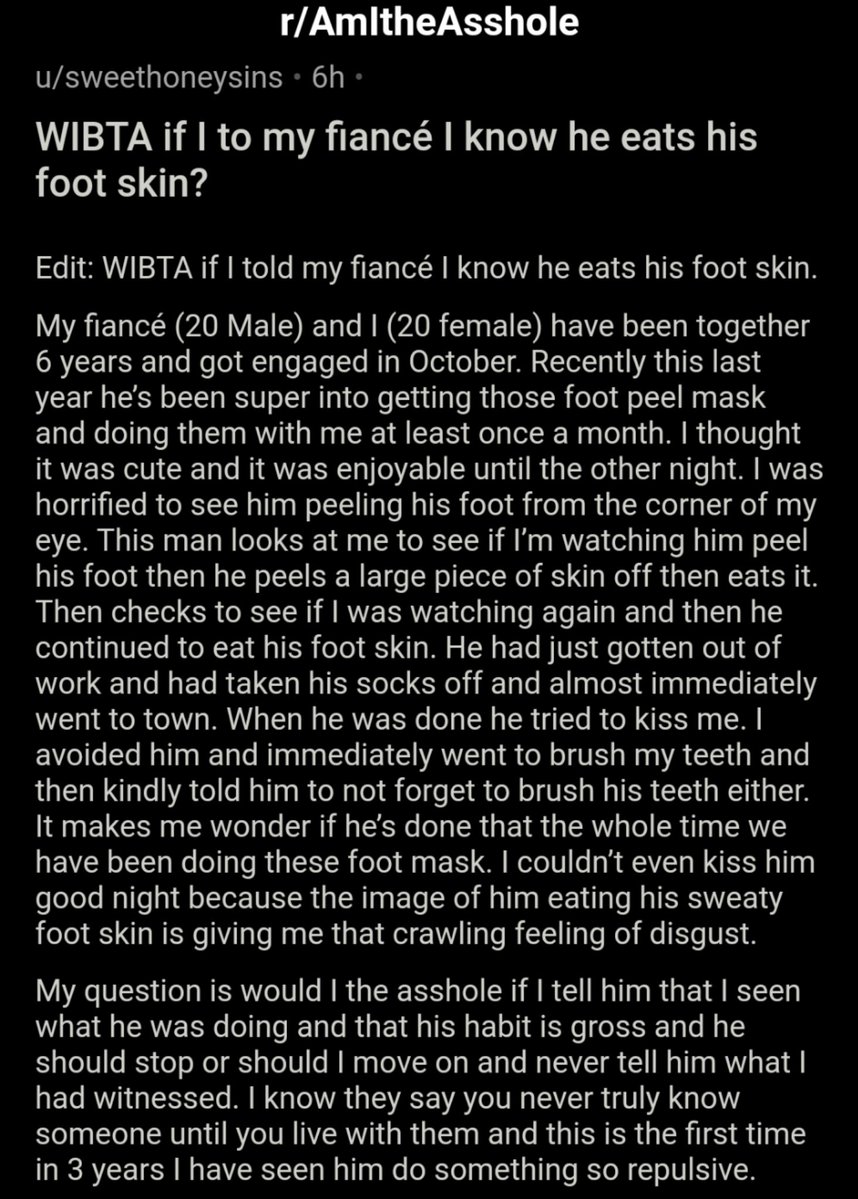 Most comments are people wishing they could time travel to a point in their lives when they hadn’t read this story, but a few chimed in with actual advice. They suggested she talk to him about it, but to be as kind and non-judgmental as possible.

why did I read it after that warning pic.twitter.com/4TGchplba2

Eating your skin and other horrifying things are often signs of a particular compulsion that is very difficult to control—it’s not necessarily something he is doing casually, and he has probably been hiding this type of behavior from her for quite a while: 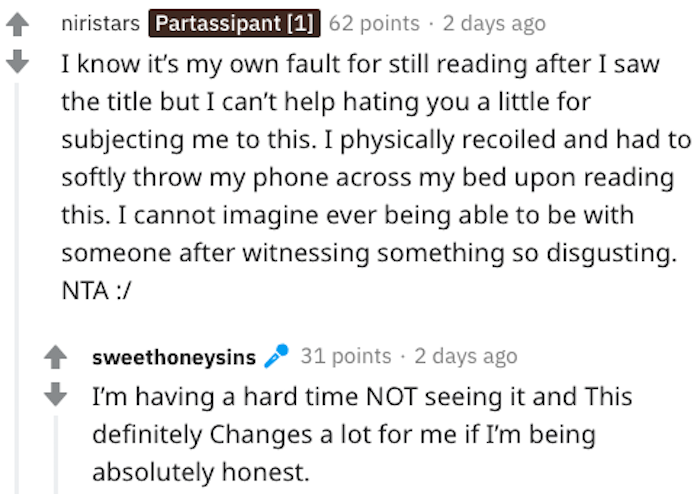 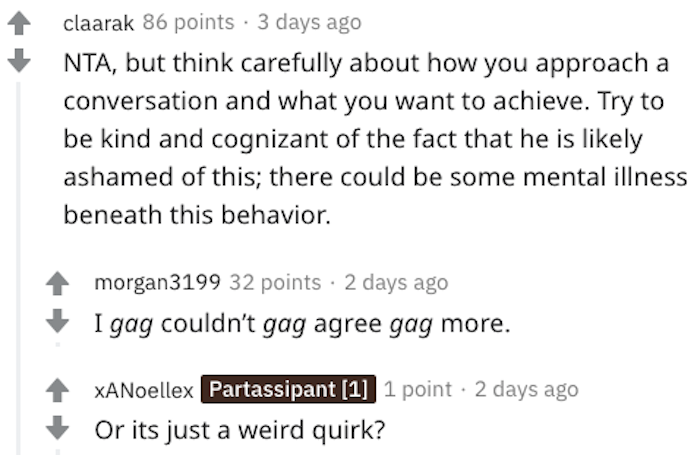 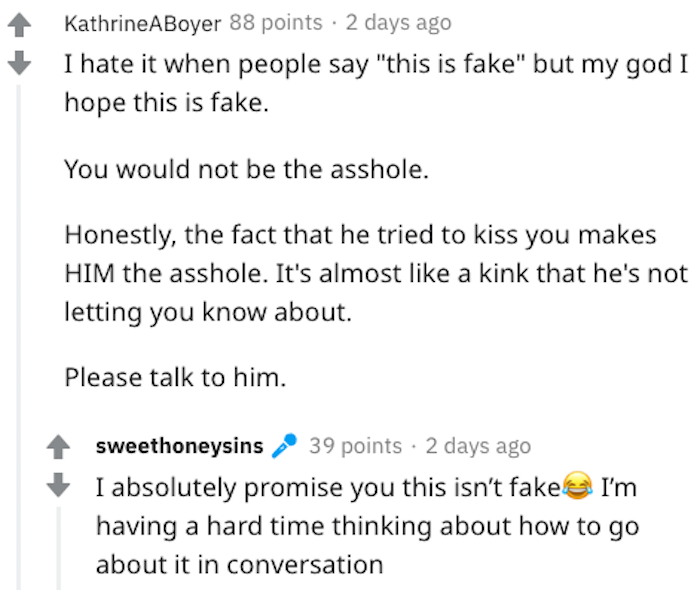 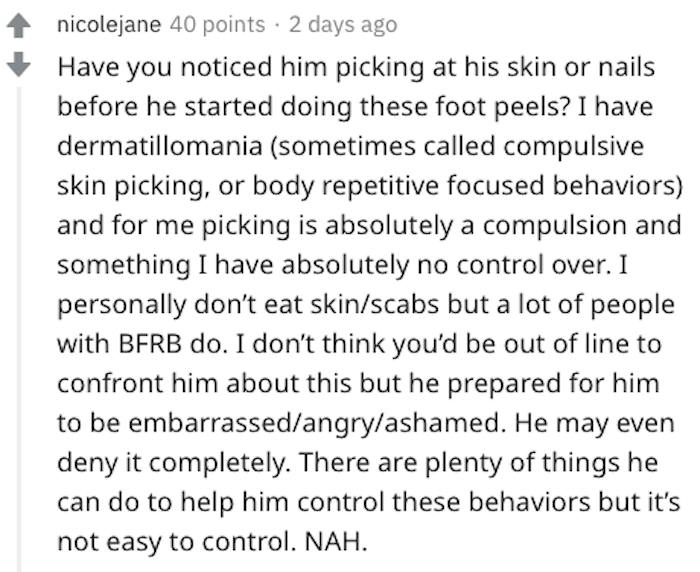 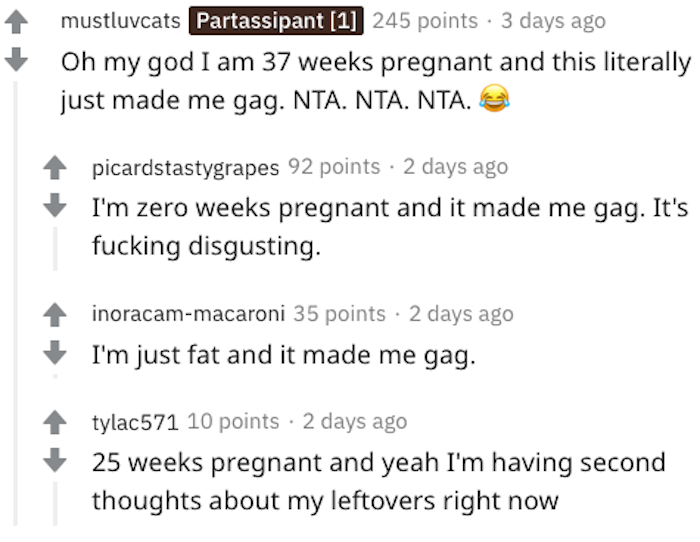 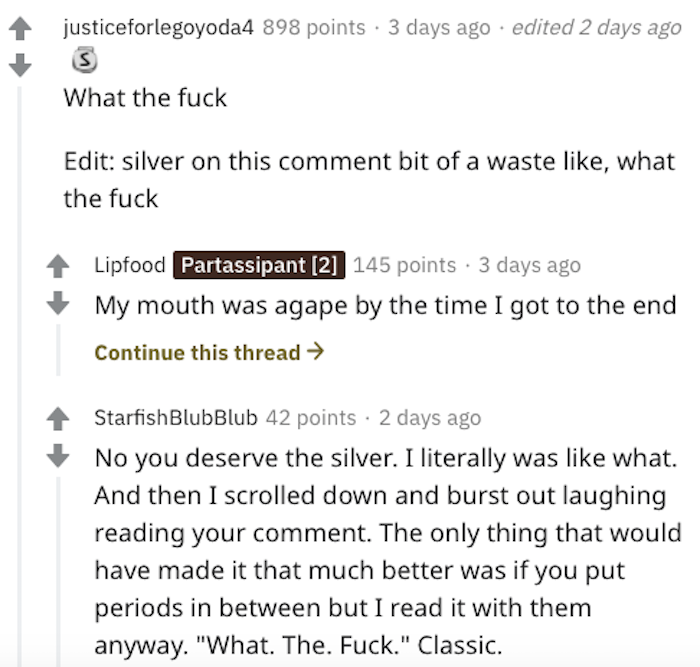 Eventually, the OP updated to say they discussed the situation:

I talked with him about it and he said it was a one-time thing and he wanted to try it. He apologized about trying to kiss me right after and said he wouldn’t ever do it again (the foot thing) He was oddly okay with the whole conversation. Like it wasn’t a problem to him. I’ve never seen him do it before and like I said he stated it was a one time thing. I don’t plan on breaking up with him if it’s a one time thing.

We have been together a long time and I’m not going to throw a whole relationship out for something that can be changed. We have no relationship issues and argue very rarely. I want to clarify YES we are young and YES I could see my other options but I don’t want to and I appreciate everyone telling me to leave him but I don’t plan on doing so. If it becomes an issue thats when I’ll leave but as of right now it’s a work in progress haha 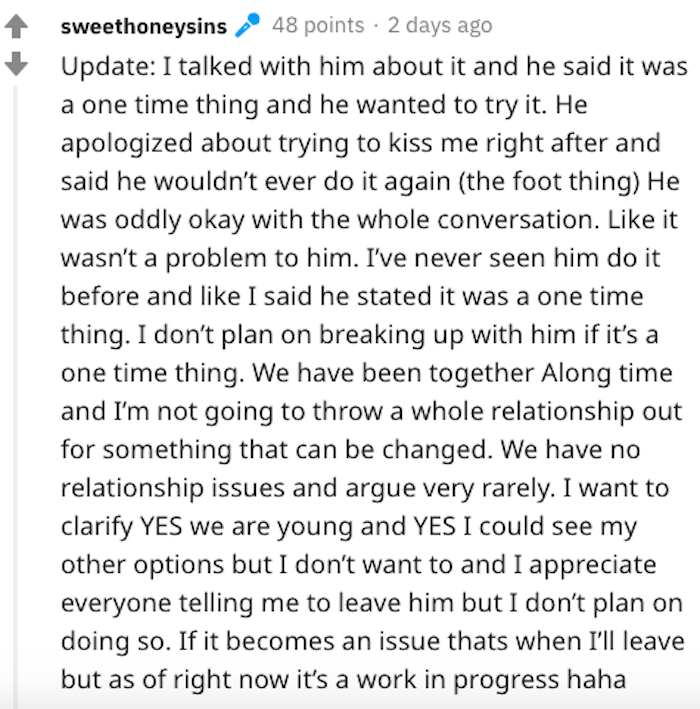 It’s almost certainly not his first time doing it. In fact, in another comment, she mentioned that he also pulls out his eyebrow hairs and eats the roots, so even the assertion that he never does stuff like this is untrue. He probably can’t help himself and has lots of habits like this she’s just not observed: 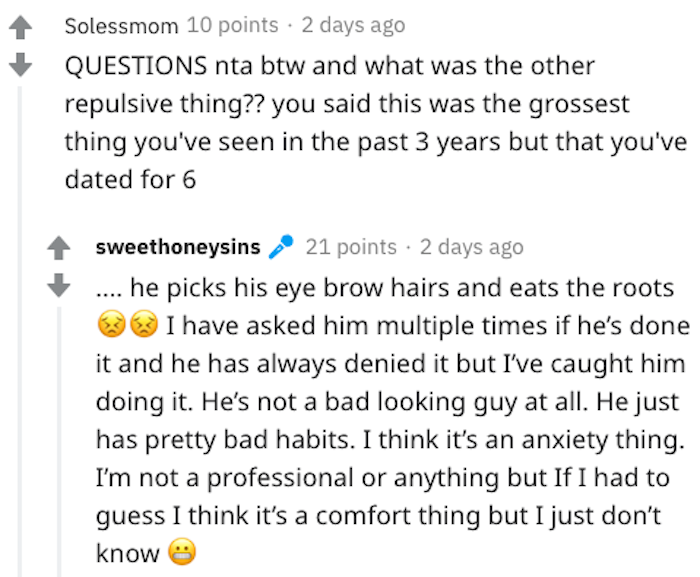 Not that this is necessarily a reason to break up with someone. Lots of us have issues and when someone loves you, they should be able to help you work through it. Working through it starts with telling the truth, though, not just eating your foot skin in private.