Co-parenting with an ex is challenging in even the best of circumstances, so what do you do if your ex is an anti-vaxx nut? That’s what Redditor u/Spare-Training wanted to know when they posted their story on r/AmItheA**hole with the title, “WIBTA if I vaccinate my kids without telling my ex?”

People don’t usually ask people about hypotheticals on this subreddit, it’s often stuff that’s already come to pass and they’re trying to figure out of they did wrong. In this case, the OP was looking for help in making a decision. She says she has two kids who are one and three years old. She says that when she got divorced “it was horrible.”

Joint custody didn’t work out and she was eventually awarded full custody. While her ex is allowed to visit with them, he doesn’t have any say over decisions regarding their education or health. Which has led to her quandary:

I (27f) have two kids, 3f and 1m. When I got divorced, it was horrible. We couldn’t work with joint custody, and in the end I was awarded sole custody of both our kids. My ex husband can still visit the kids, but he doesn’t have any say in any education or medical decision regarding them.

Neither of them are vaccinated. I want to get them vaccinated now, but I know ex husband will loose his sh—t if I do. I know I will legally be in the right. But would it be an a—hole move to make a medical decision regarding our kids without at least telling my ex simply because he won’t like it and I don’t feel like dealing with him?

He loves the kids, and I have discussed other medical decisions regarding them with him before even though I didn’t need to. I just know he’ll react very badly to this one.

Still going to vaccinate the kids no matter what, I just want to know whether it is an a—hole move to not let him know beforehand. Sorry if that wasn’t clear.

Pretty much everyone said that she has both the legal and moral authority to get them vaccinated. Most people said she didn’t have to tell him beforehand, but several said she’d have to tell him eventually and should before the kids get to it: 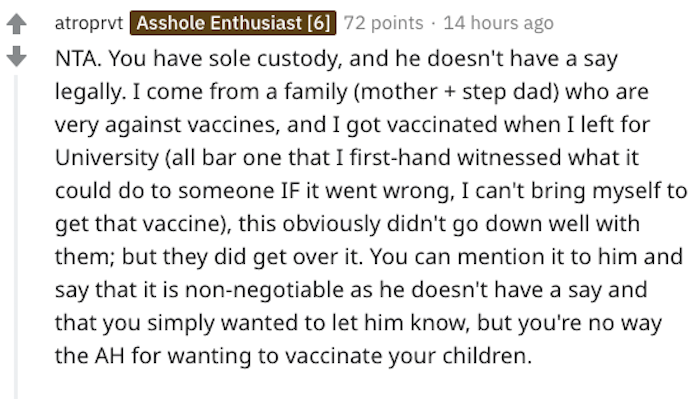 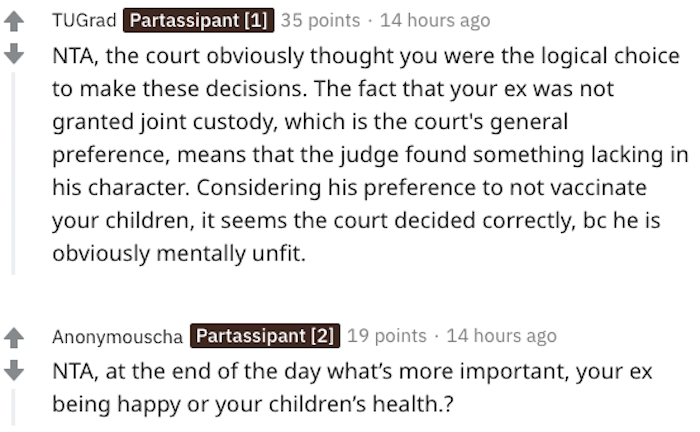 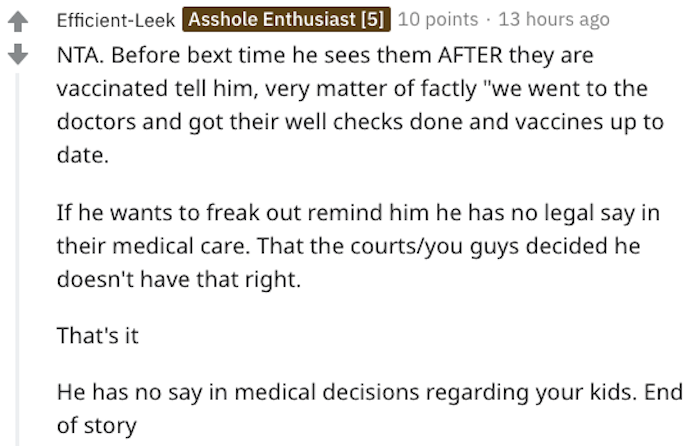 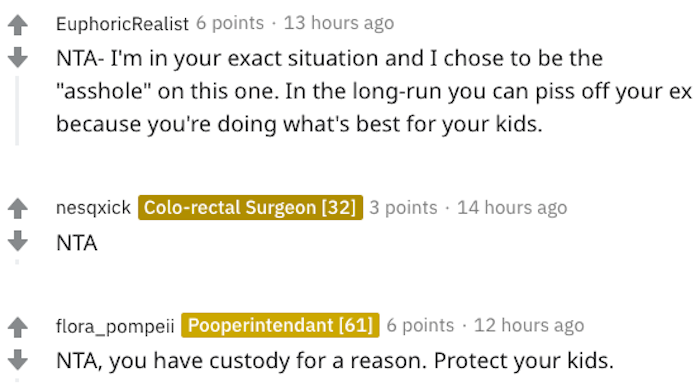 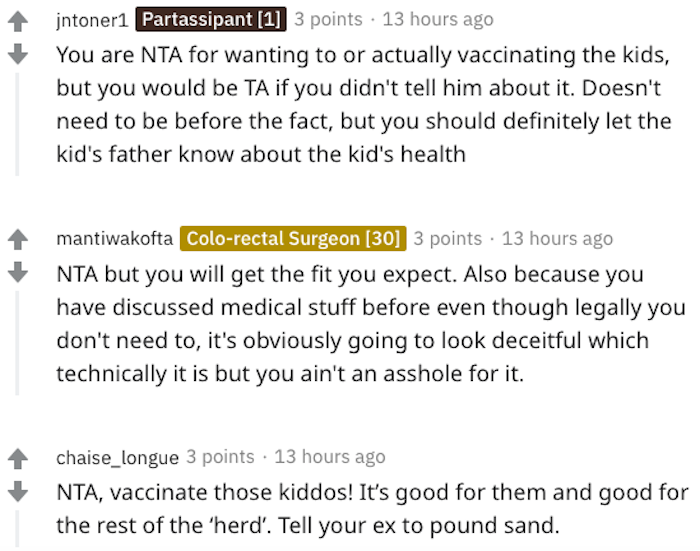 Maybe if she gives it a couple of months, he’ll see that vaccines are not a danger to his children. Unlike his beliefs about vaccines.