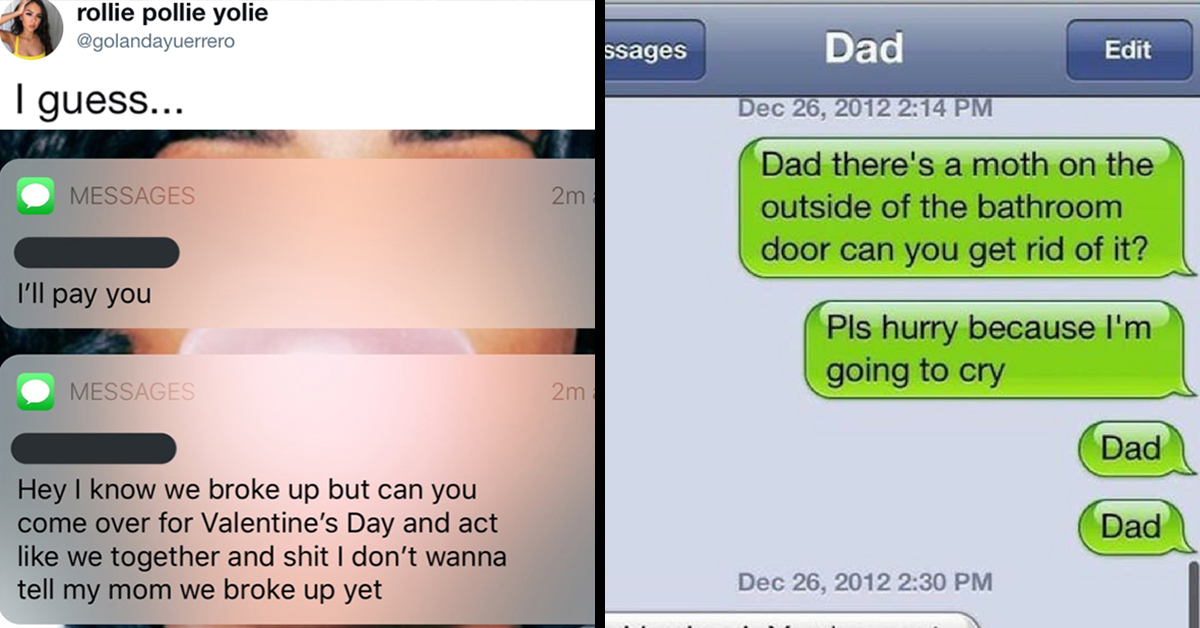 A decade is a long, long time—and longer on the Internet than in real life. In just eight years, Internet users have grown by 82%—almost 1.7 billion people. The video app Vine was born and died. Snapchat launched. Facebook bought Instagram. And nearly all the iPhones were released, with the first generation dropping in 2007.

And with that first iPhone came iMessage. And with iMessage came unlimited texting (millennials and older generations will remember a time when we had to pay per text(!!!)). And with unlimited texting came…funny texts. Here are the funniest texts of the 2010s. 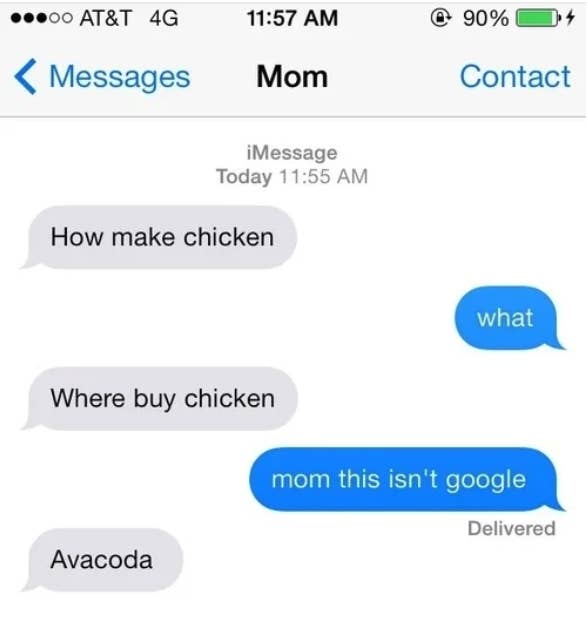 2. Wonder where Jared worms boy is these days? 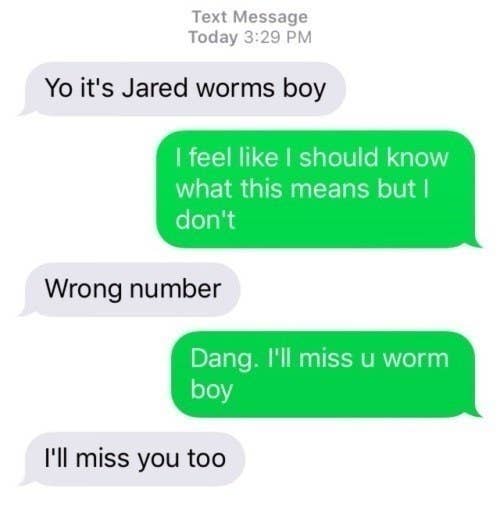 I thought my GrubHub driver died for a second pic.twitter.com/G0LmiCZkN1 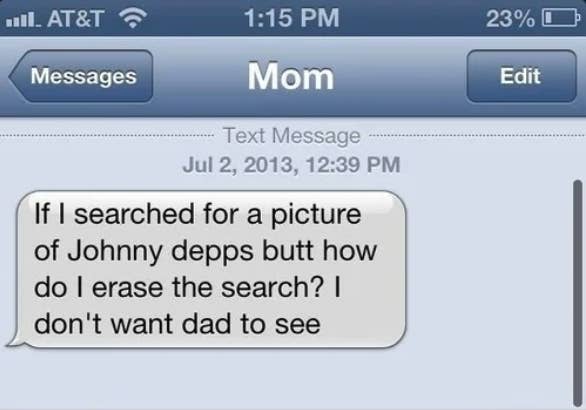 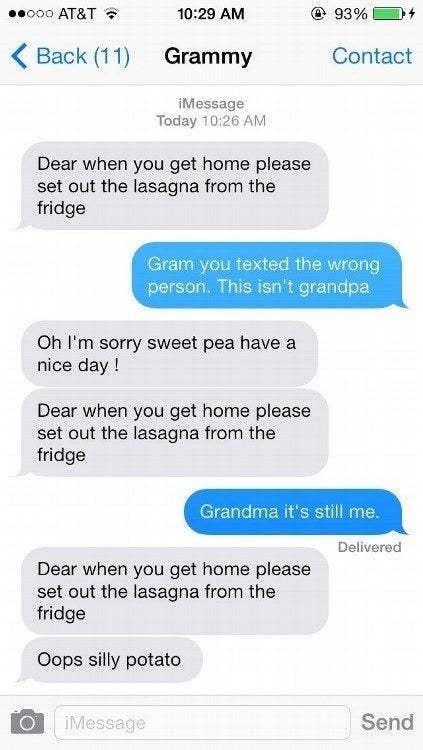 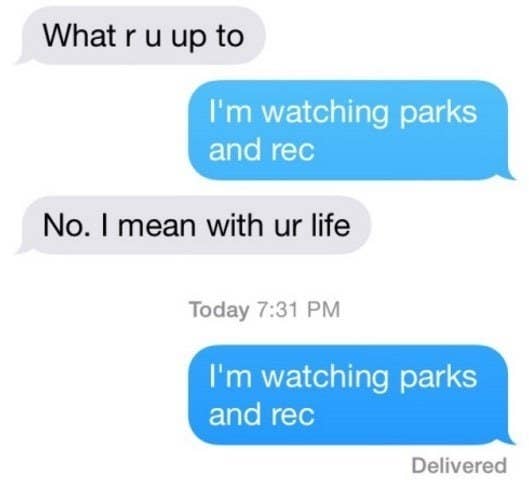 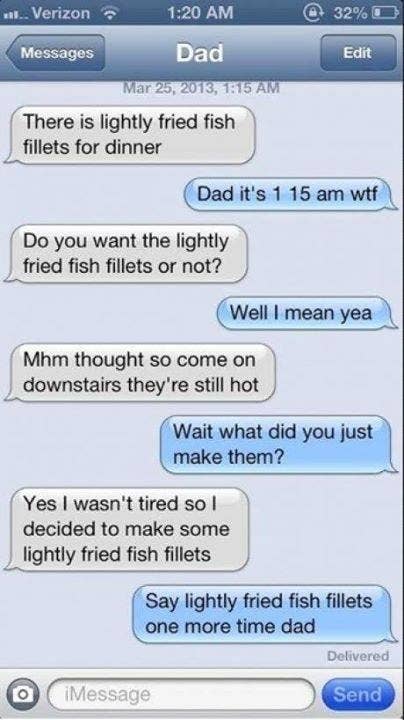