Sometimes we go looking for mystery, sometimes it finds us. Because it literally has our phone number. That’s what seems to have happened to Twitter user @Dustinkcouch, who claims he’s been receiving selfies from a couple named Dave and Rebecca night after night, always at 3:29 am.

He shared screenshots of the surreal exchanges he’s having with these mysterious strangers, writing, “The weirdest thing that happened to me this month was when a couple texted me selfies every night at exactly 3:29 AM.”

Only this month?! You live an interesting life, sir. 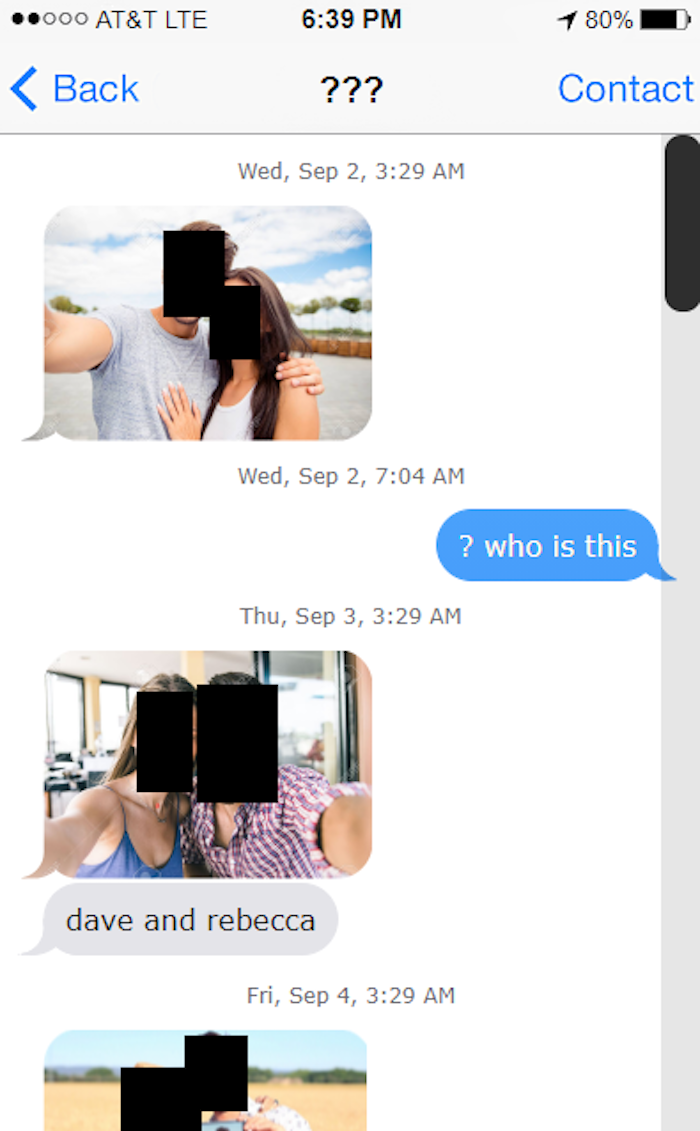 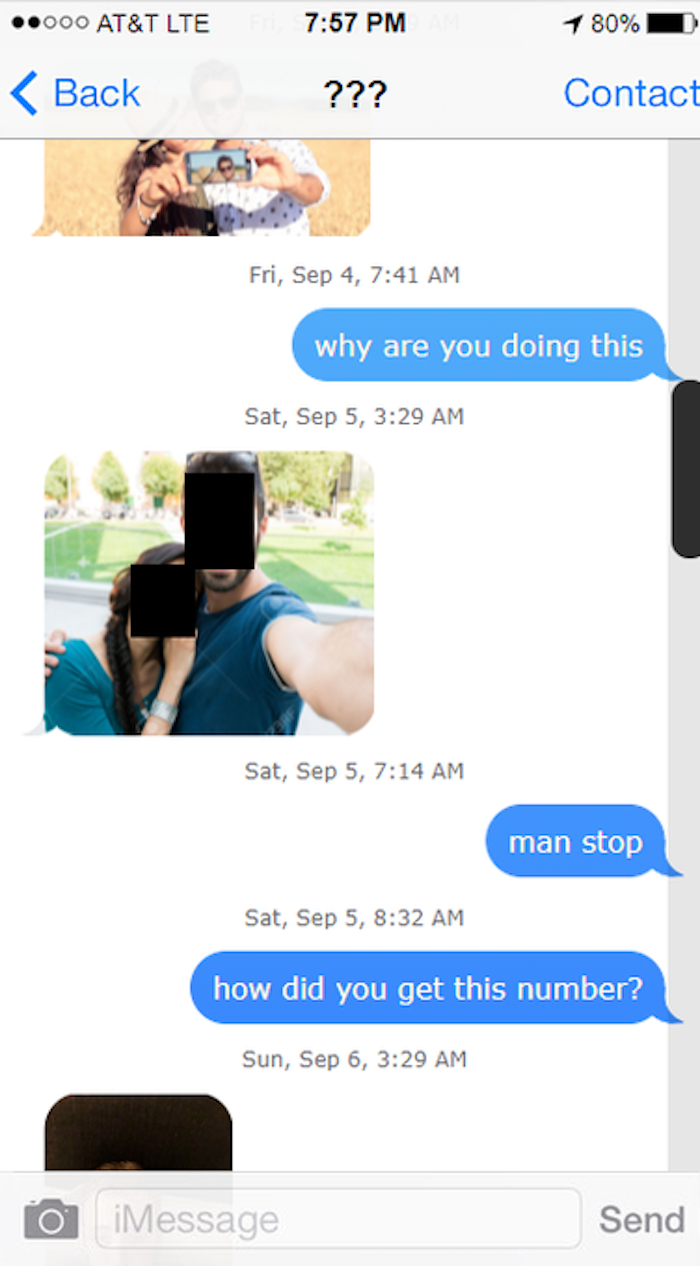 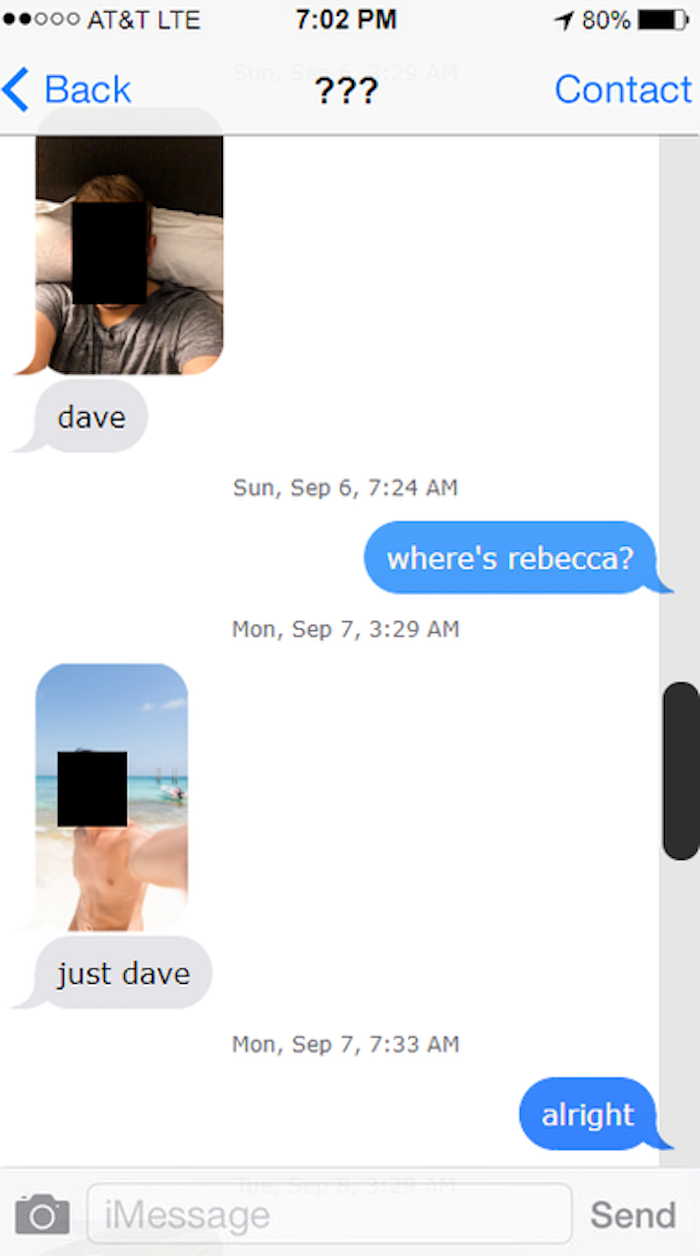 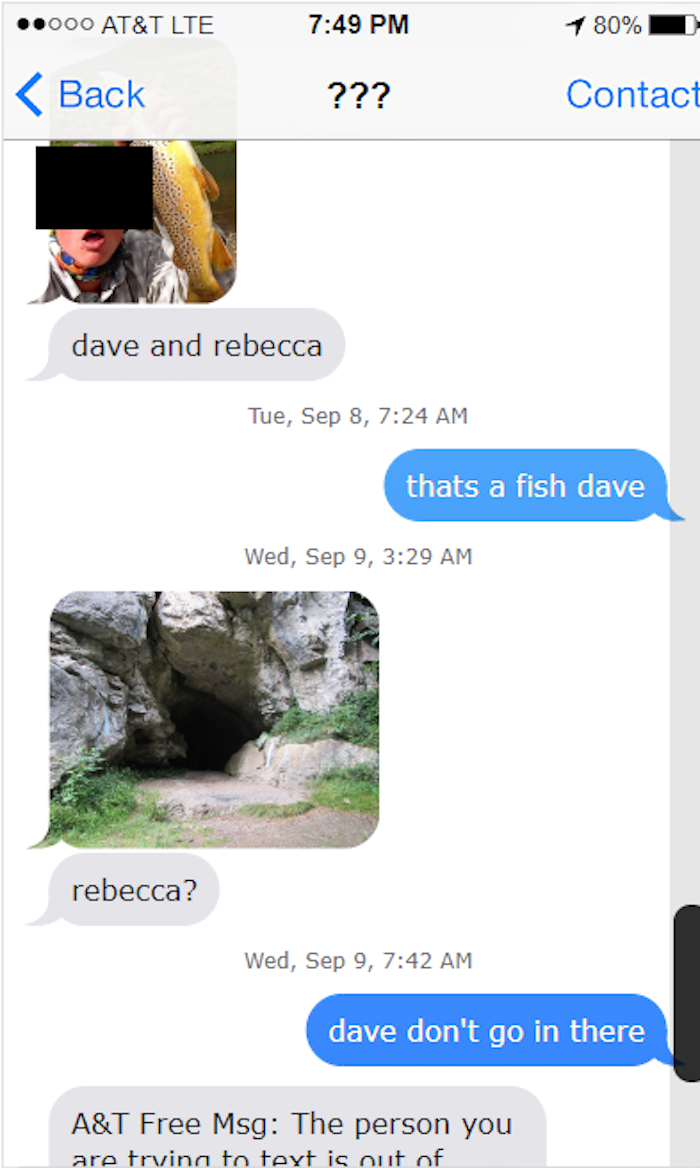 In another tweet, he made a joke about how so many didn’t believe this was real, and I’m not sure if it’s a comment on how strange the interaction is or if he’s implying it actually is all made up:

there are a lot of people who think these screenshots of texts that contain a man sending me pictures of him and his gf every night at 3:29 AM, losing his gf, mistaking a fish for his gf, and then thinking a cave is his gf are fake. weird

Even if it is, it seems to be happening for real to a lot of people out there. Quite a few commented with stories and screenshots of their own.

@Orbitron11 asked, “Dude, are they related to this woman that has been texting me on and off for over a year. 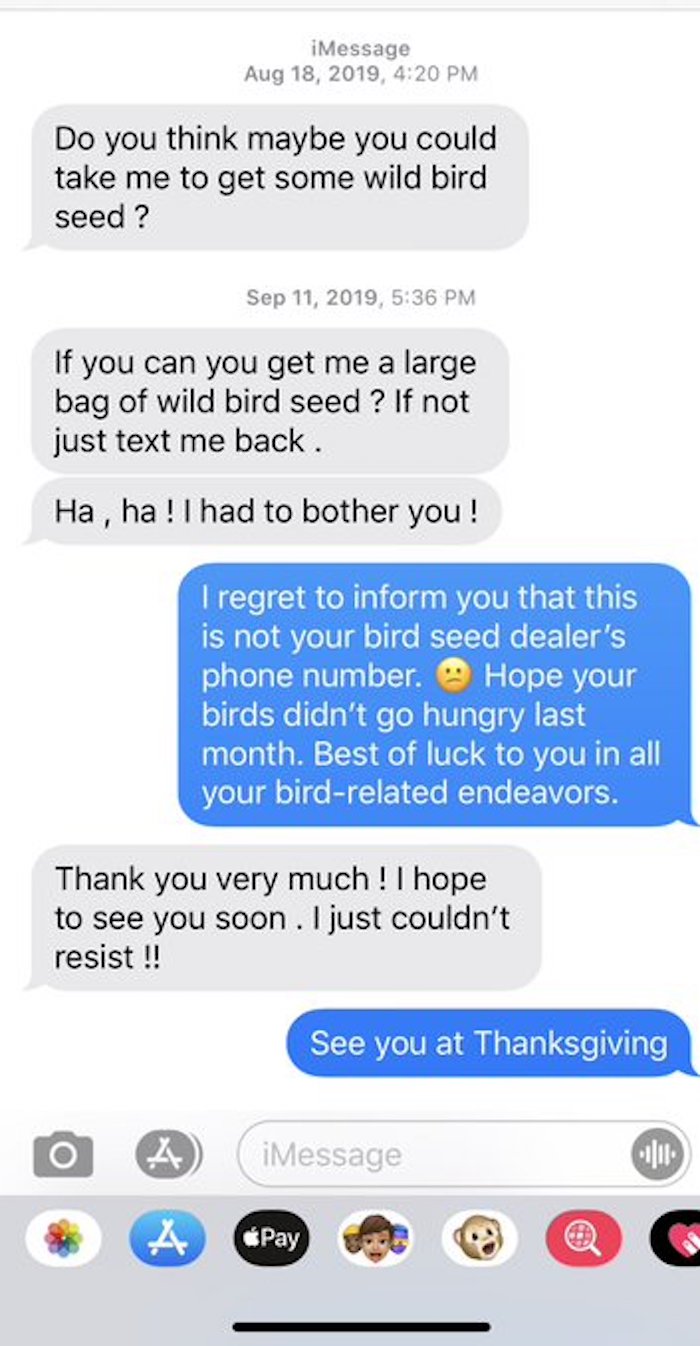 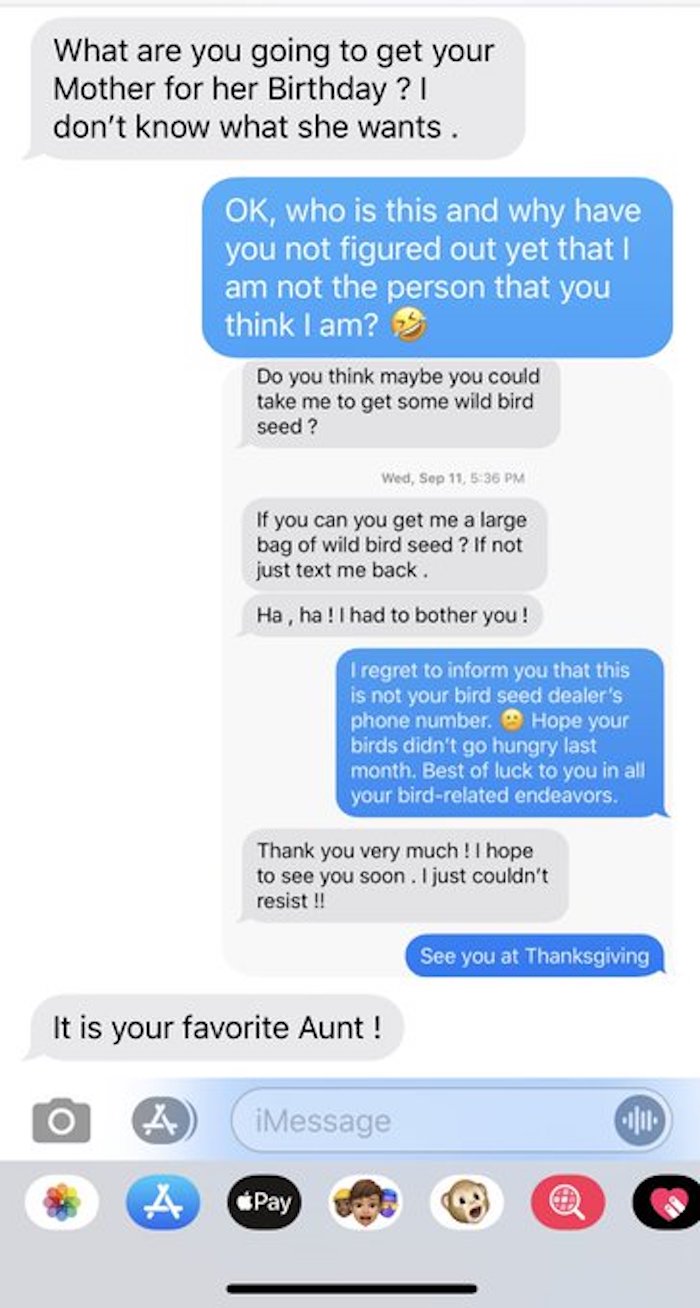 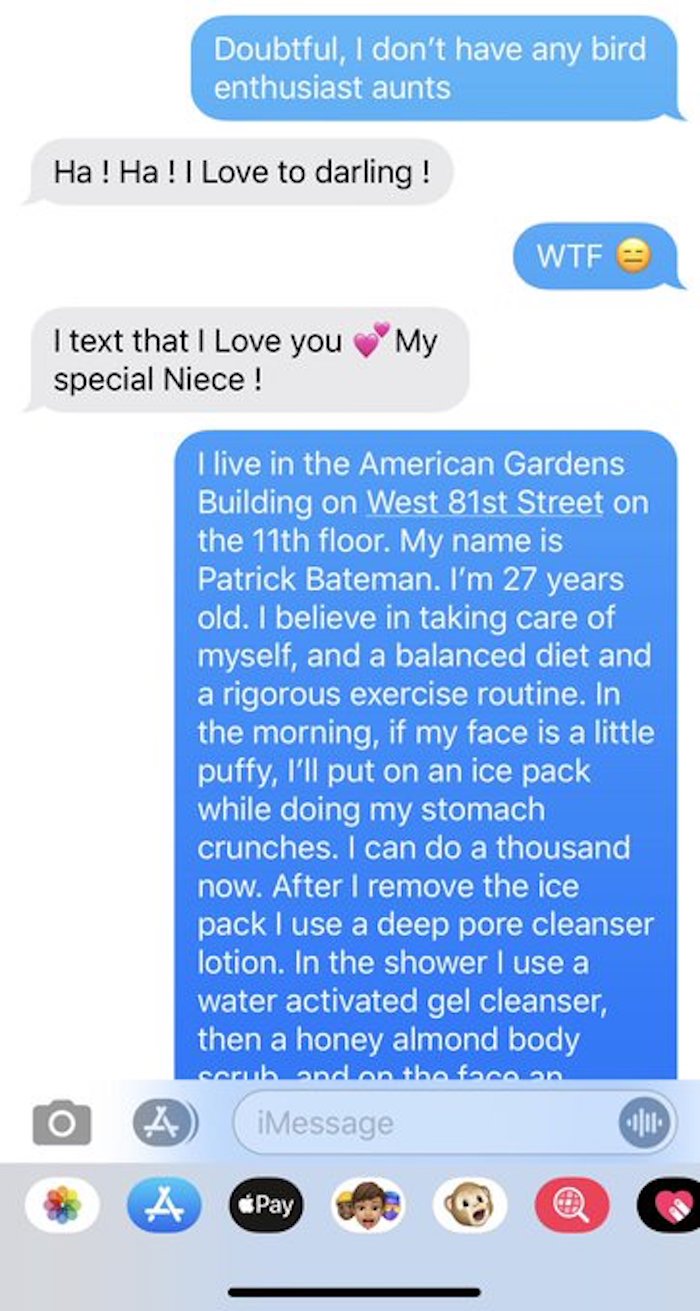 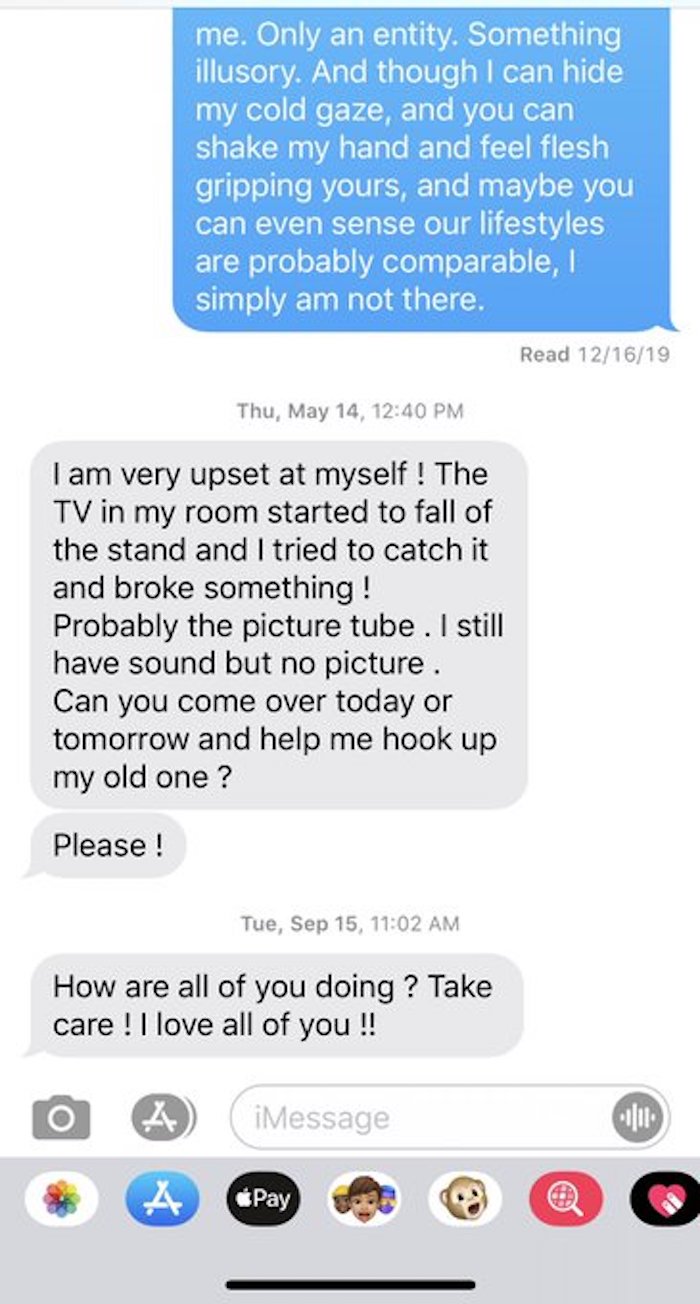 @AnnCalsbeek commented, “I got some sass from this girl after she accidentally sent me an insanely boring mudroom photoshoot. Also, maybe save your mom’s phone number.” 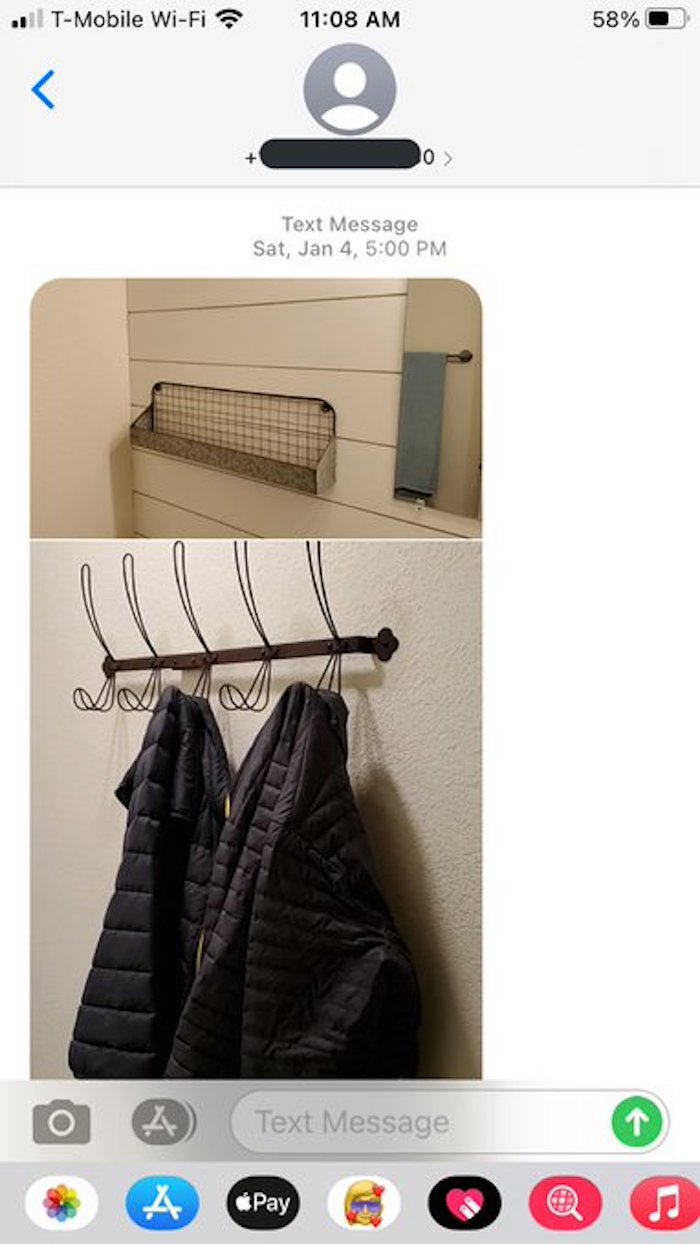 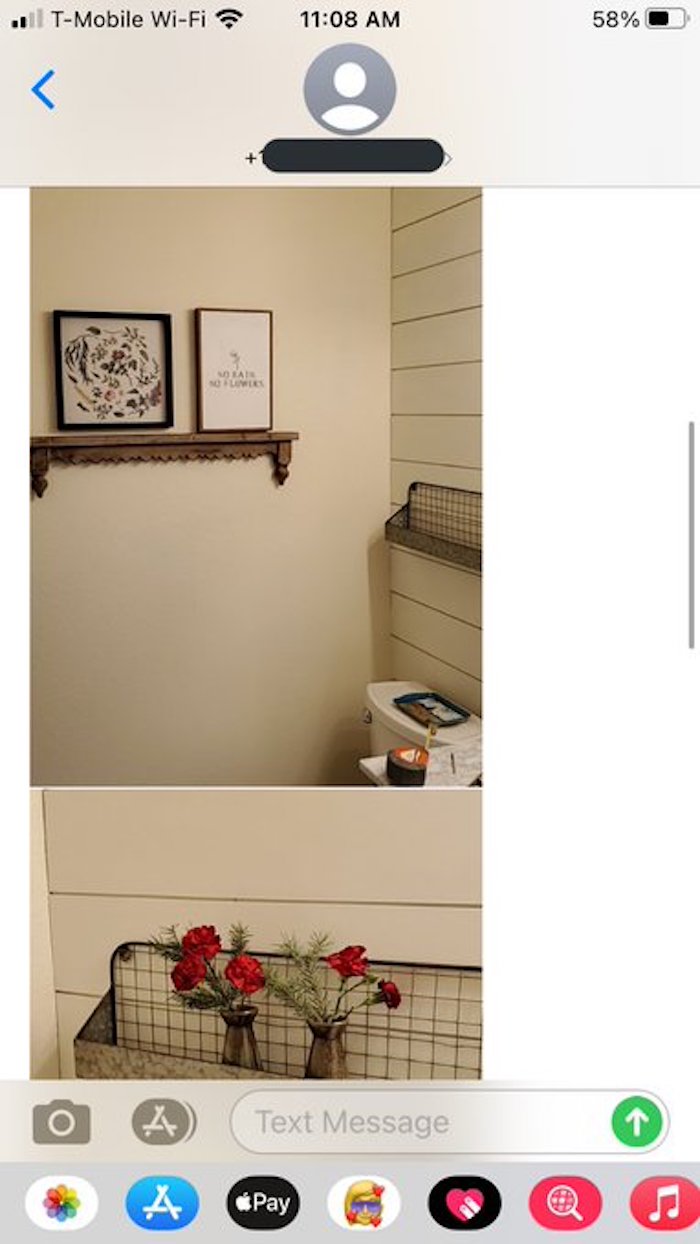 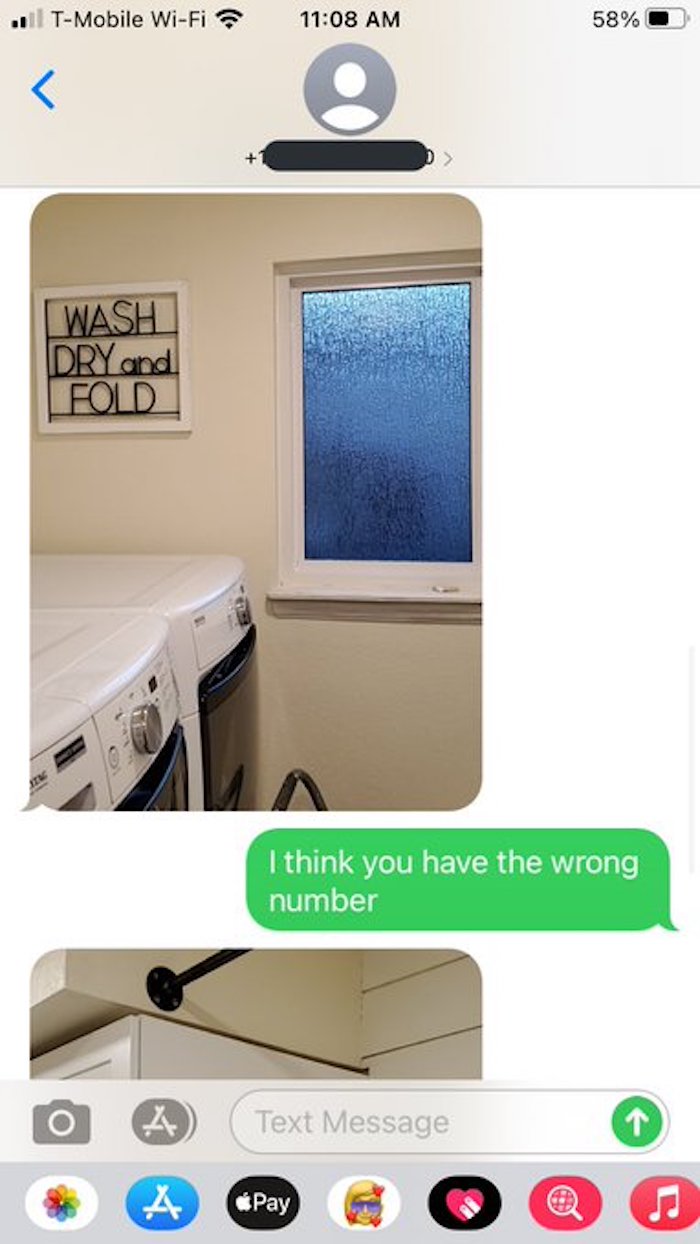 “This person would not stop trying to call and facetime me,” said @brittanyxangel.

“This is my favorite wrong number story,” shared @XanderIsALoser. 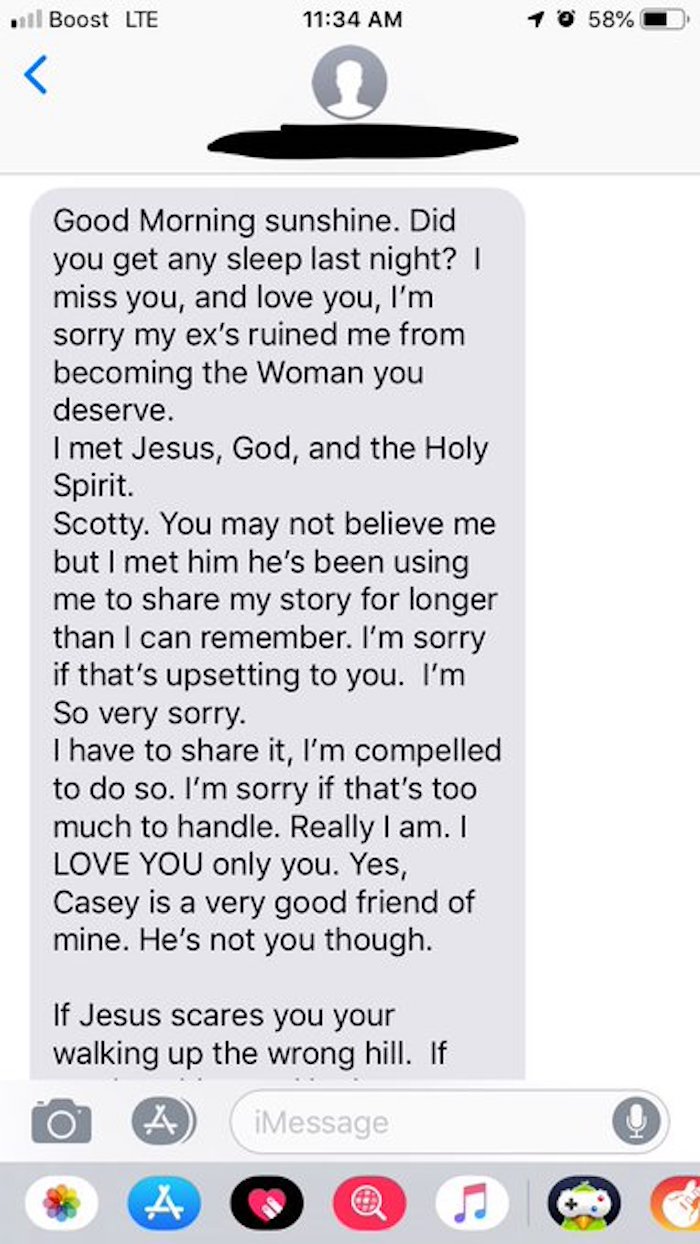 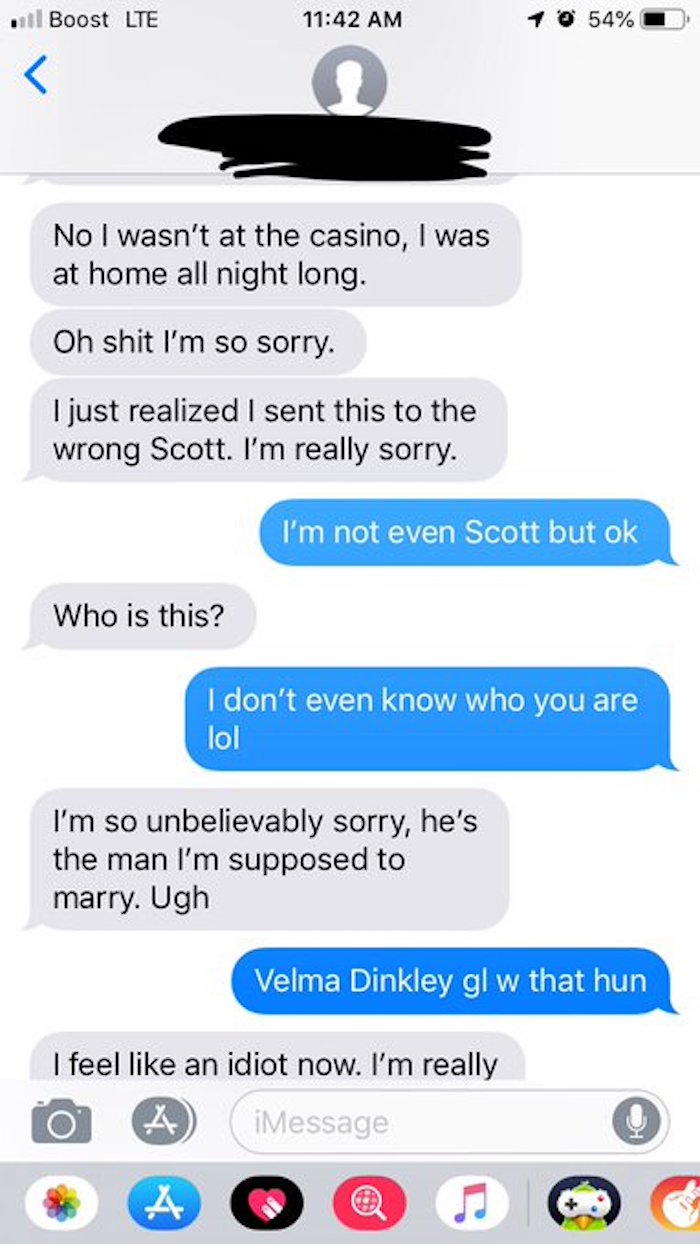 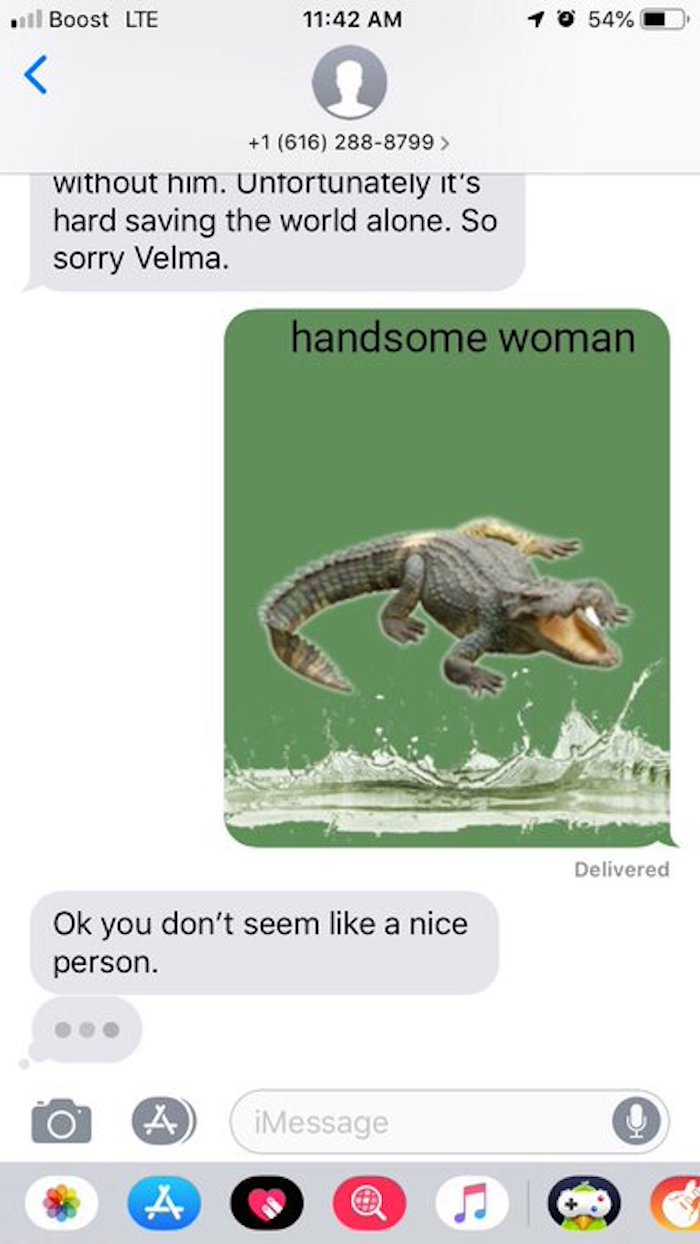 @HelloOfficer found the bright side to having a much used number, writing, “I live in Pennsylvania and purposely got a Hawaiian number to spot scam calls. Whoever had this number before me has a lot of family and they text me CONSTANTLY. She also owes a LOT of creditors apparently. At least I’ve got travel advice for Hawaii if I need it.” 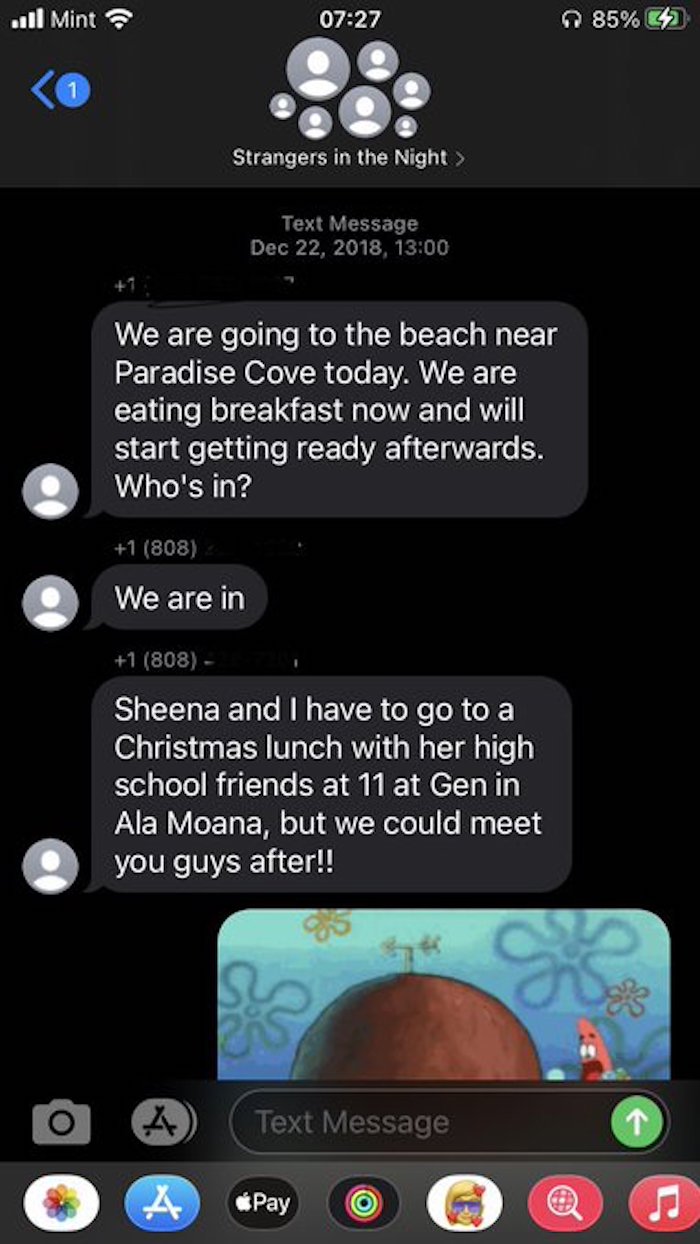 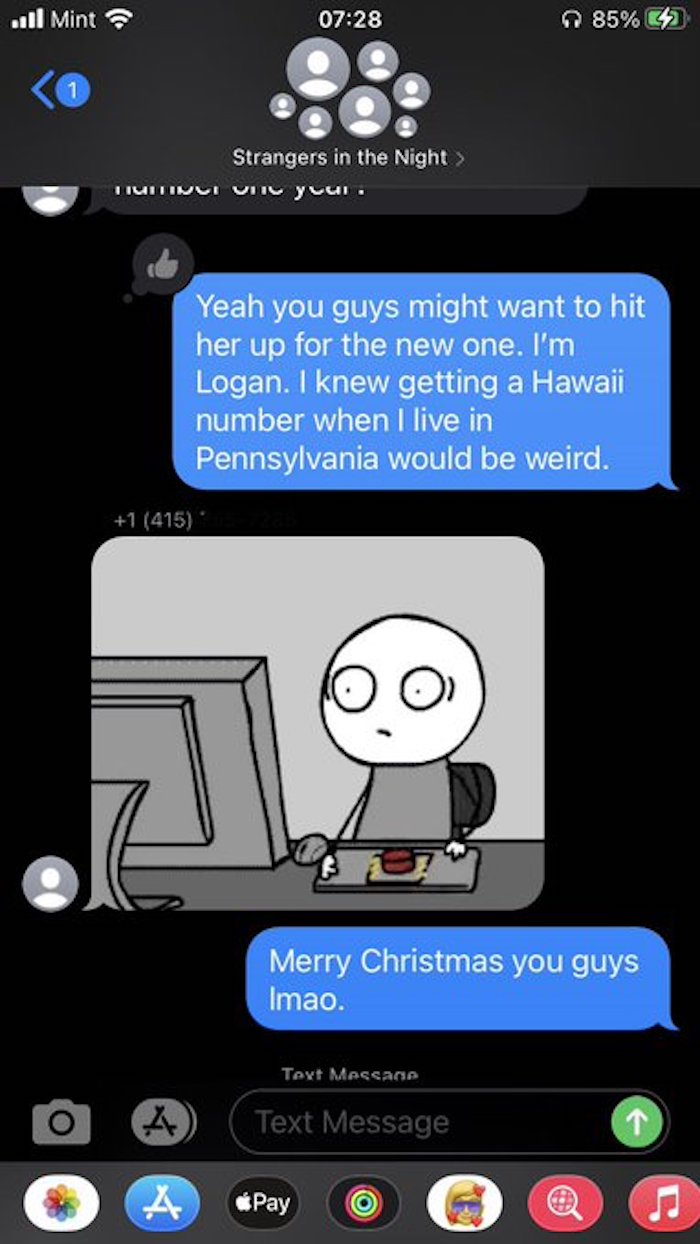 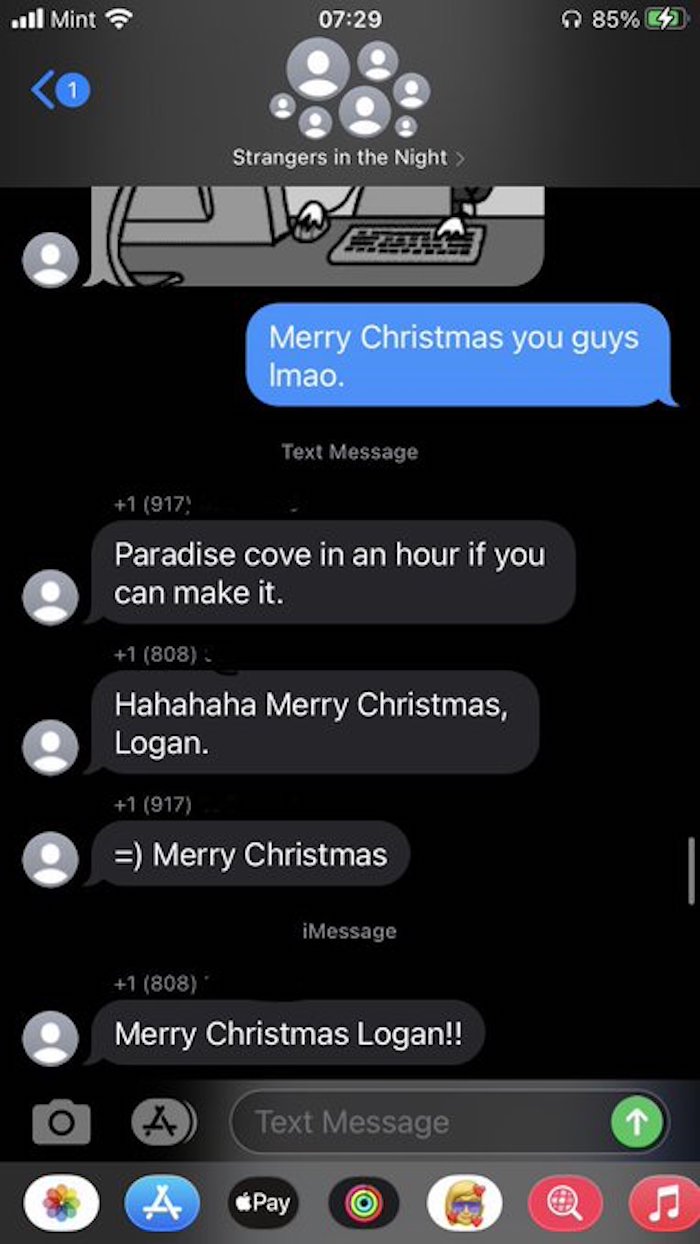 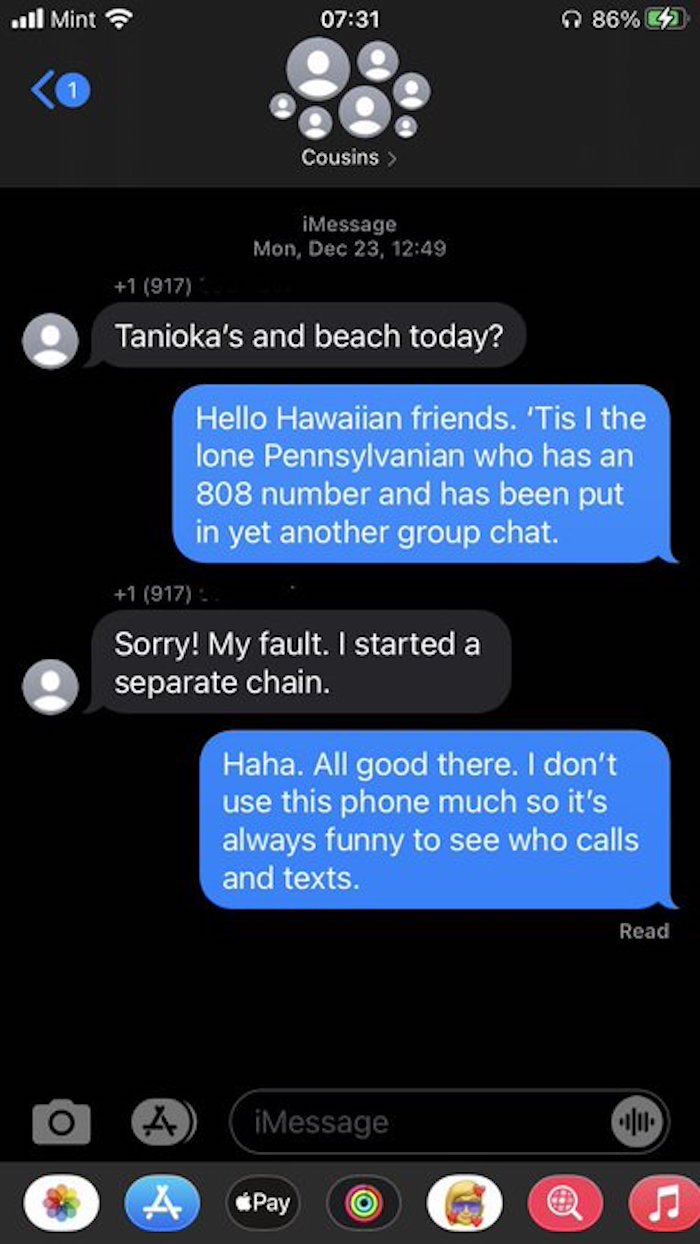 Dang. I am really caught up between being totally creeped out and being completely envious. I don’t want to be stalked by a bunch of angry unknown numbers or bizarre couples, but it would be nice to get some attention. At the very least someone I actually know should text me!