I went to a Catholic all-girls high school in the 90s, and everything revolved around sex. I think they found a way to incorporate all the reasons we should not be having sex into every class, including math. They made it seem that if we even looked at a penis, we’d automatically become pregnant as contract every single STI.

Well, on TikTok a woman has gone viral for her unusual pregnancy story that I am sure my high school would have retold us a thousand times. See, this woman got pregnant—without having sex.

And that is how i have a 5 year old son. #makeitstop #pregnant #fyp #pregnancy #story #storytime #mystory #funny #fml

When Samantha Lynn Isabel was 19 years old, she had a late period. She didn’t think too much about it, considering the fact that she and her boyfriend had never had sexual intercourse—and that she was a virgin. They’d fooled around, but never went all the way. 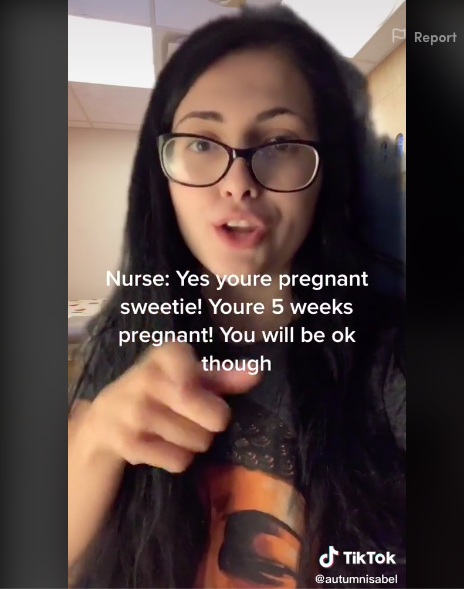 Just to be sure, Samantha took a pregnancy test. To her surprise, it came back positive. She took another one just to be sure, but it was also positive. All subsequent tests said the same thing. And then her doctor confirmed the pregnancy: she was five weeks along. 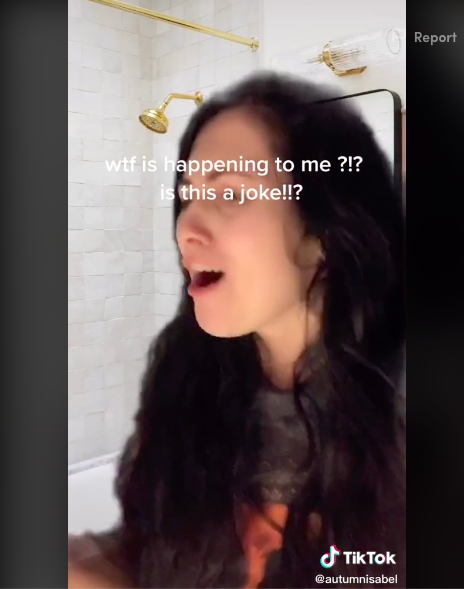 “I did not feel ready to have a child,” Samantha said. “I had dropped out of high school twice due to my anxiety disorder, [but] went back to finally finish. I [also] had intentions of going to college after graduation.”

Samantha considered abortion, but she decided having the baby was the right choice for her.

“I was just nervous I wouldn’t be able to give him everything. But he has it all and more,” she said. The baby, named Bentley, is now five. She’s still with her boyfriend, Alex. They also have a baby boy named Theo who is turning one next week. Theo was not a virgin birth, Samantha added.

If you’re wondering how this is possible, the answer is science and extremely bad luck.

“Sperm has to get into a vagina in order for pregnancy to happen,” Dr. Jennifer Lincoln told BuzzFeed. “It doesn’t matter what puts it there — whether it’s a penis, finger, turkey baster, you name it — but once it’s there, it can travel through the cervix, into the uterus, and rendezvous with an egg in the fallopian tube and fertilize it.”

I can just hear those nuns at my high school cackling with glee.